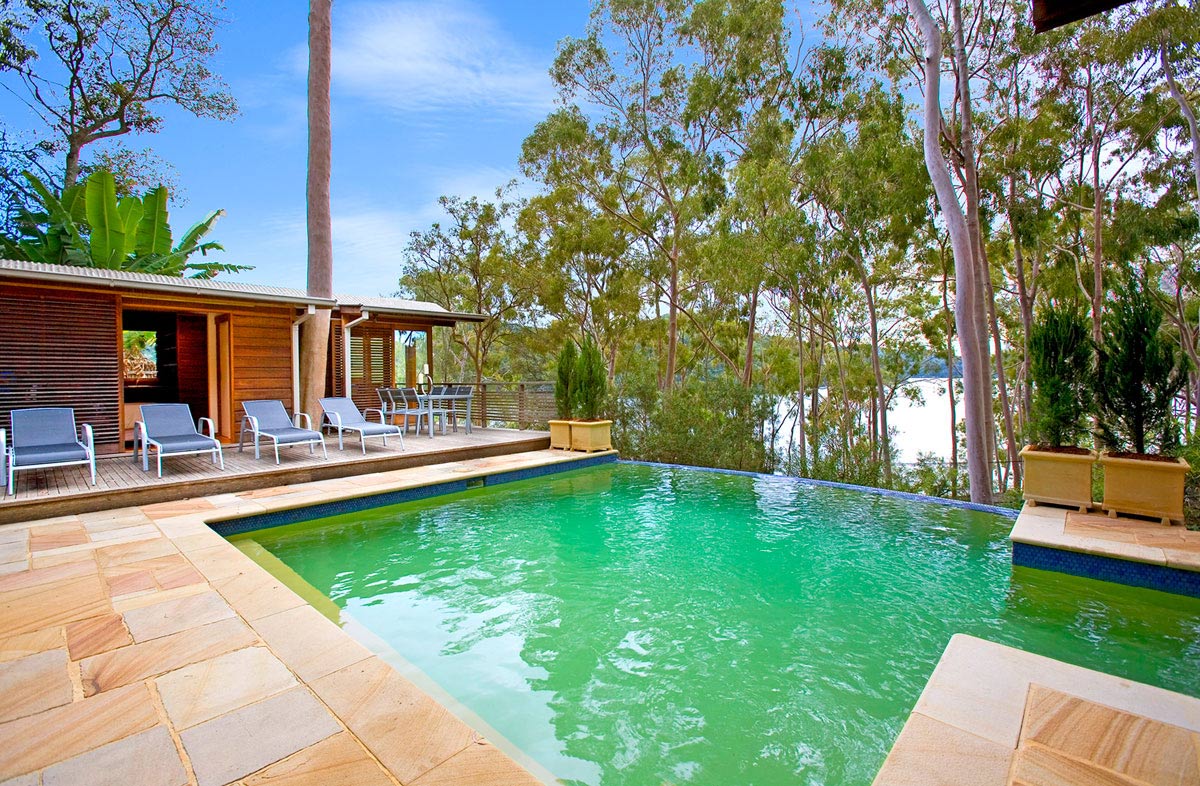 The Treetops holiday home was designed by the renowned Australian architect Bruce Rickard. This fabulous holiday home is available to rent and is also for sale, more information can be found here.

Treetops is located in Cottage Point, a small suburb of Sydney, Australia. 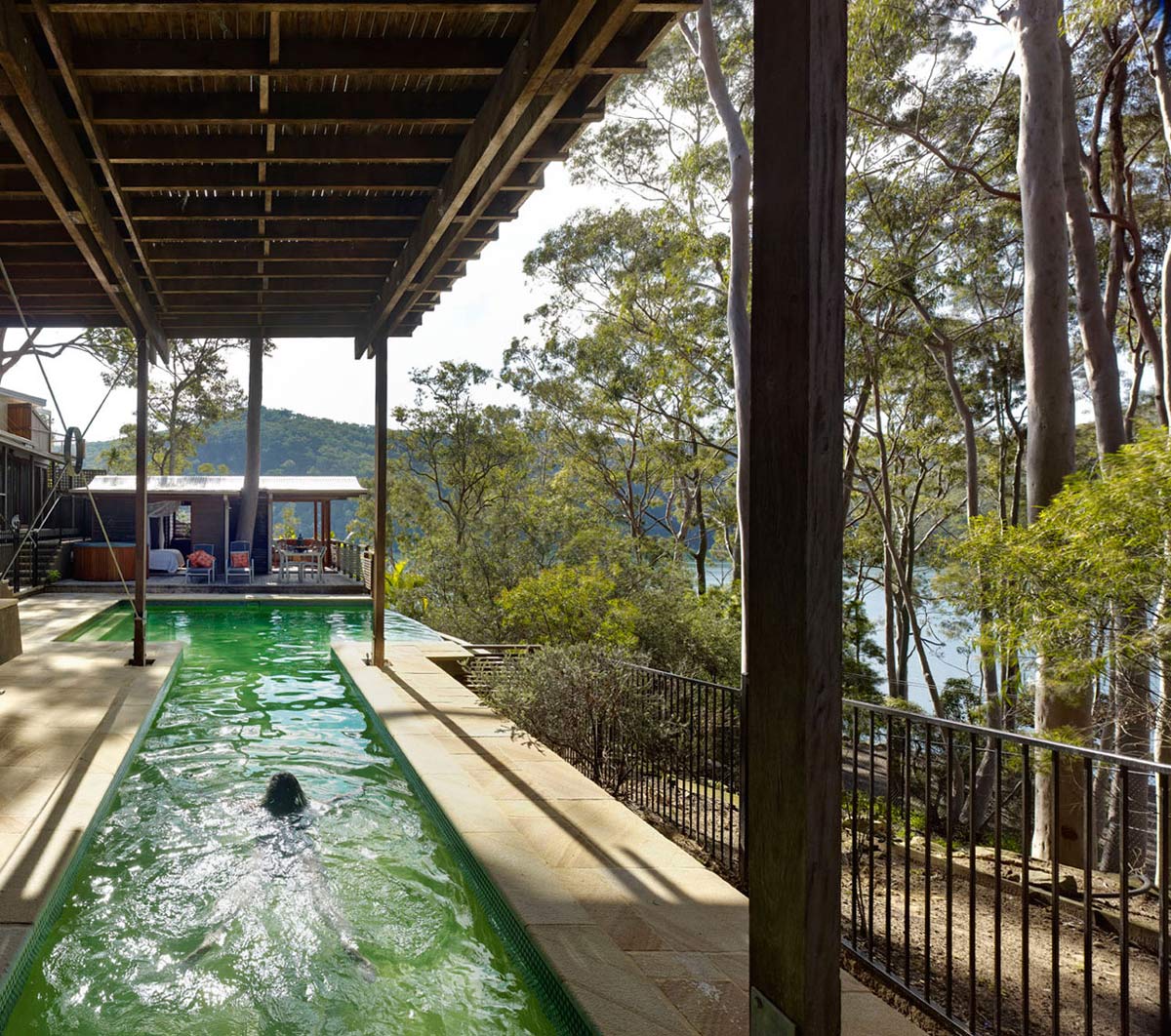 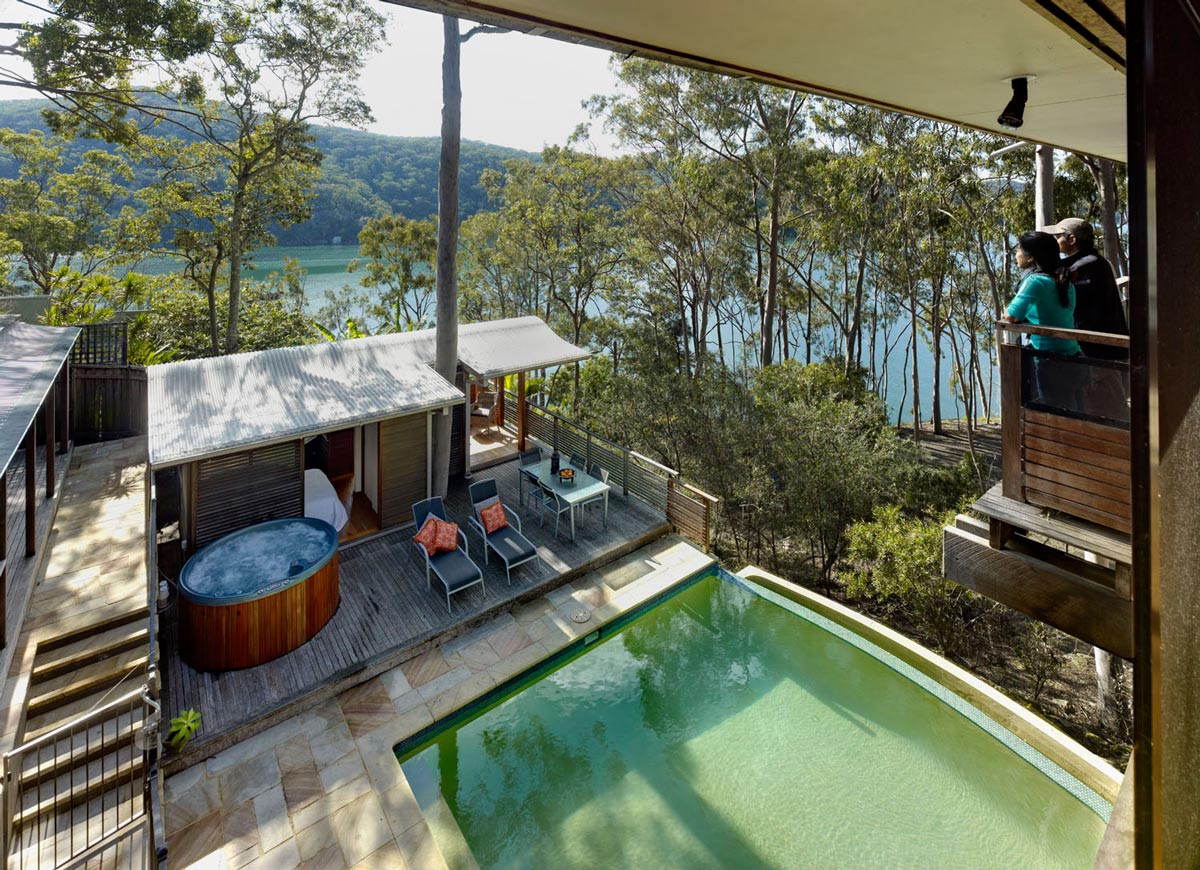 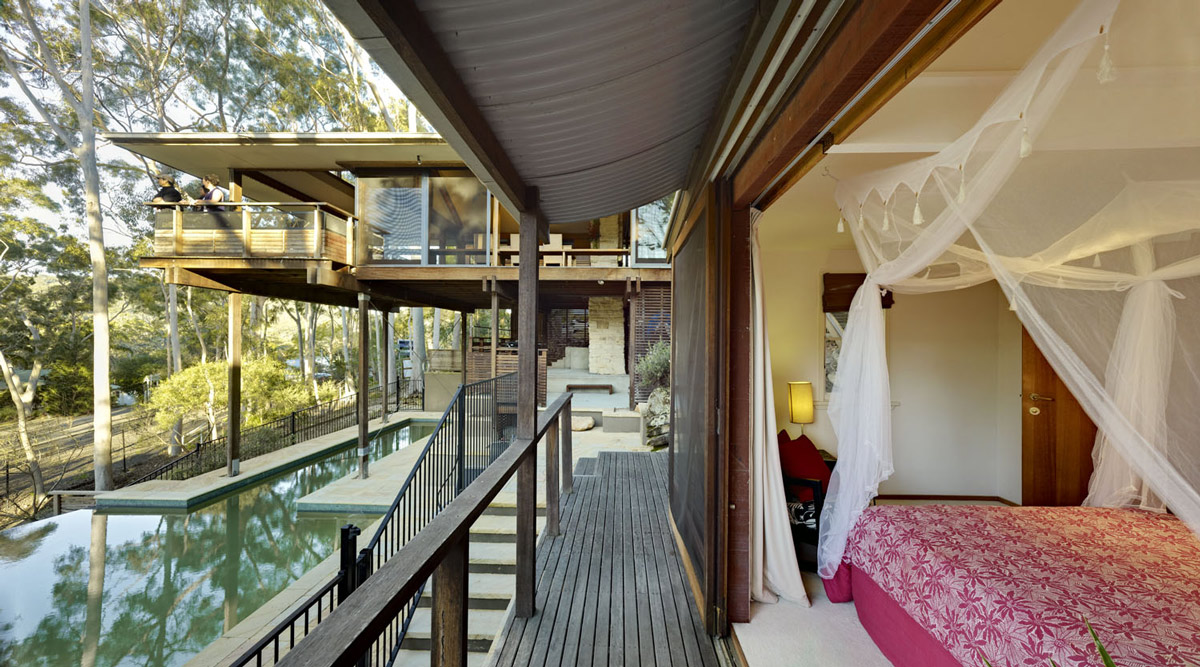 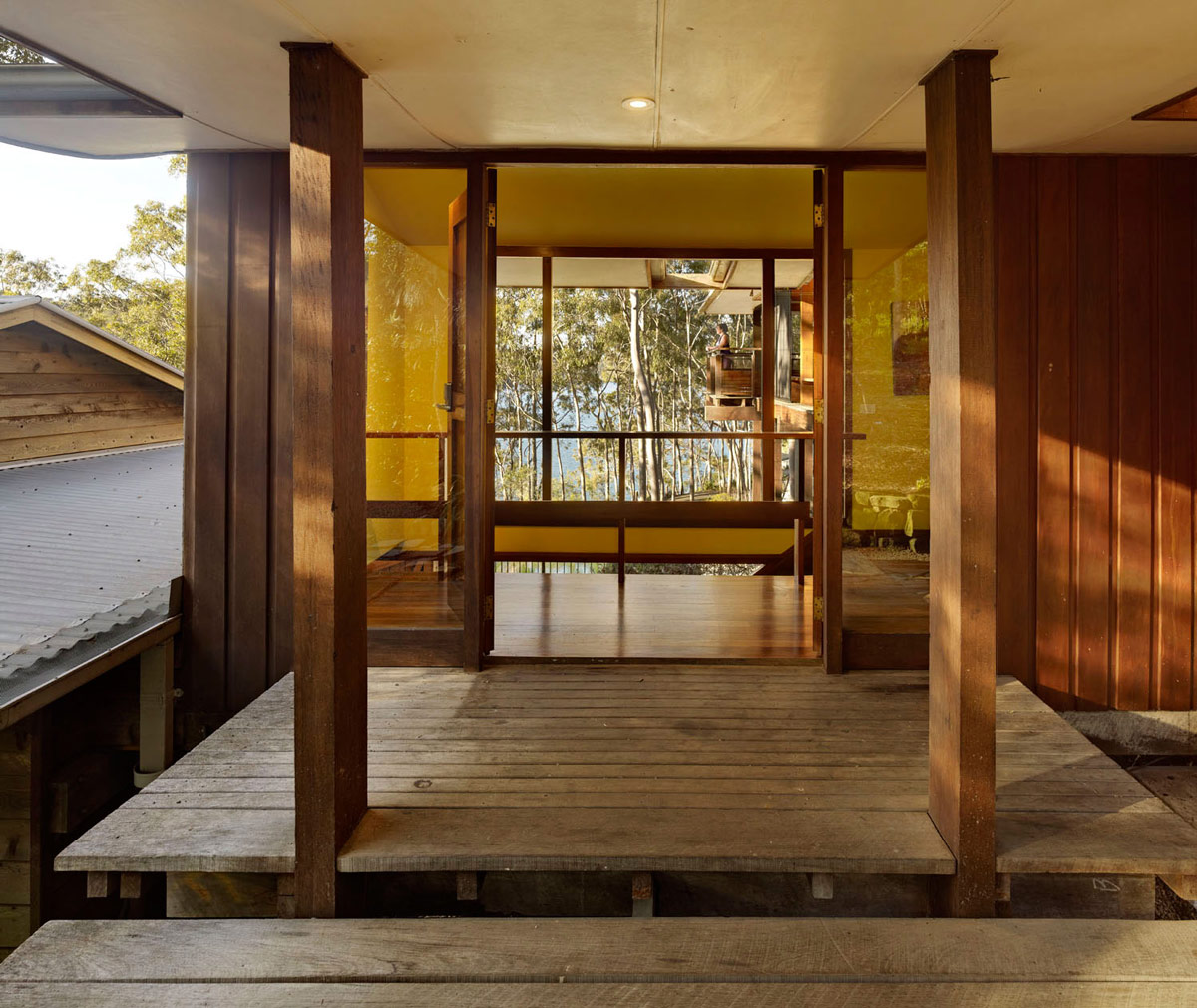 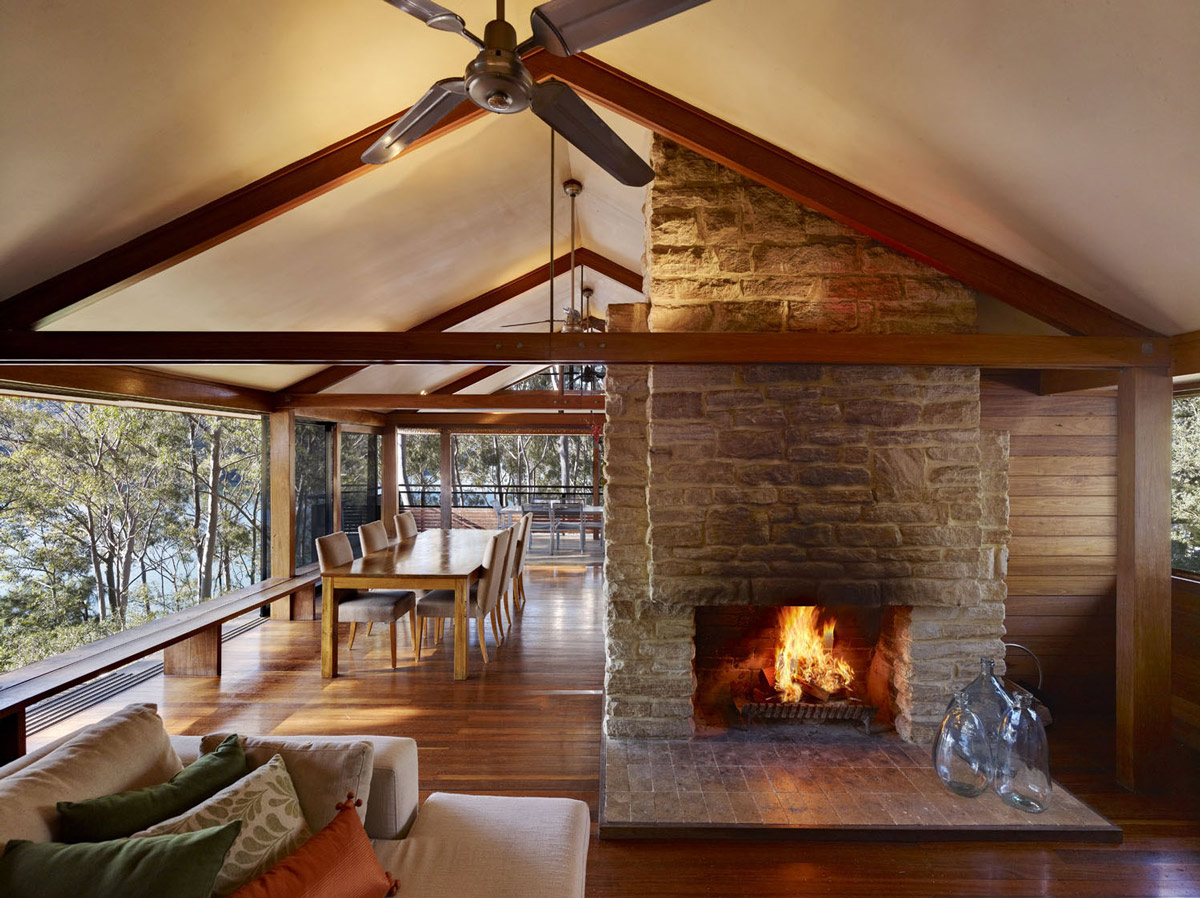 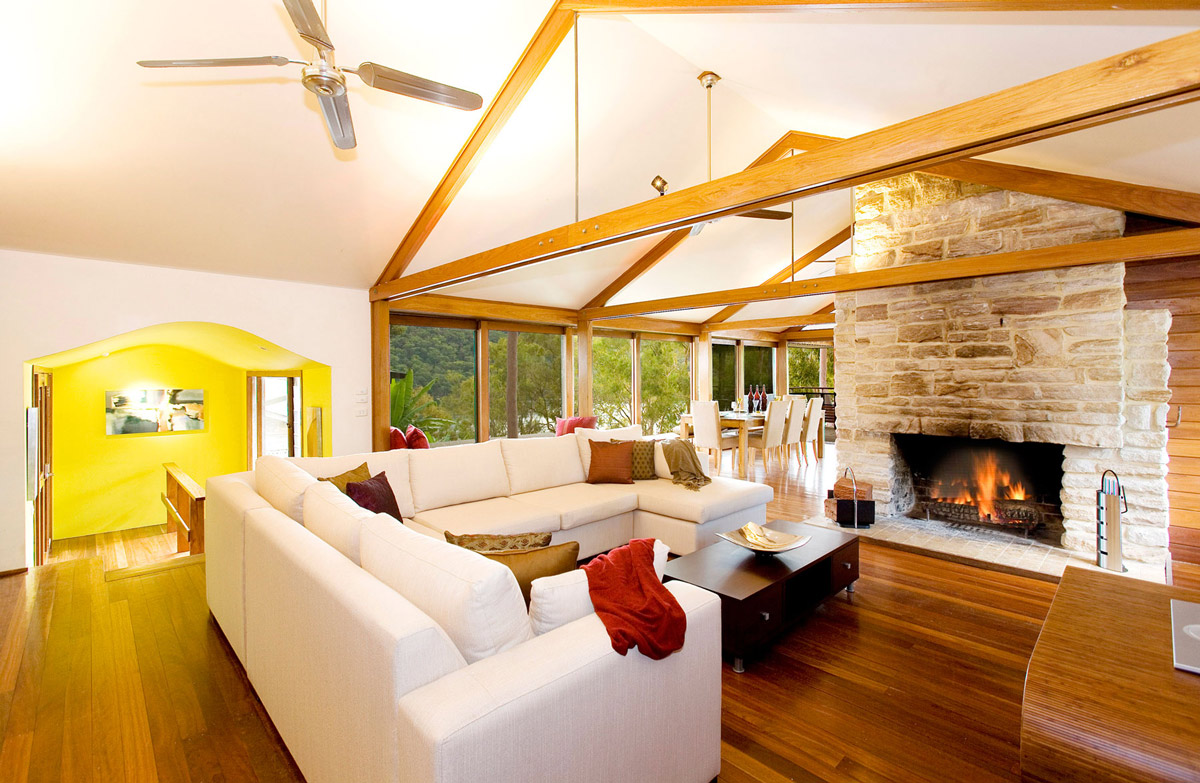 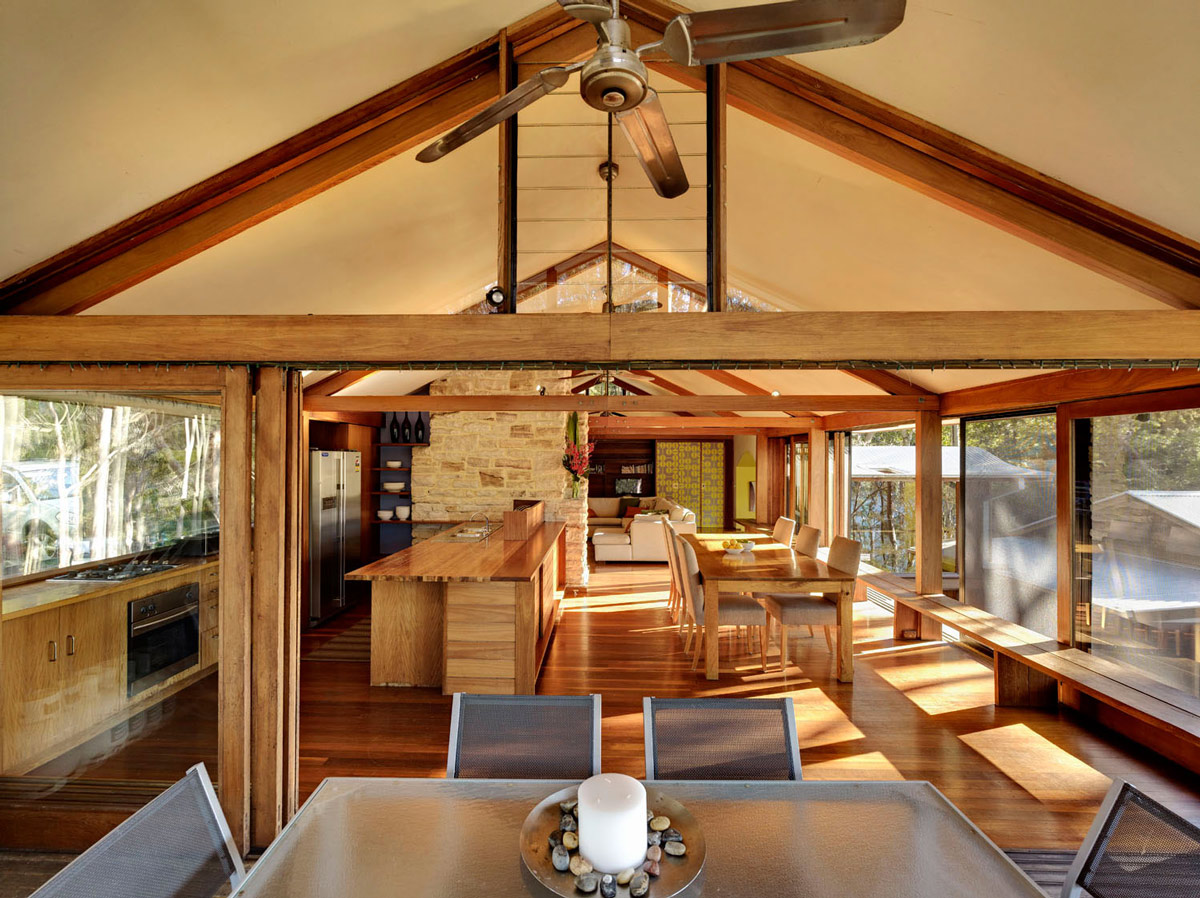 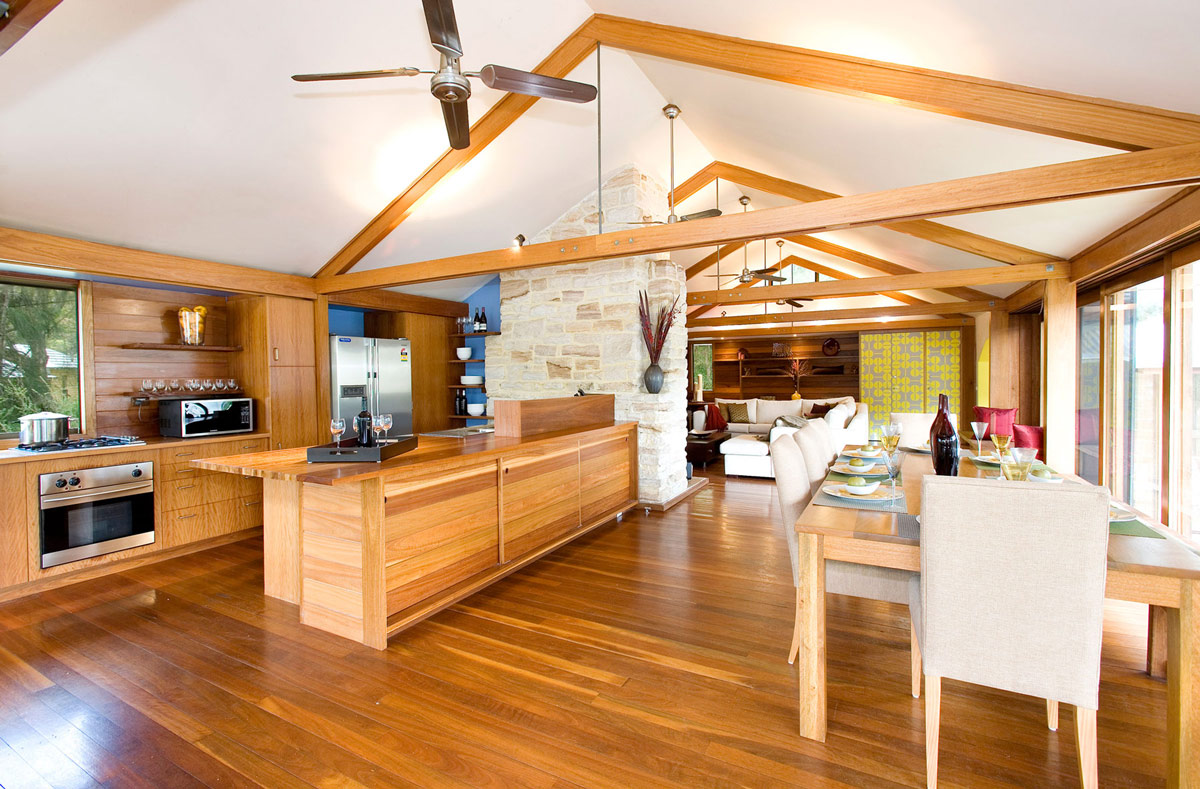 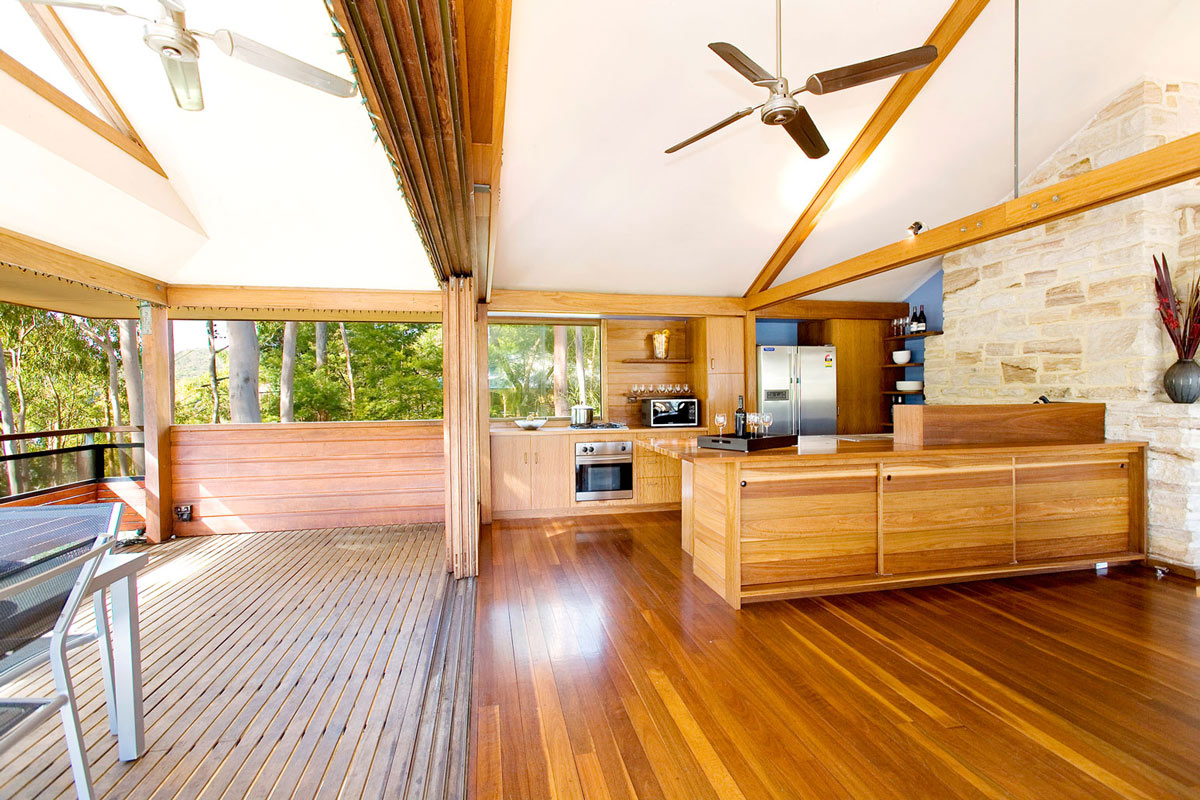 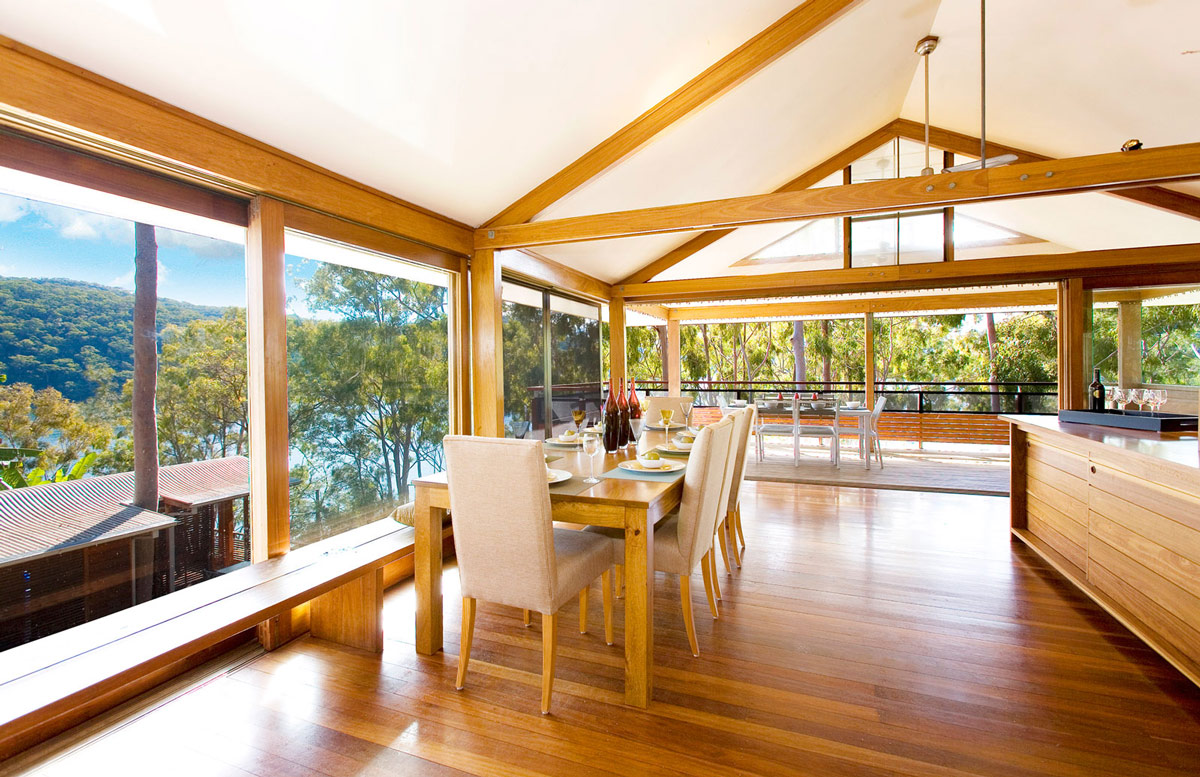 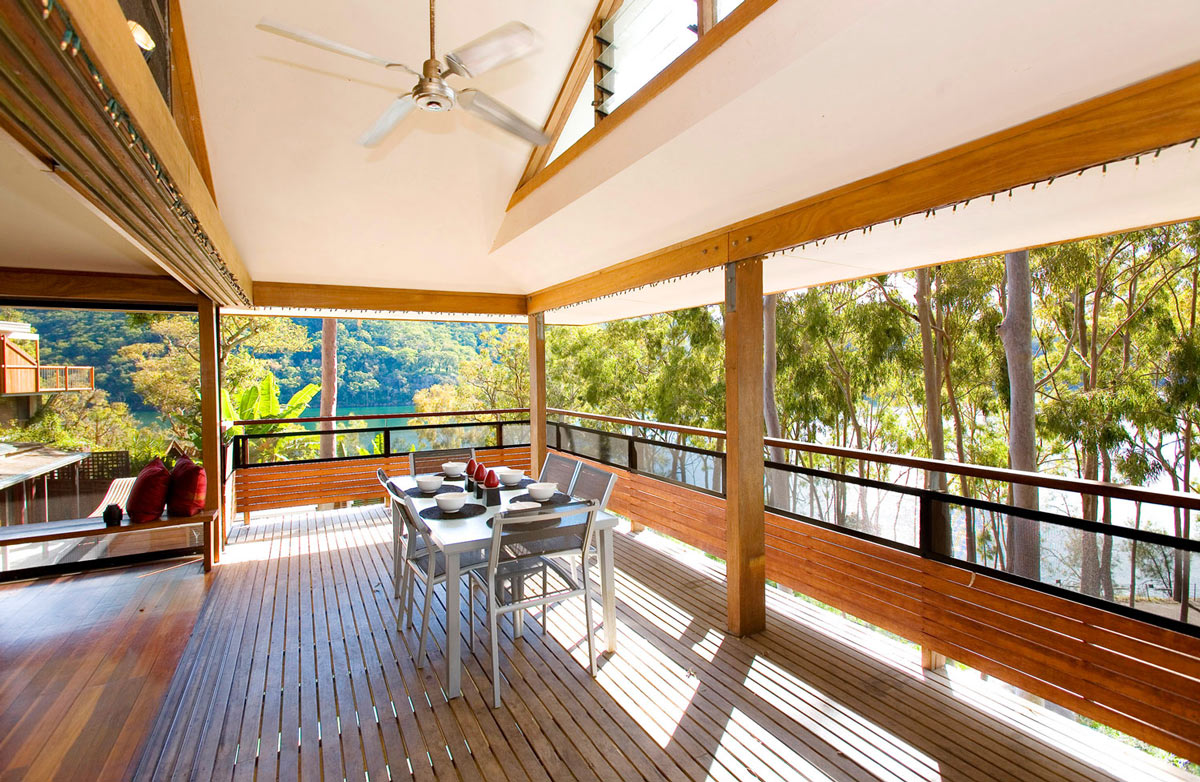 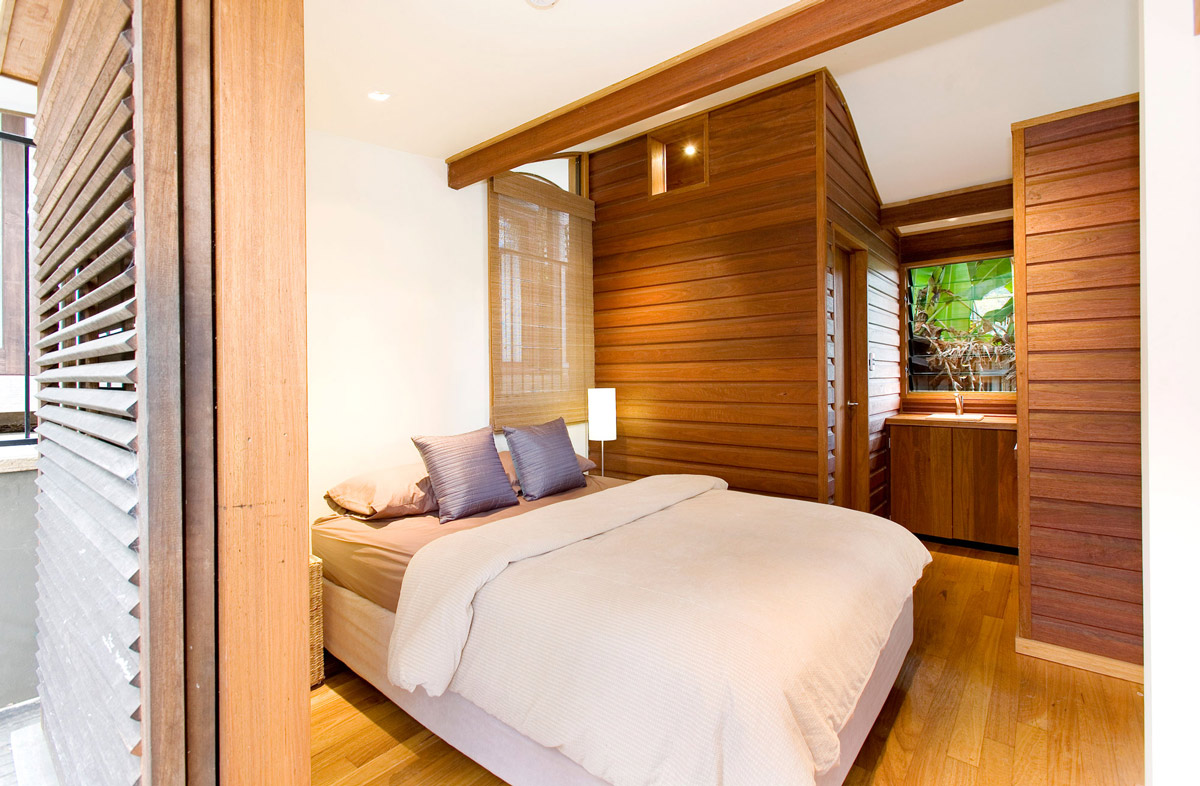 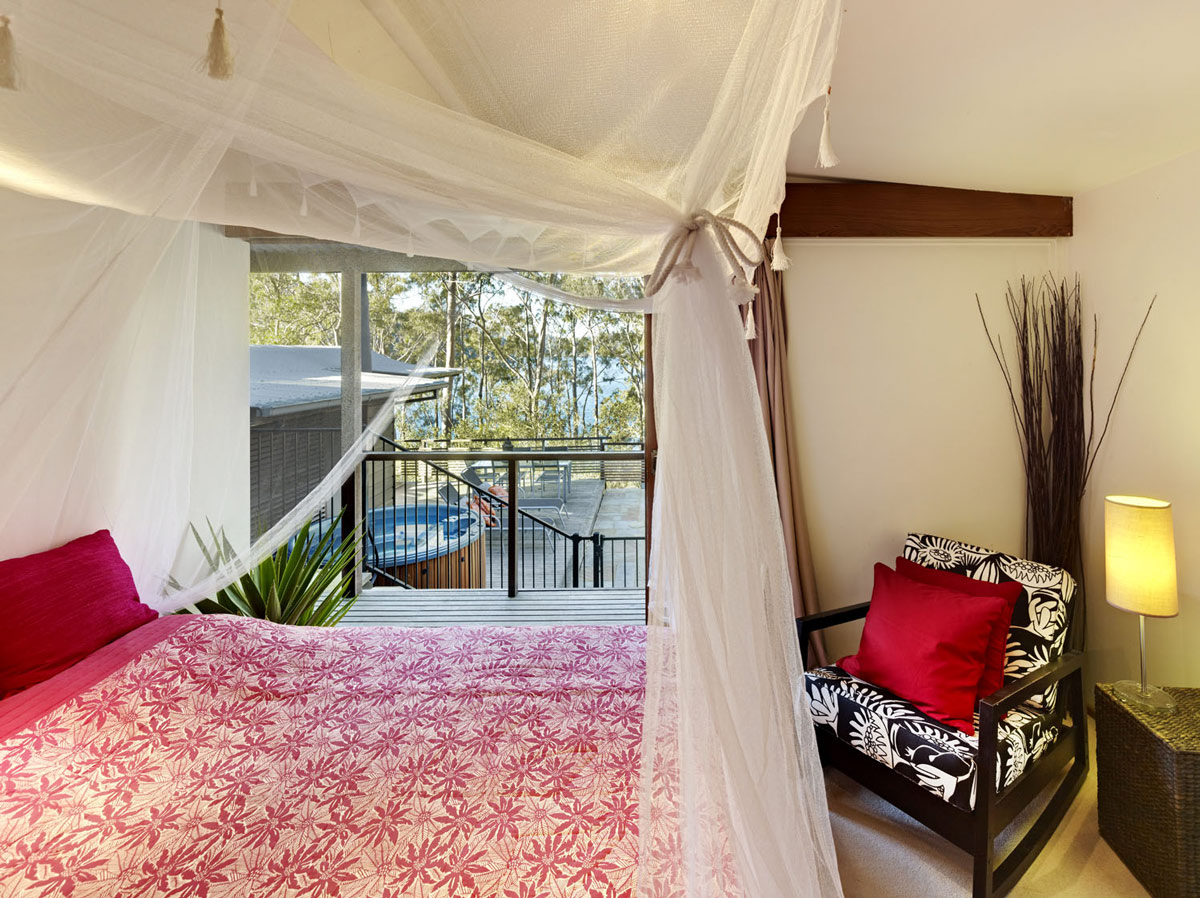 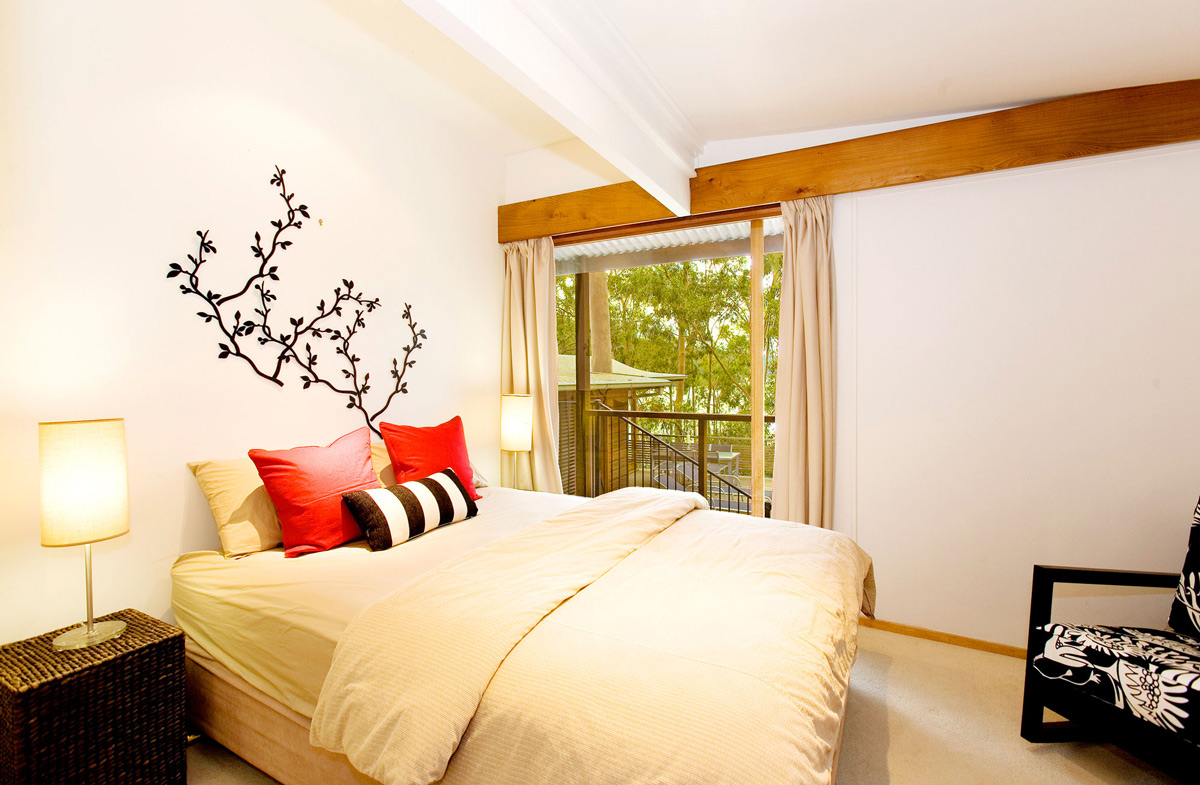 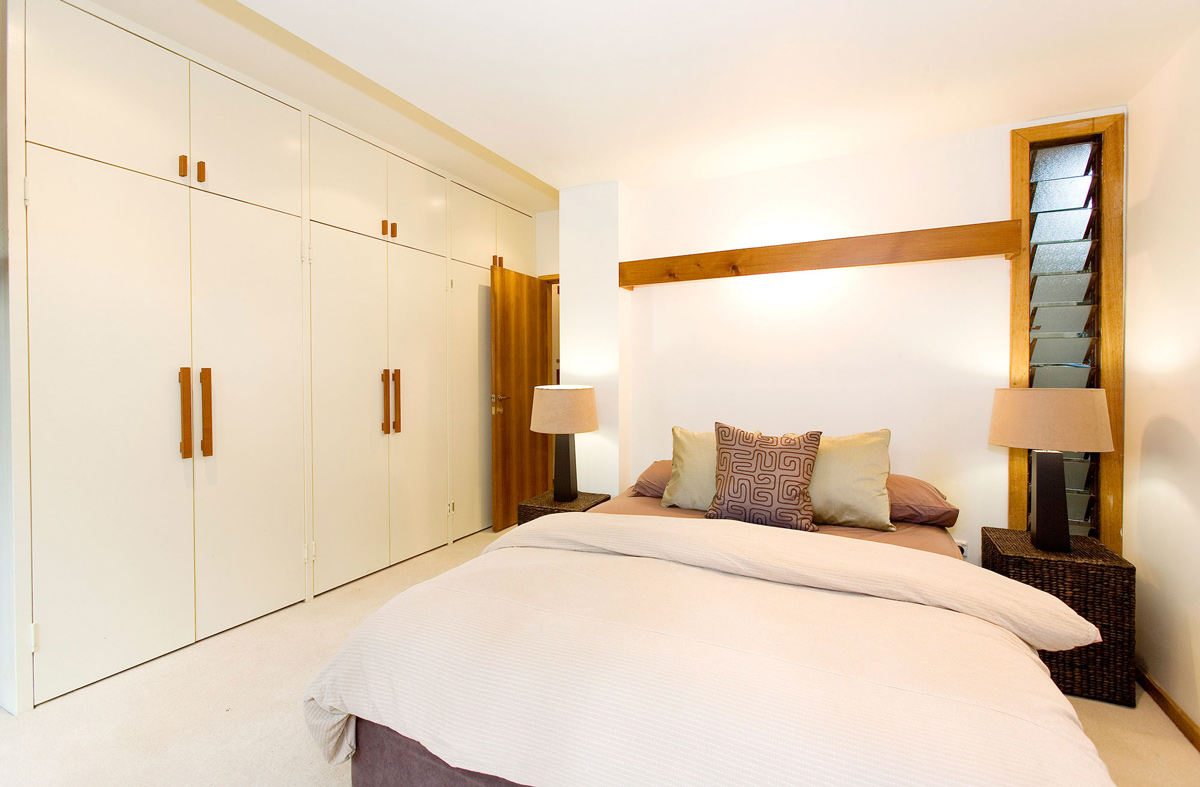 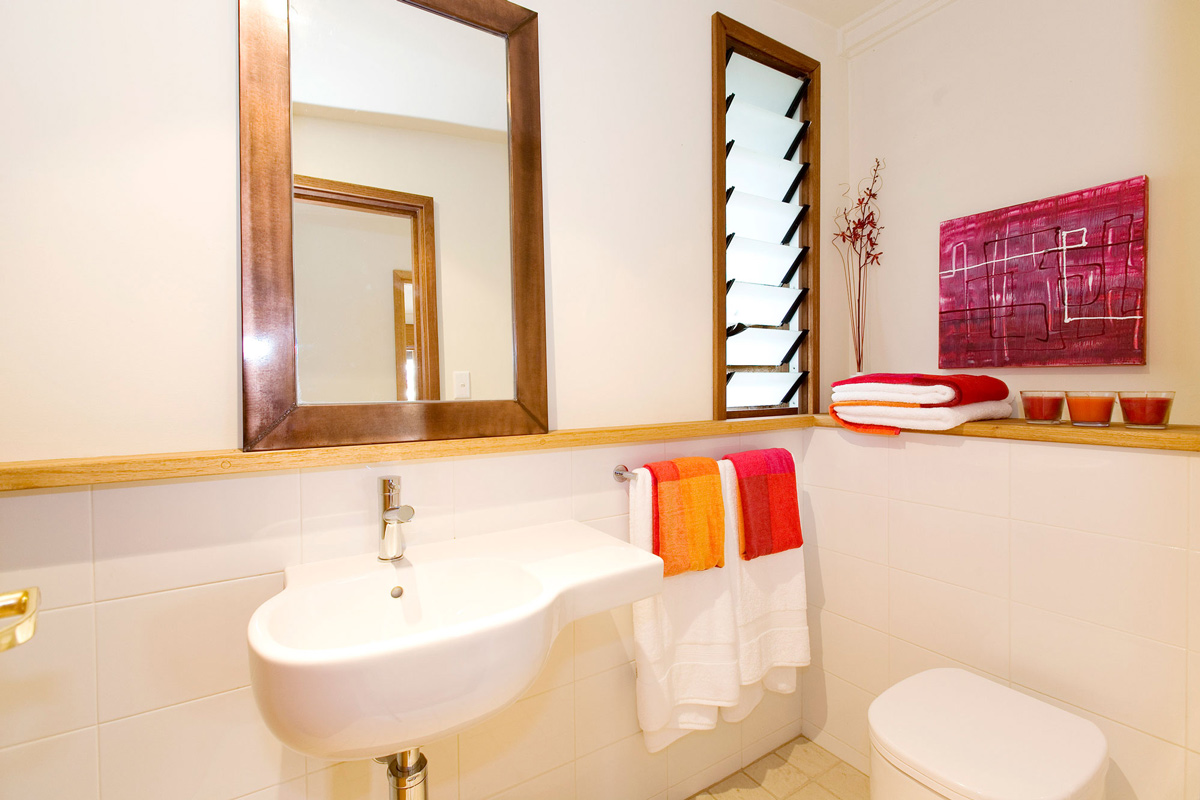 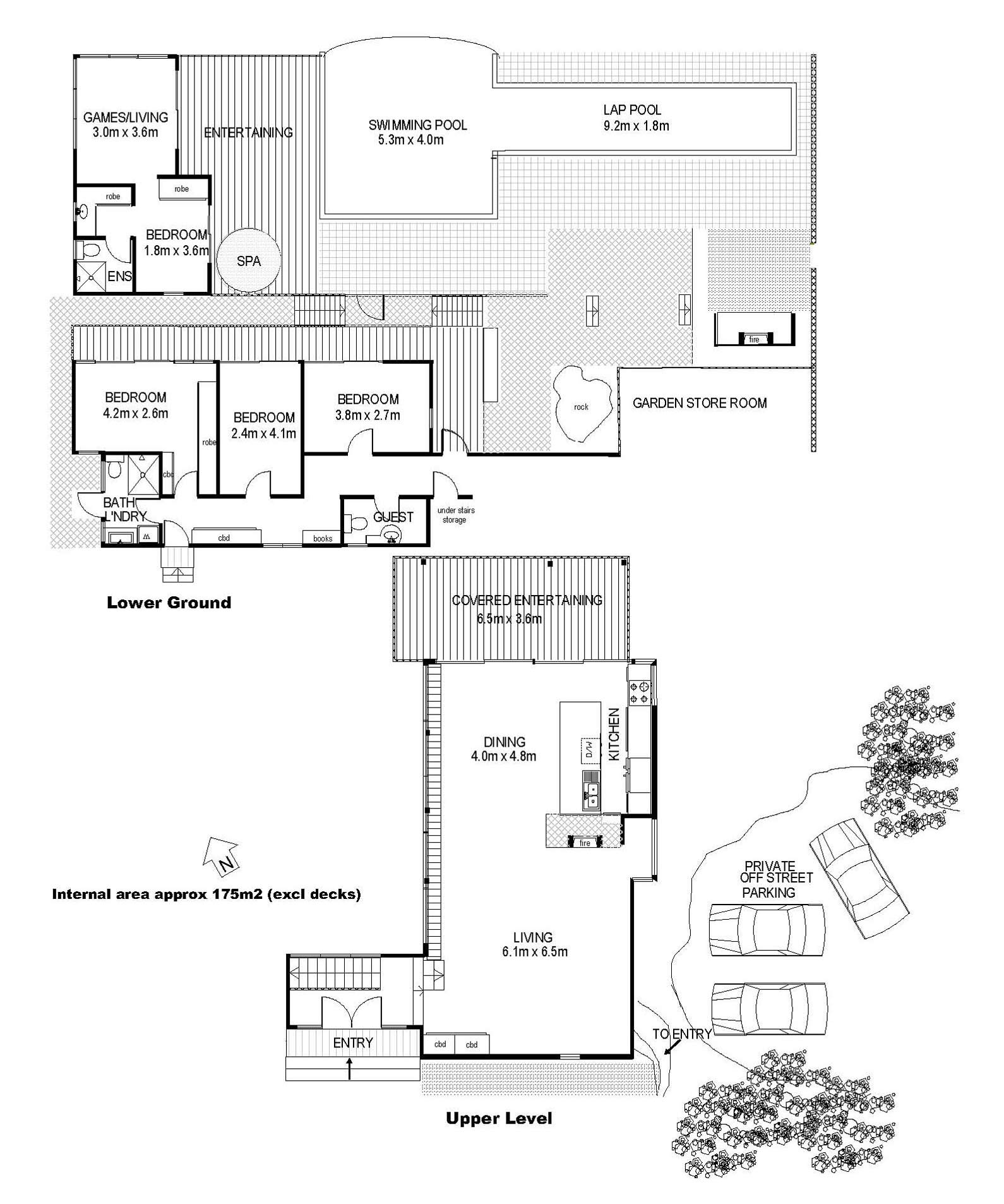 “Bruce Rickard built three houses for his family – the first at Warrawee (1959), the second at Wahroonga (1961) and the third at Cottage Point (1989-90). Rather than starting from scratch, the Cottage Point House was originally an old fibro cottage which Bruce Rickard used as a weekender and planned to extend. The idea was to convert the little cottage into bedrooms and, he said, “to build a new freestanding pavilion containing the living, kitchen and dining areas. The pavilion was elevated above the ground to obtain the view and without excavation so as not to disturb the ground.” The two buildings were connected by an entry porch and stairway, giving a lovely sense of separation between the zones.

As well as experimenting with timber columns and timber trusses at the Cottage Point House, he also played with roof forms, using an elegantly curvaceous profile on most of the building.
In each of his own houses, Bruce Rickard took the opportunity to experiment with various design elements and building techniques before using them on his clients’ houses. In the case of the Cottage Point House, he started employing a grid of timber columns for the first time, an idea he subsequently returned to a number of times. This allowed the house to be opened up in a way that hadn’t been possible before; letting it, essentially, blend quite effortlessly into the surrounding eucalypt tops and the quiet waters of Cowan Creek.

Its openness and the immediacy with its environment were the first things architect Genevieve Furzer noticed about the four-bedroomed split-level house when she and photographer husband Simon Kenny bought it 17 years ago, moving in with their three young children. “It was so close to nature, you could really interact with it,” she says. “Apart from the wildlife, it was things like lying in bed and watching the moon rise that made it a very special place to be.”

Like all Bruce Rickard houses, it’s incredibly liveable. For a start, it faces north-east, to capture winter sun and minimise heat in summer. “I reckon if you put all my houses together, they’d look like iron filings, all facing the same way,” he said in an interview with Belle magazine. Windows are situated to get the best cross breezes, and the carefully positioned wide eaves of the house cut out harsh summer sun and allow in winter light. “I wasn’t doing all that for what you’d call ‘ecological’ reasons,” he said. “I was looking at it from a different viewpoint, it was more for human comfort and for visual and aesthetic reasons. It was for the sheer pleasure of having a house that was warm in winter, cool in summer.”

On top of that, it’s a house that’s broken into quite distinct zones, on different levels and, in some cases, completely separate from each other – but all cascading around a courtyard with swimming pool.

It’s a house that works beautifully for family life, human in scale and with a balance of open spaces and private areas. It’s also a house in which, although close to the city, life can begin to feel like a holiday – walking straight from the bedrooms to a terrace or having dinner on the covered veranda, you feel a million miles from anywhere; sitting in the living area, all you can see are trees and the water.

Equally, with the built-in seating running the length of the living area, and the ease of access between inside and out, it’s a house that is brilliant for parties – unsurprising, given Bruce Rickard was one of the most sociable people you could imagine. “You could have 100 people there so easily without moving a piece of furniture,” says Genevieve Furzer. The living pavilion is surprisingly adaptable, a space that takes on a different character at different times of the day and night, and under different conditions. It’s closed on two sides – the side facing the street, for privacy, as well as on the south-west side. In the centre of the room is a monumental stone fireplace which, in essence, divides the room into the “night living area”, as Bruce Rickard described it, “in a rather closed space on the southern end” with the far more open kitchen, dining and veranda area at the other.” 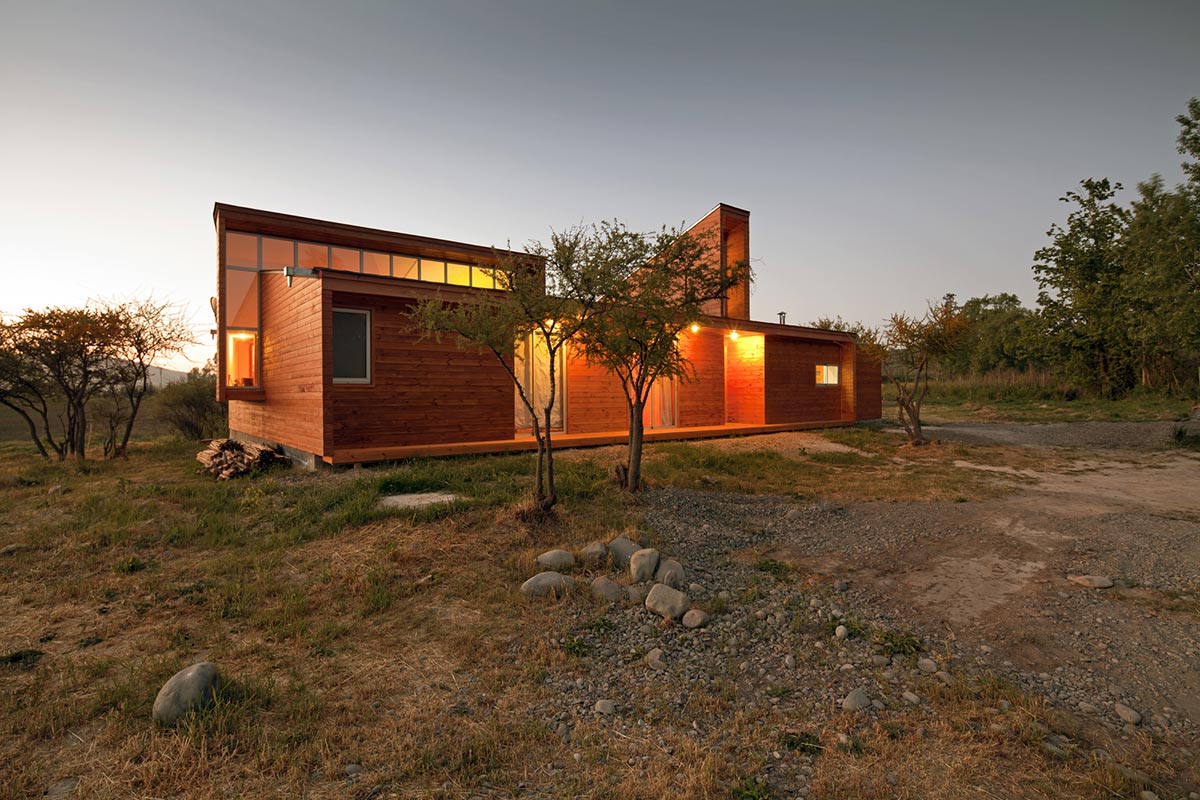 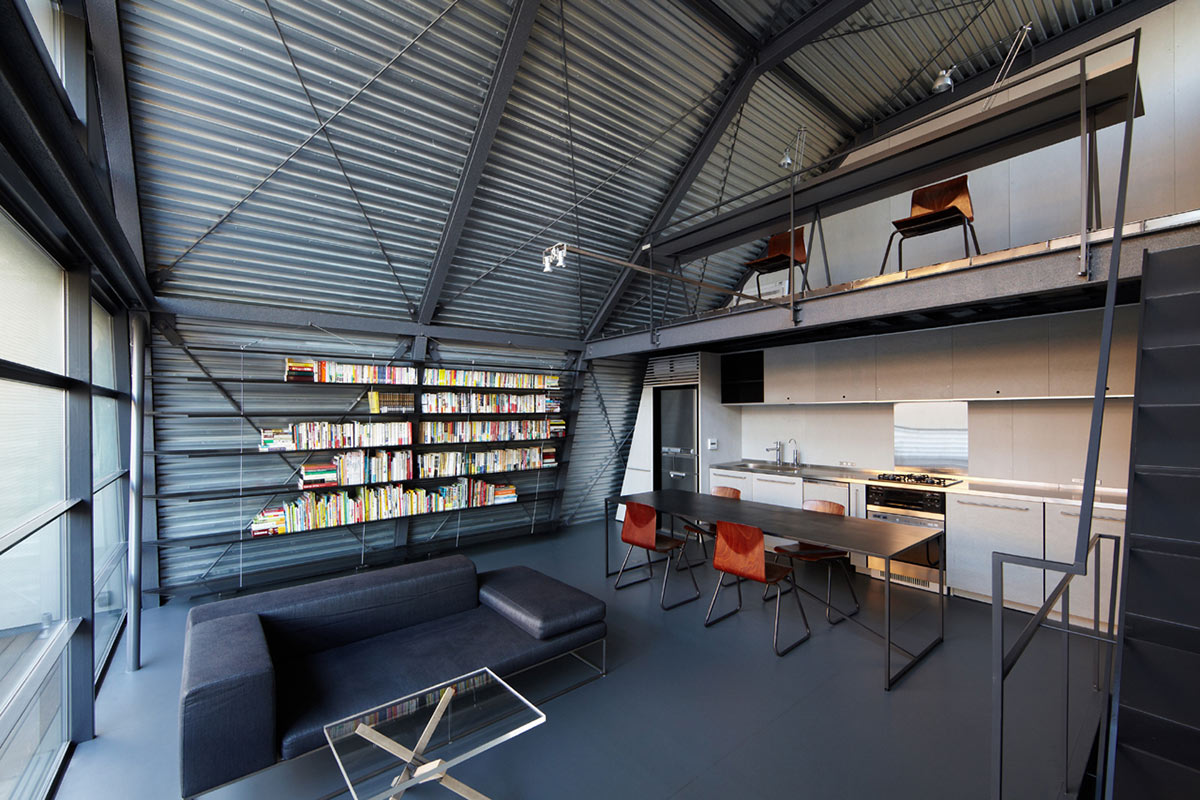 Compact Modern Home in the Heart of Tokyo 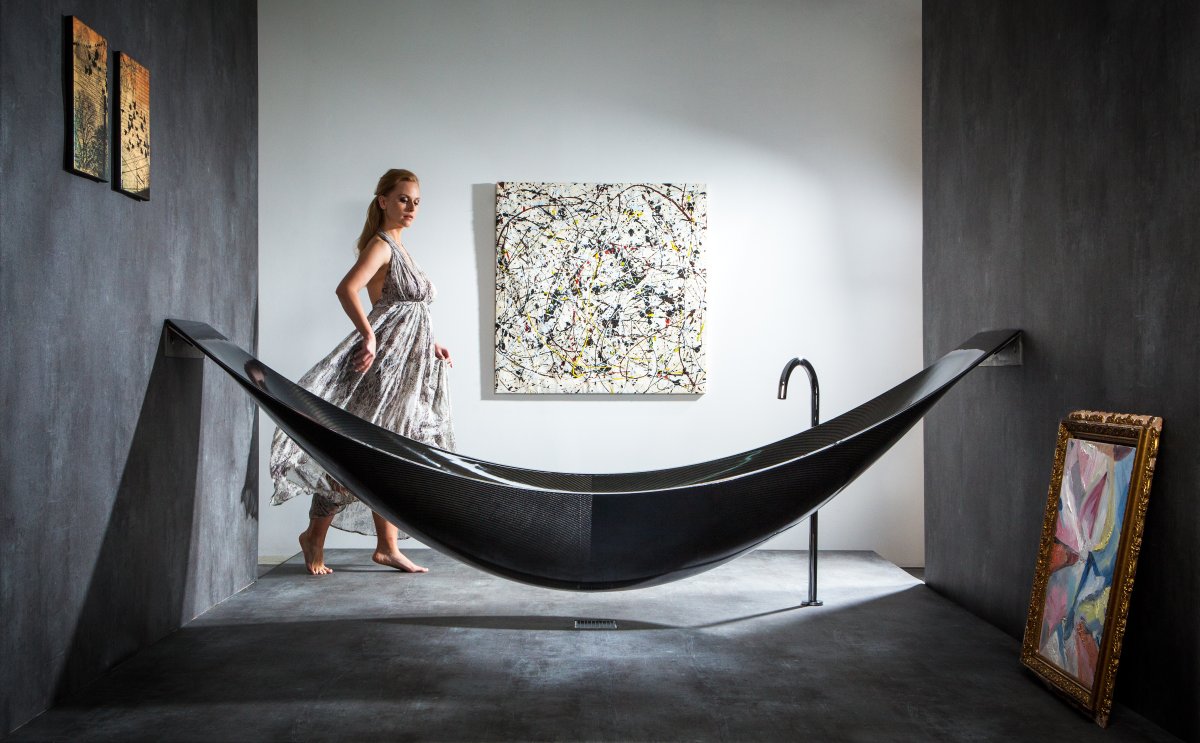 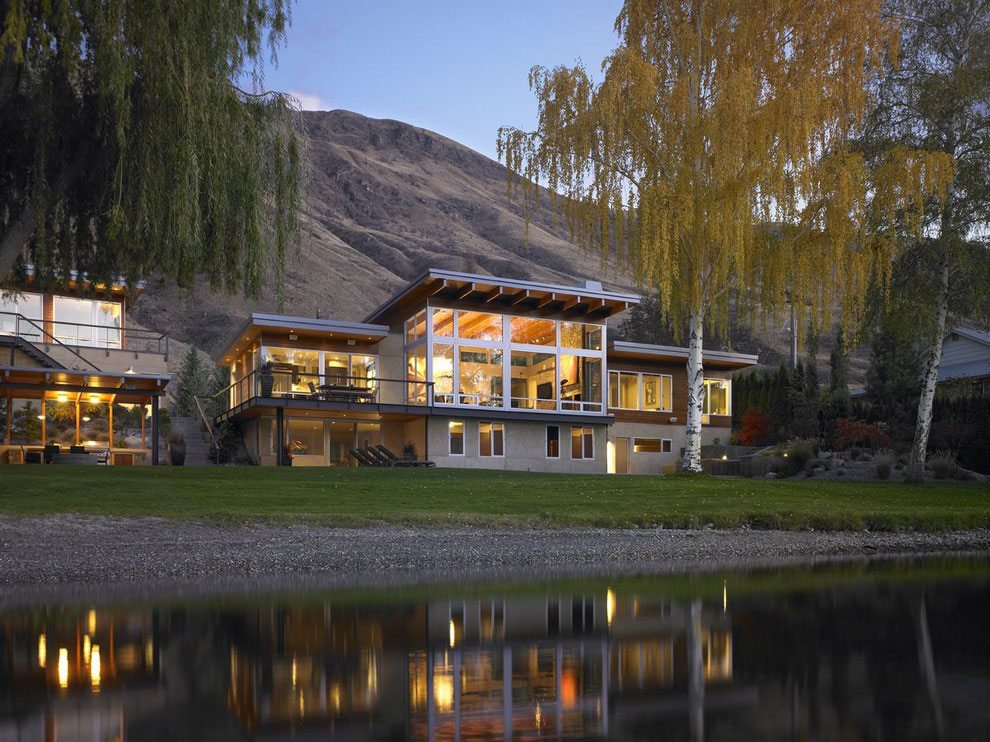 Exquisite Home on the Columbia River in Washington 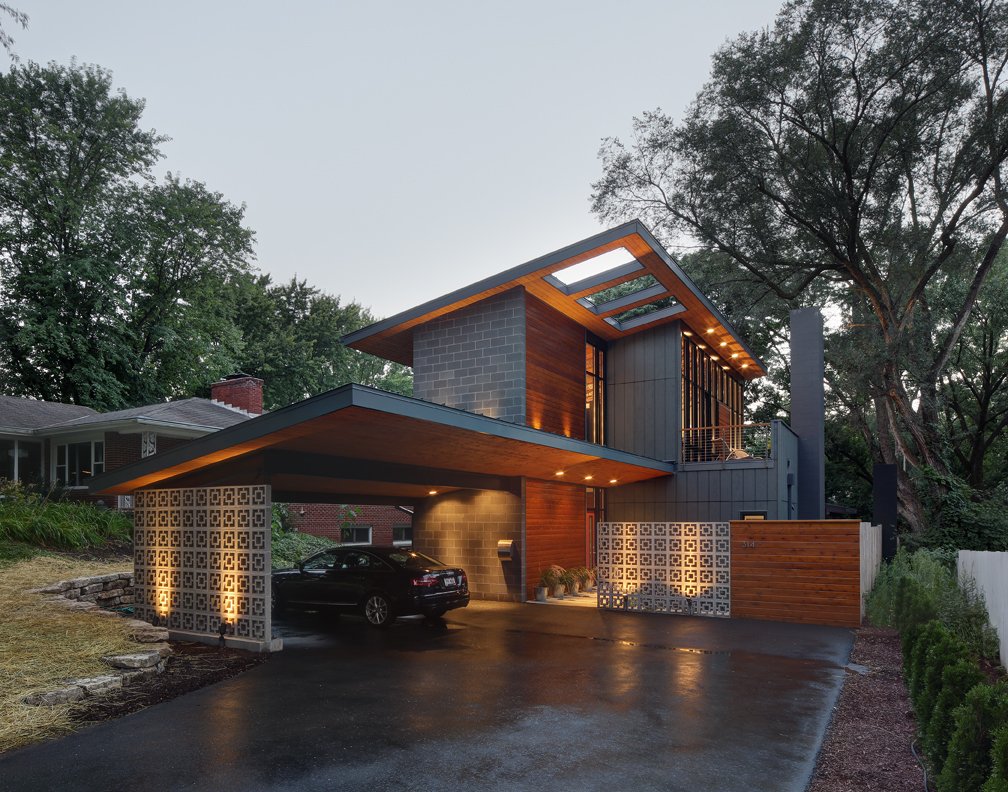 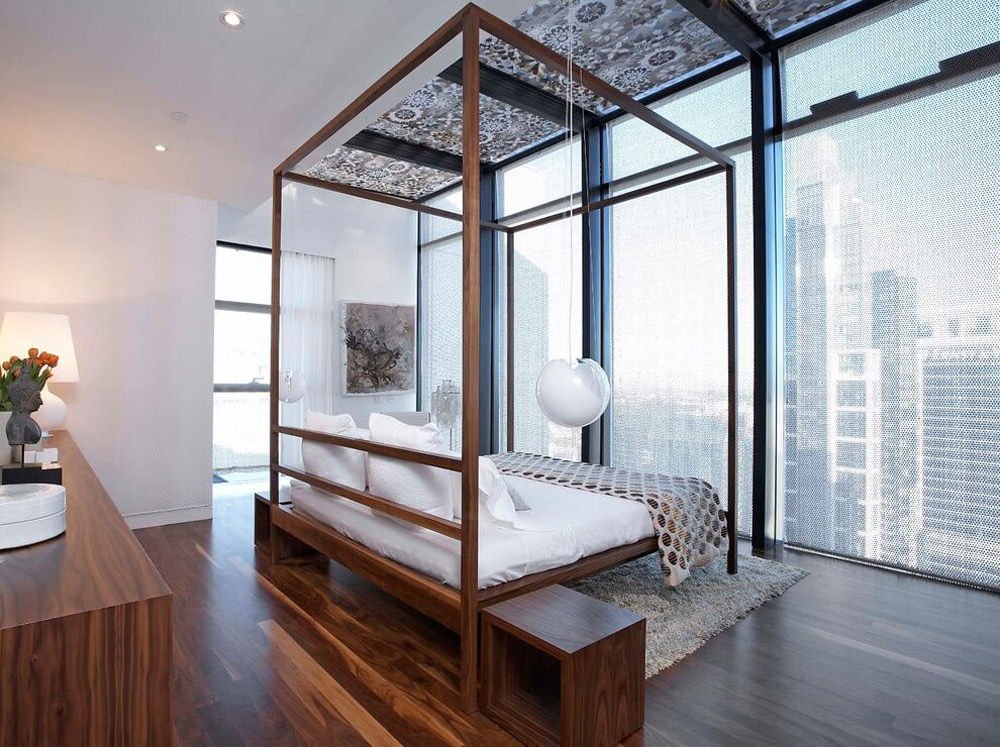