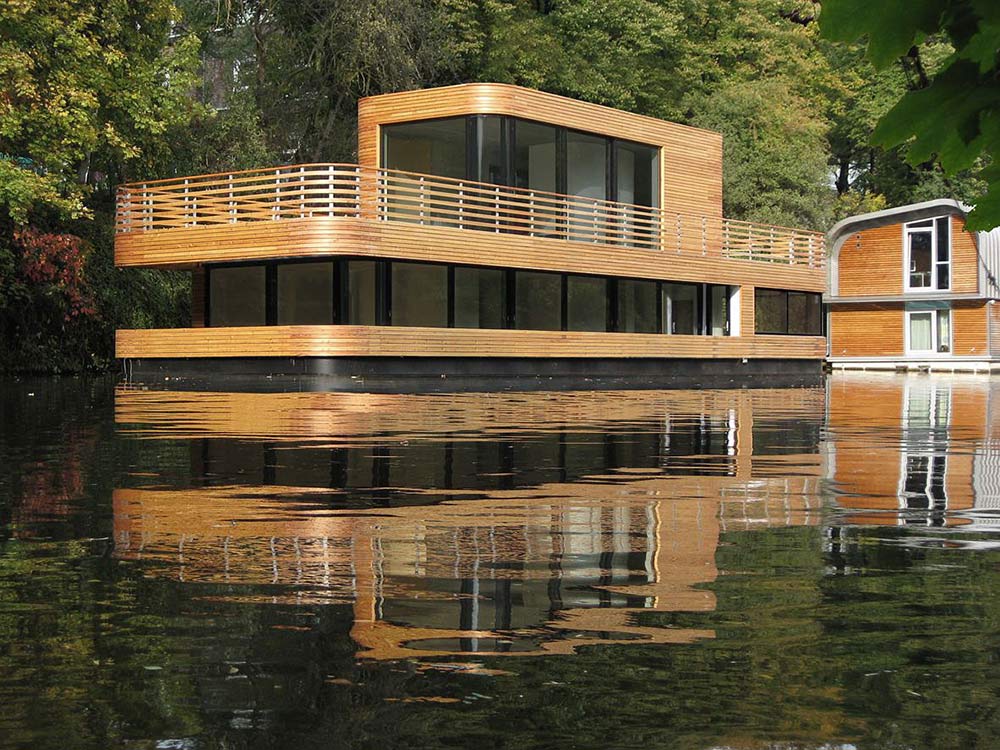 The Houseboat on the Eilbek Canal was completed by the Hamburg based studio Rost Niderehe Architects.

This 1,184 square foot, floating house was designed with the character of a boat, whilst providing the comfort of a traditional family home. The Houseboat is moored on the Eilbek canal in Hamburg, Germany. 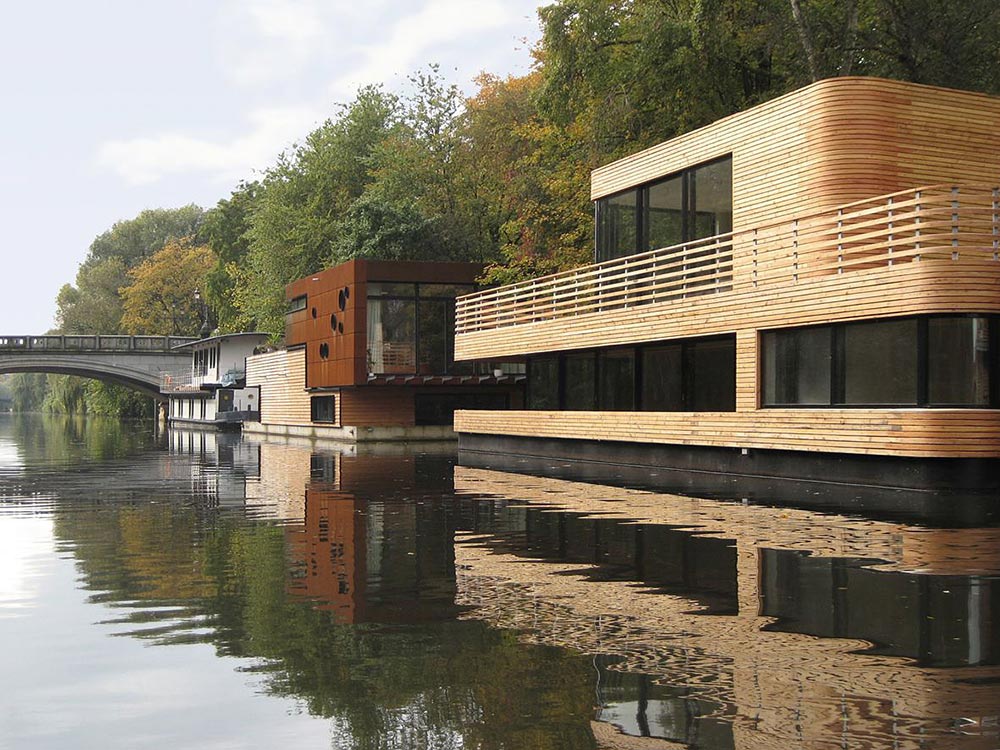 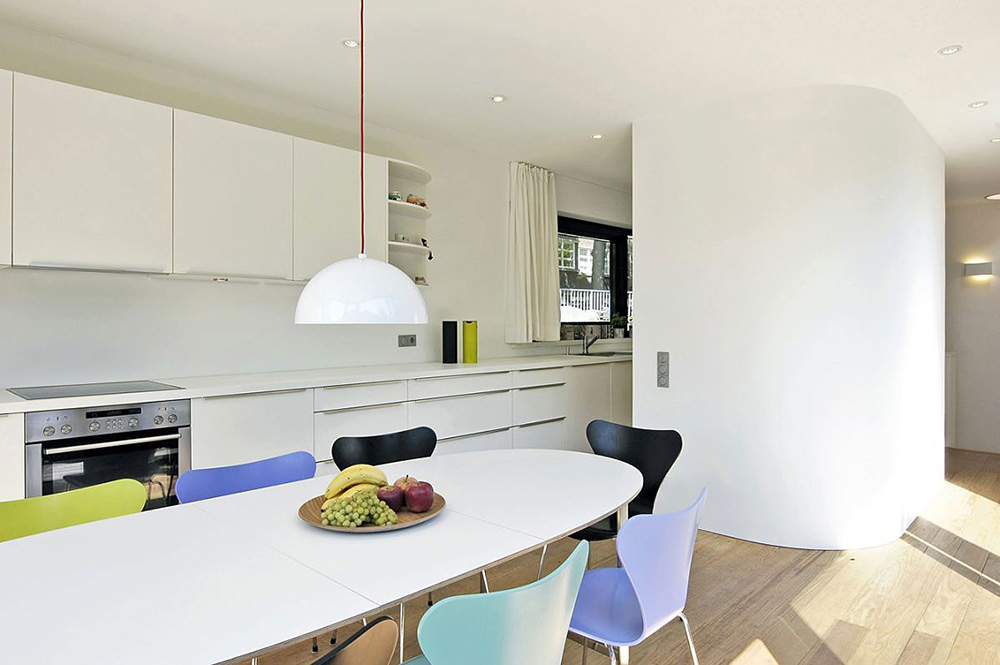 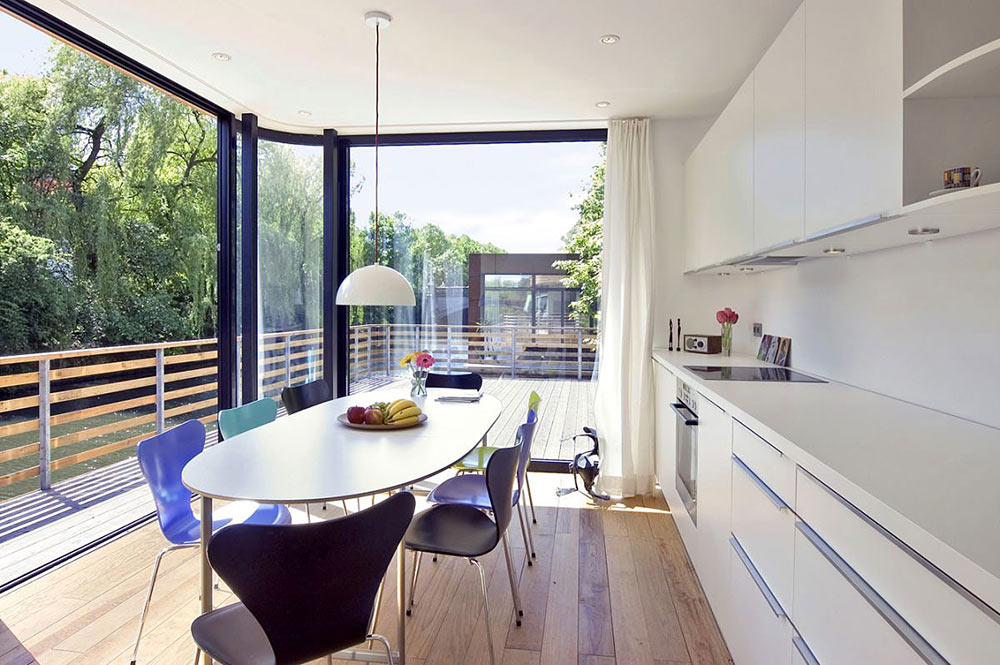 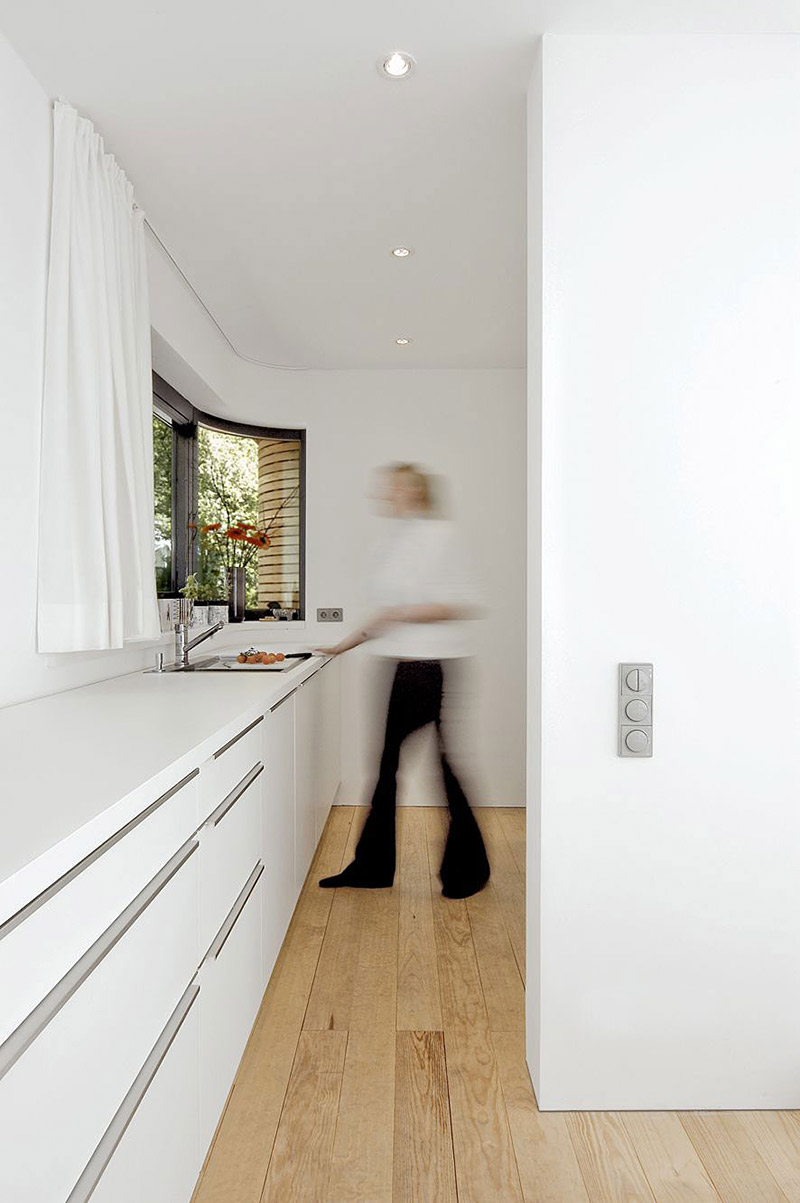 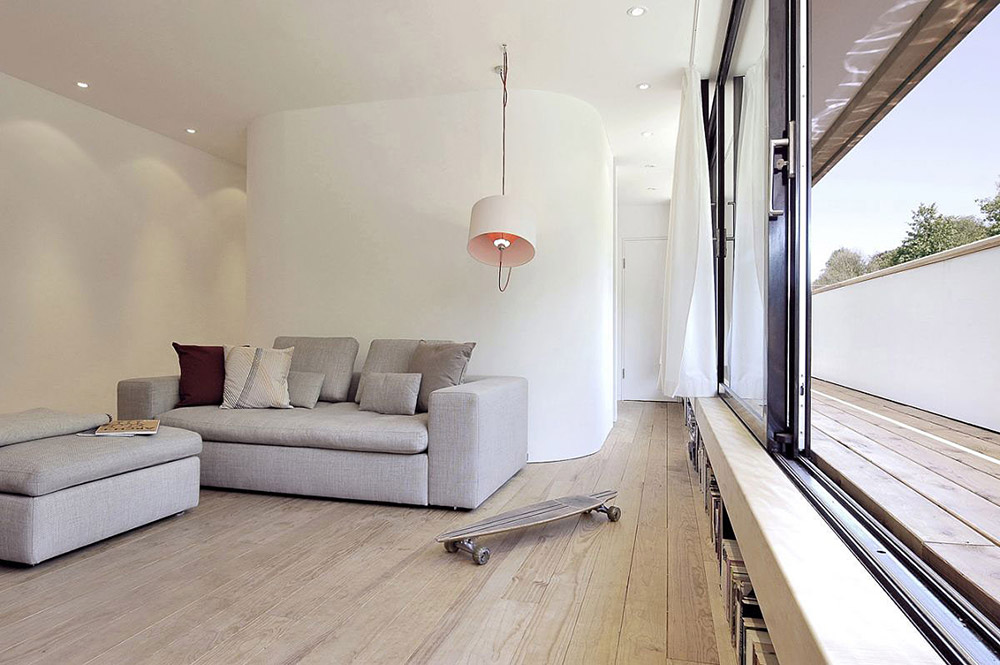 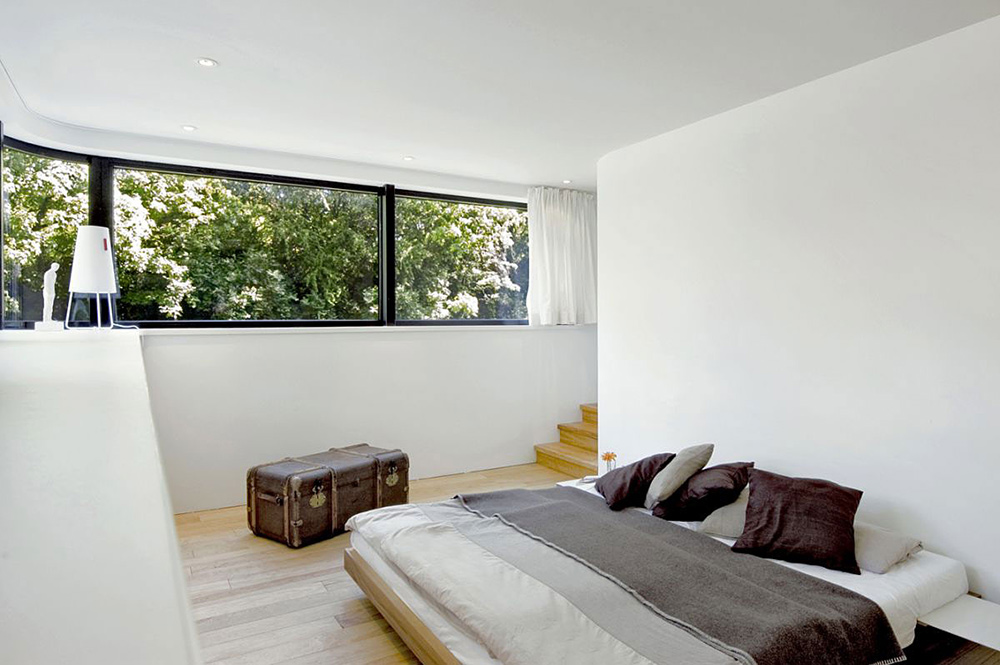 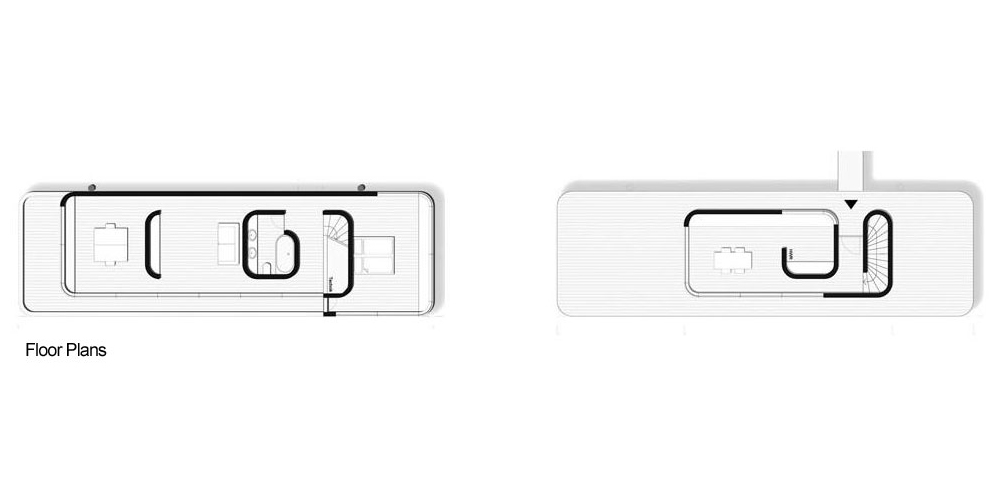 “The original idea has been to design a houseboat that essentially has the character of a boat in combination with the comfort of a traditional family home.

The formal architectural language should be clear and simple. This is reflected both in the floor plans as well as in creation of the individual rooms. Using a single wall that wraps like a spiral from the outside to the inside, the rooms are developed from public use on the outside (kitchen, dining room) to private use on the inside (bedroom, bathroom).

The chosen materials (mainly steel and wood) are influenced by both areas of provenance of the design – naval architecture as well as normal building construction.

The residents work and live on the houseboat – in the middle of the city of Hamburg, surrounded by the green belt of the Eilbek-canal. When the mooring area has to be changed, it is easy to move the houseboat to its new destination with the help of a tug.

The demand for this form of living is high, which is also shown by the huge amount of positive feedback both from the population of the surrounding area as well as from the city’s urban development agency. Right now official mooring areas for permanent residences on water are missing, but the process has been started: Germany’s first settlement with a new houseboat generation has been completed.” 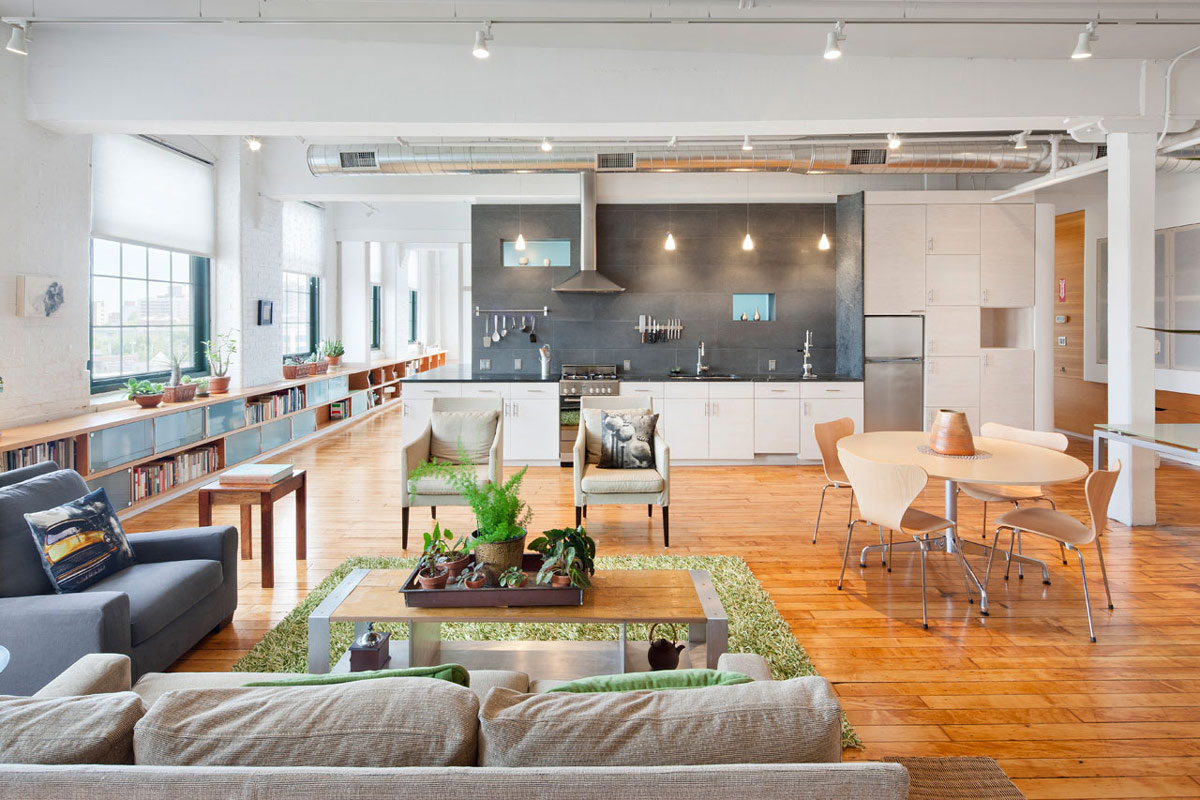 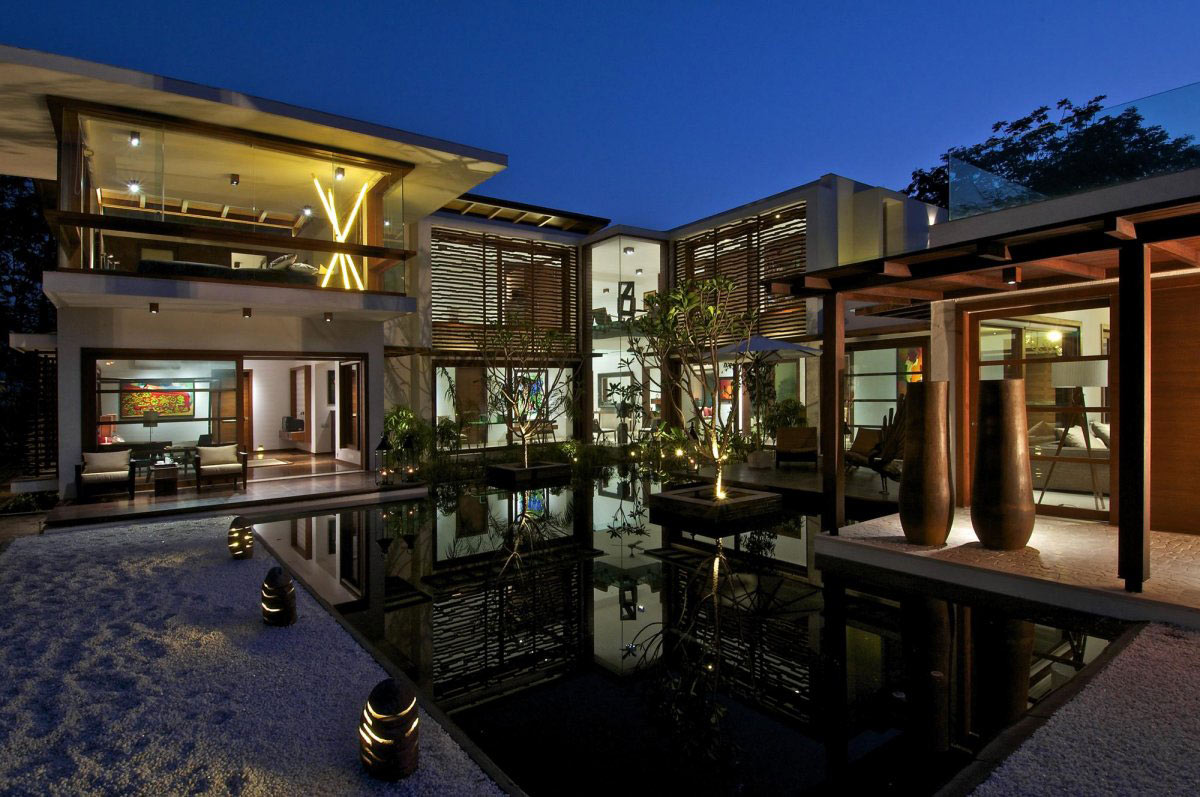 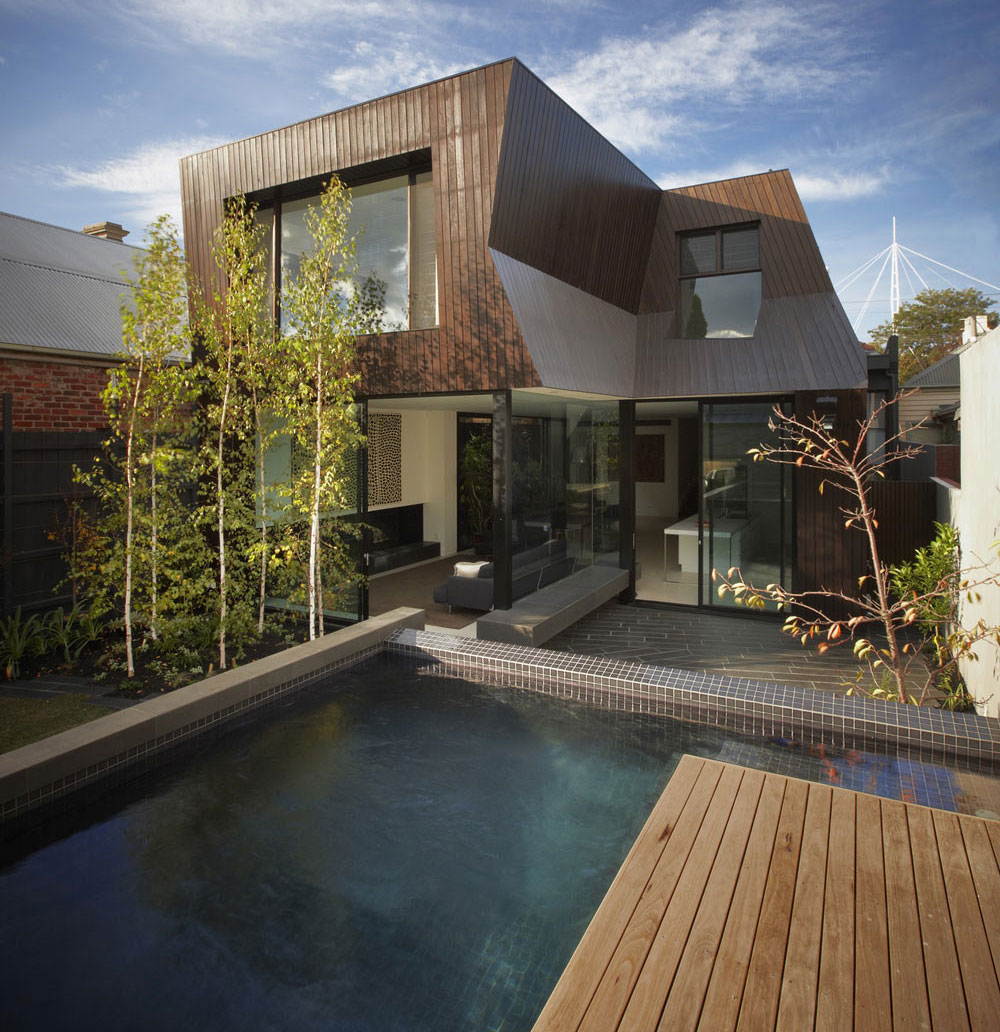 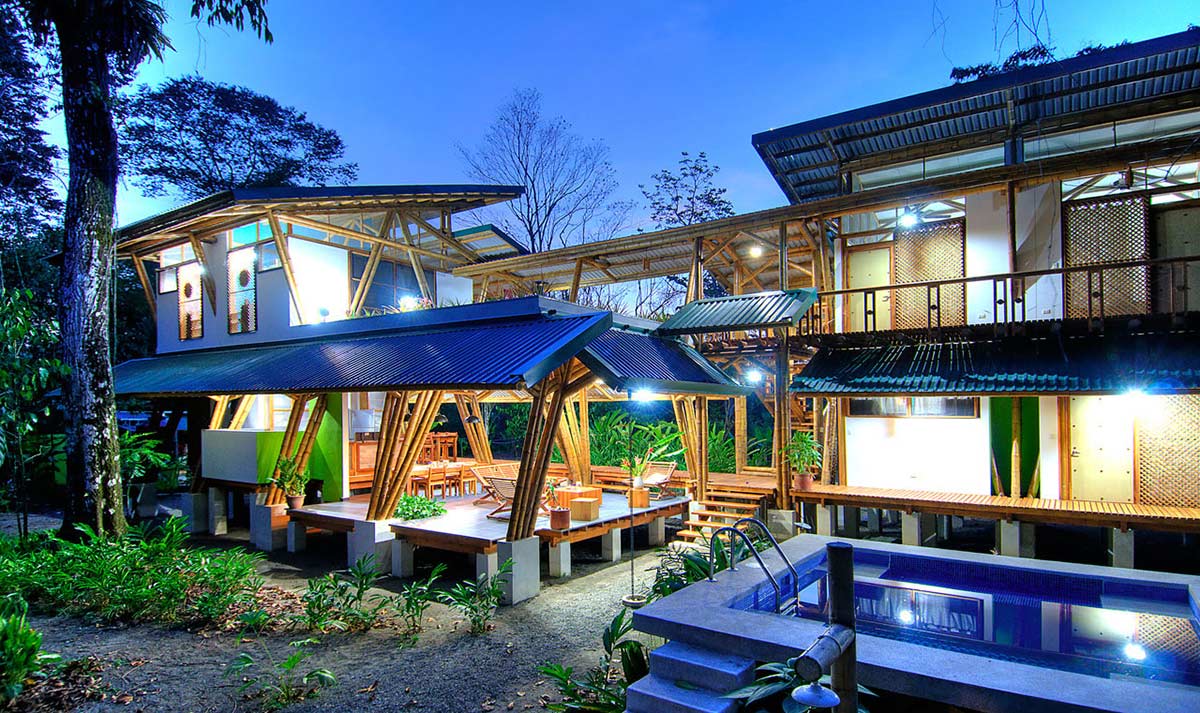 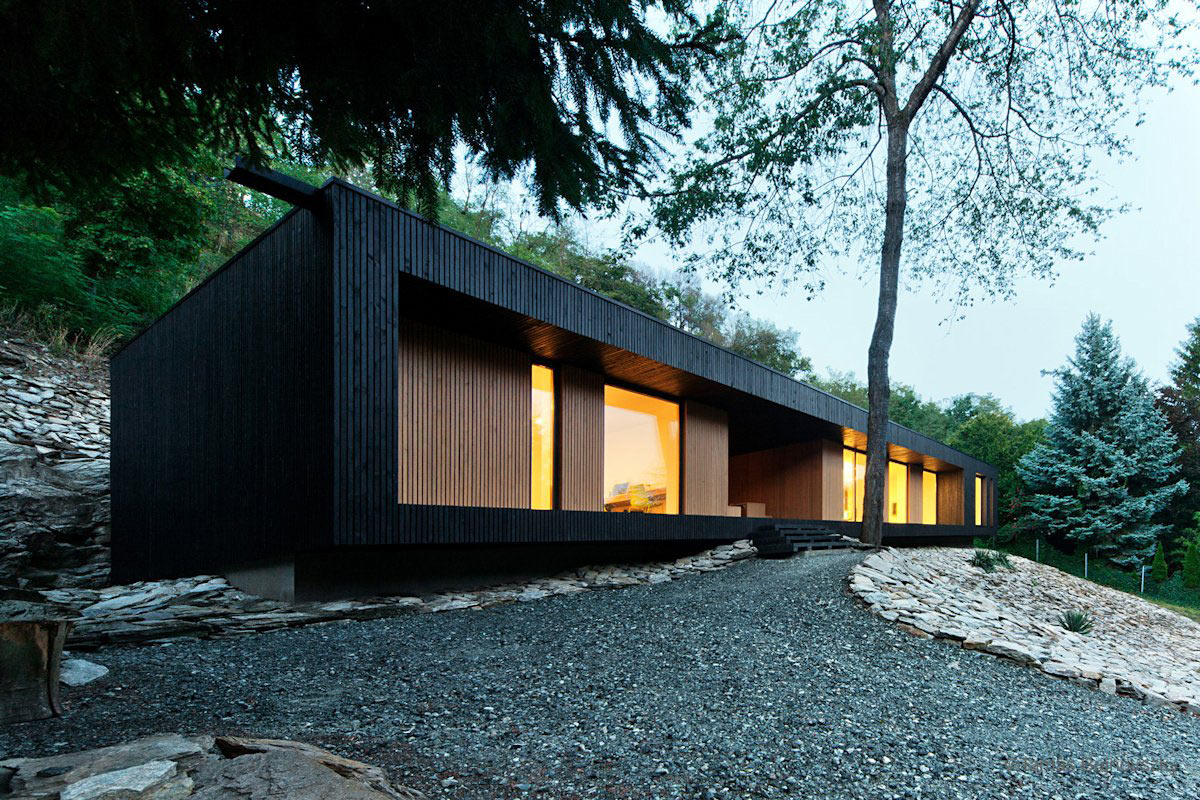