15th Century Barn Conversion on the Island of Guernsey 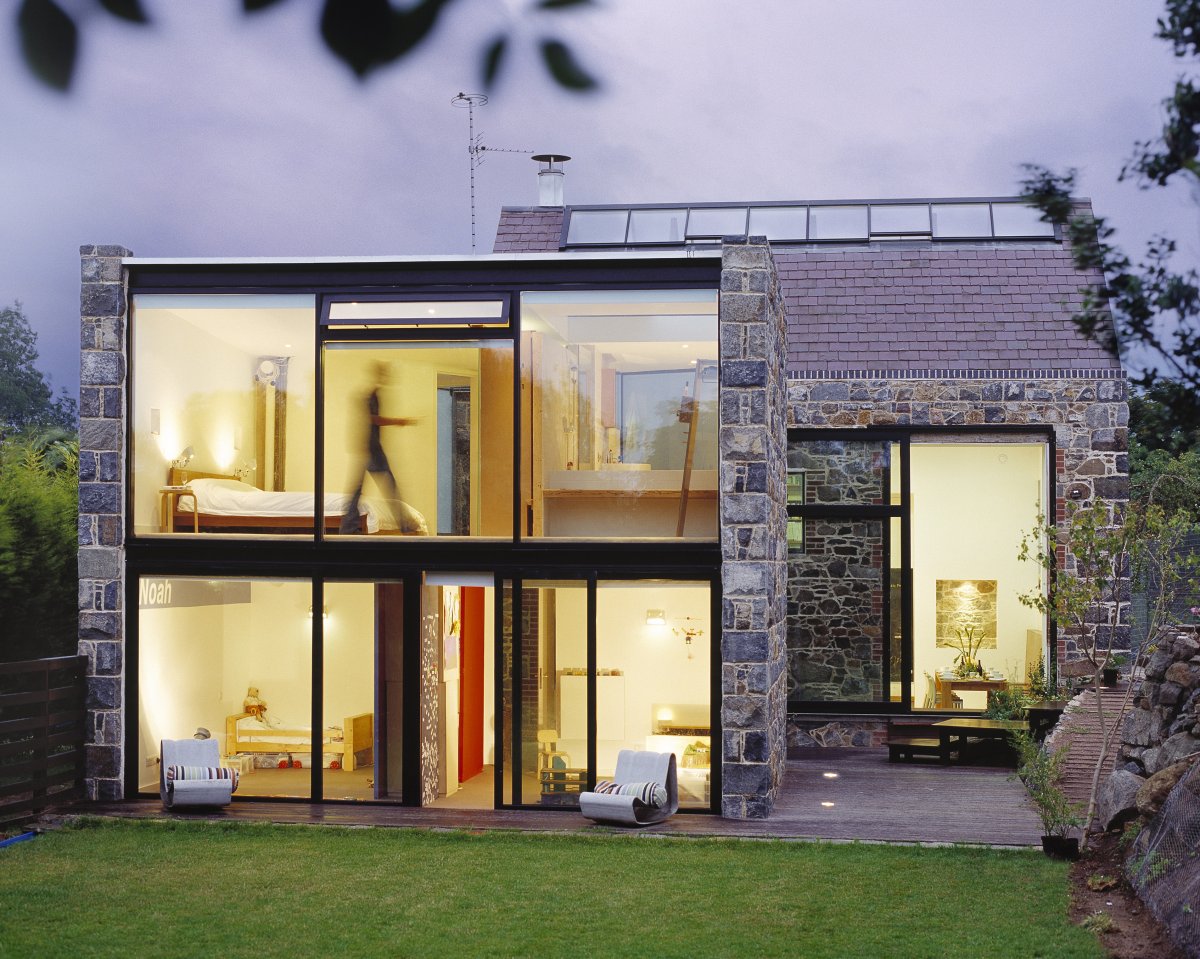 La Concha House was completed in 2003 by the Guernsey based studio MOOARC. This project included the conversion of a 15th century barn, developed as a fluid, three-dimensional plan inspired by ‘The Nolli plan of Rome’ 1748.

La Concha House is located on the Island of Guernsey. 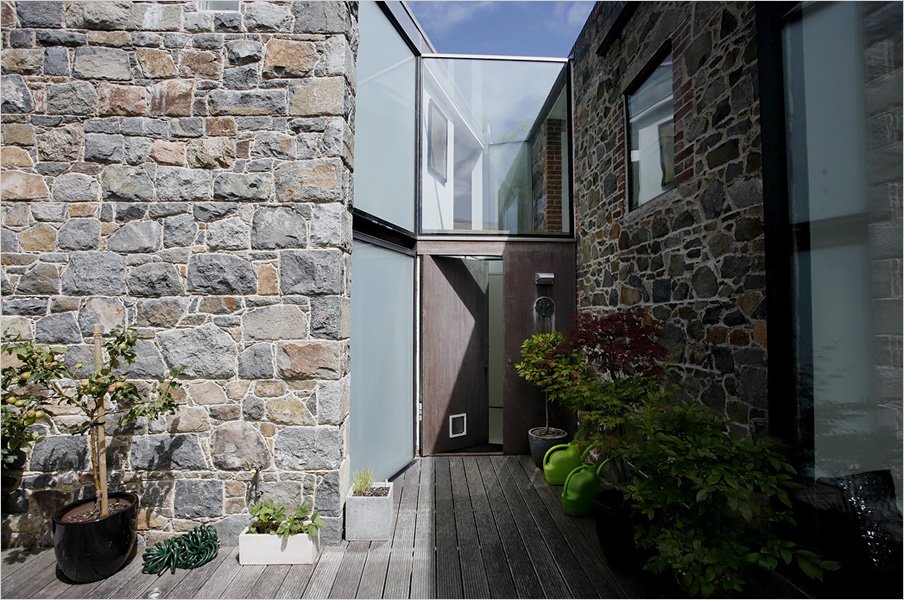 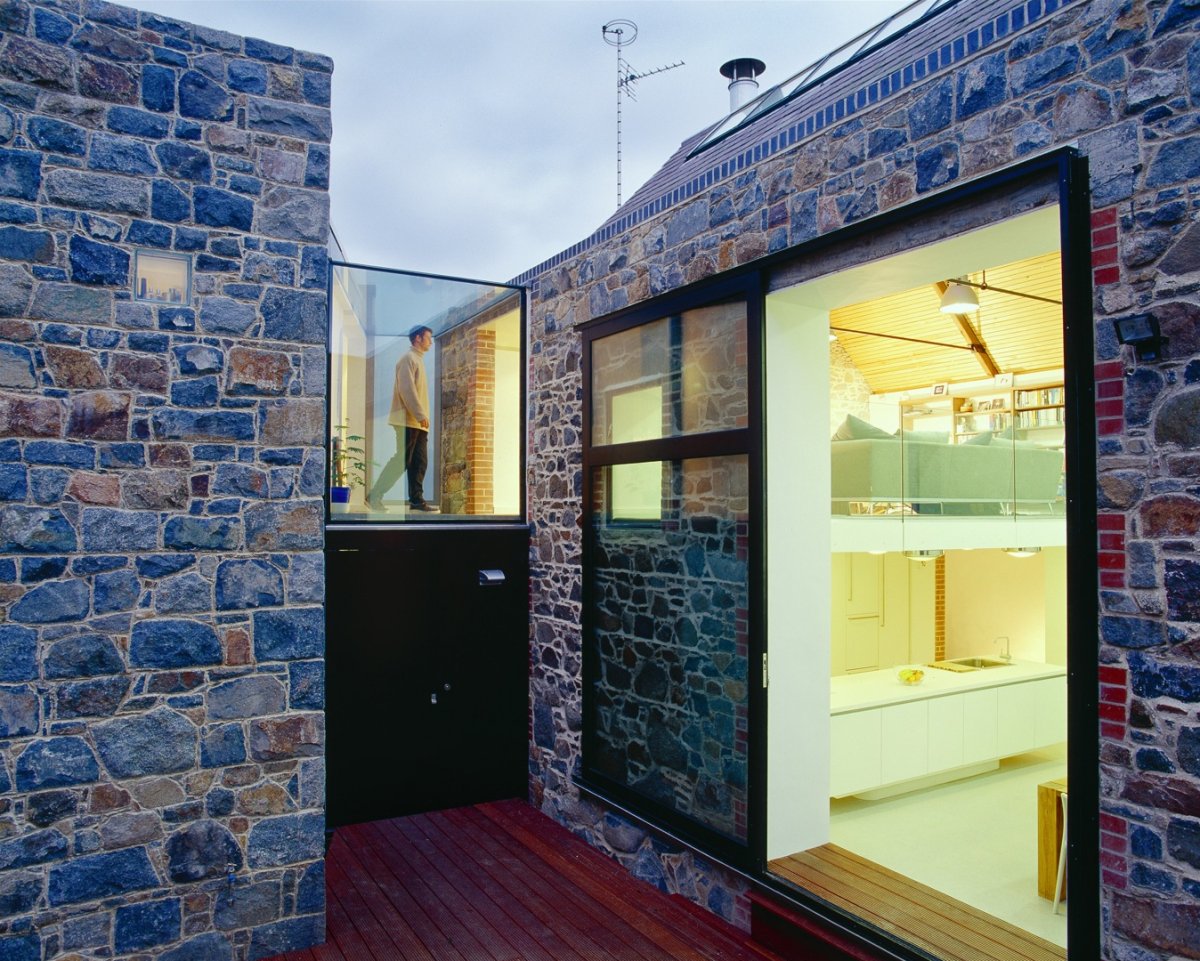 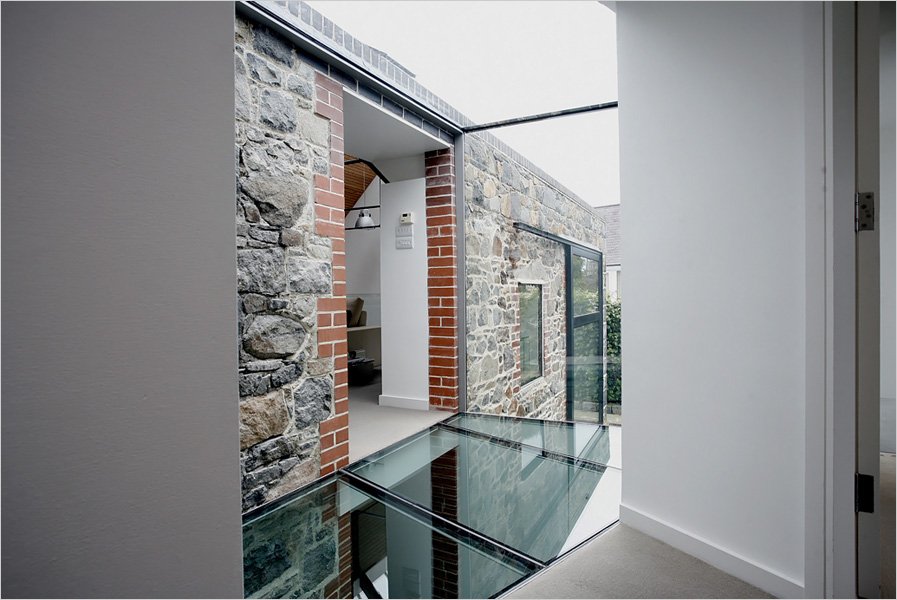 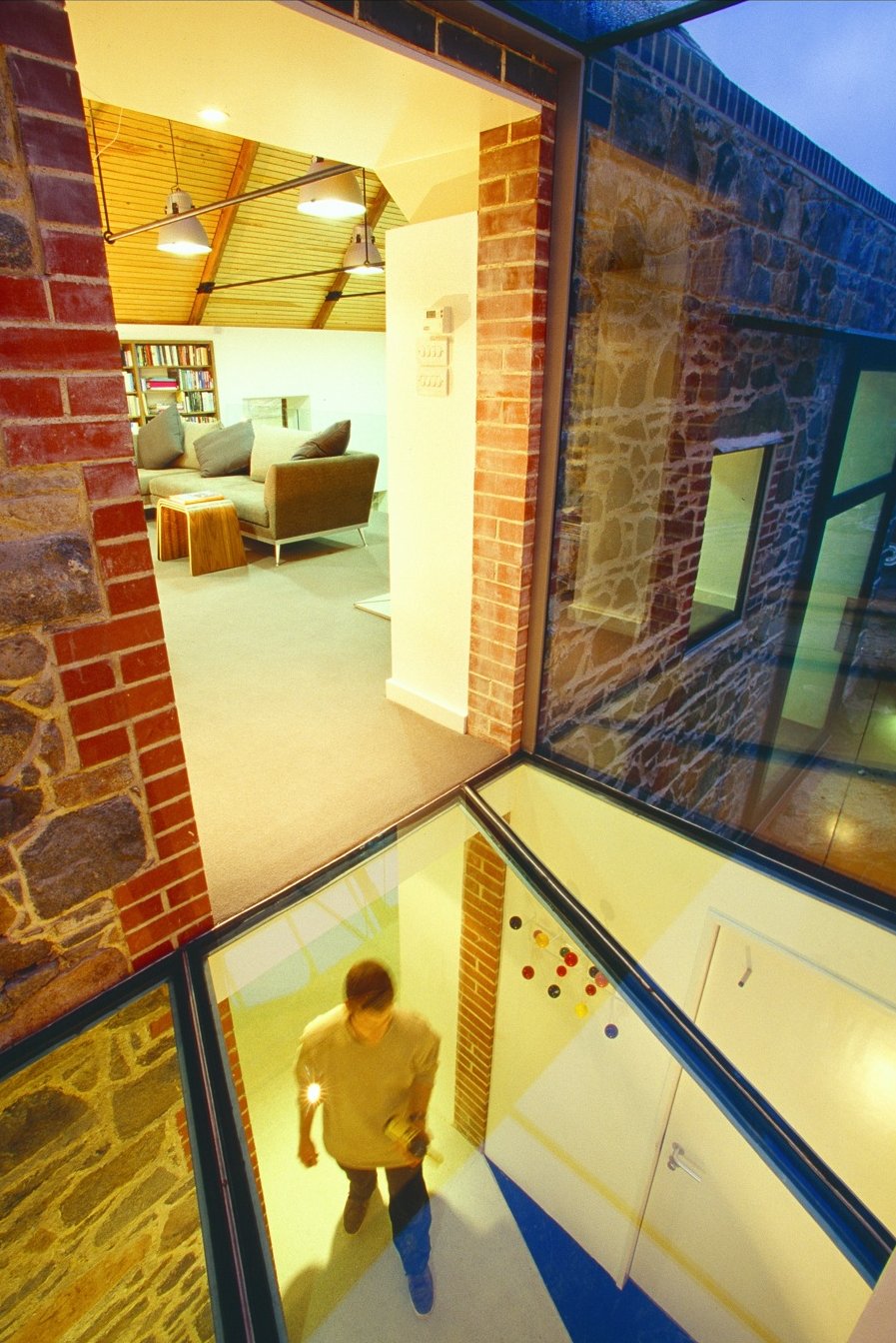 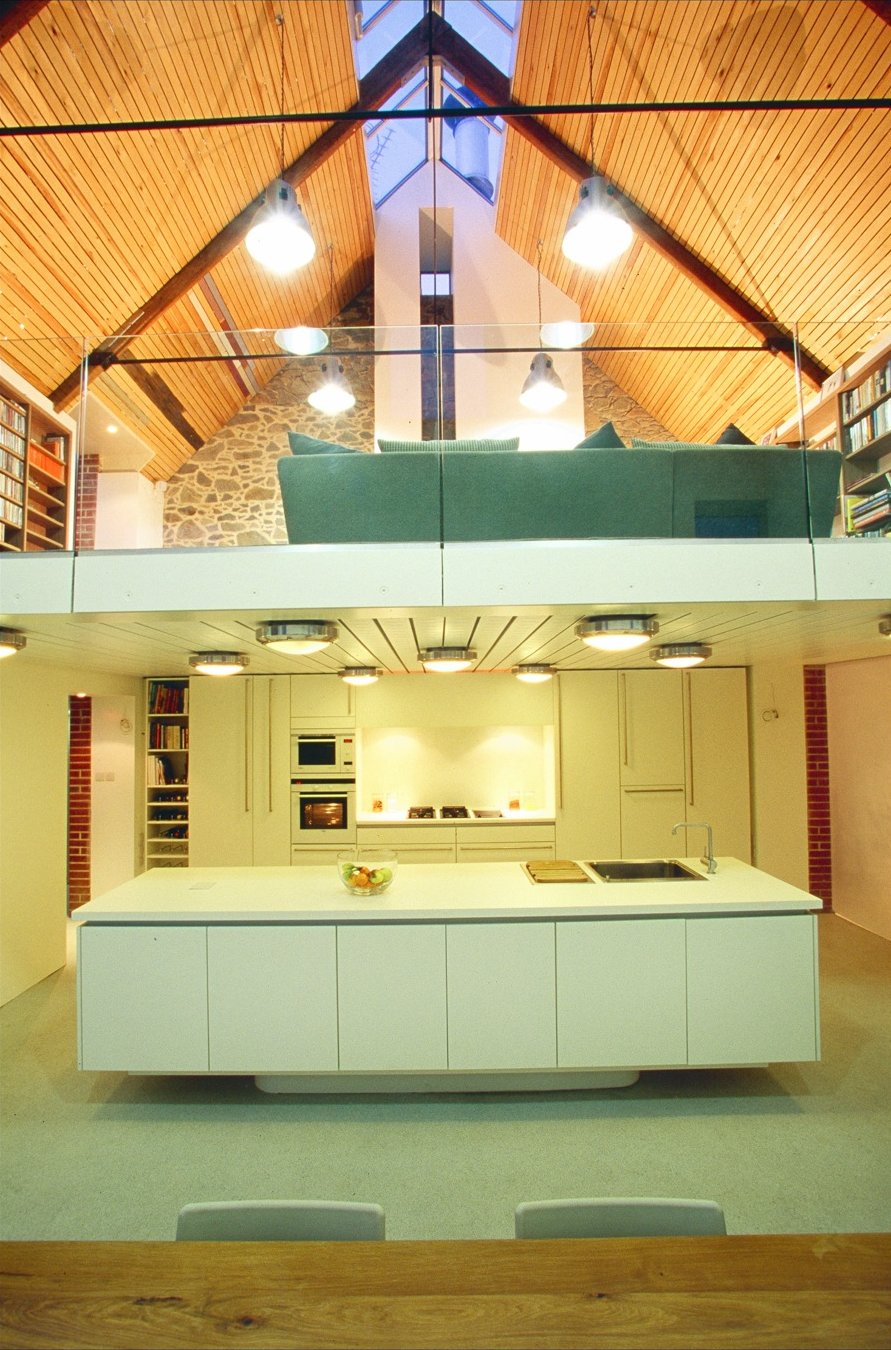 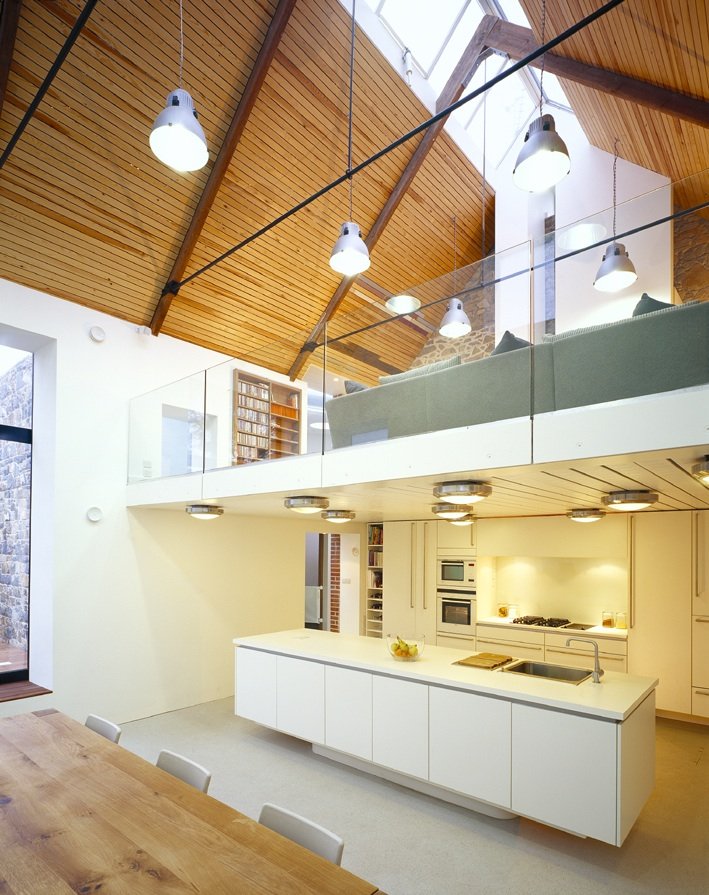 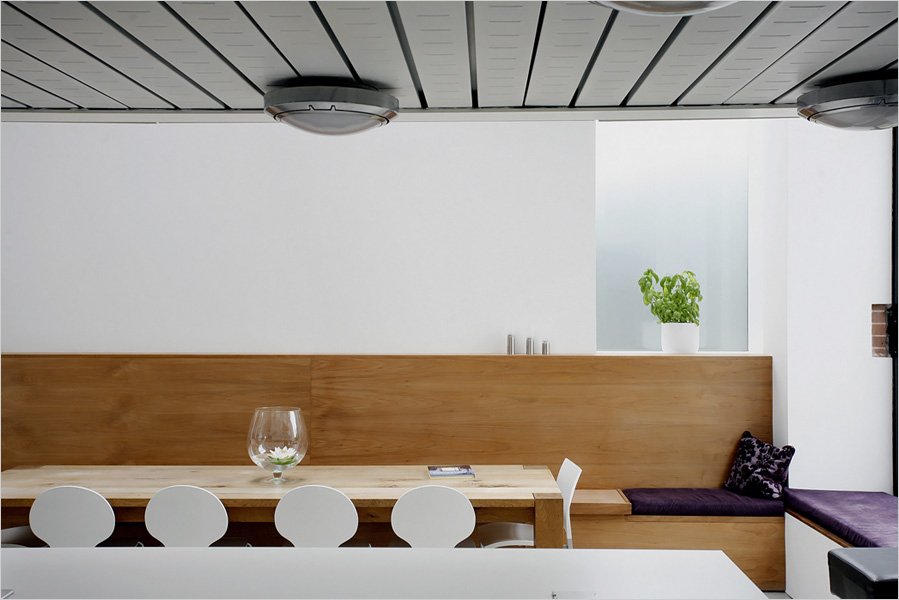 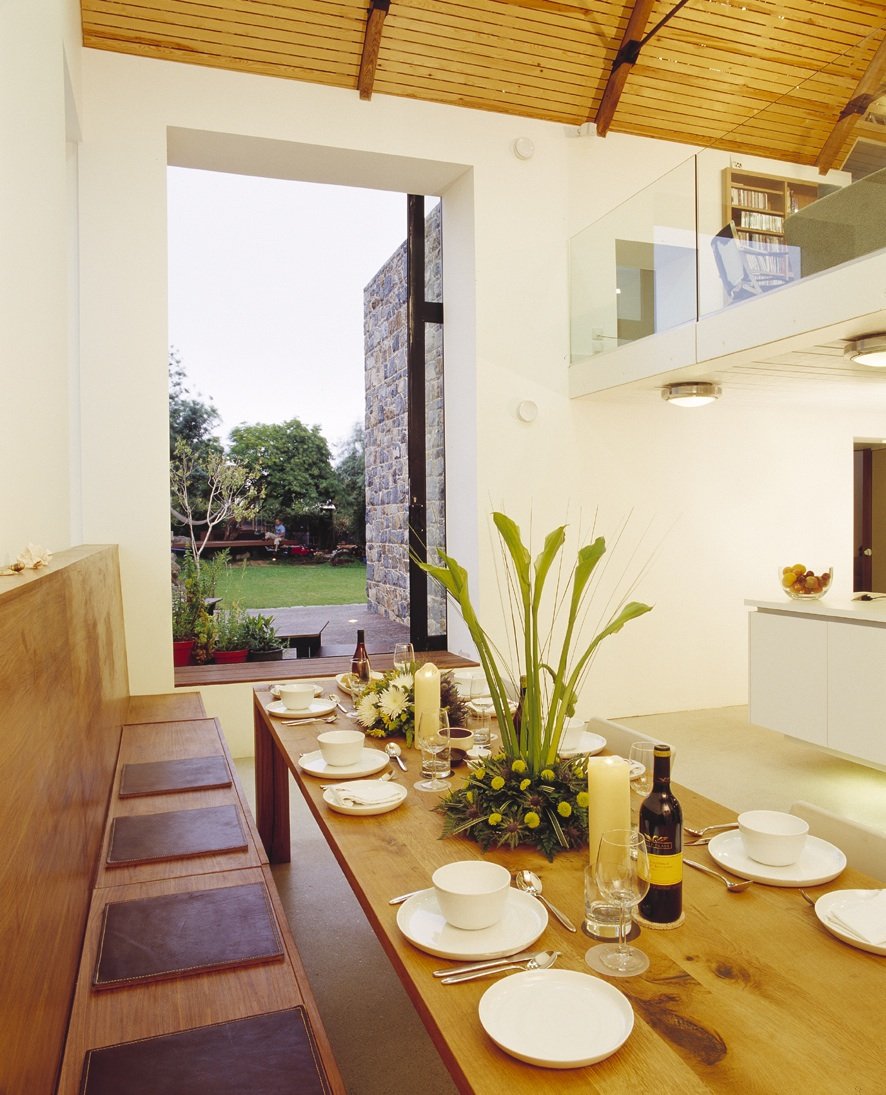 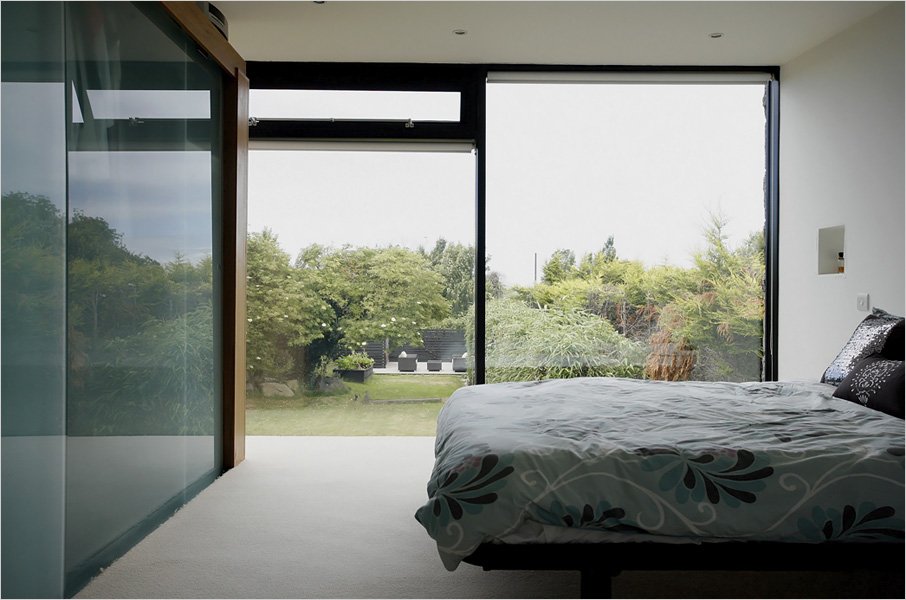 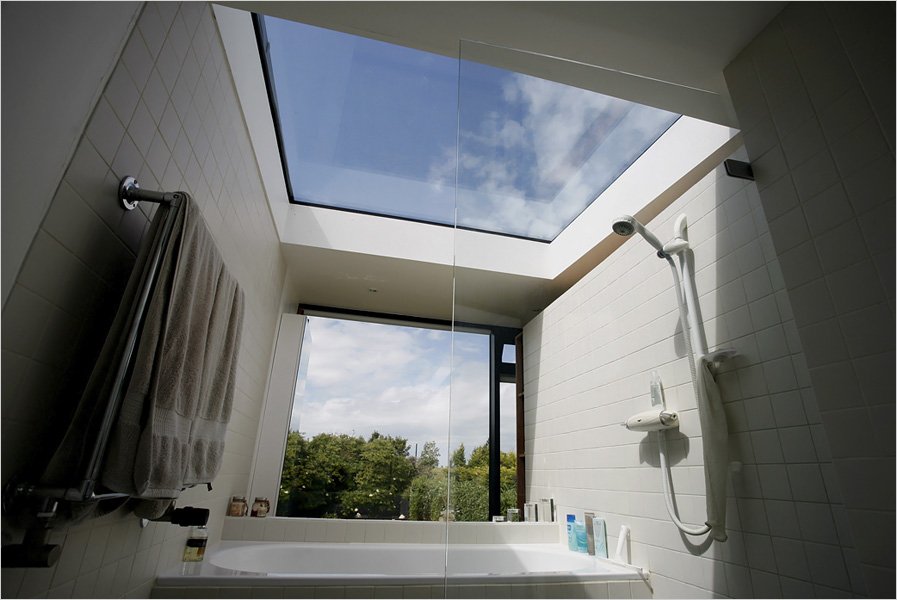 La Concha House on the Island of Guernsey, details by MOOARC :

“The house was developed as a fluid, three-dimensional plan, inspired by ‘The Nolli plan of Rome’ 1748.

The internal volume of the 15th Century barn forms the heart of the home. On the lower level, kitchen and dining is position below a more formal living space up on a mezzanine level.

A more relaxed living/play space is set at the front of the house, opening out to a terrace.

At the rear, the sleeping block is linked to the living space via the entrance and vertical circulation.

The bedroom block is stepped in across the width of the site to allow a visual link out into the rear garden from the dining space. The house was conceived as a separate sleeping block linked to the barn via a glazed entrance piece allowing the mass of the original barn to breathe. The retained structure of the barn has been revealed, with the internal space for living expressed as a single volume.” 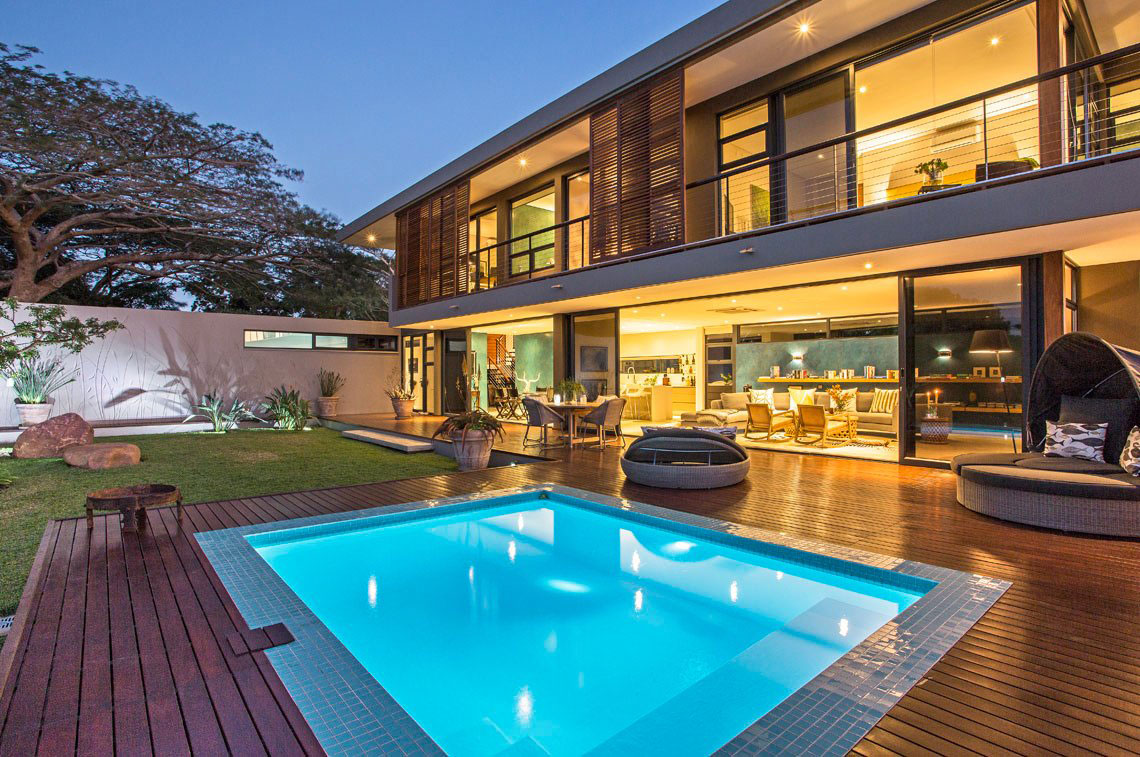 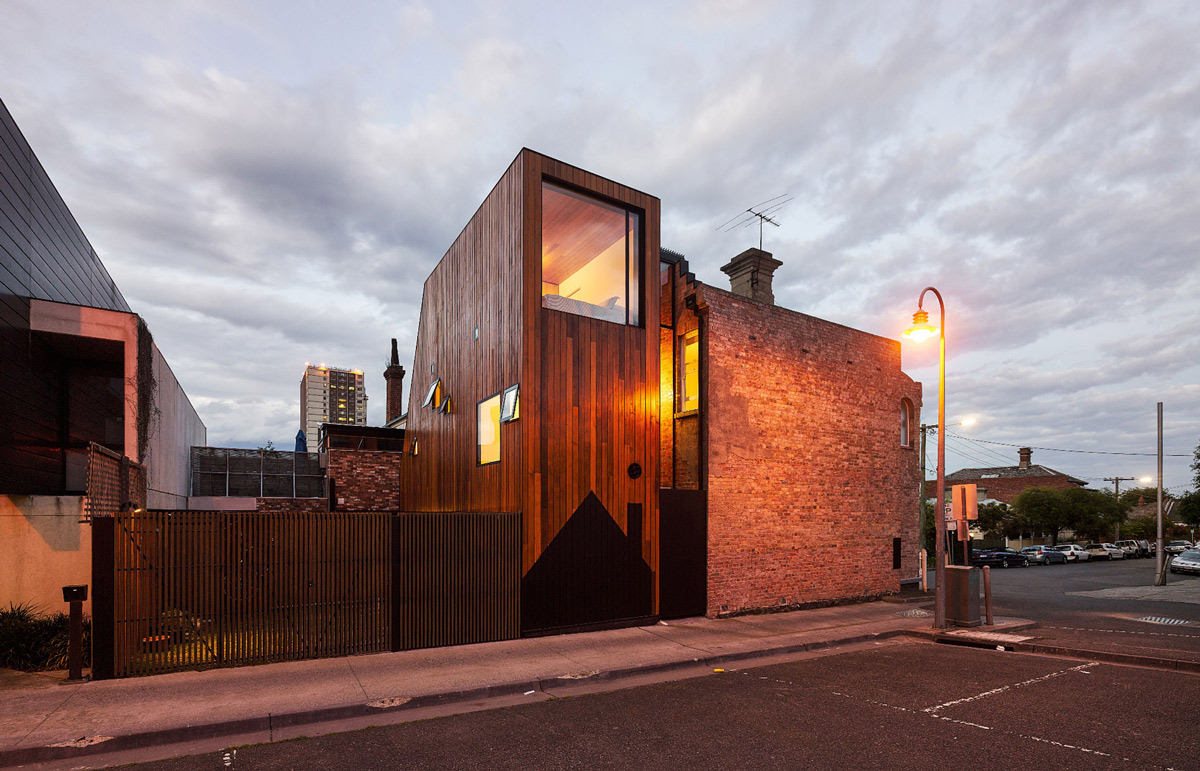 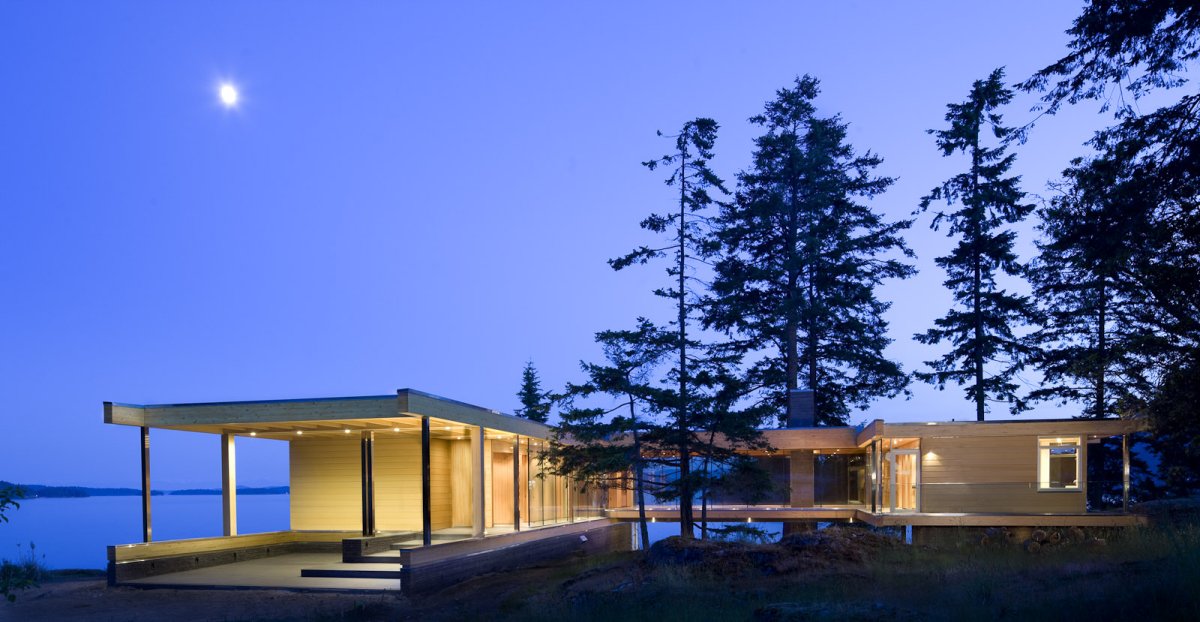 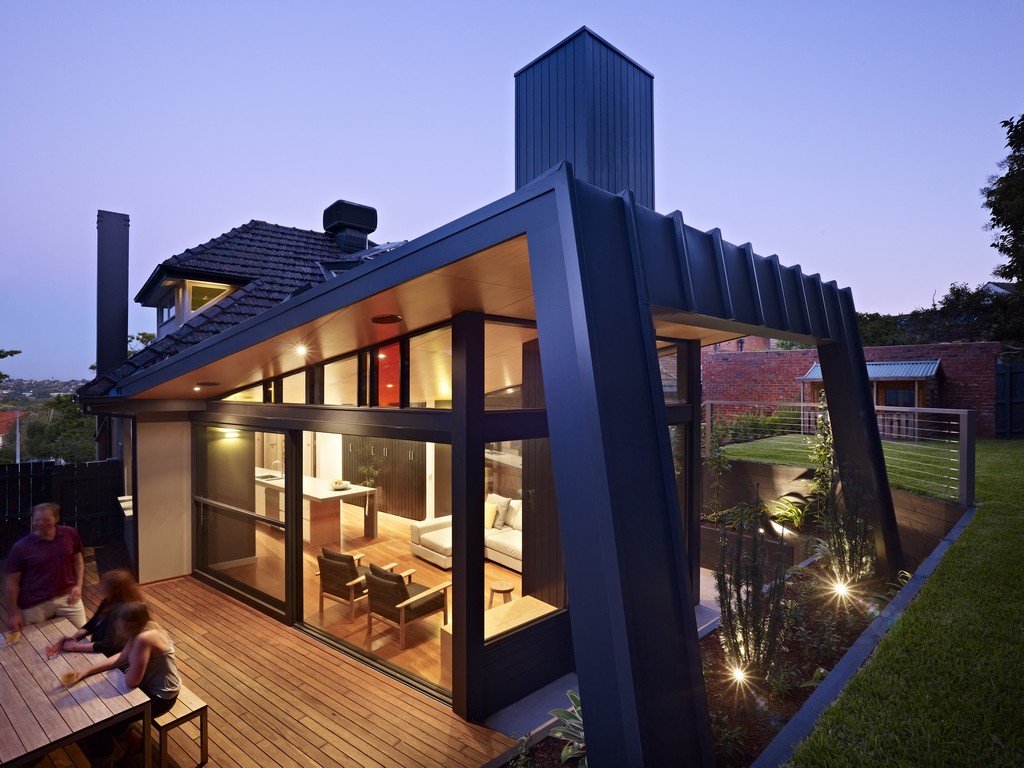 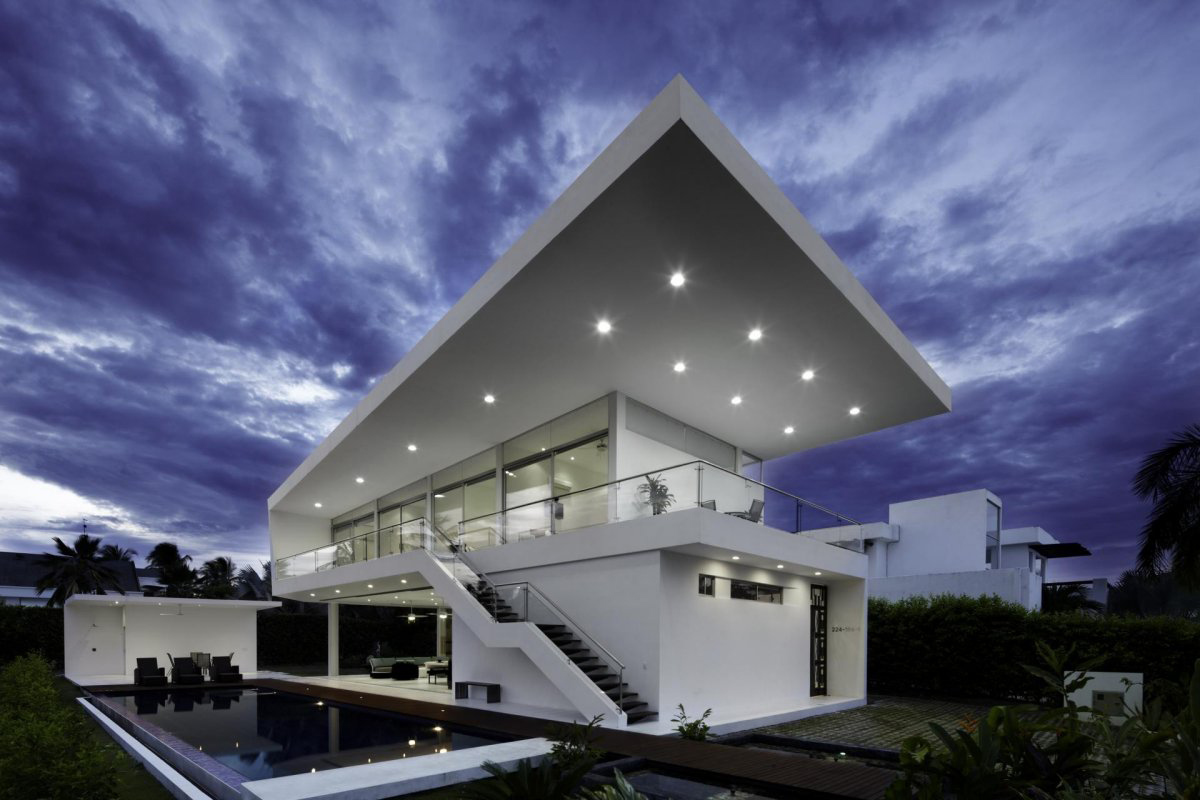 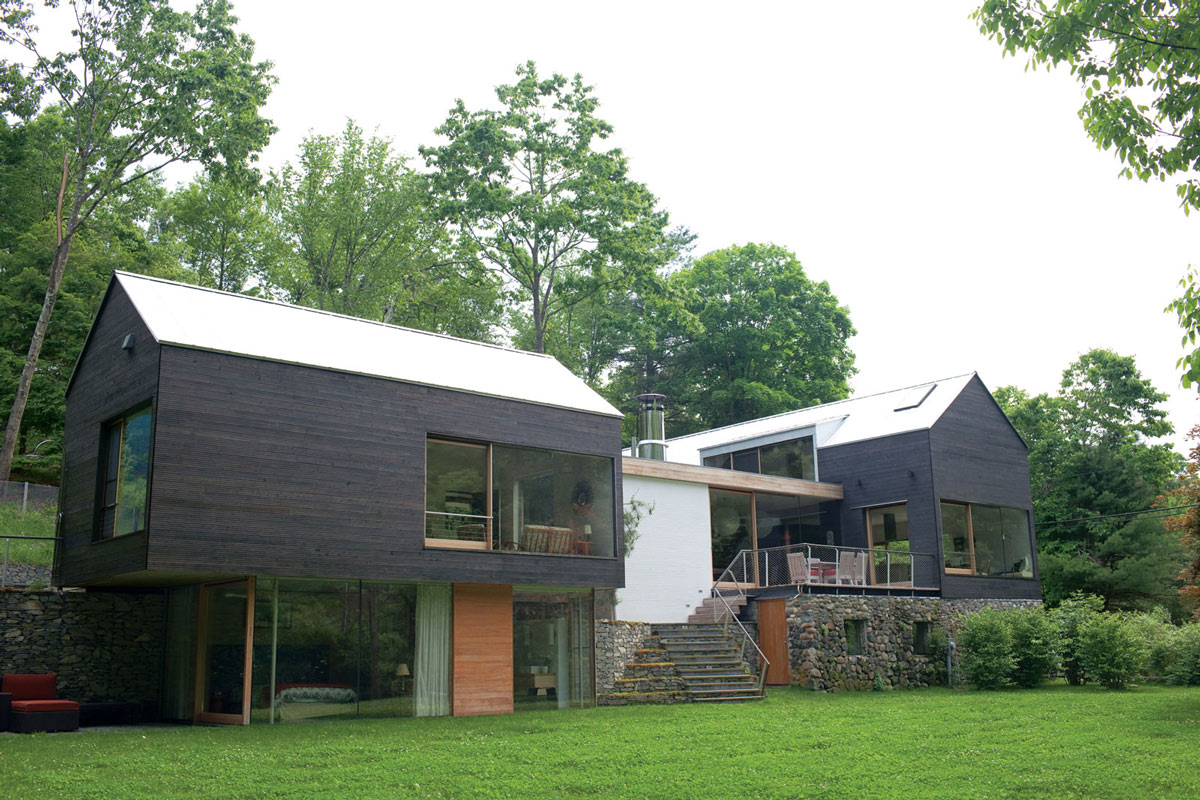