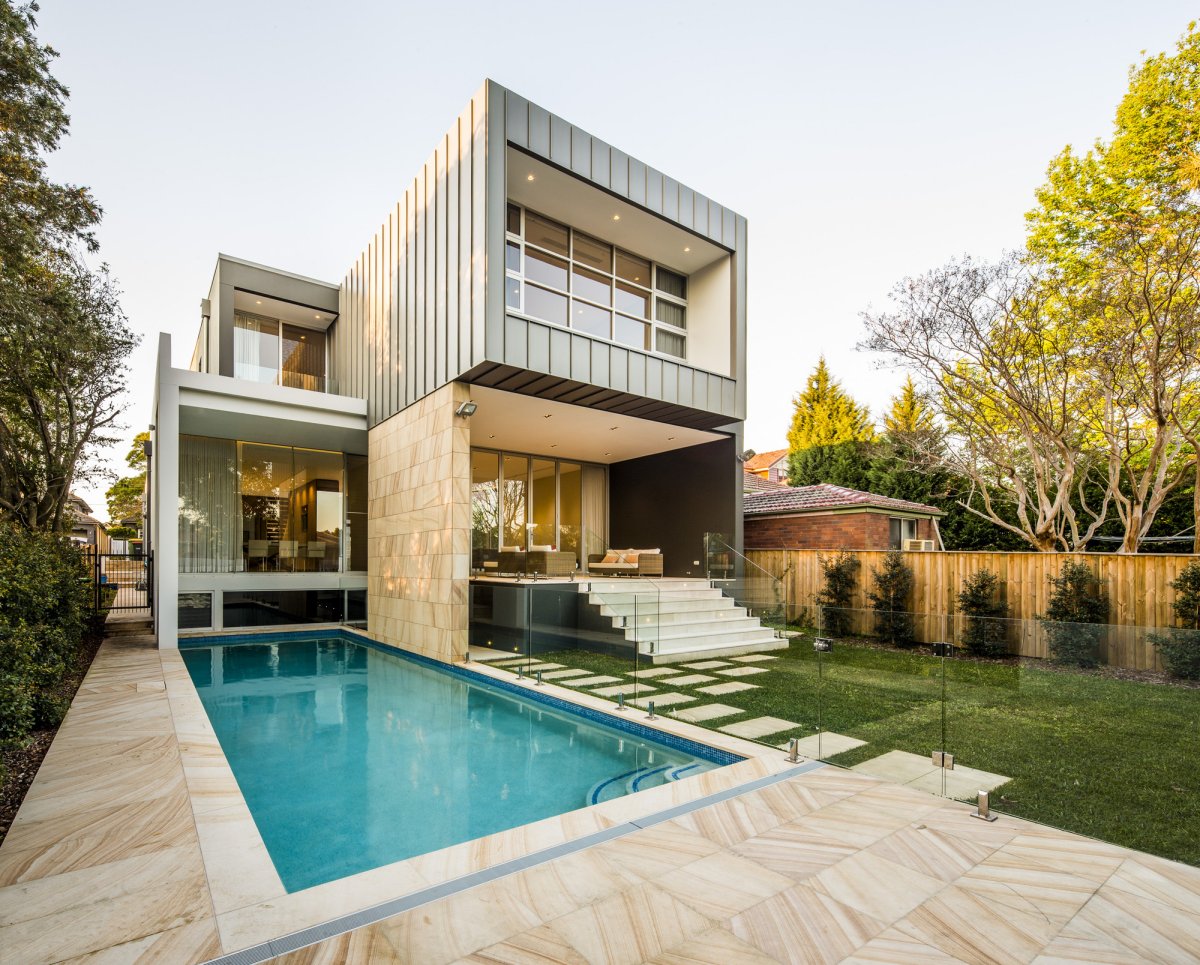 The Box House was completed in 2013 by the Sydney based studio Zouk Architects. This beautiful modern home includes a courtyard with curved glass walls, serving as an extension of the outdoor spaces.

The Box House is located in Strathfield, Sydney, Australia. 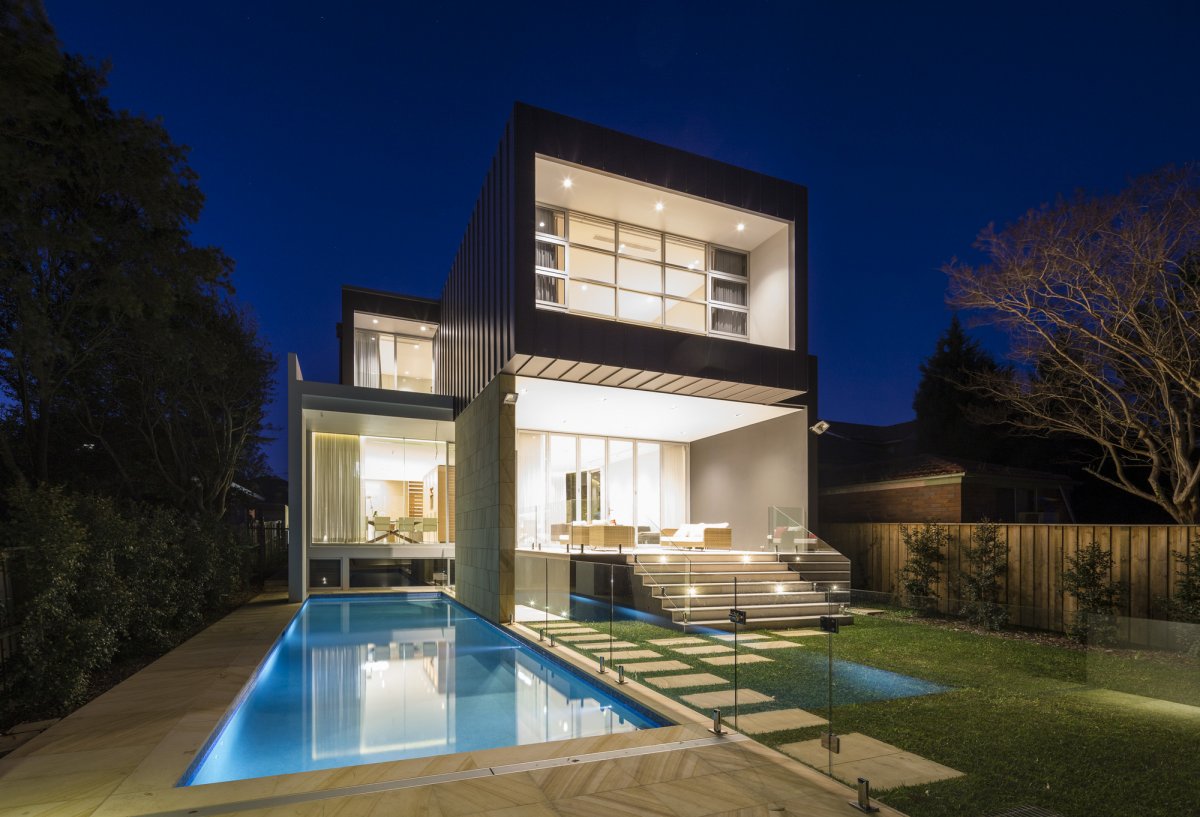 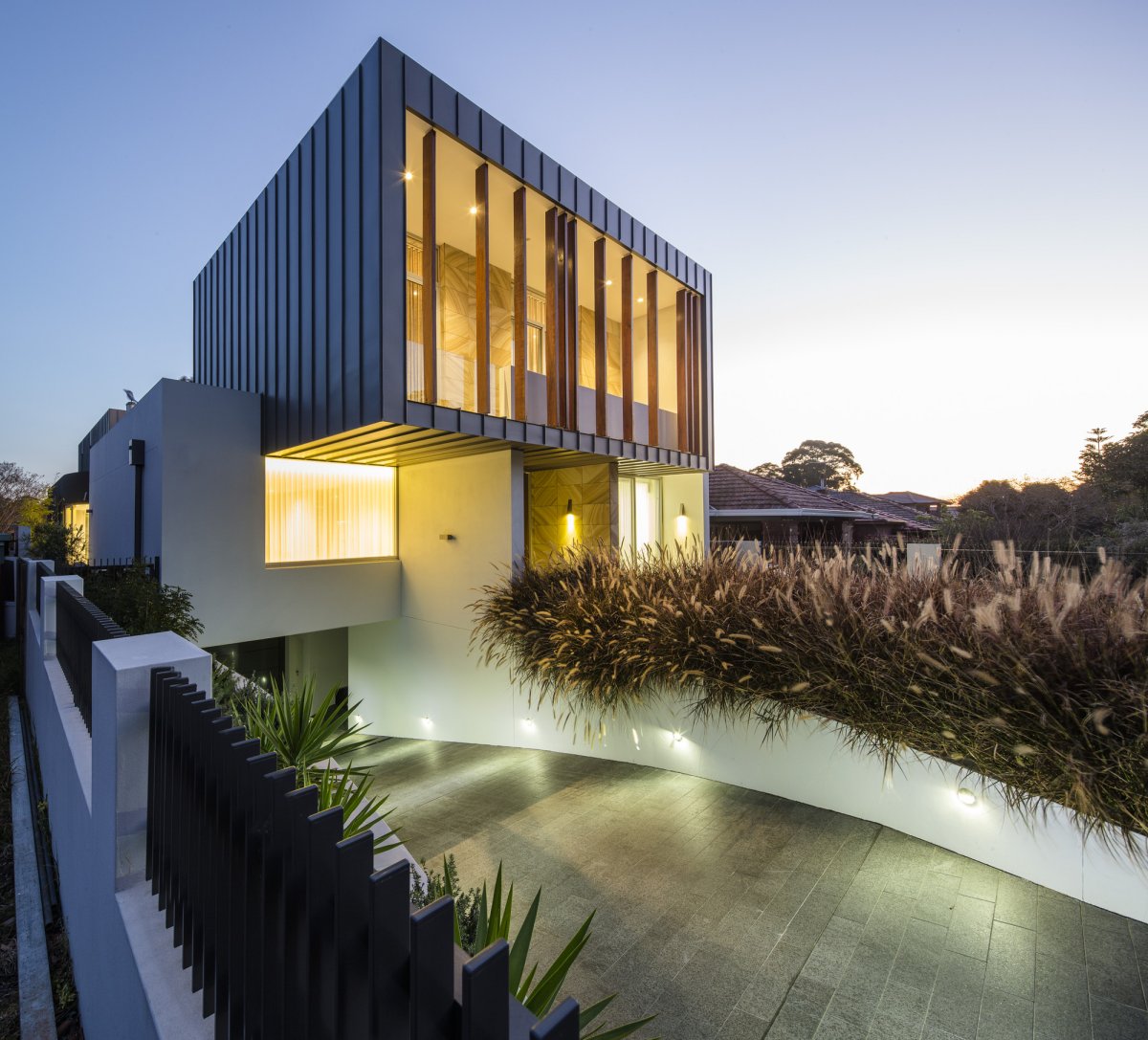 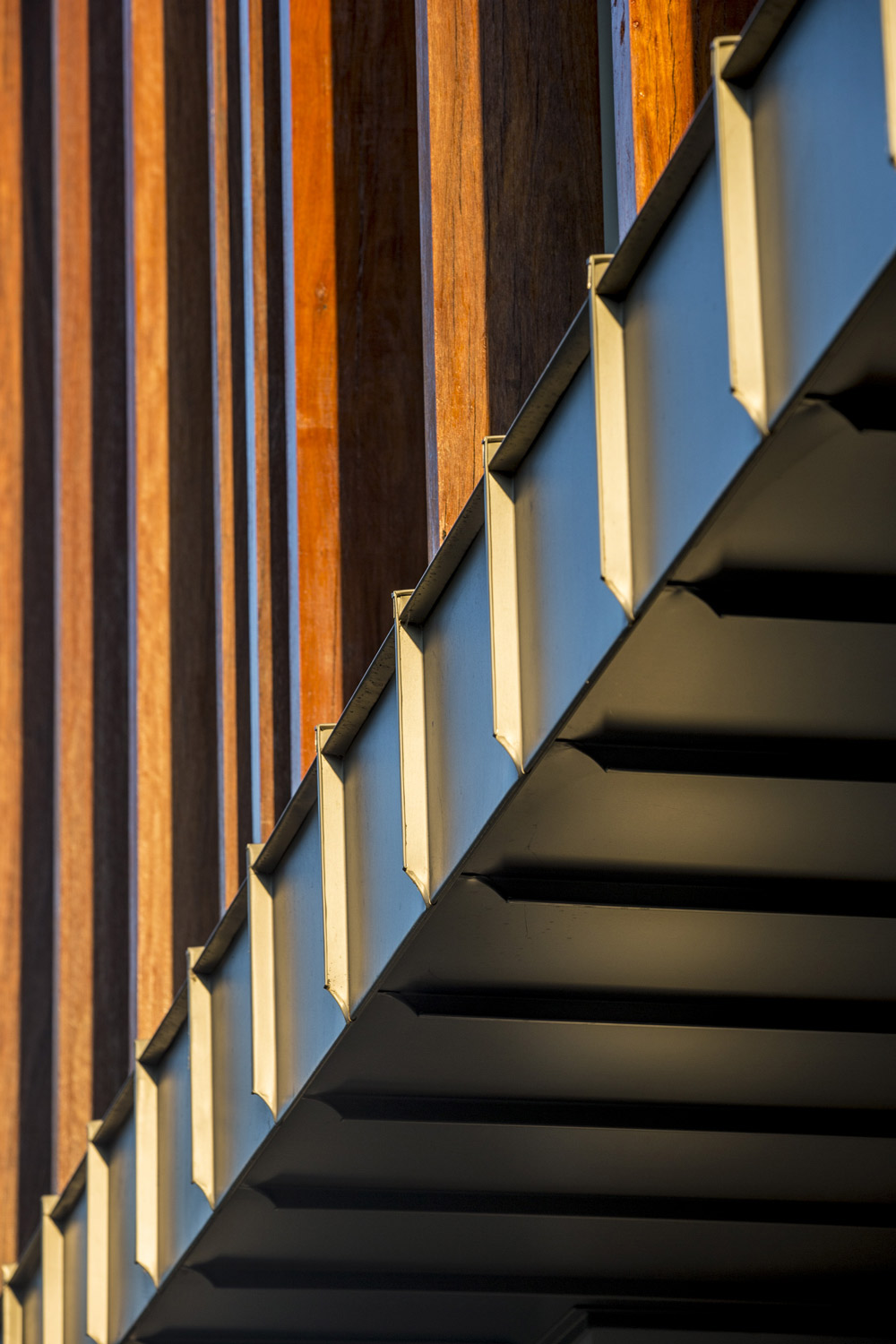 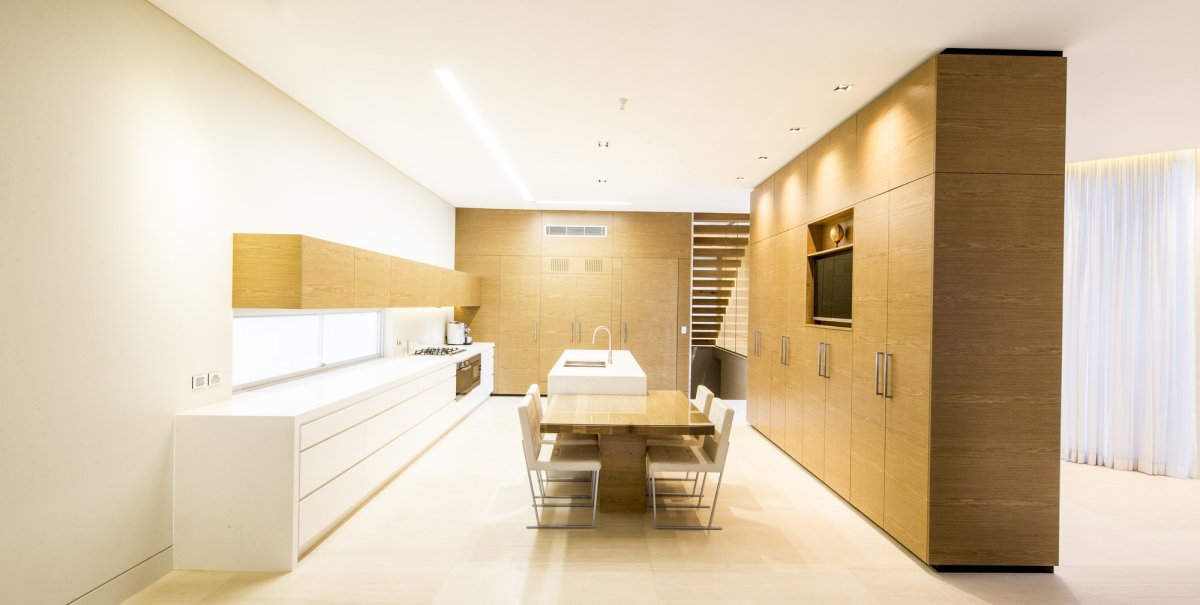 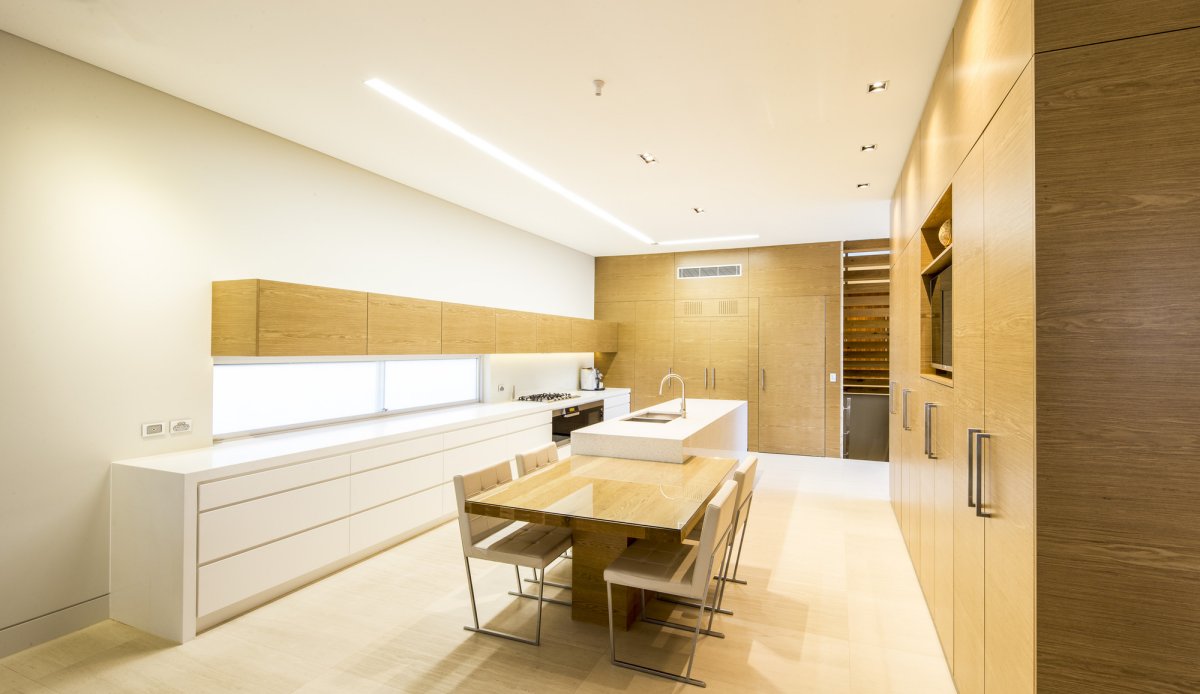 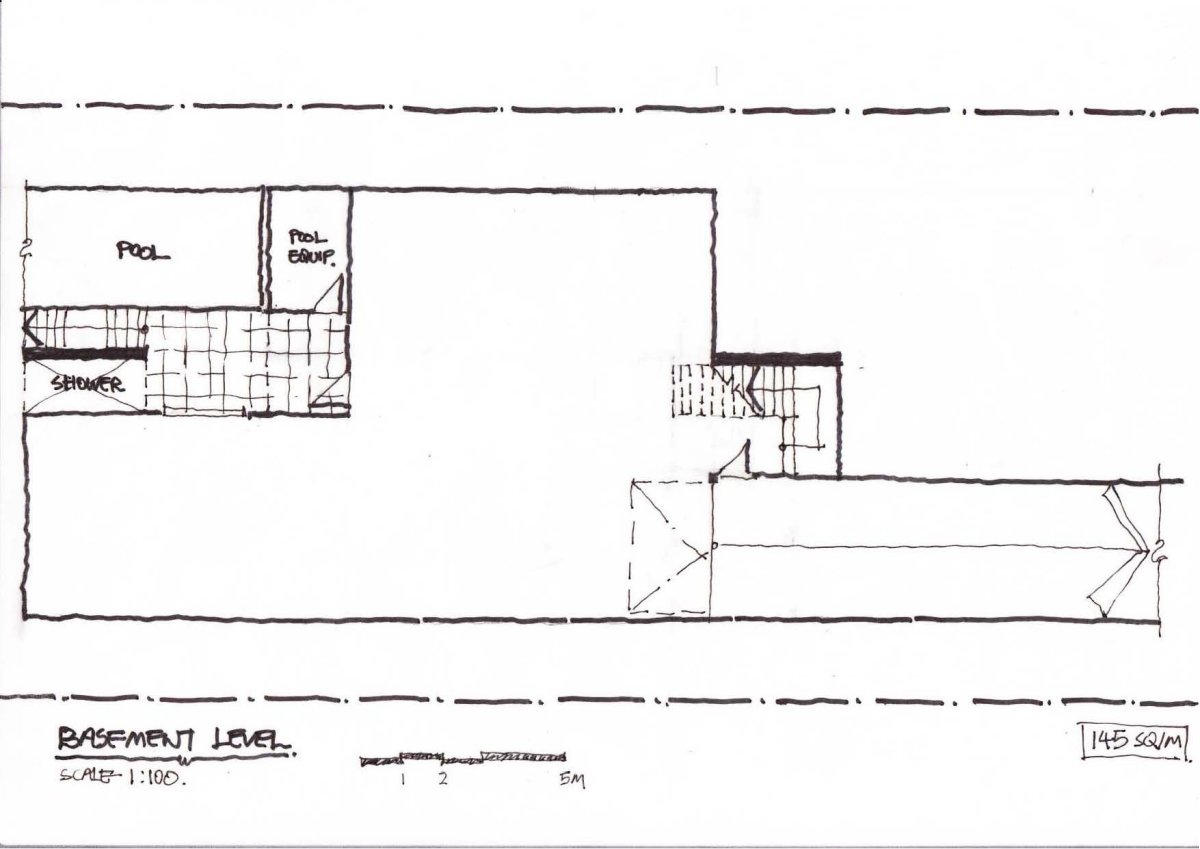 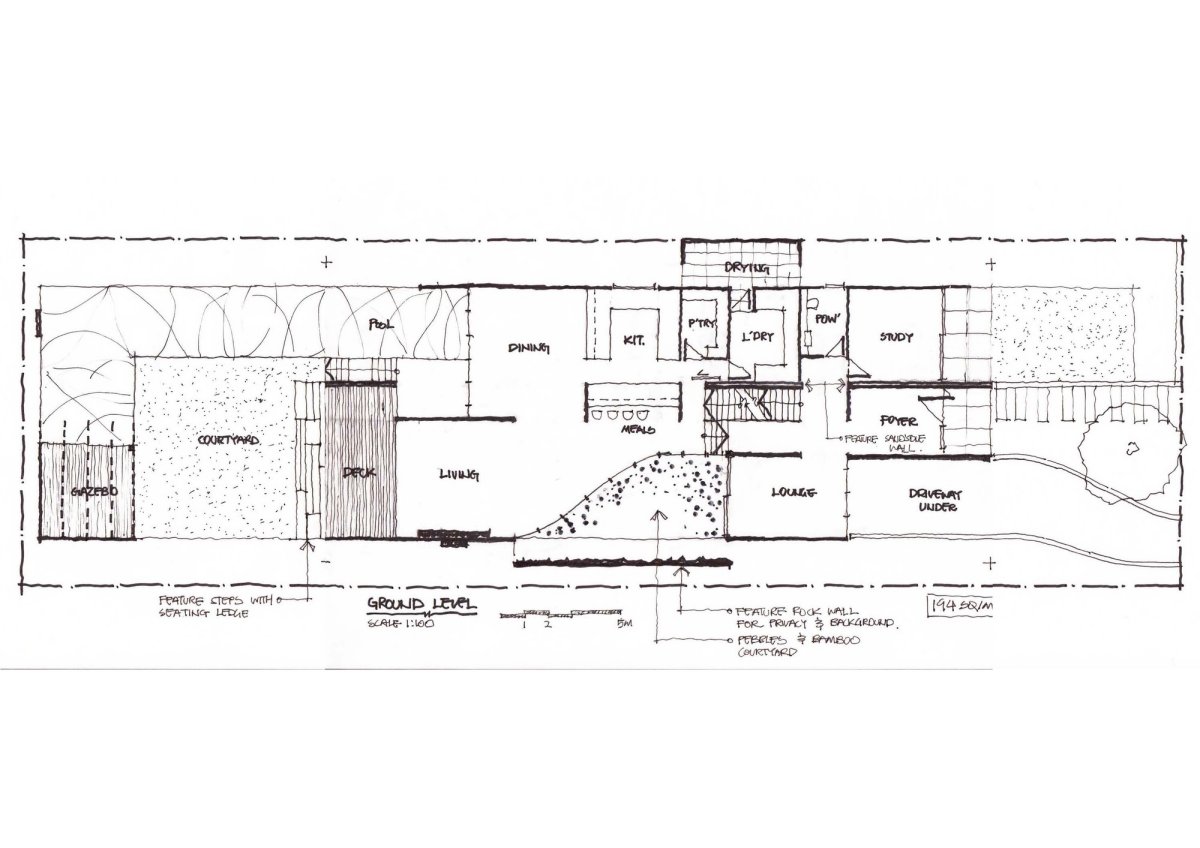 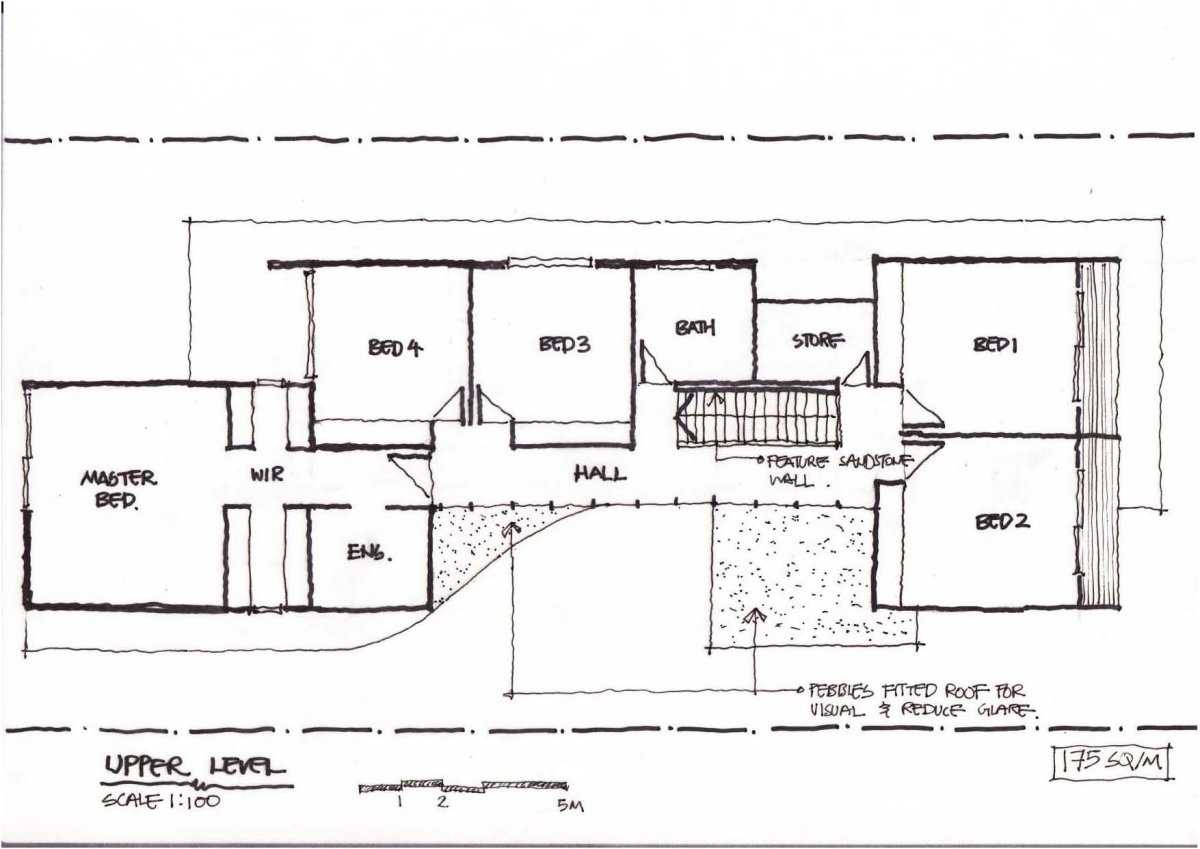 “The project is located in one of the most sought after regions with exclusive real estate properties known as the golden triangle of Strathfield, NSW Australia. The leafy suburb predominantly has pre-war bungalows and houses contributing to conservative streetscapes. Due to the ineffectiveness of the existing dwelling in its planning, relation to outdoors surrounding and maintenance cost, the client has decided to start afresh by completely rebuilding.

The beginning of this project goes through complex analysis of the environment, starting with the surroundings directly affected by the conservative town planning regulations. The analyses singled out planning controls positively contribute to the immediate surrounding which determined the final shape and envelope of the building. The building envelope and composition of “The Box House” consists of series of boxes interlocked in an organized and formal manner. The rigid formation, however, is “deformed” with the insertion of an organic element in the form of a bamboo courtyard to the centre of the dwelling. This courtyard serves as an incision to the lineal planning of the dwelling in order to provide emission of natural lights and serves as an extension to outdoor spaces.

The client, who is also a structural engineer, has good working rapport with the architect which contributed to the success of the built by providing unconventional structural solutions. The suspended concrete slab and roof parapet wall has been constructed with single pour of concrete to ensure no construction joints visible to achieve seamless exterior finish. The interior also feature a custom built cantilevered staircase tread with welded steel plates finished in warm American White Oak which seems befitting with the sand stone wall.

From the street, the dwelling is designed to be well grounded to the immediate surrounding with the curved retaining wall fluidly descend from the façade to the landscape. Sandstone cladding formed the heavier element on the exterior ground level with careful insertion of timber element to compliment the earthy tone of the dwelling. In contrast, however, the zinc cladding provides a fresh and unique element which signifies the new built and punctuates the otherwise conservative conventional streetscape.” 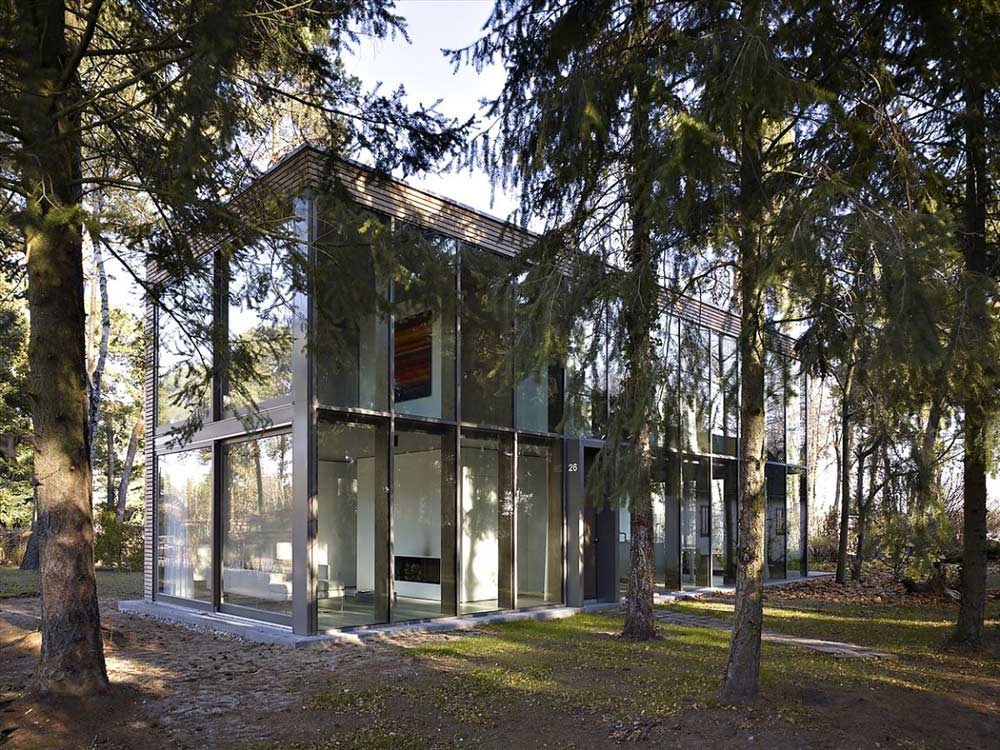 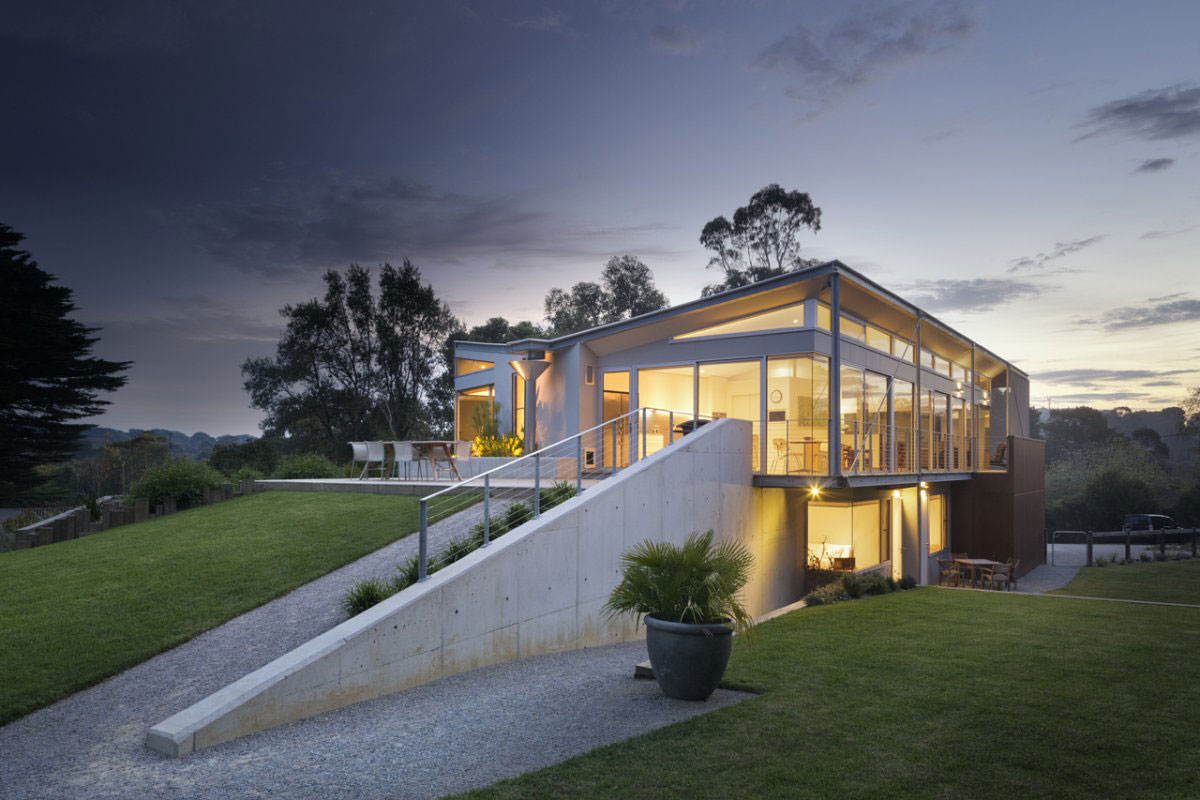 Inspired by a Passion for Sailing: Rest House in Victoria, Australia 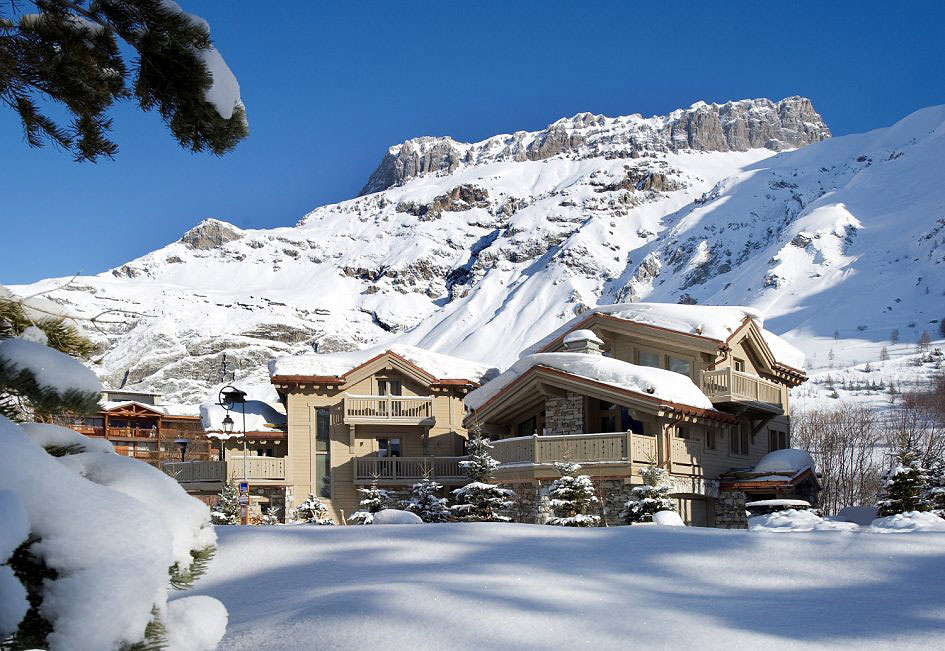 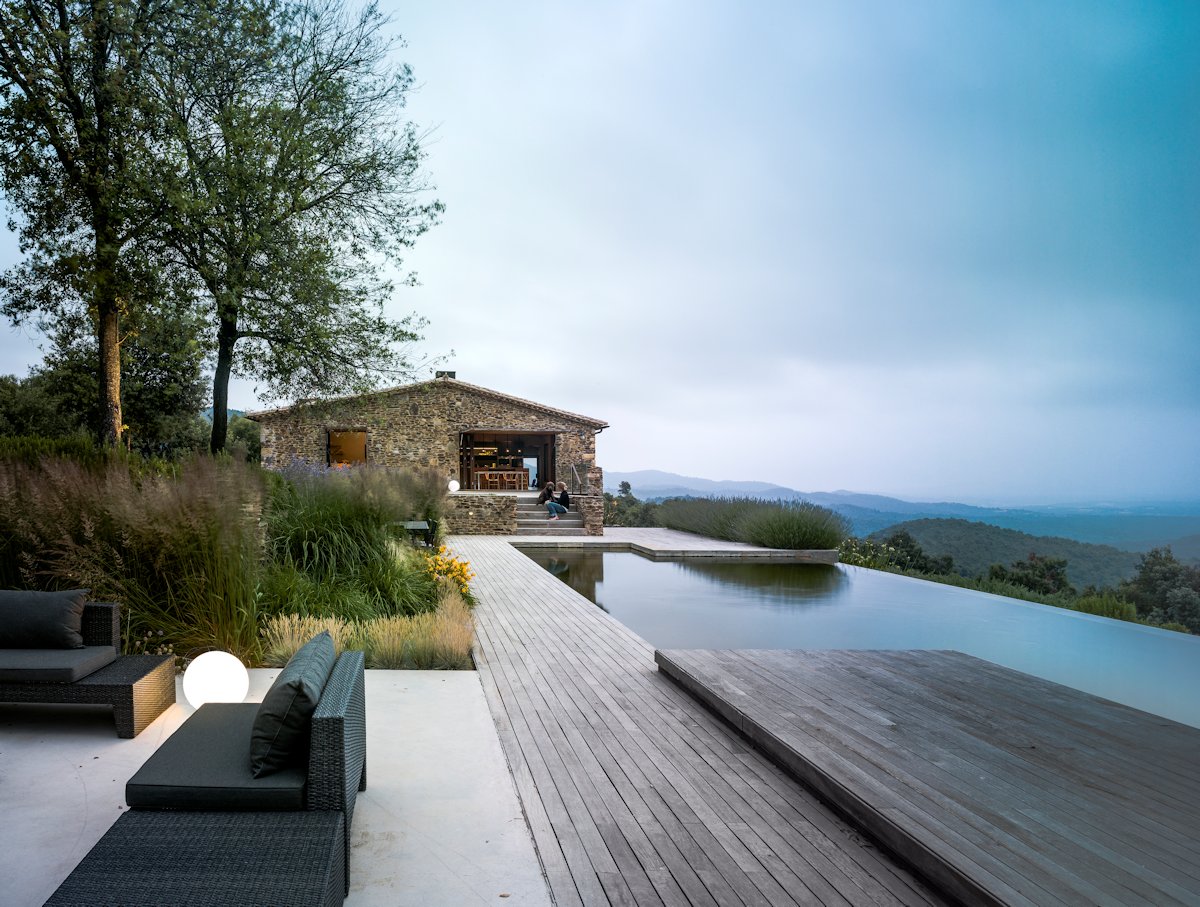 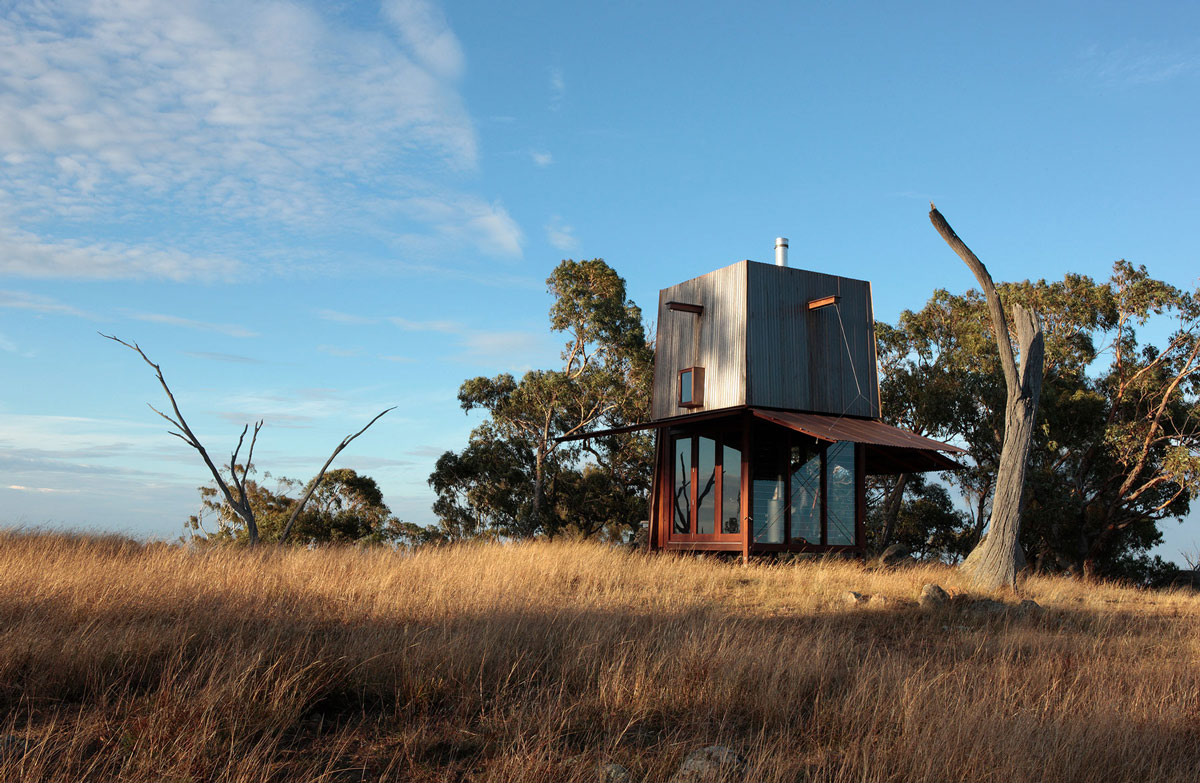