Renovation and Addition in Dorval, Canada 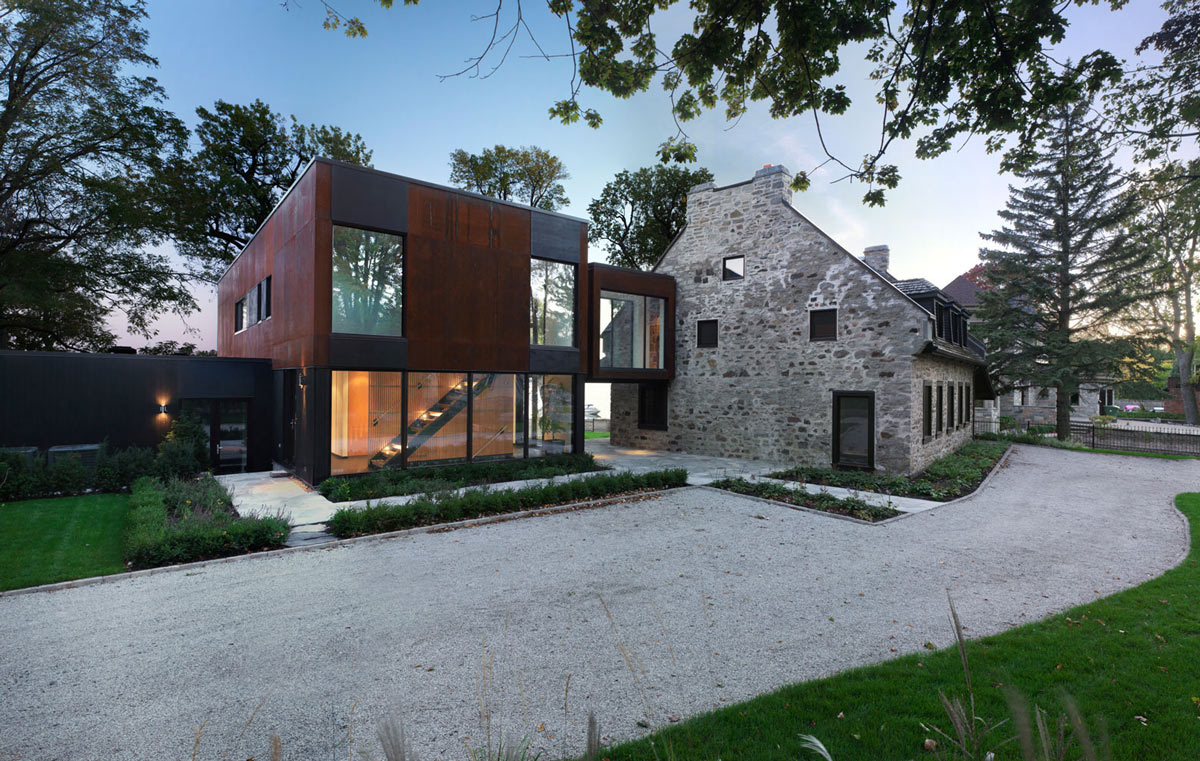 The Chemin Bord du Lac was completed by the Montreal based studio Henri Cleinge. This project included the renovation of a 200-year-old home and a significant modern addition. The clients required space to accommodate four generations of their family, including the great grand farther, the grandparents and the children in the old house, and the parents in the new addition. 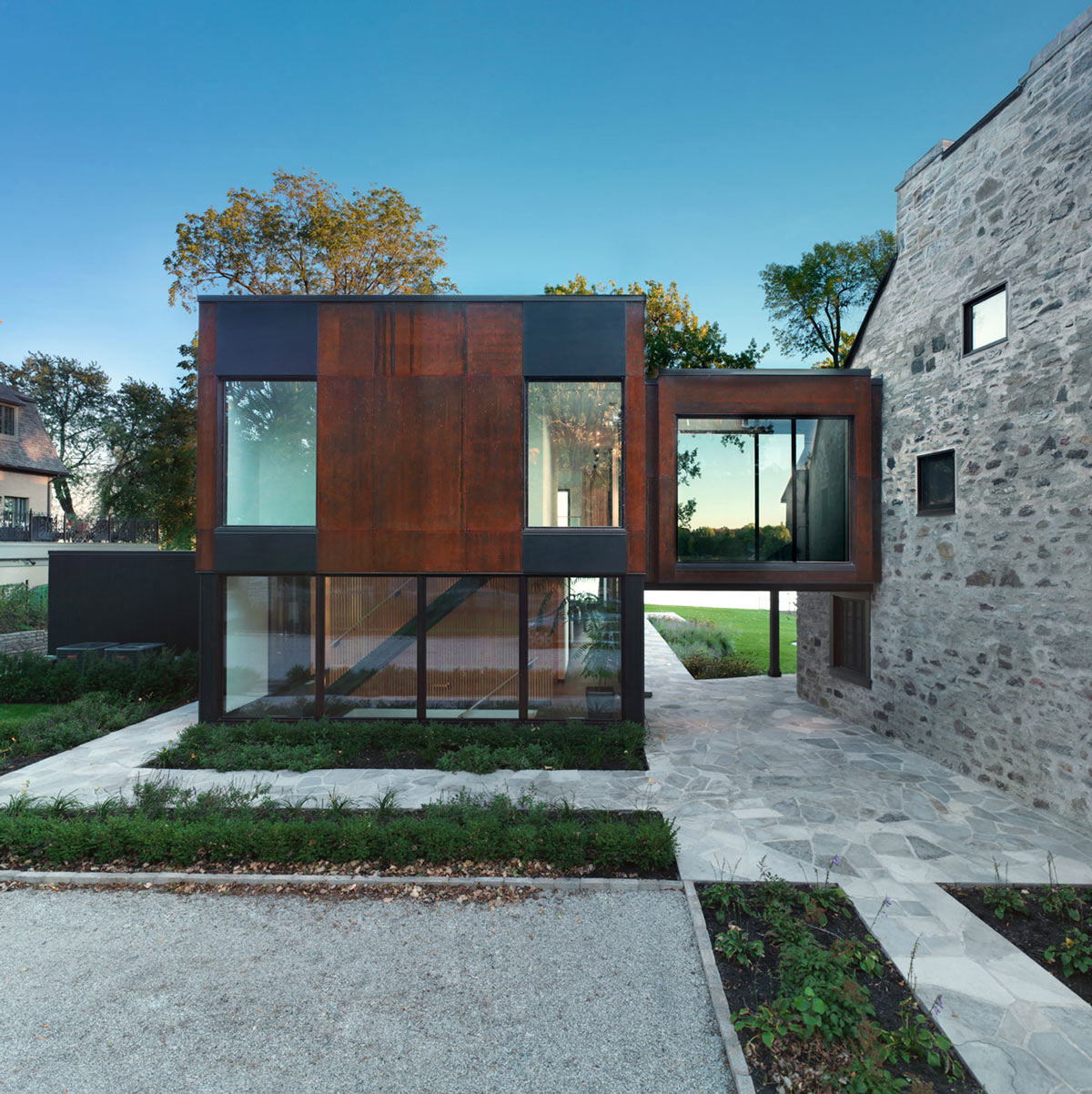 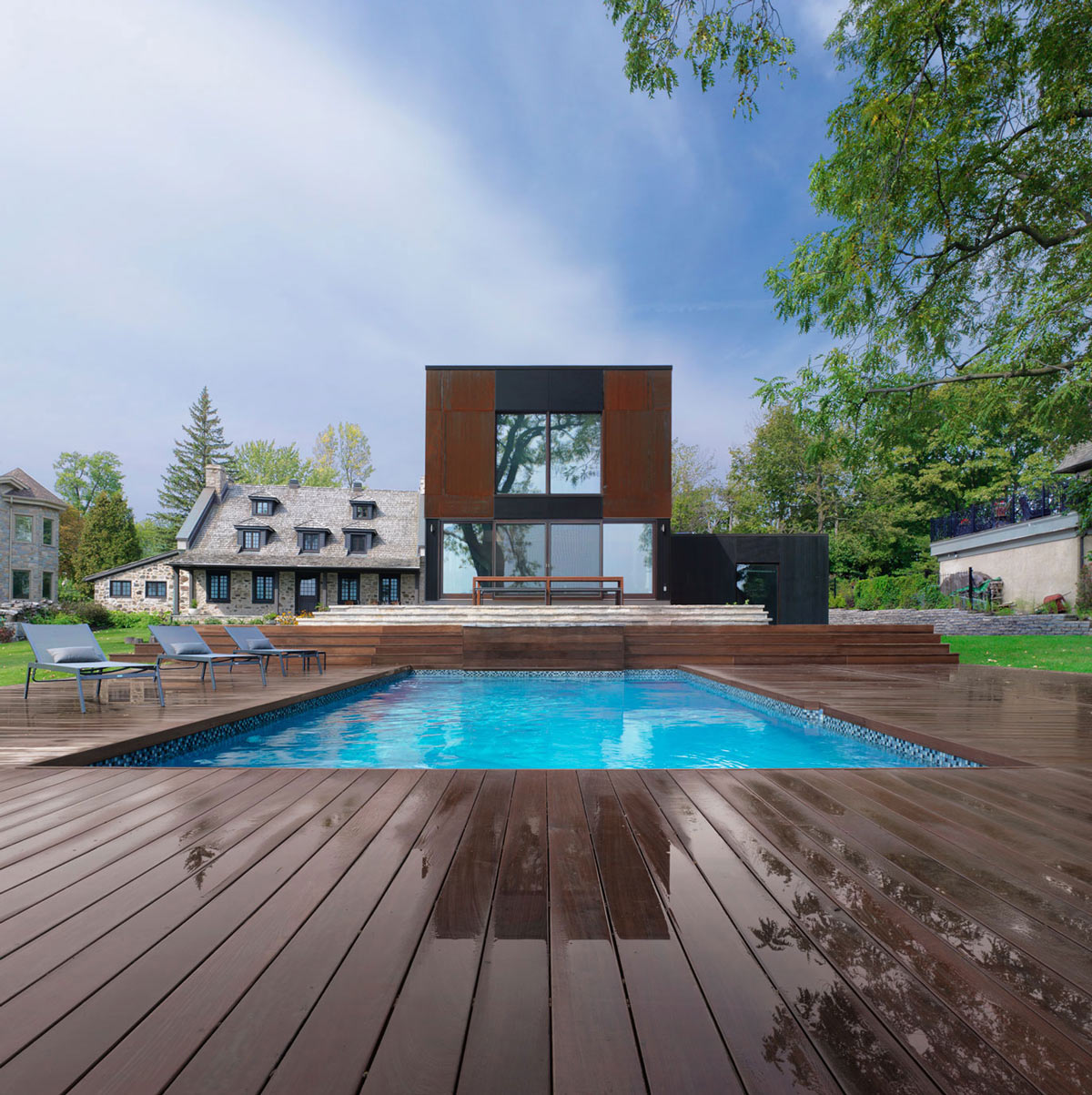 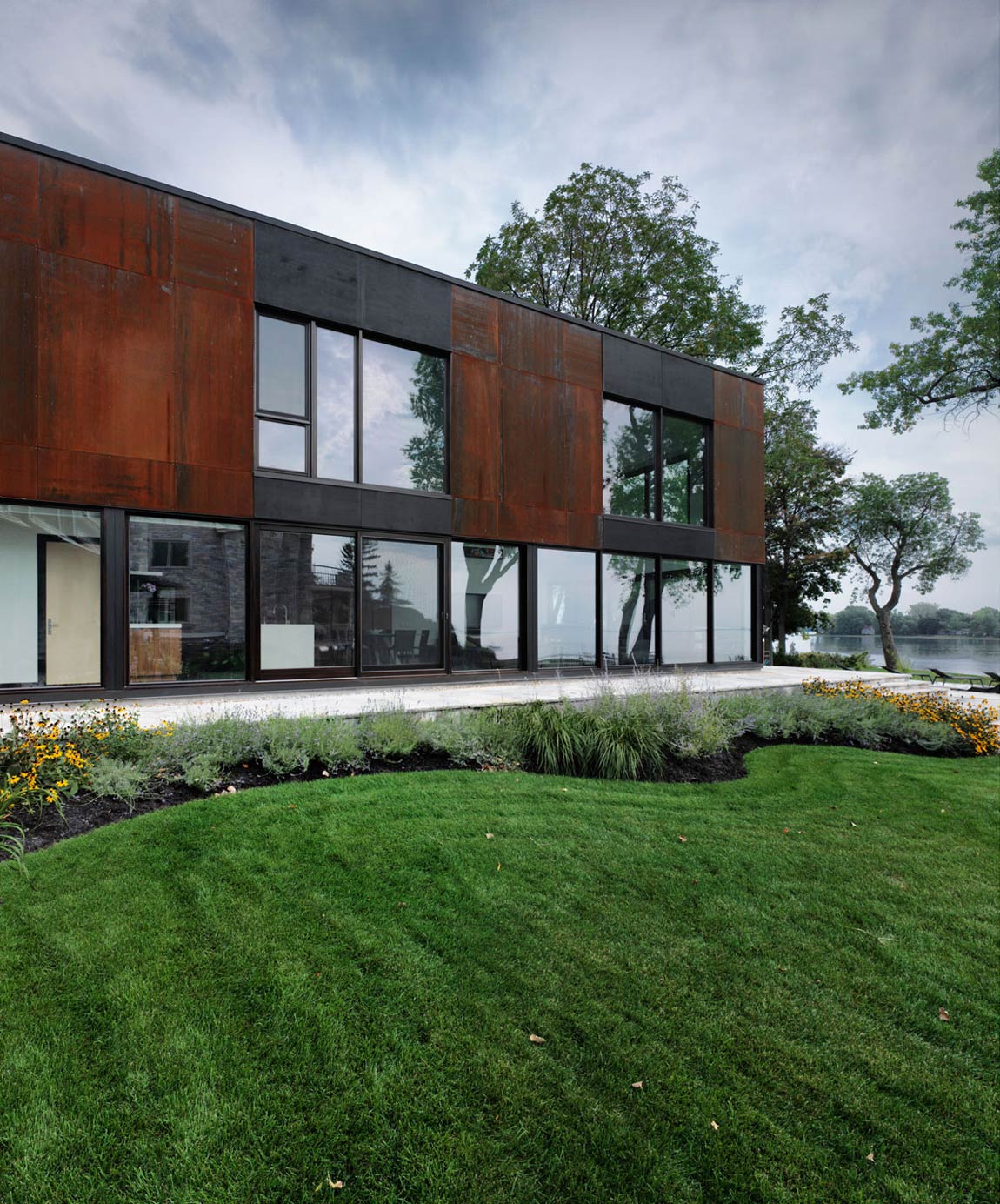 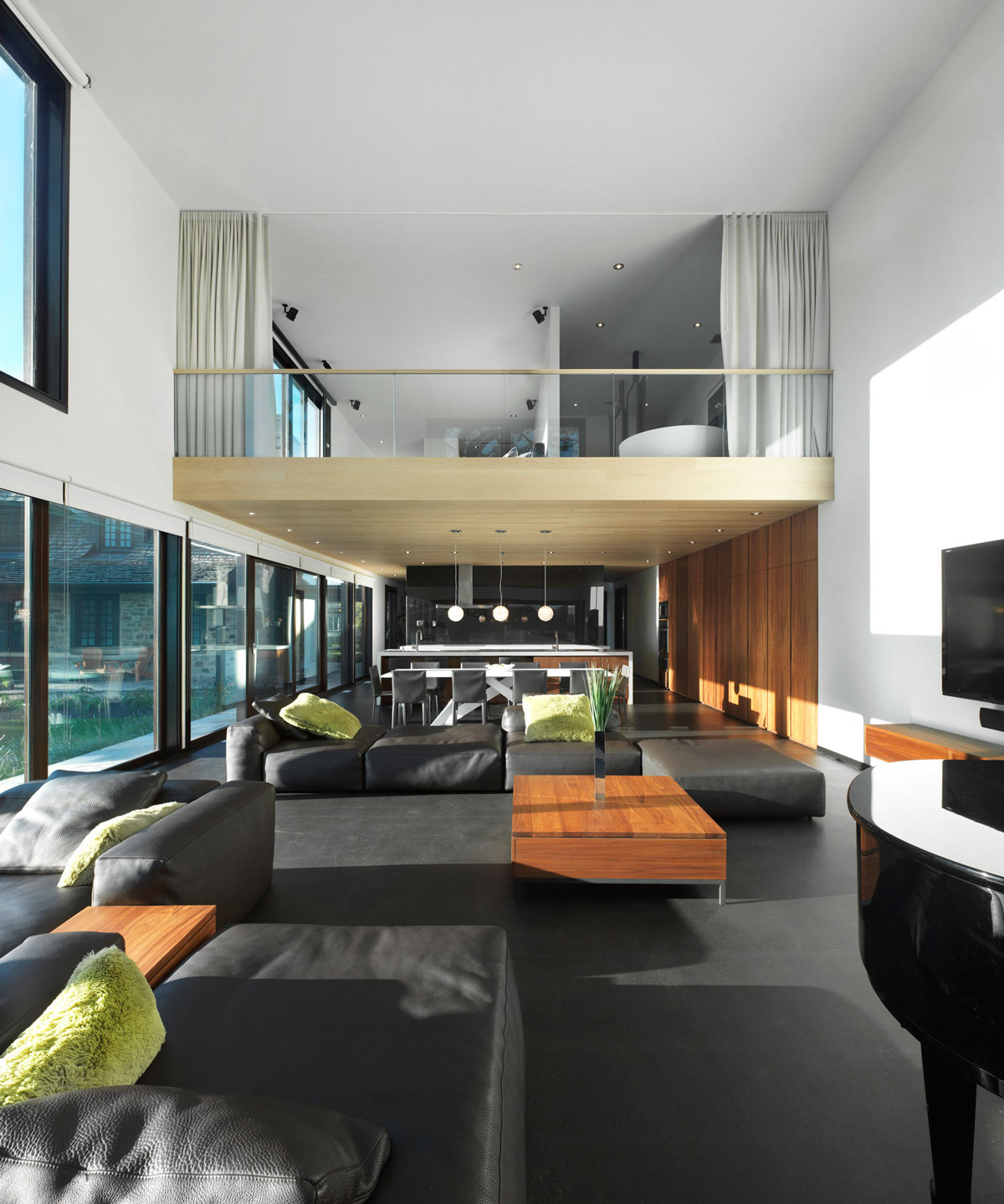 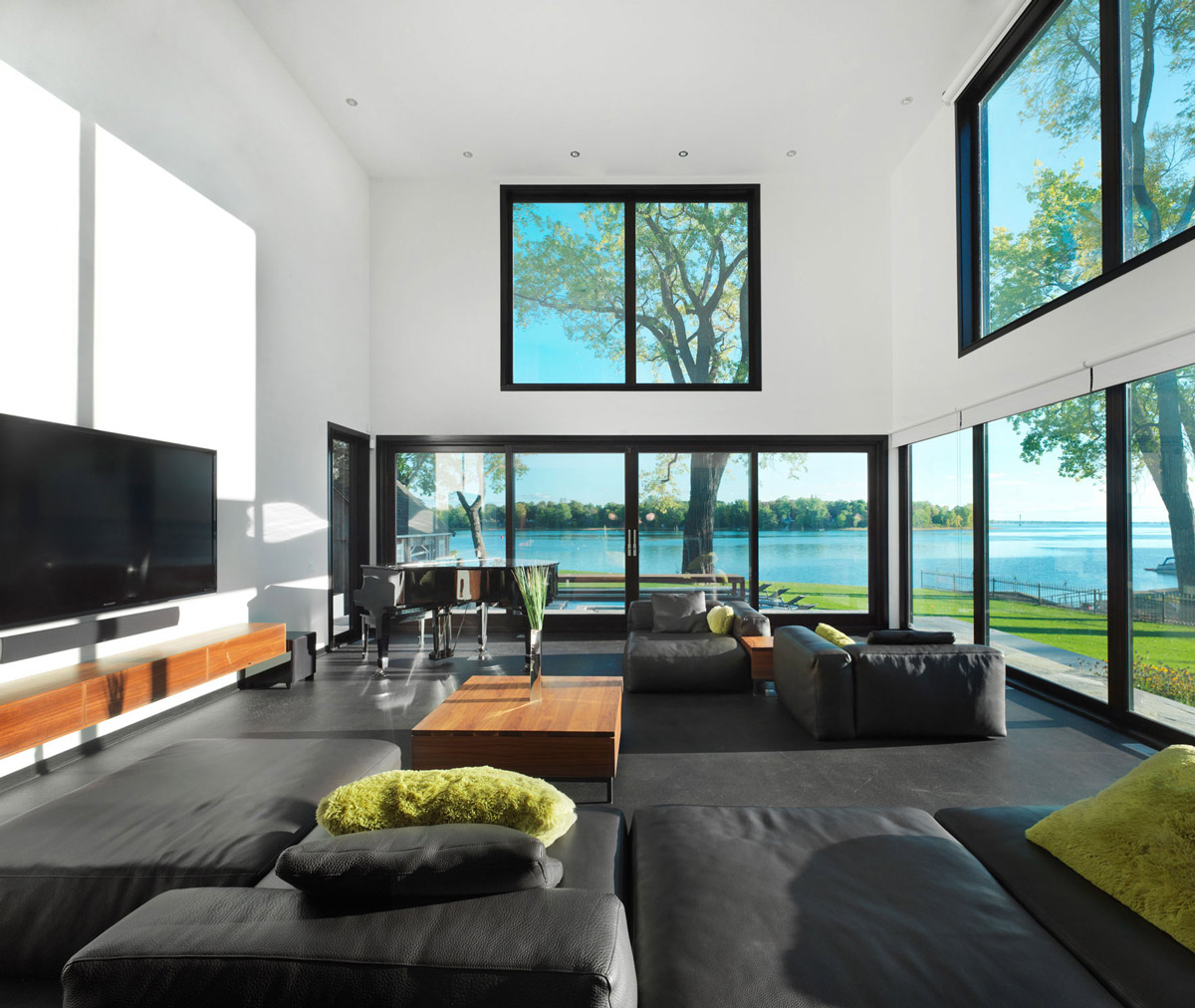 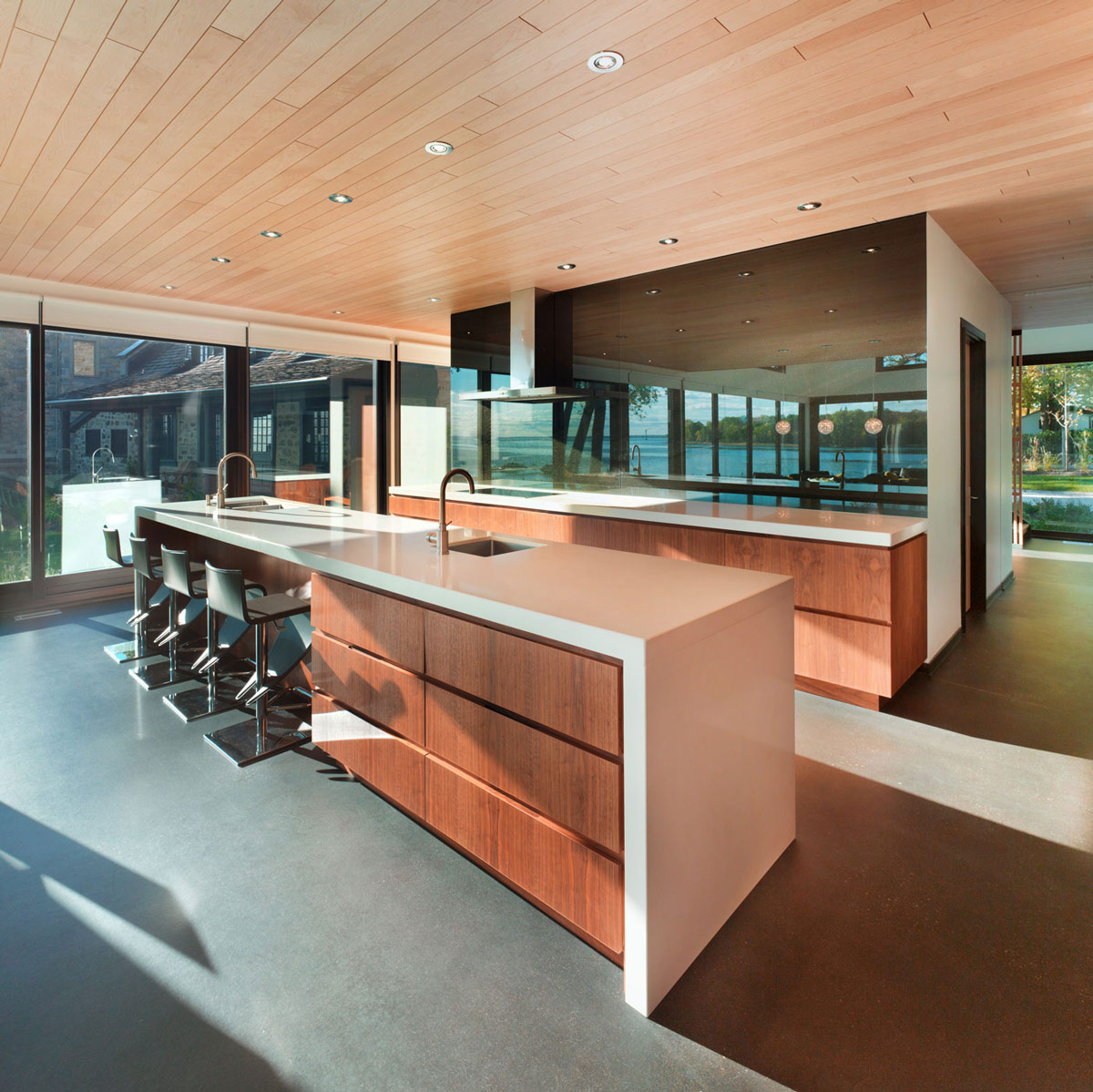 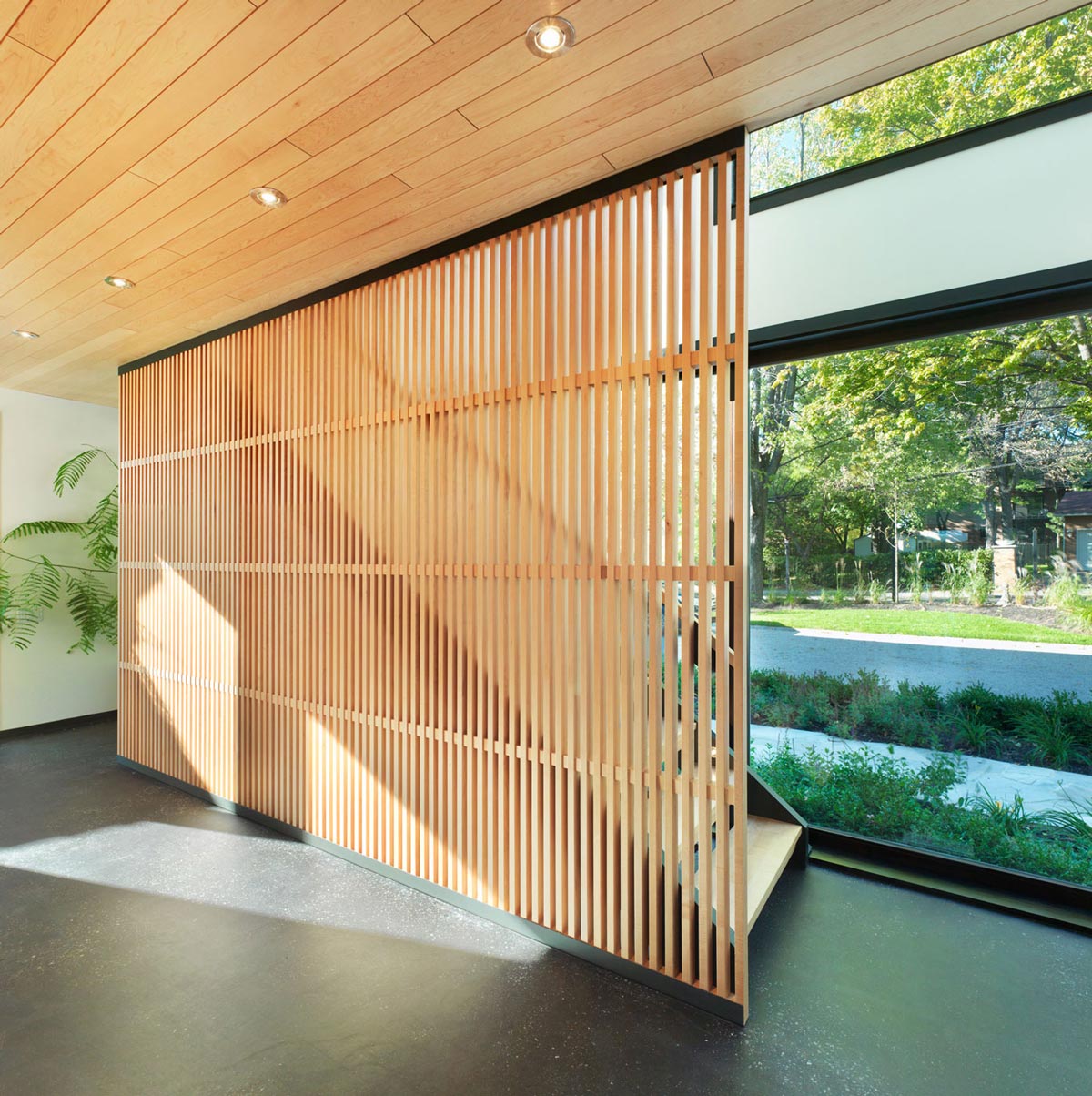 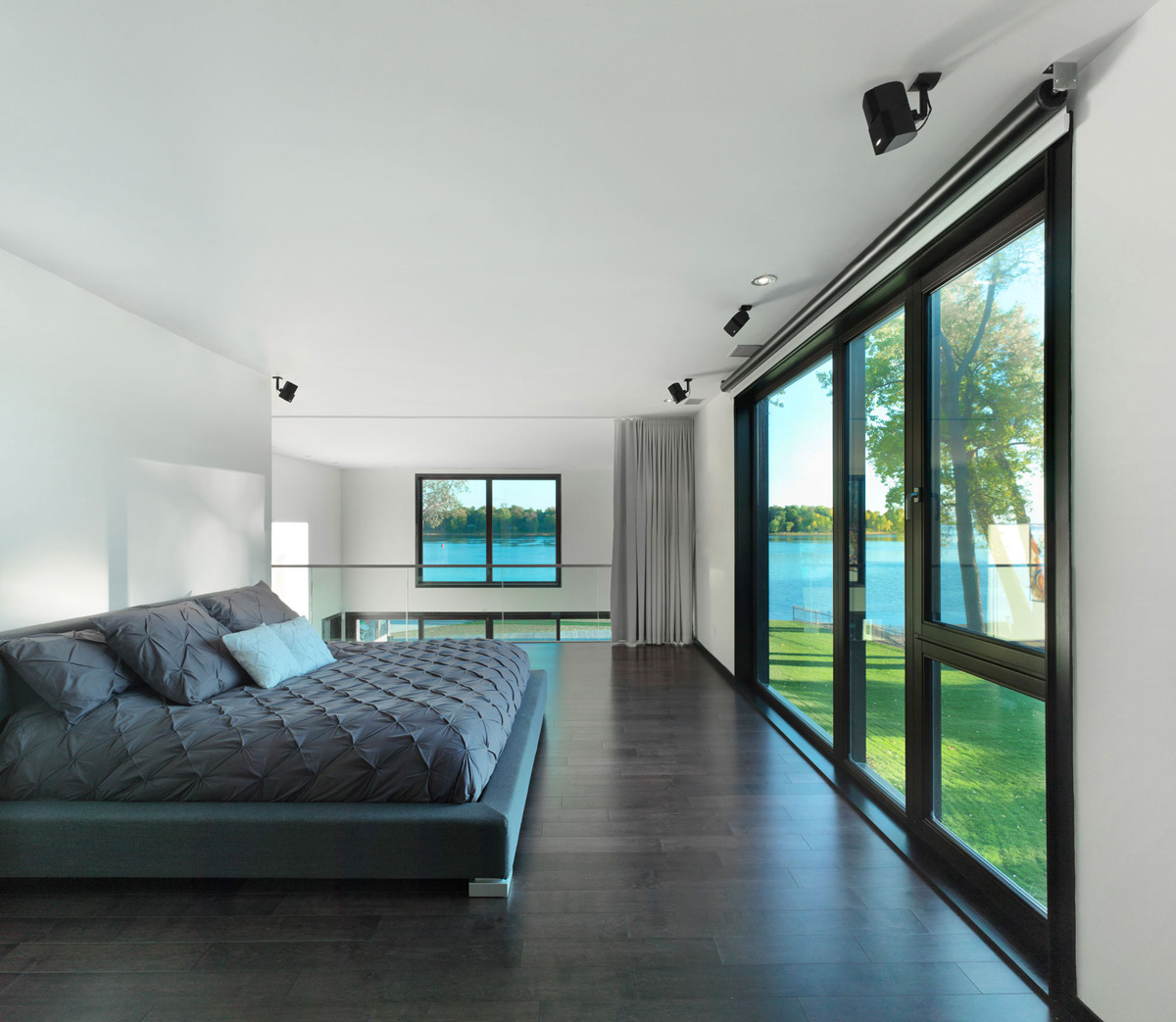 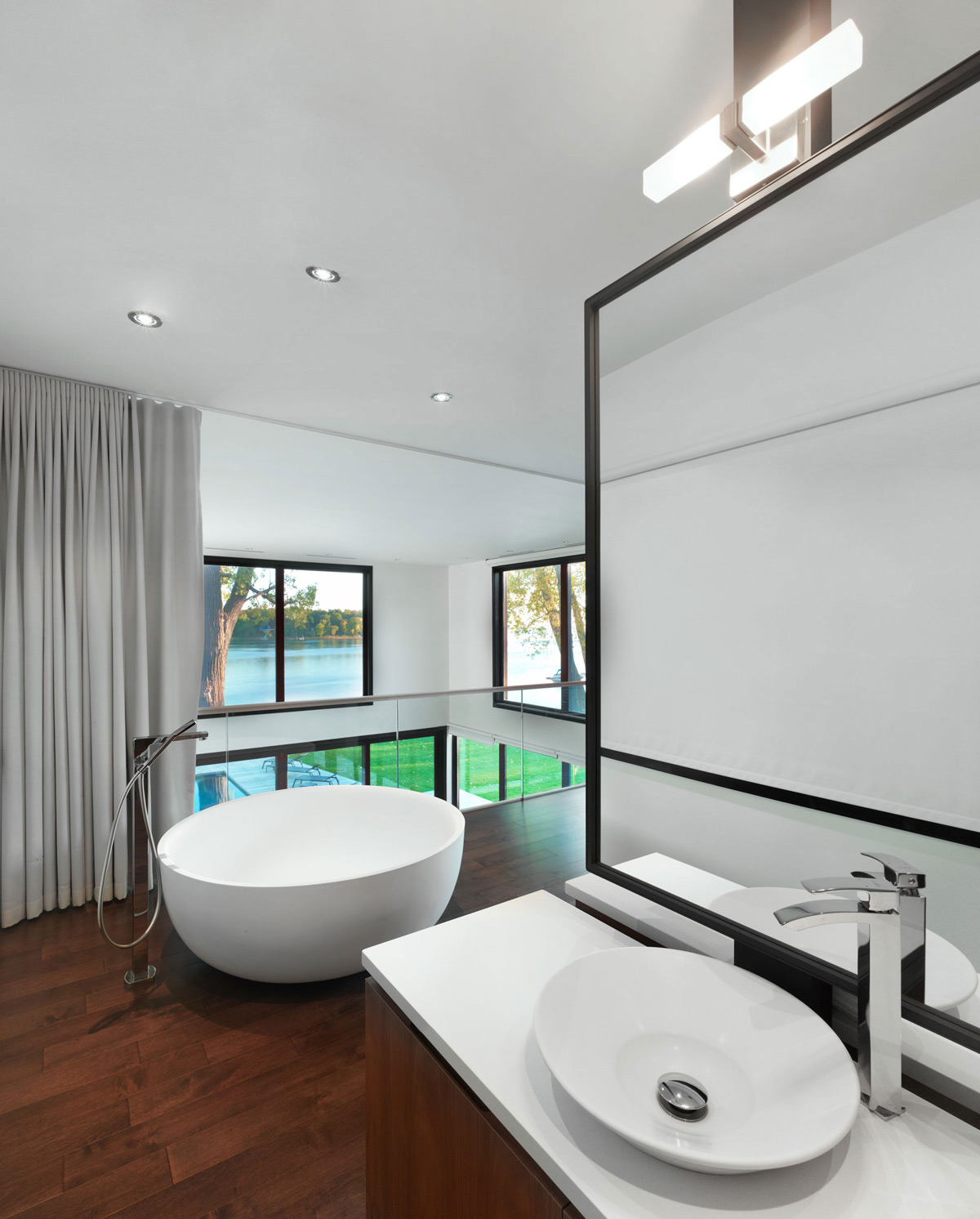 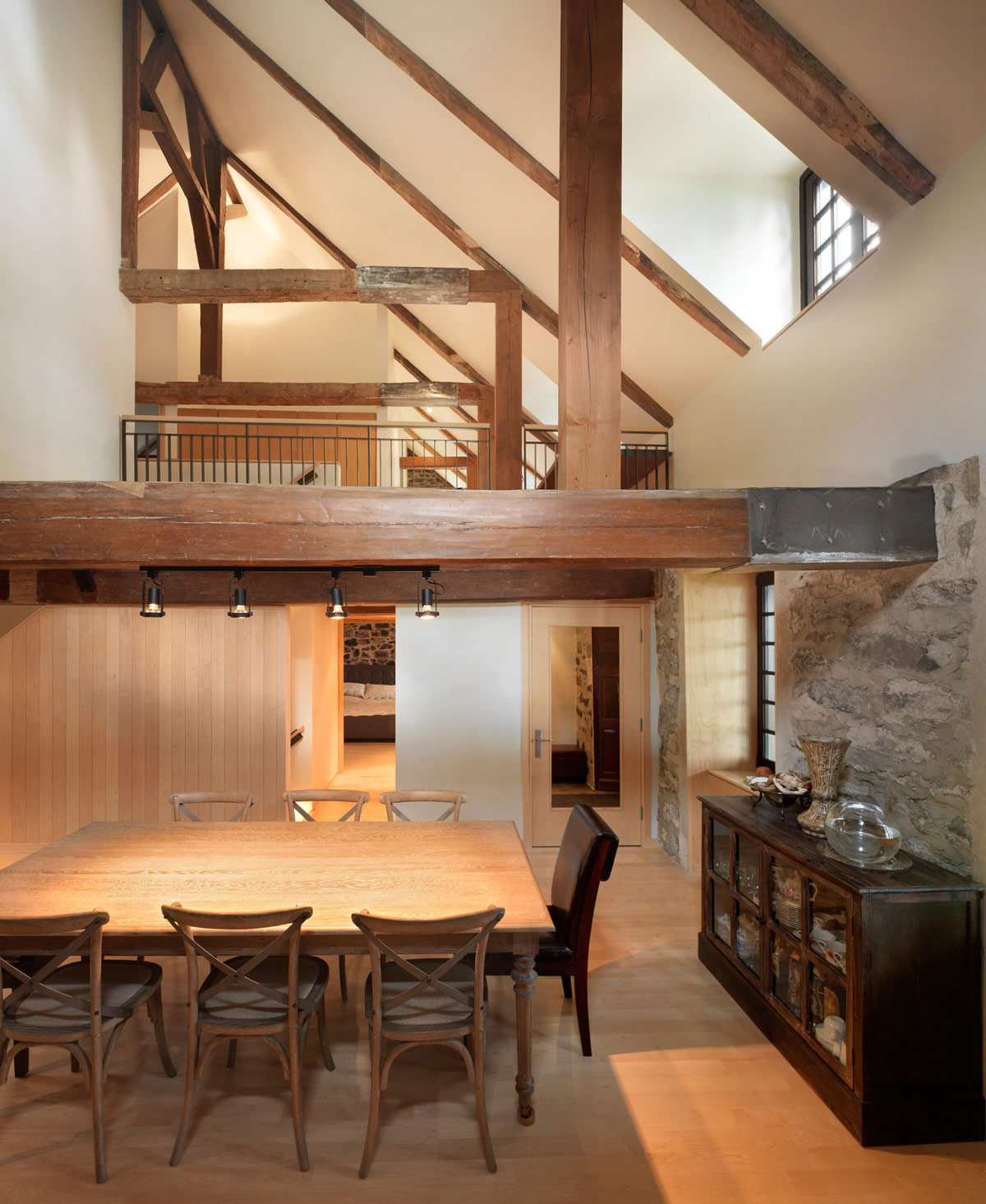 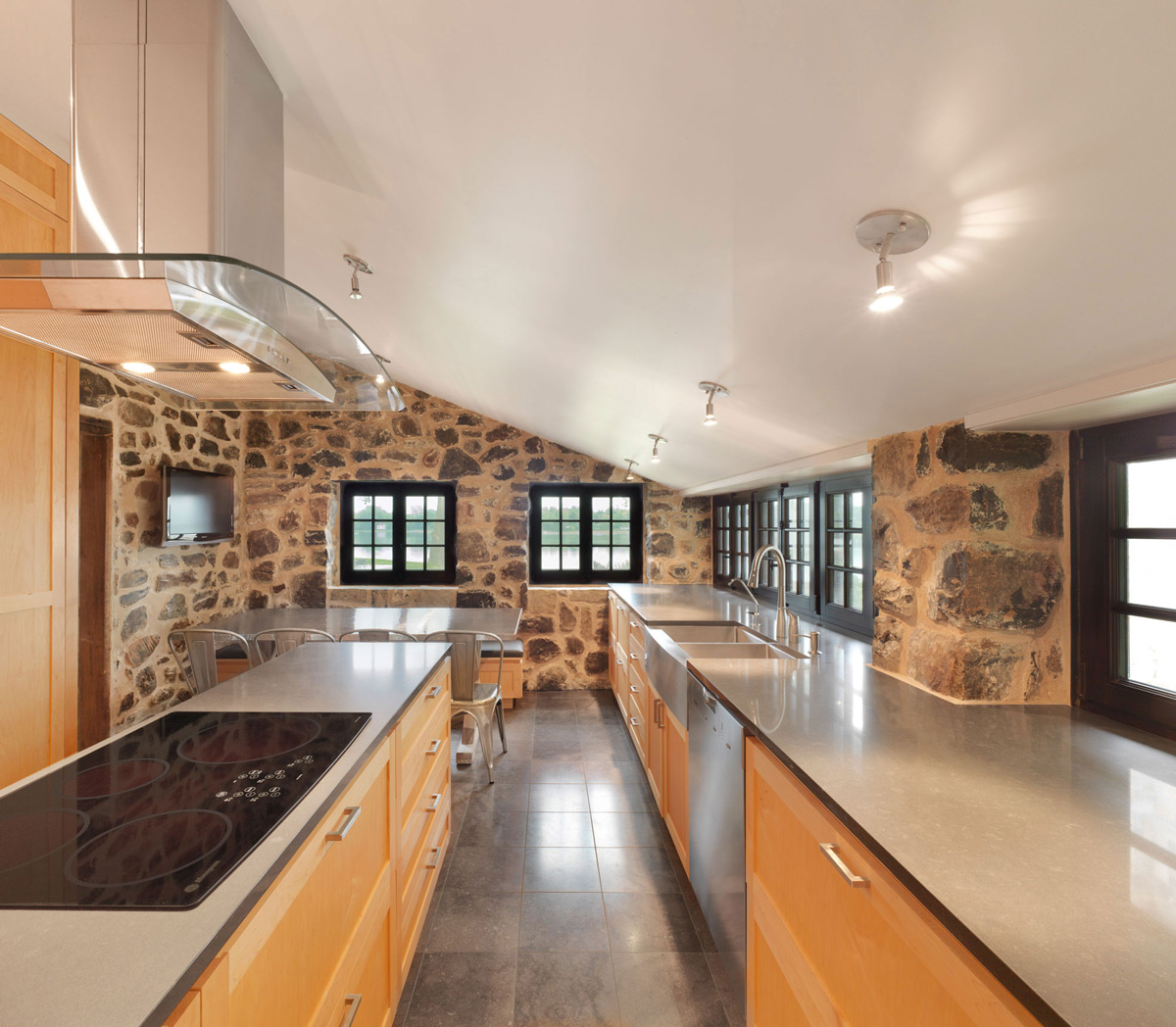 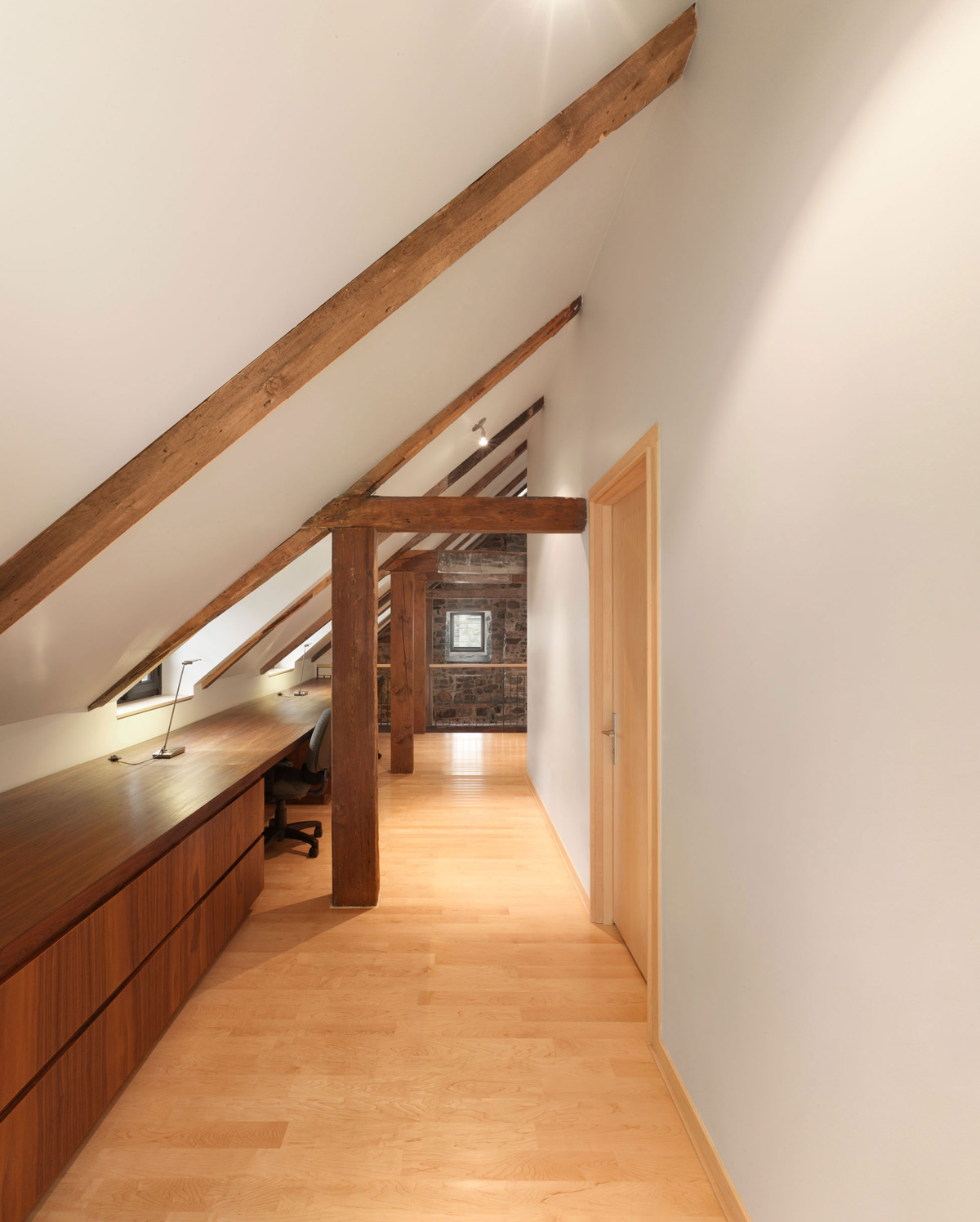 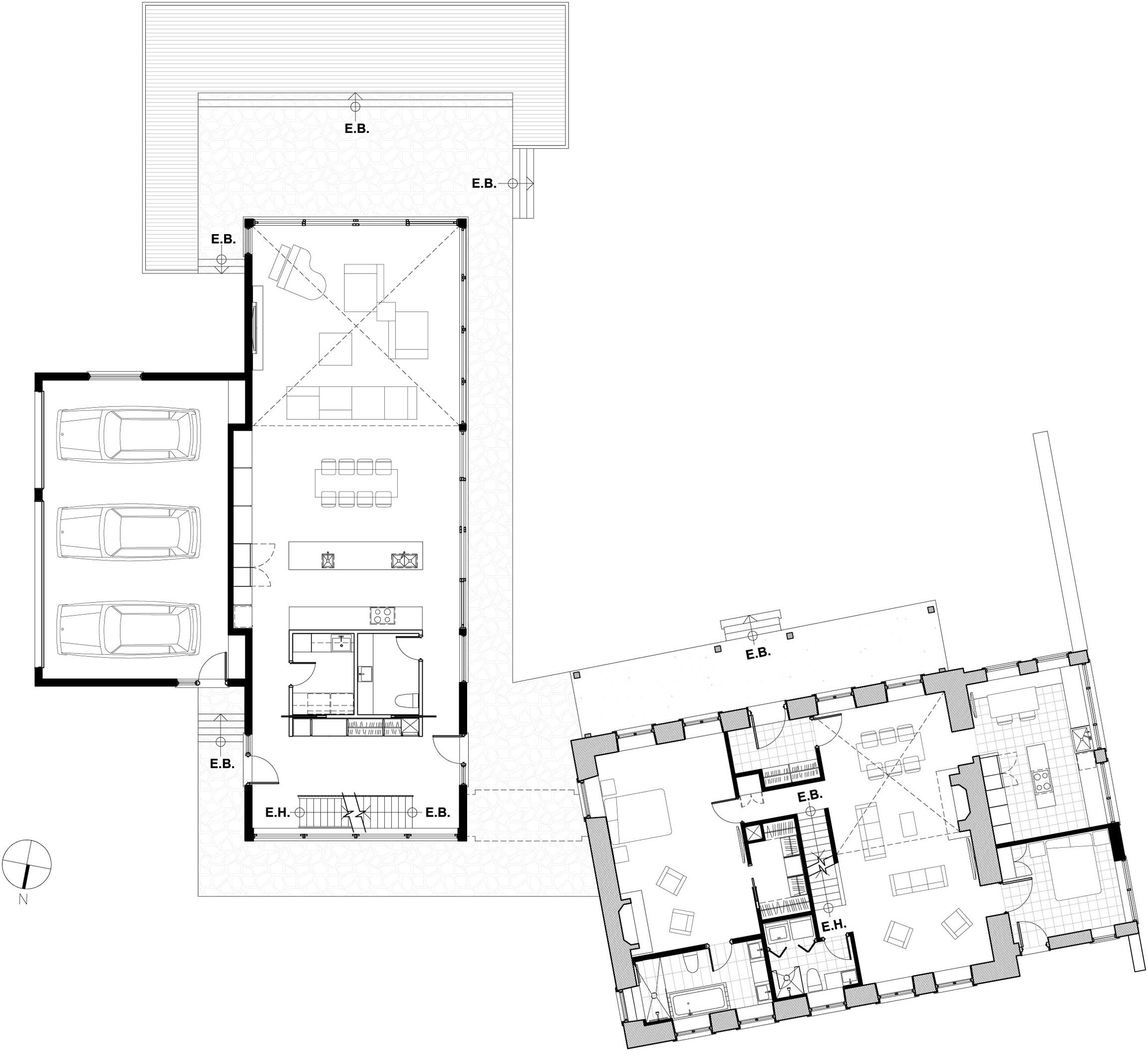 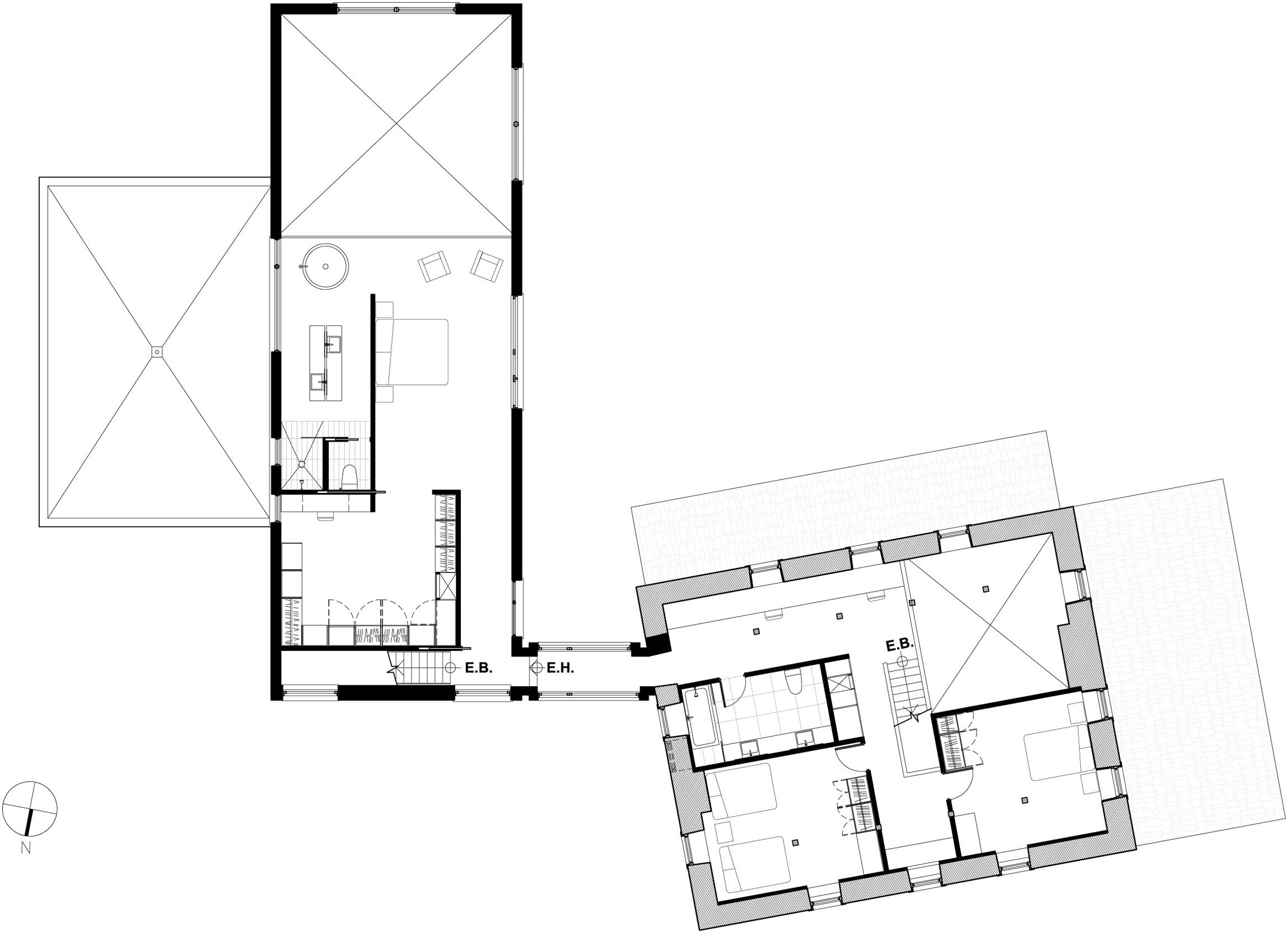 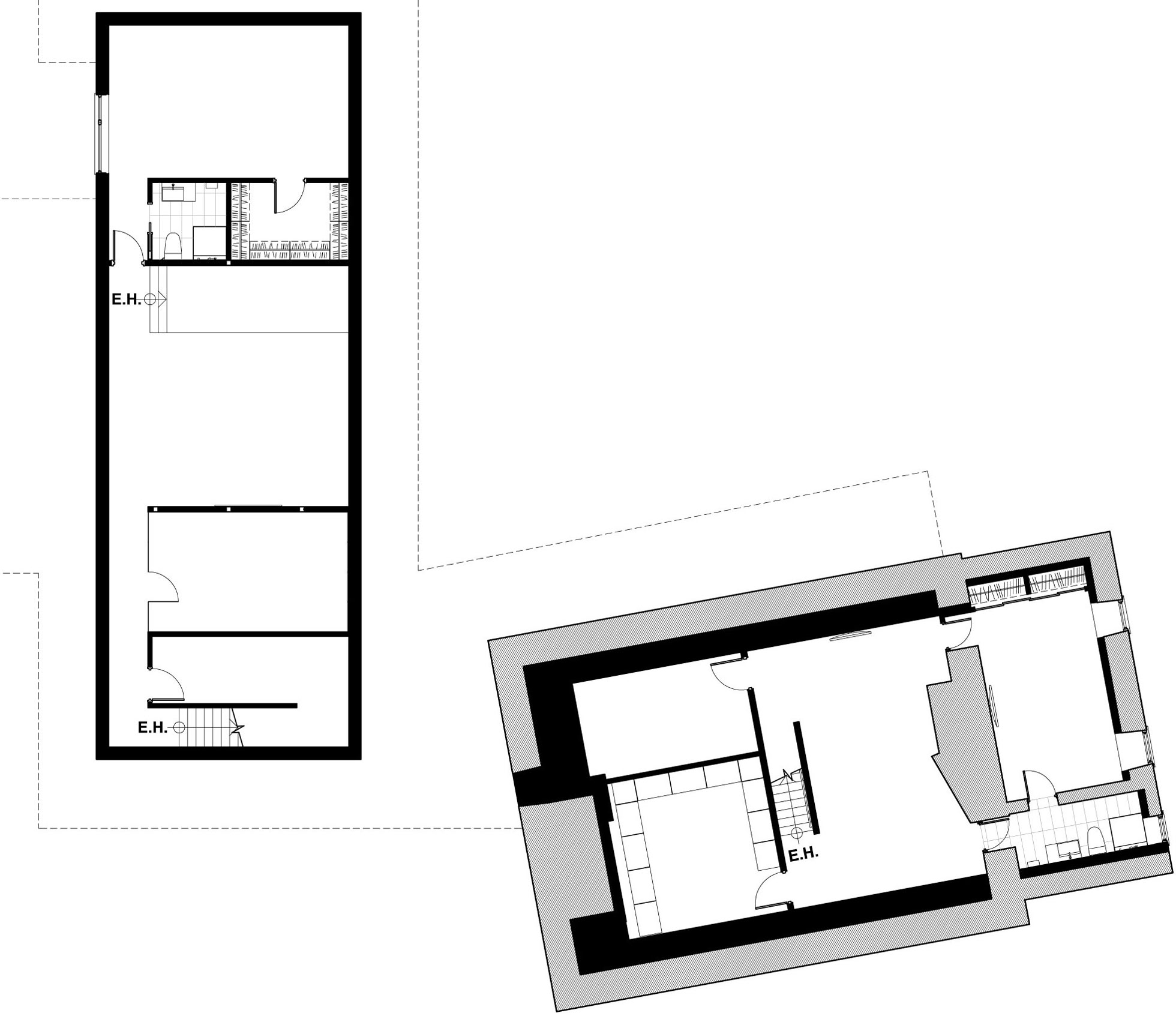 Approached to renovate a 200 year old Quebec stone house and to design a significant addition, we were challenged to define a clear conceptual approach which would reconcile a contemporary architectural language to the ancestral home. The original structure once belonged to the Hudson Bay Company and had the main entrance facing the river, where the old road was situated. Over time, a new road was built on the back side of the house, which now became the front.

The program required sheltering four generations: the great grandfather, the grandparents and the children in the old house, and the parents in the addition.

This led to the idea of drawing a parallel between the multi-generational component of the program and the fact that a contemporary project would be built alongside a historical house. In this manner, the design expresses the passage of time. The strategy defined itself as a contemporary project contrasting the existing stone house, yet having an obvious relationship to the ancestral home. This idea extended to the way the spaces are defined, as two double height living rooms are at opposite ends, one in each volume, linked by a path highlighted by a bridge linking the old house to the new volume. 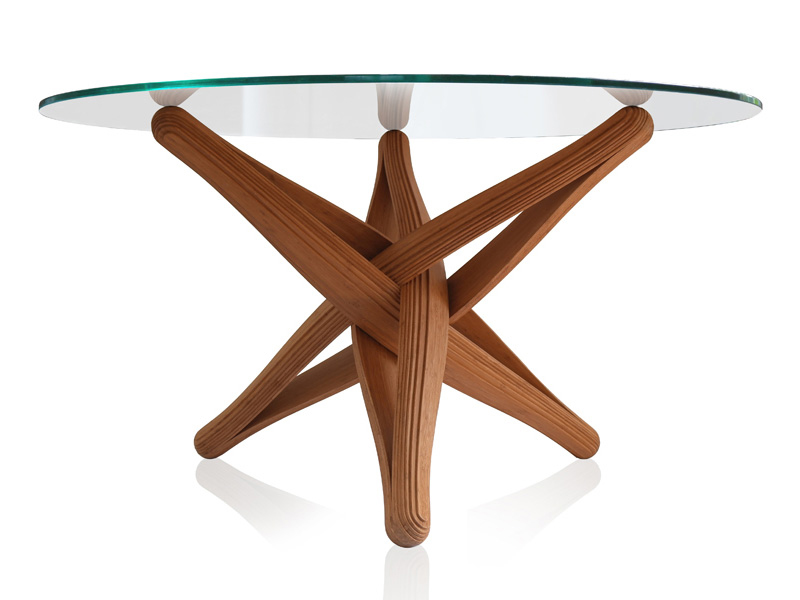 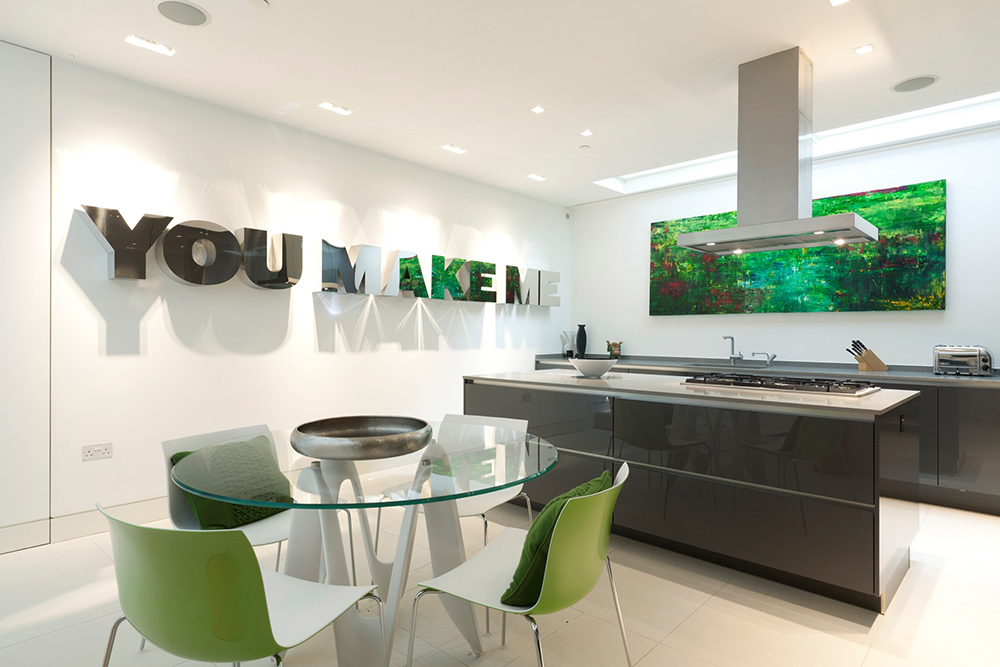 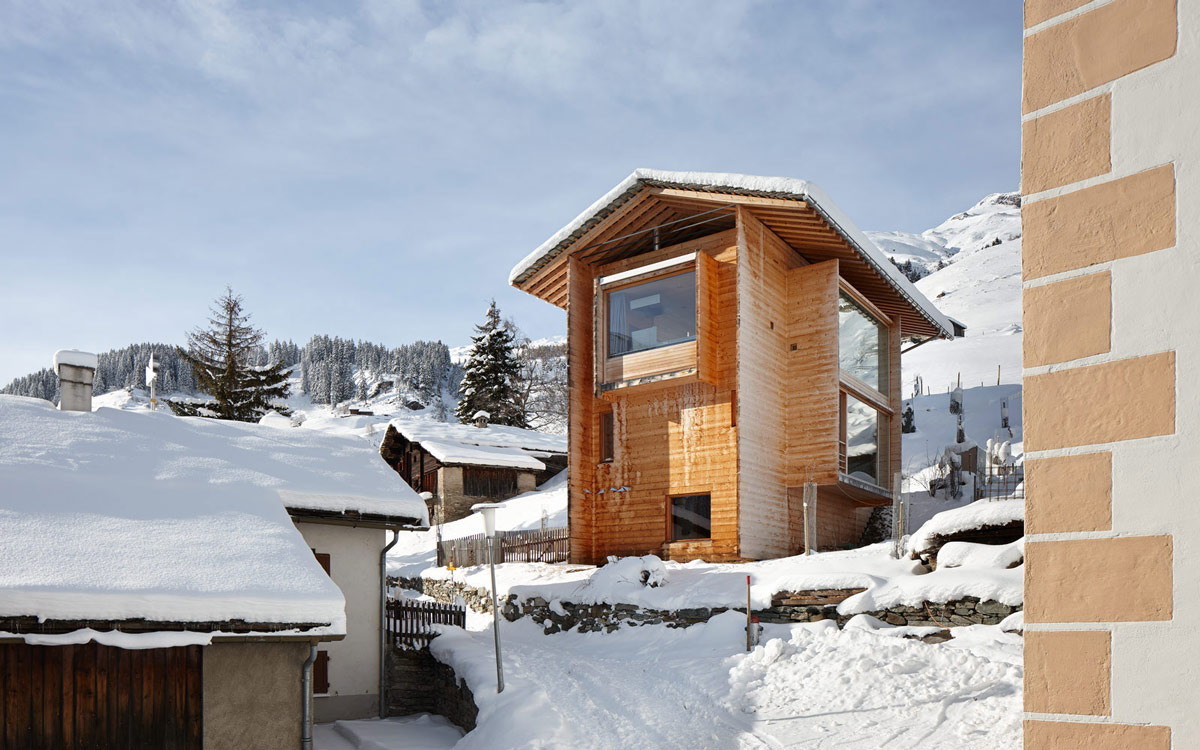 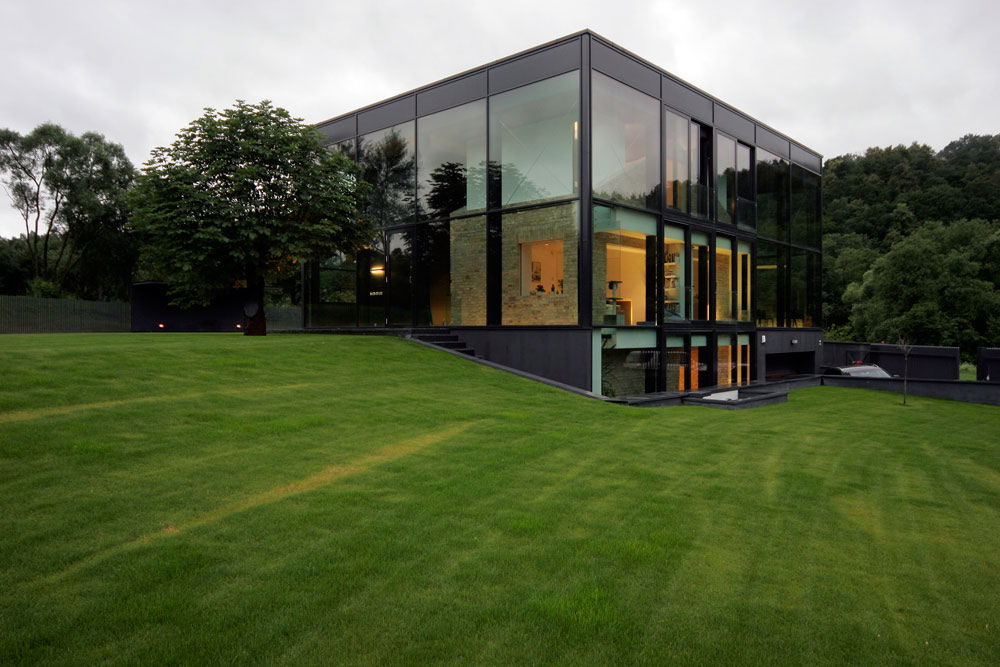 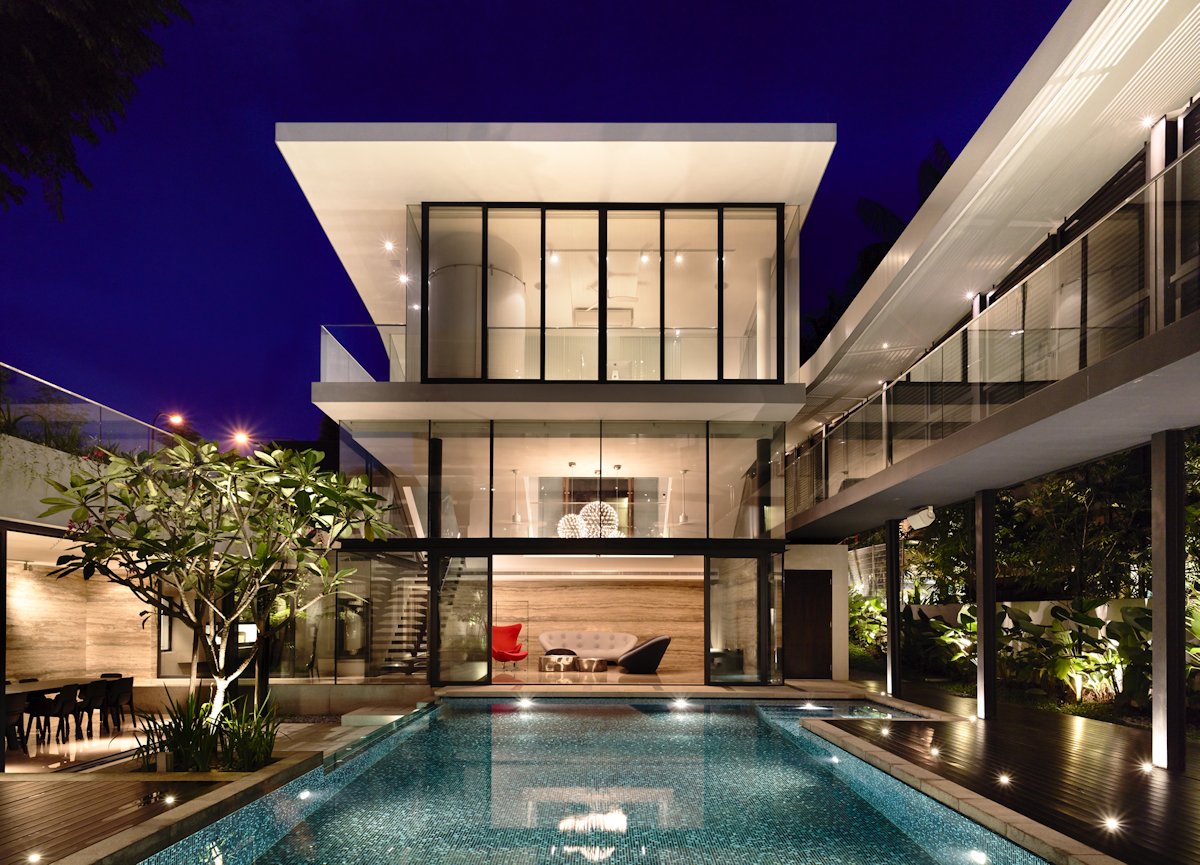 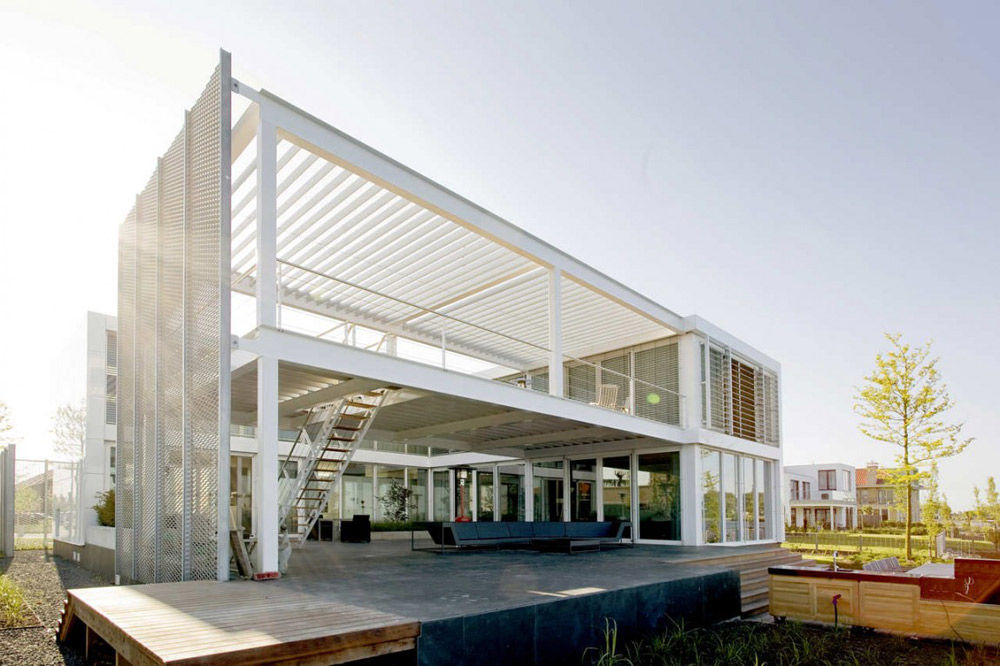