Extension and Renovation in Eindhoven, The Netherlands 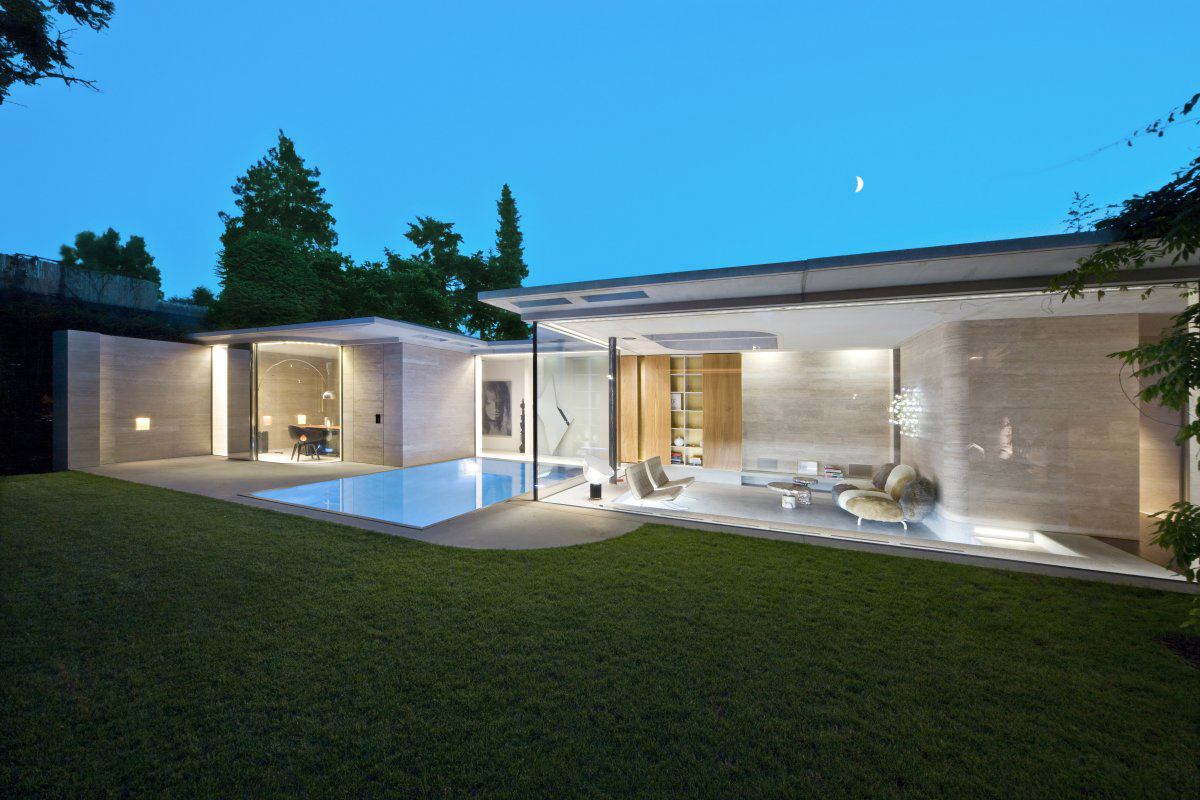 House IV was completed in 2012 by the Eindhoven based studio De Bever Architecten. This project included the renovation and extension of a home in de Elzent in the centre of Eindhoven, The Netherlands. 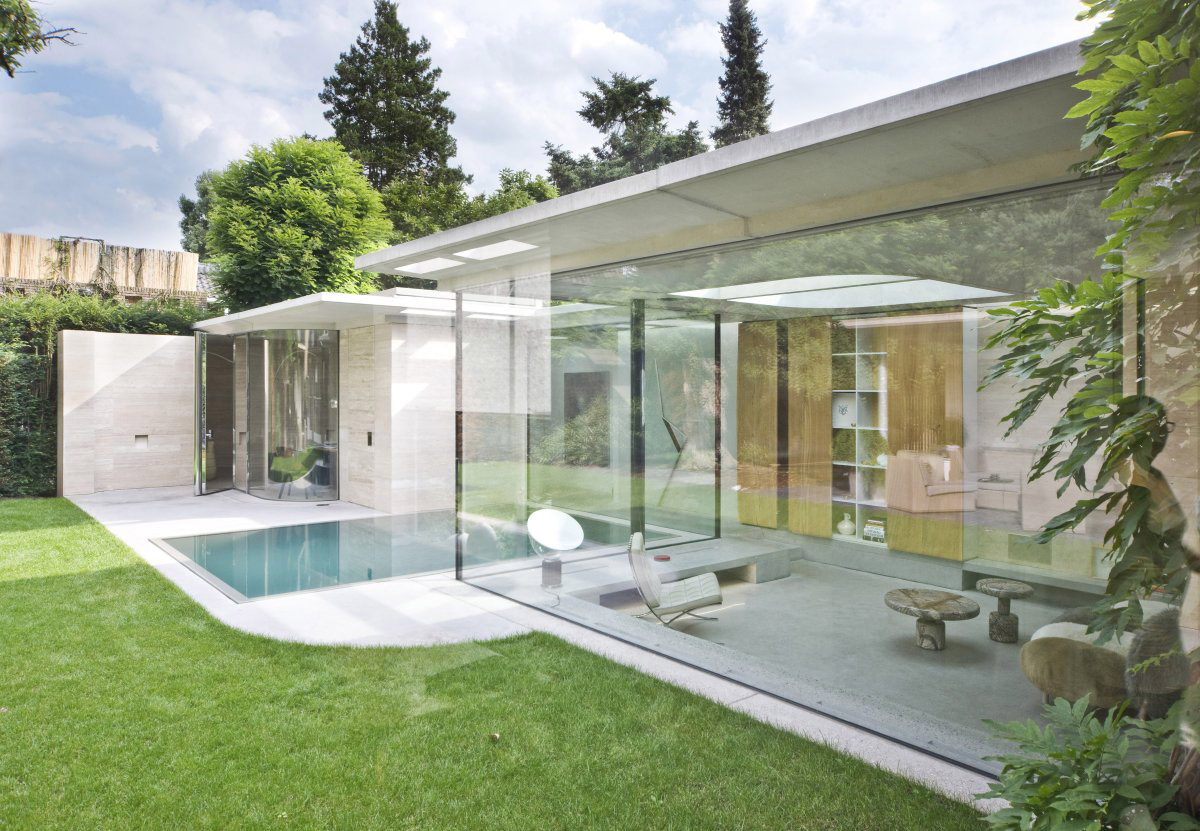 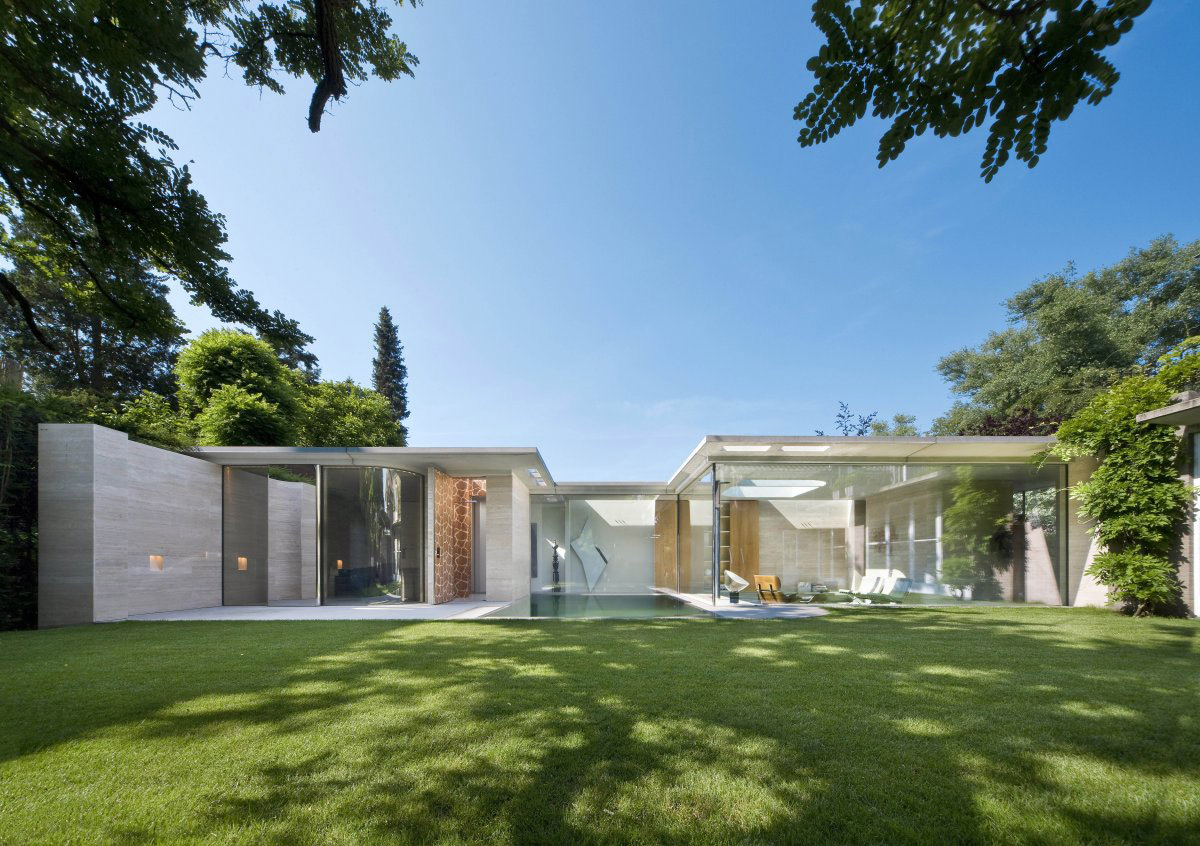 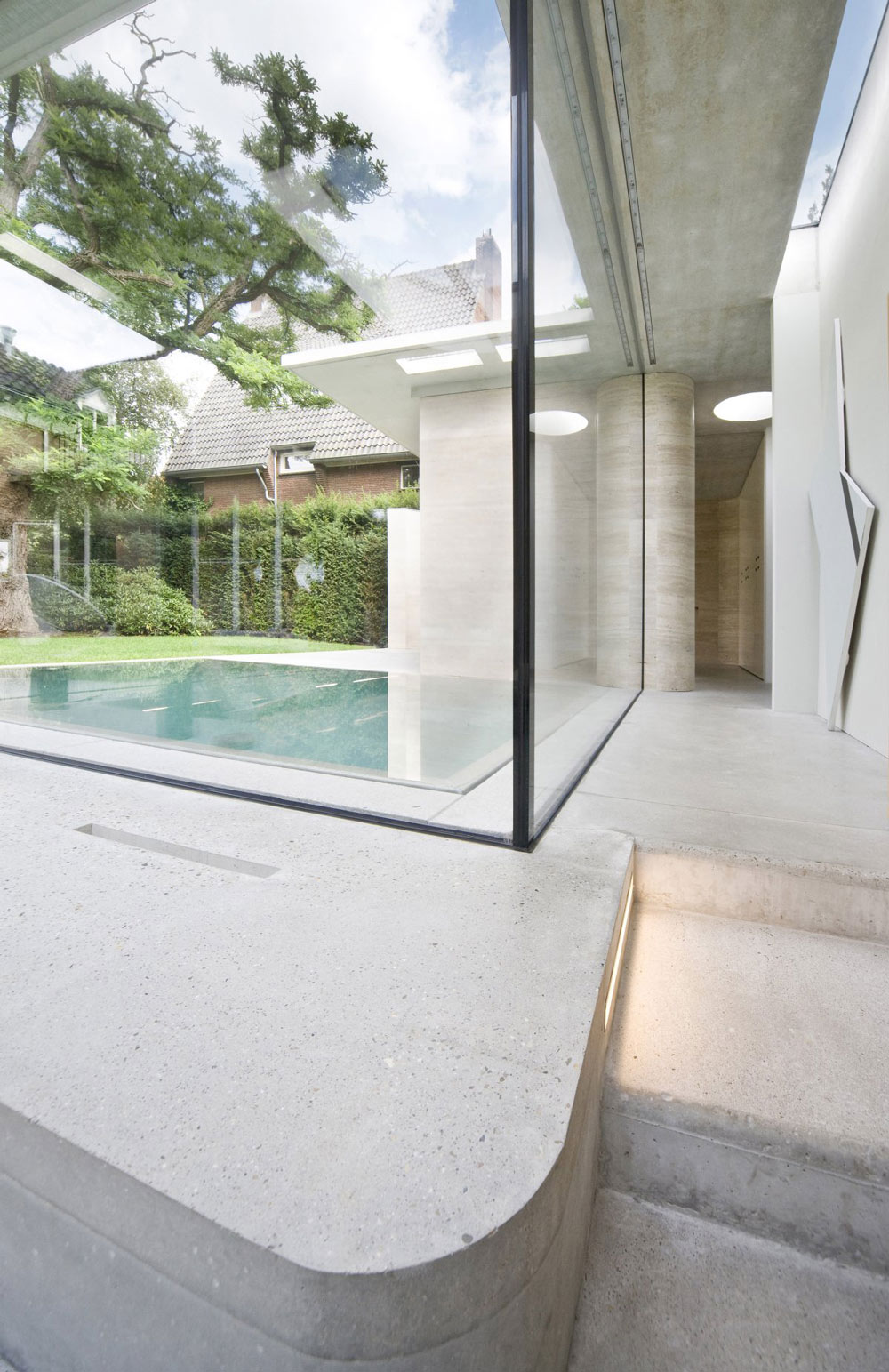 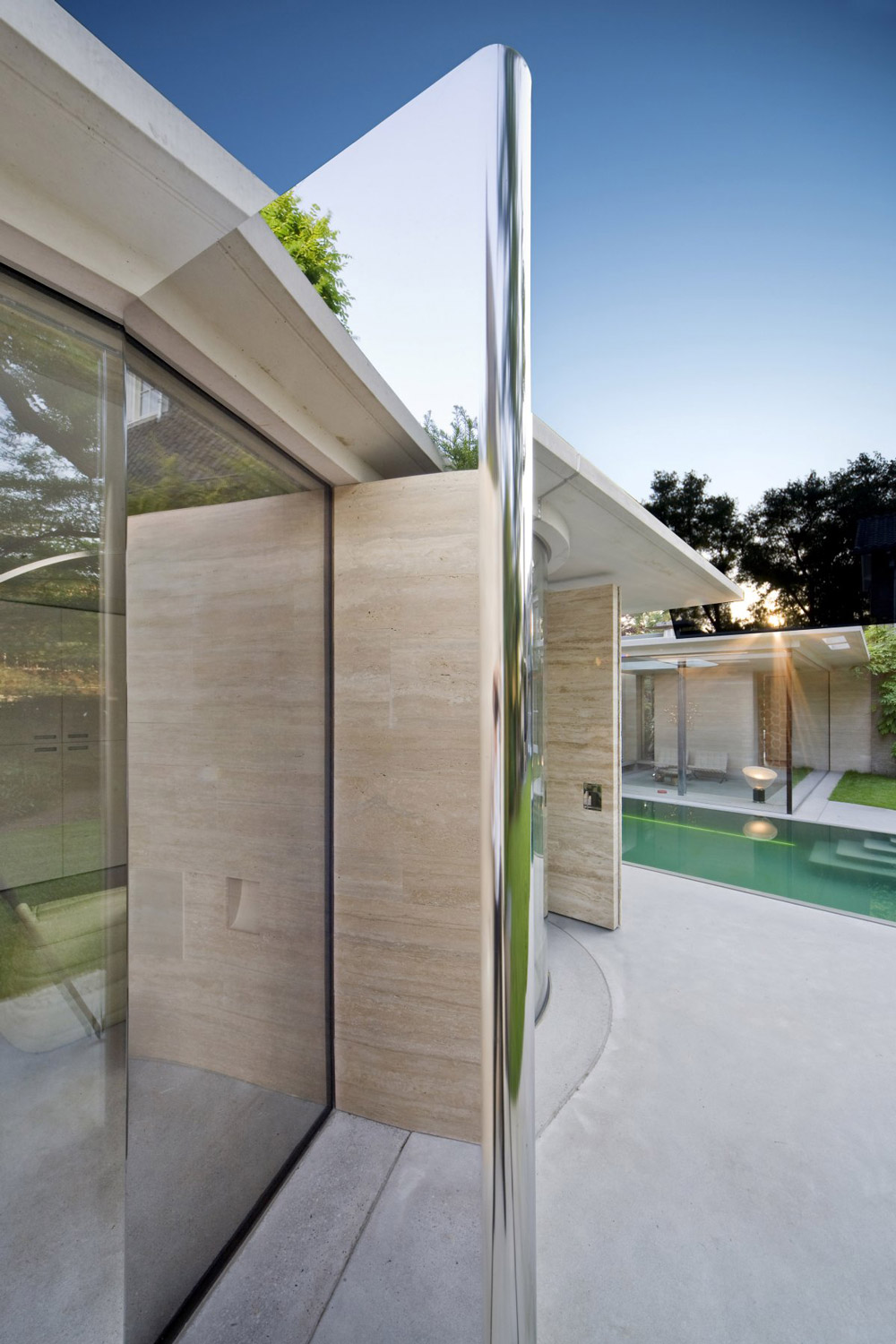 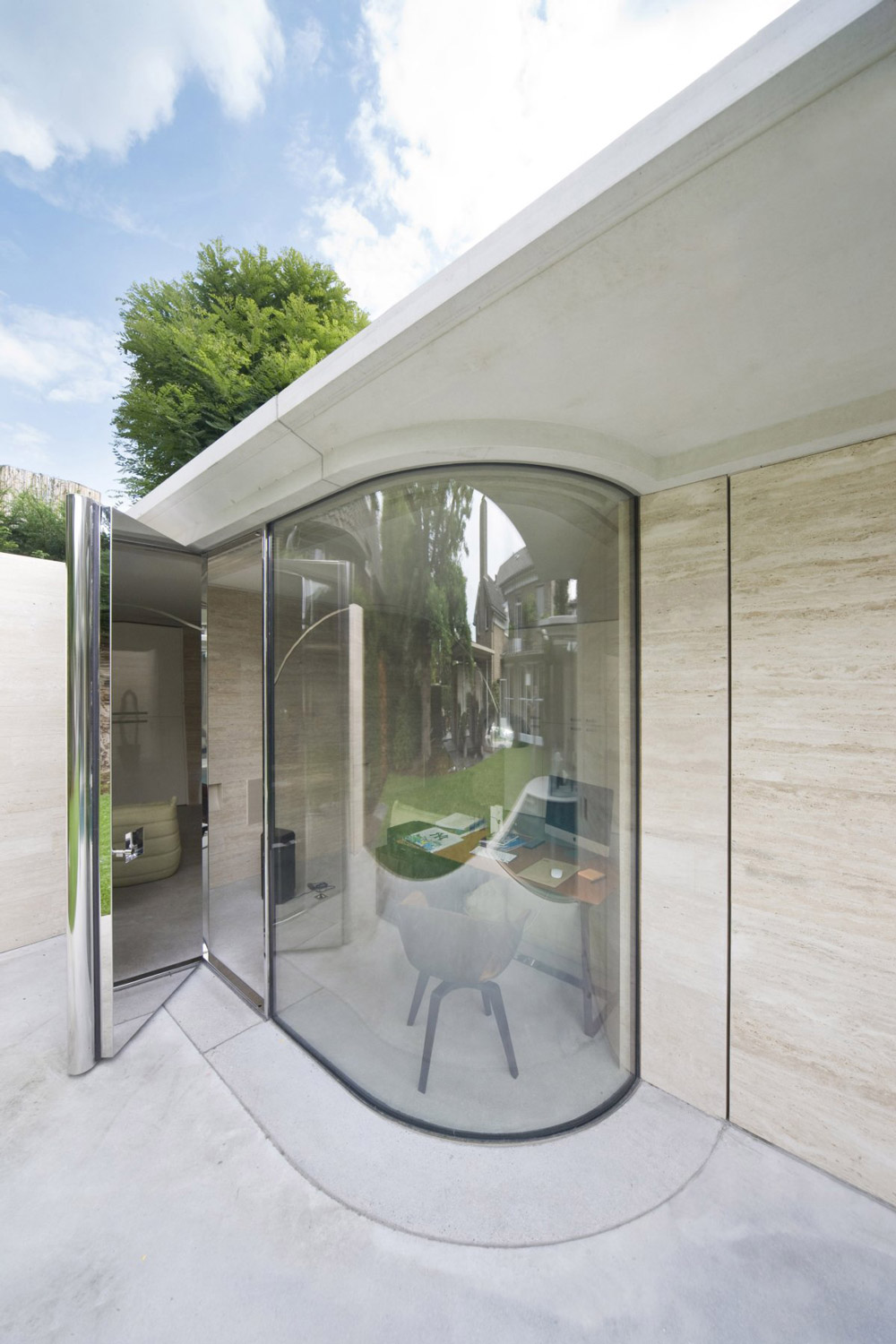 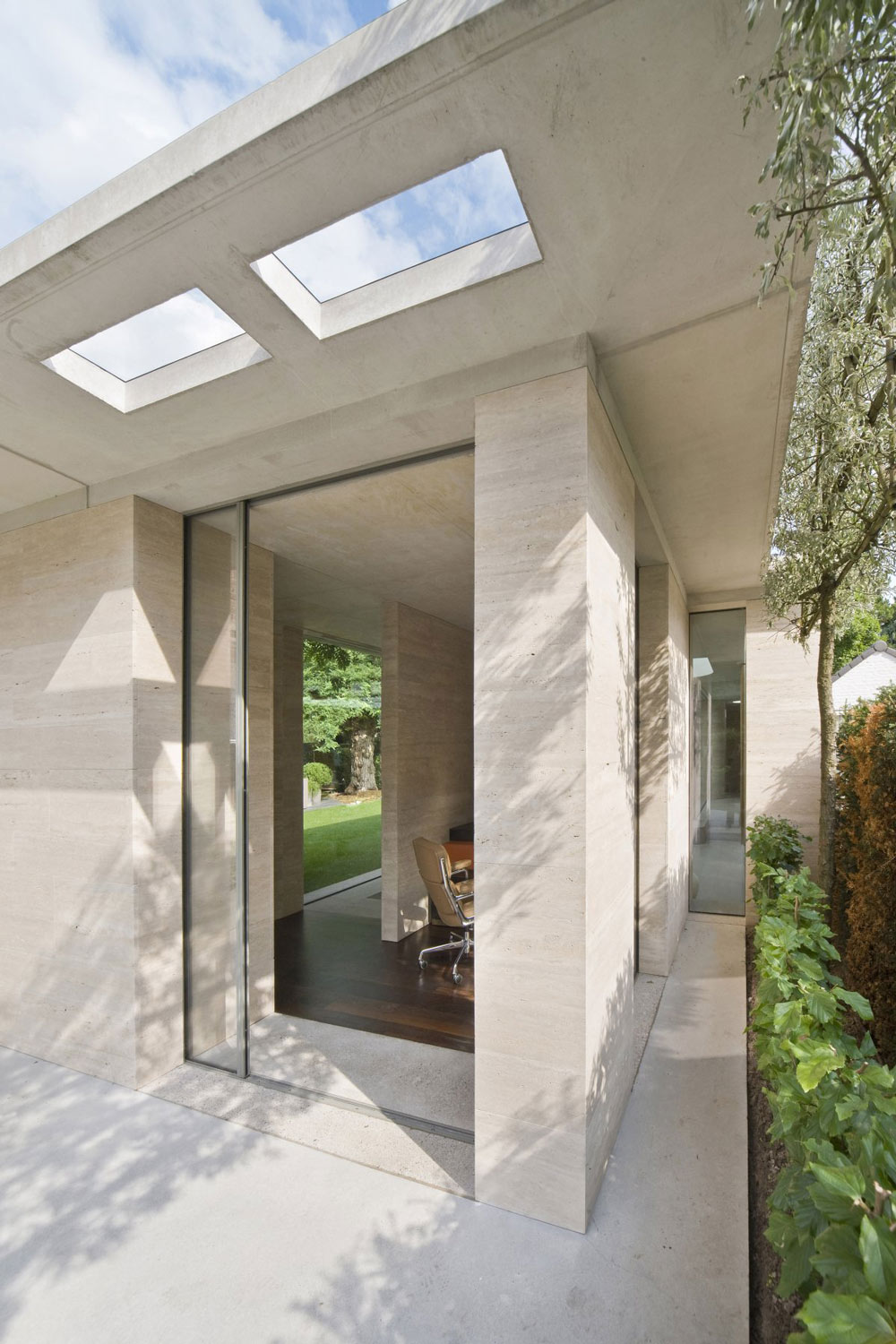 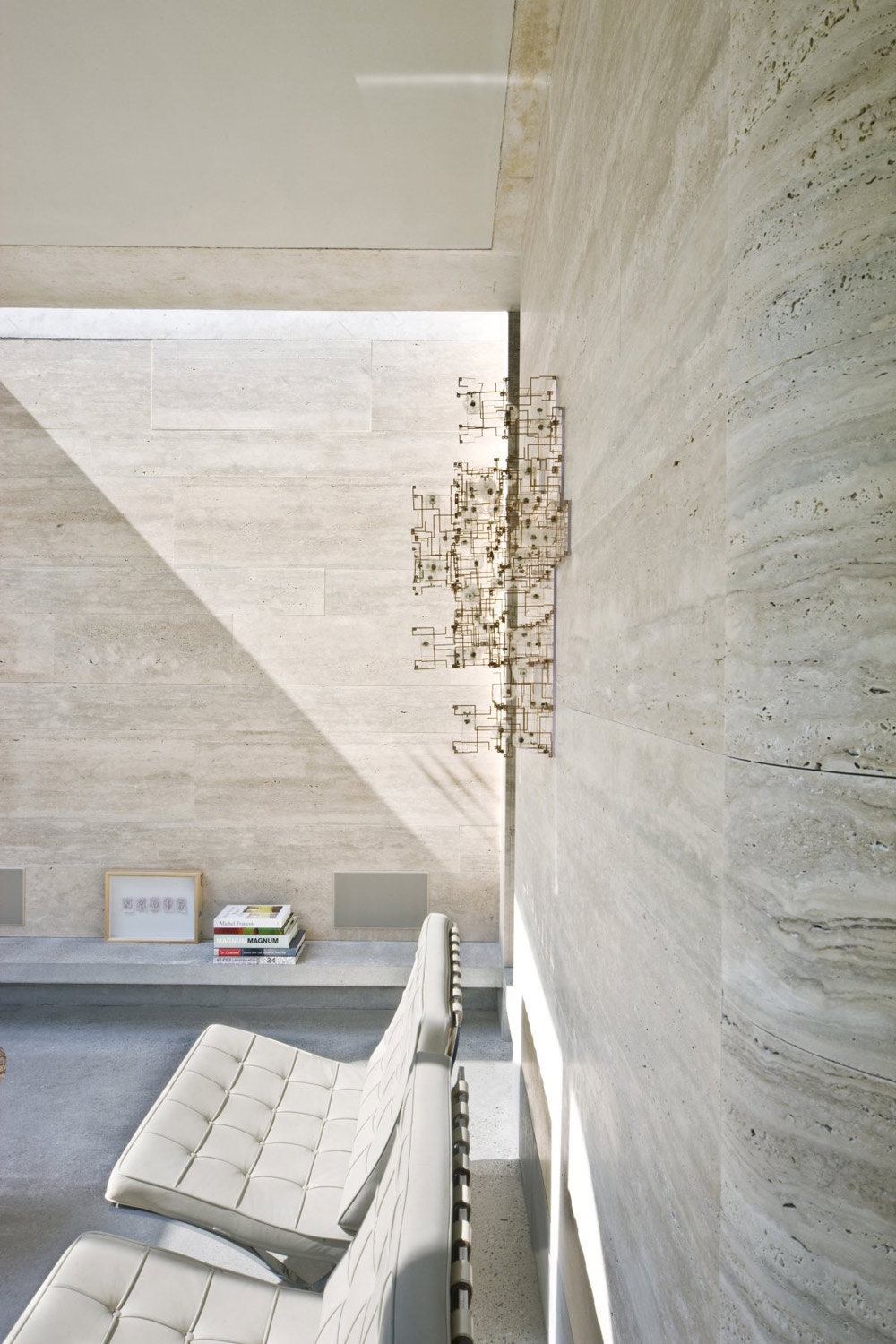 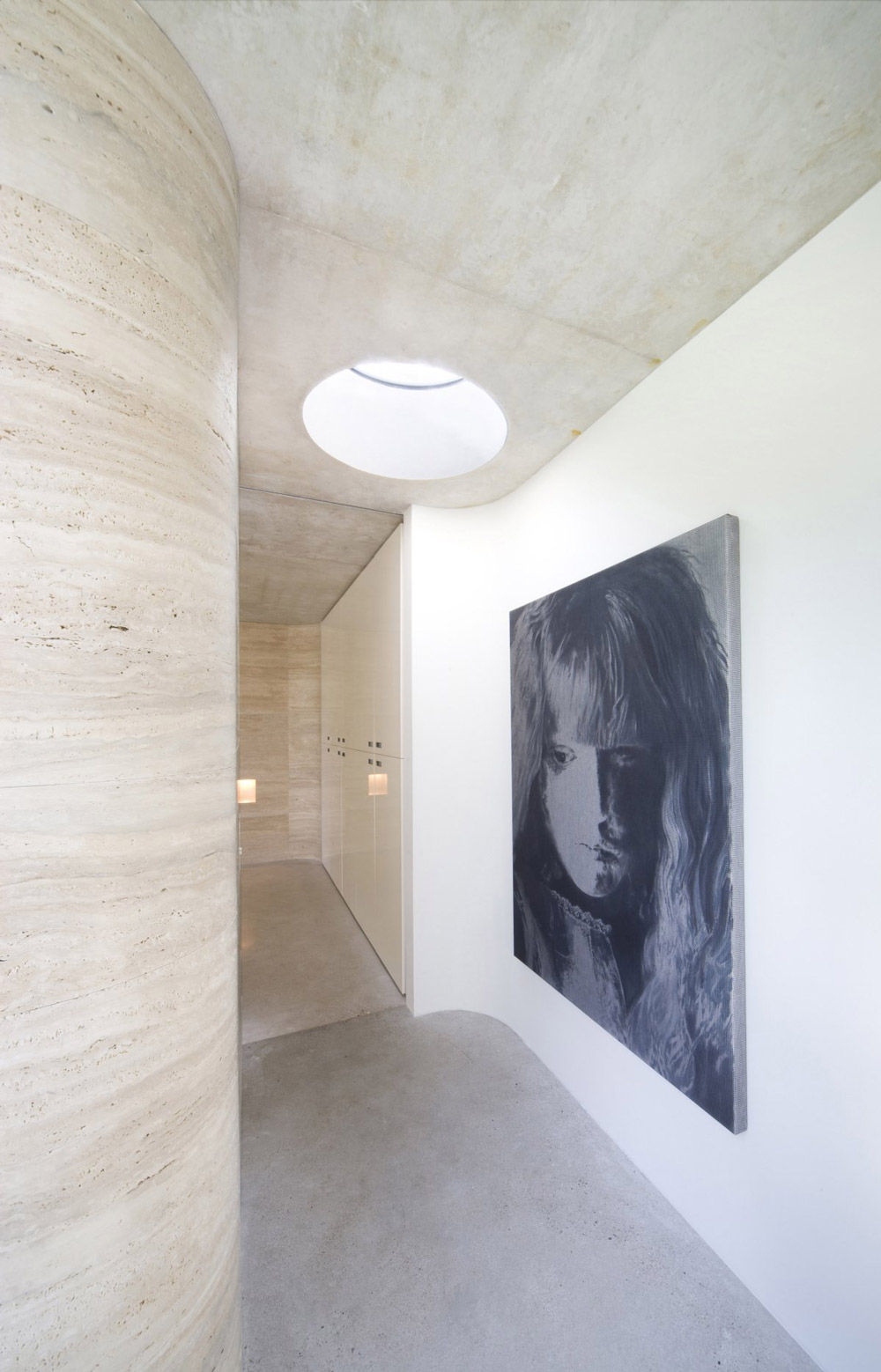 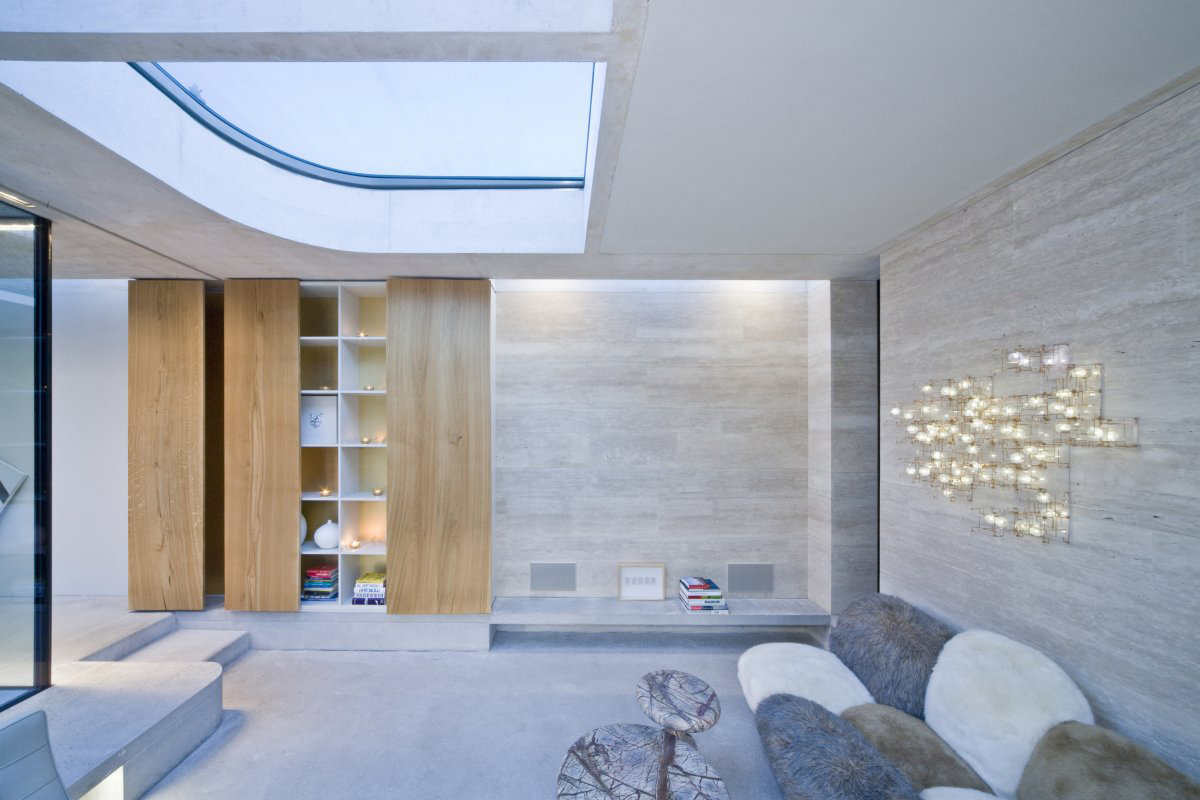 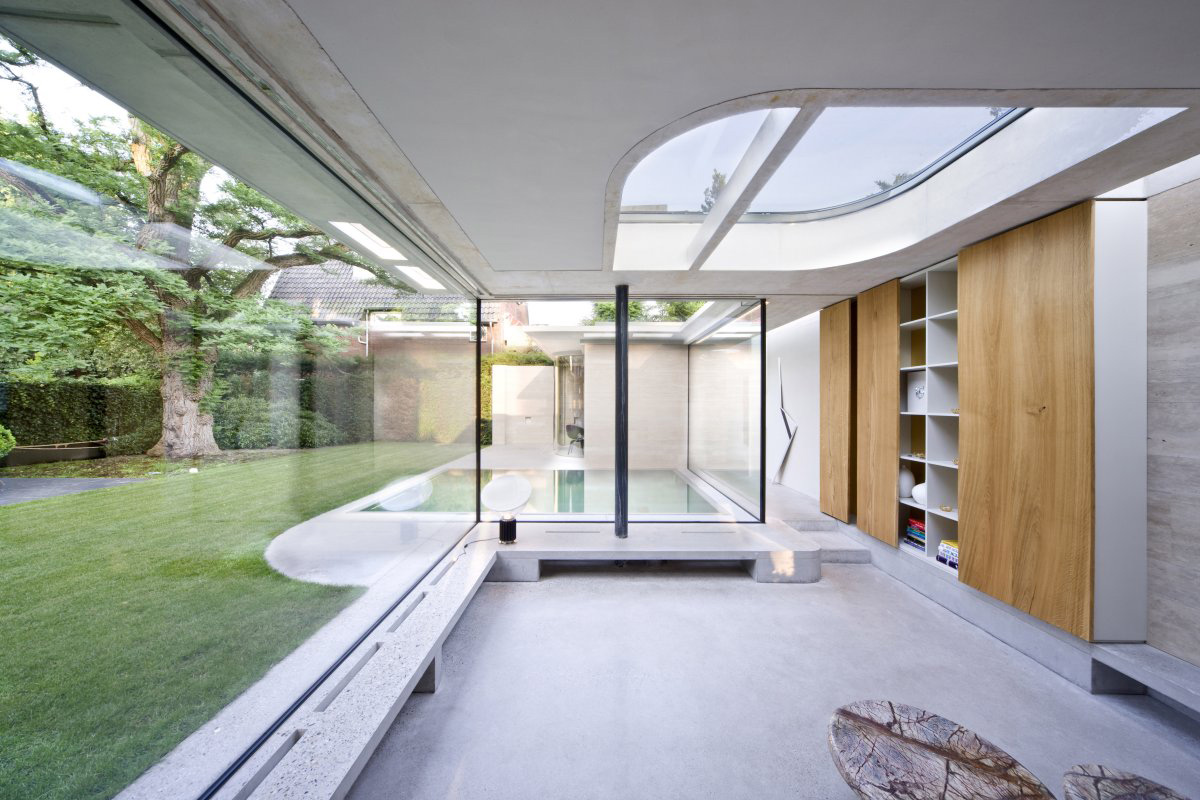 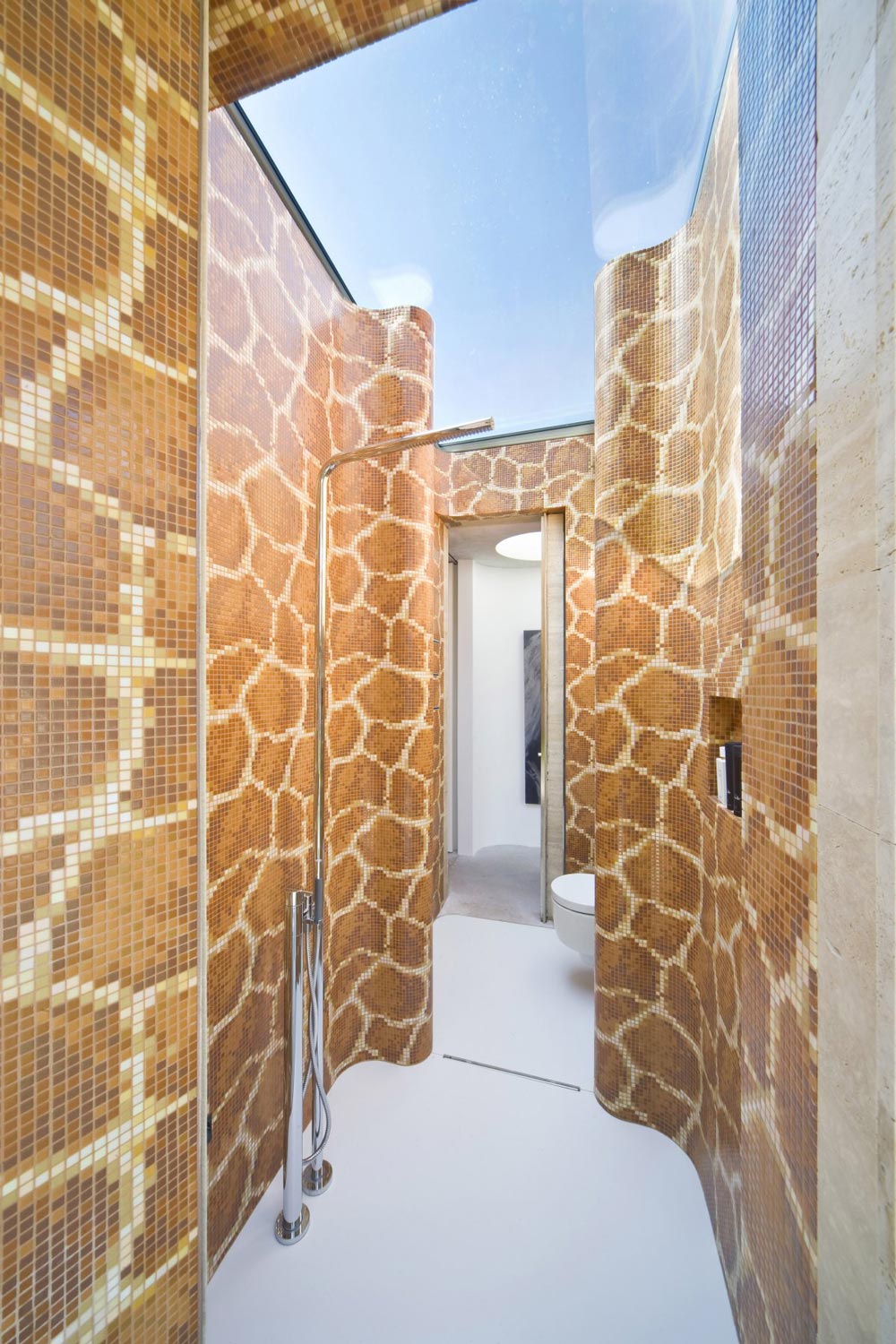 The house is situated on a corner lot in the typical 30’s district ‘de Elzent’ against the natural landscape of the Dommel valley, in the center of Eindhoven. The existing main house is relatively small in structure, however, the lot size is sufficient enough to resist an carefully threaded extension. An extension where extra comfort is added to the existing house.

The transparent addition to the house is a continuation of an earlier exterior expansion with thin floating concrete eaves. These overhangs give a balanced picture, allowing the spaces seamlessly to blend, and gives the garden an intimate enclosed character.

The sightlines are important, creating separate spaces as a study niche, a lowered seating area with wide windowsills and a hanging fireplace. The roof connects the spaces seamlessly into each other.

Much attention is paid to careful detailing. Positioning of roof lights, (curved) walls, steps, niches which store the curtains, floor heating and cooling ceiling, acoustic panels and lighting are seamlessly concealed and determine the appearance and character of the area. 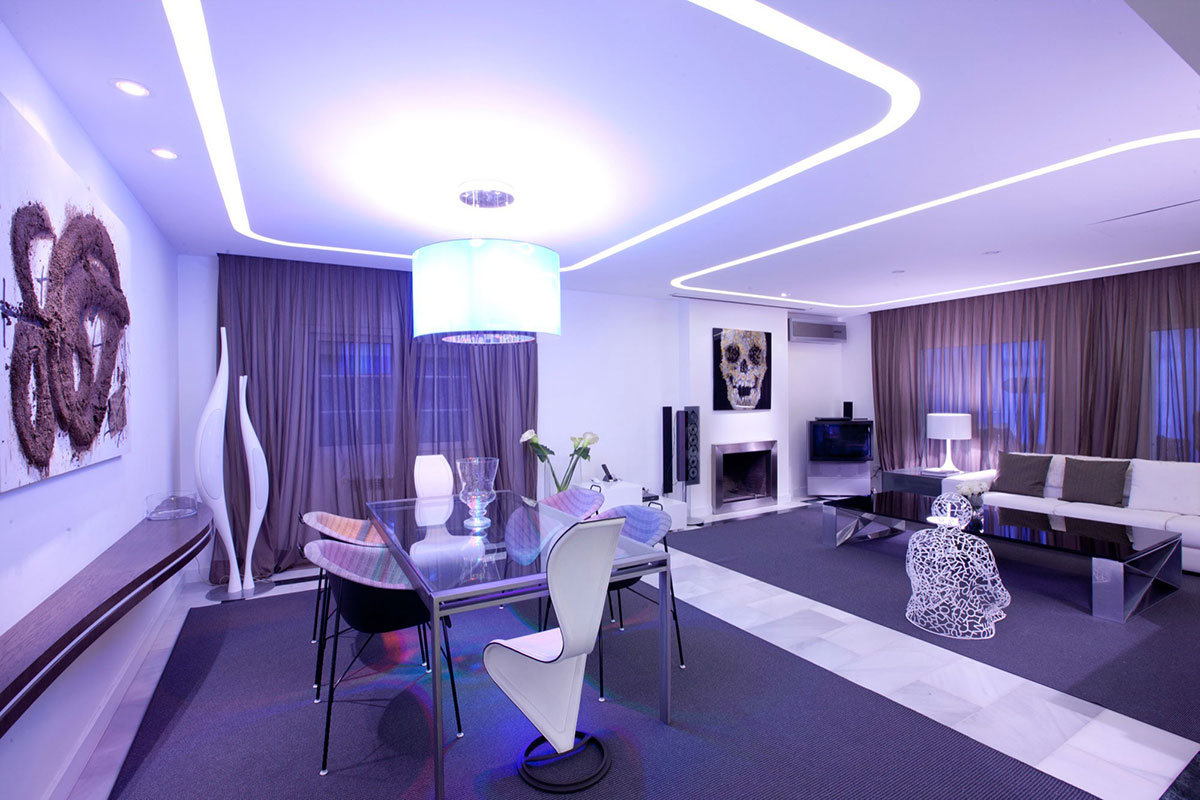 Modern Apartment in Madrid by IlmioDesign 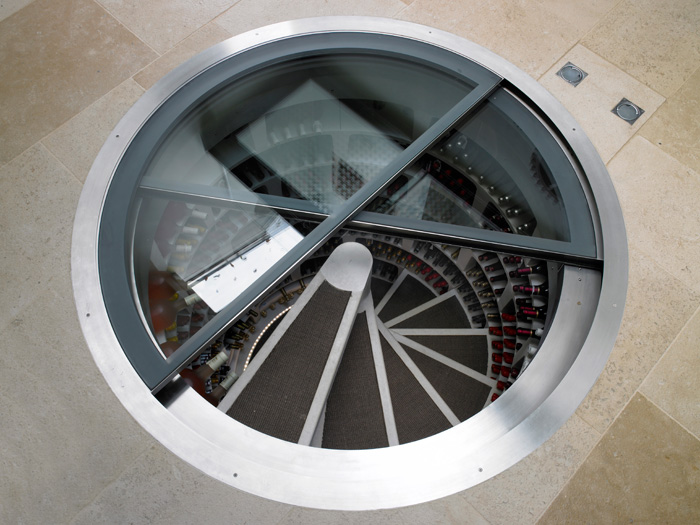 Spiral Cellars, the Perfect Way to Store Your Wine Collection 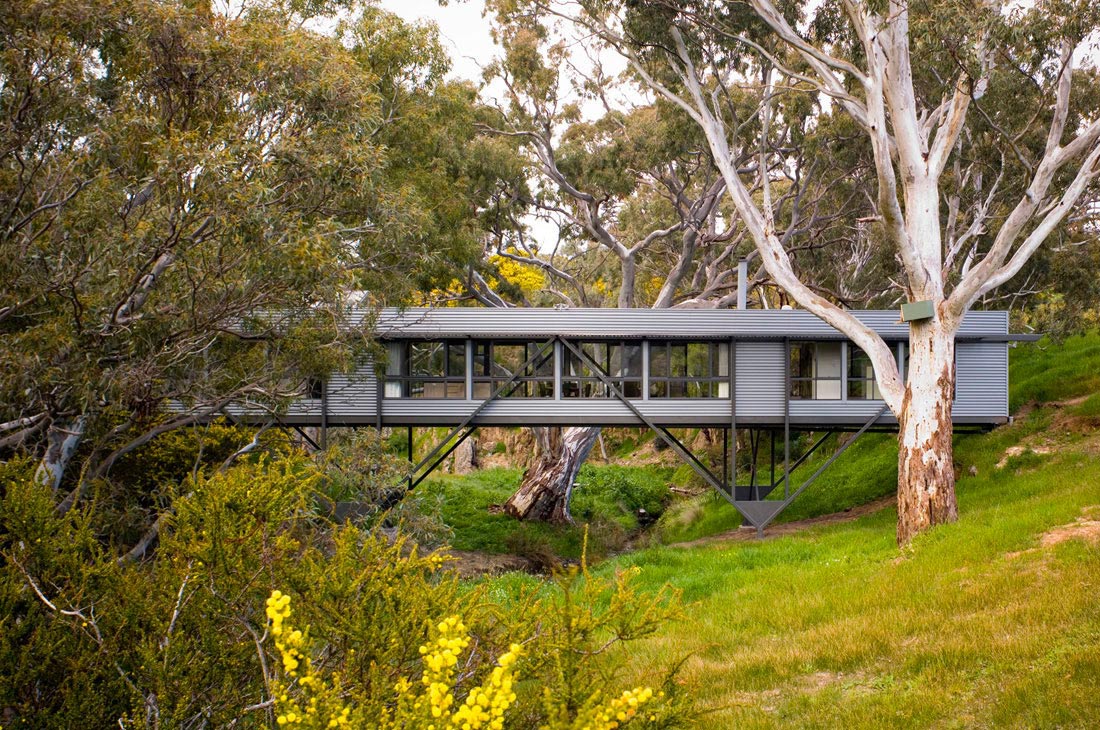 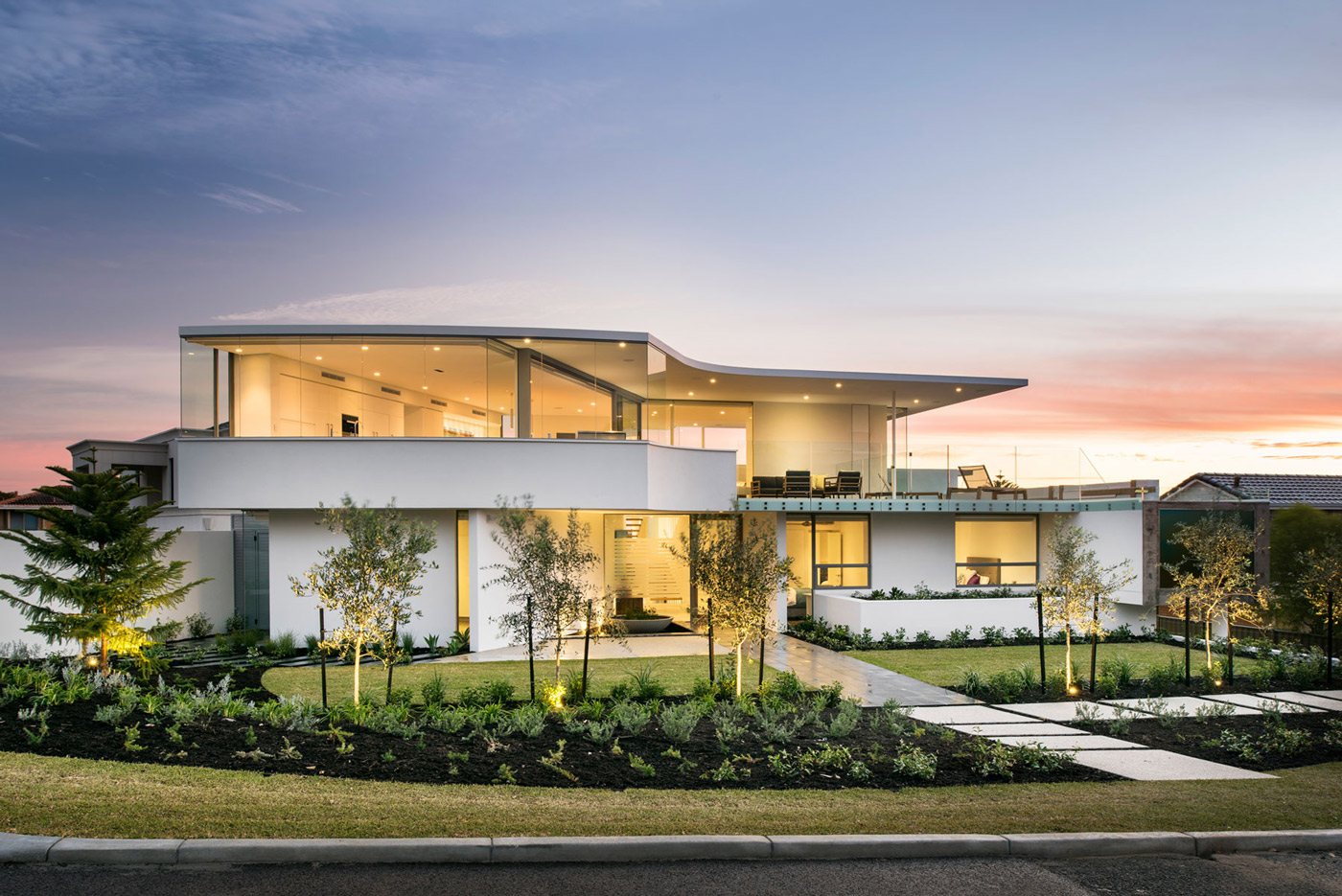 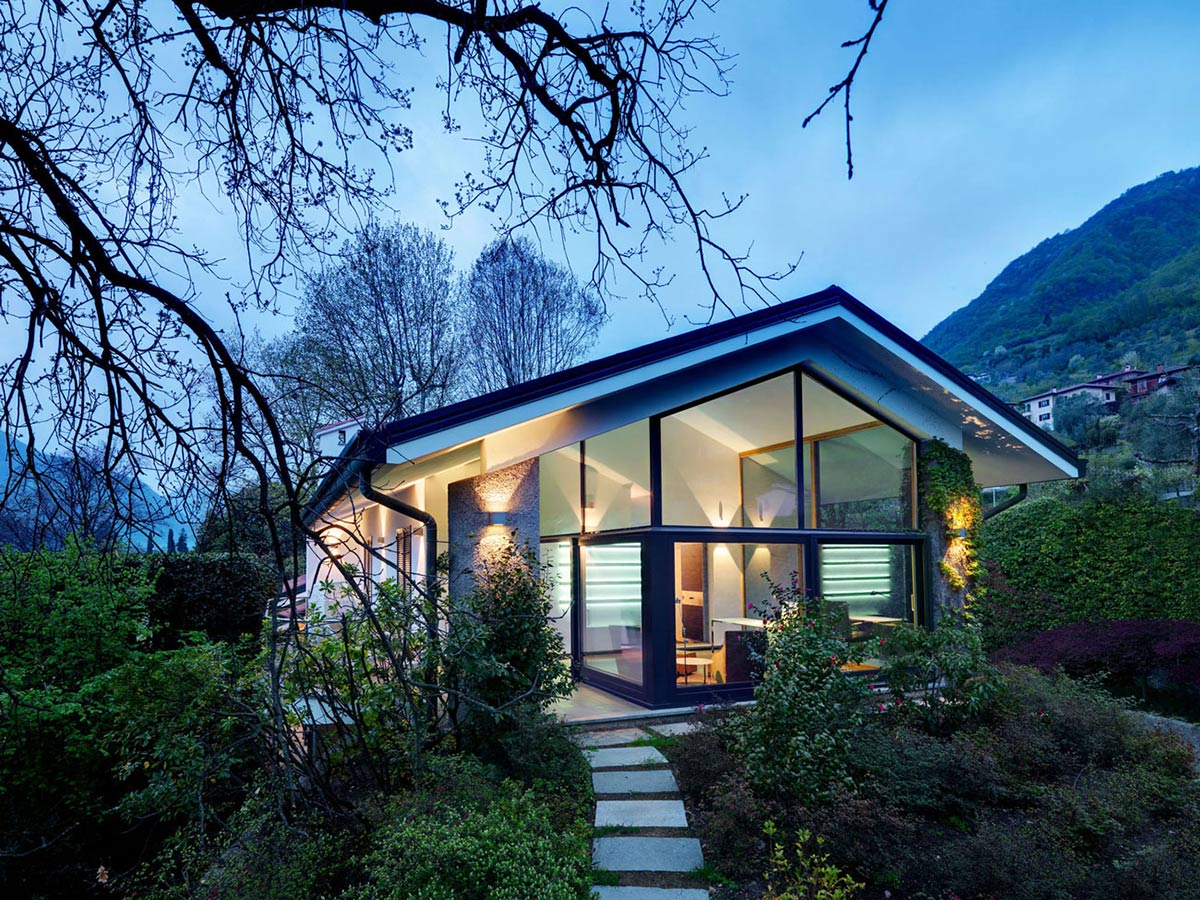