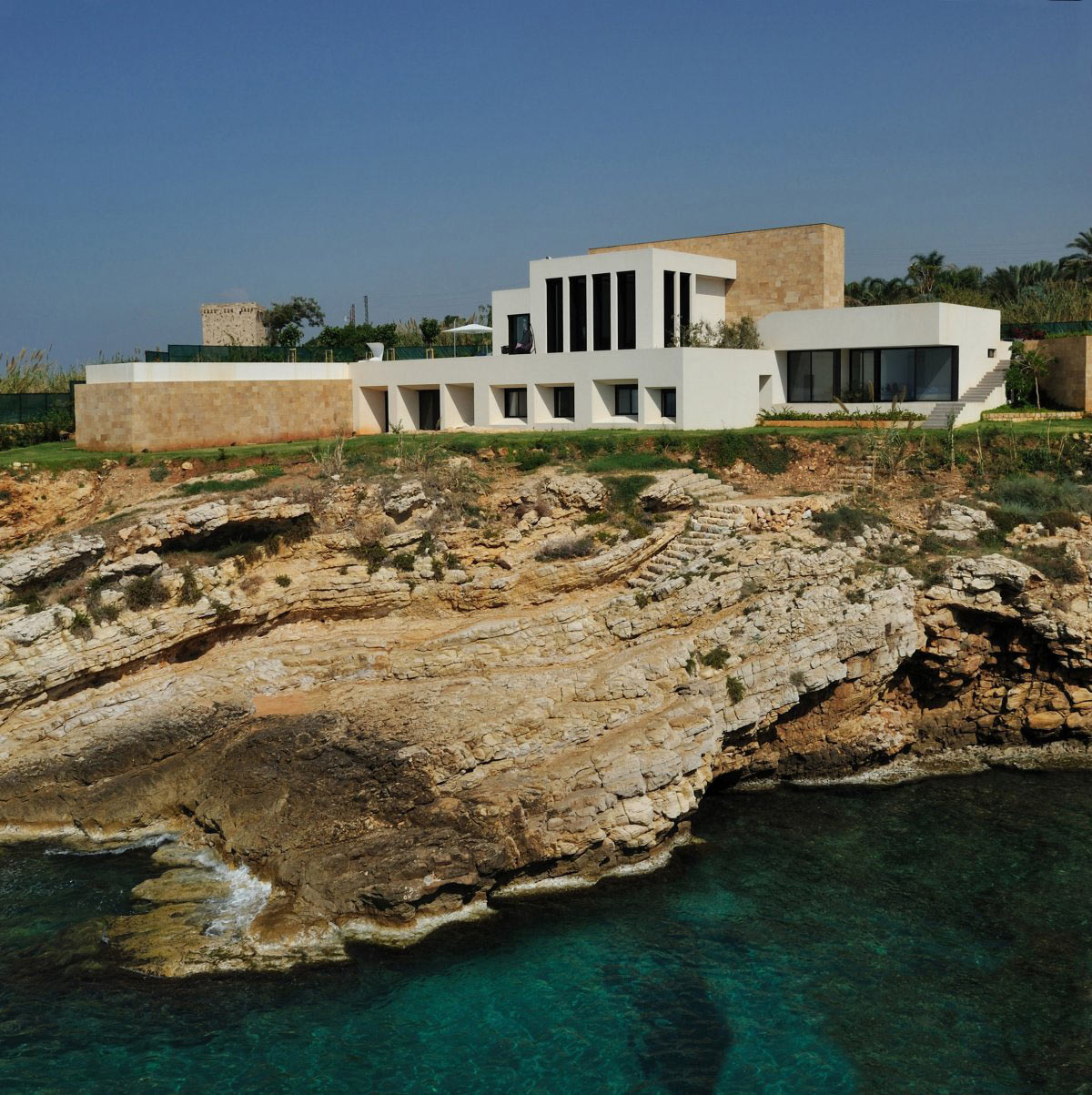 The Fidar Beach House was completed by the Metn based studio Raëd Abillama Architects. This wonderful summer beach house has been designed for a large family. A connected, yet separate guest house offers space for three.

The house is set on the rugged shoreline in Jbeil, a district to the northeast of the Lebanon‘s capital Beirut. 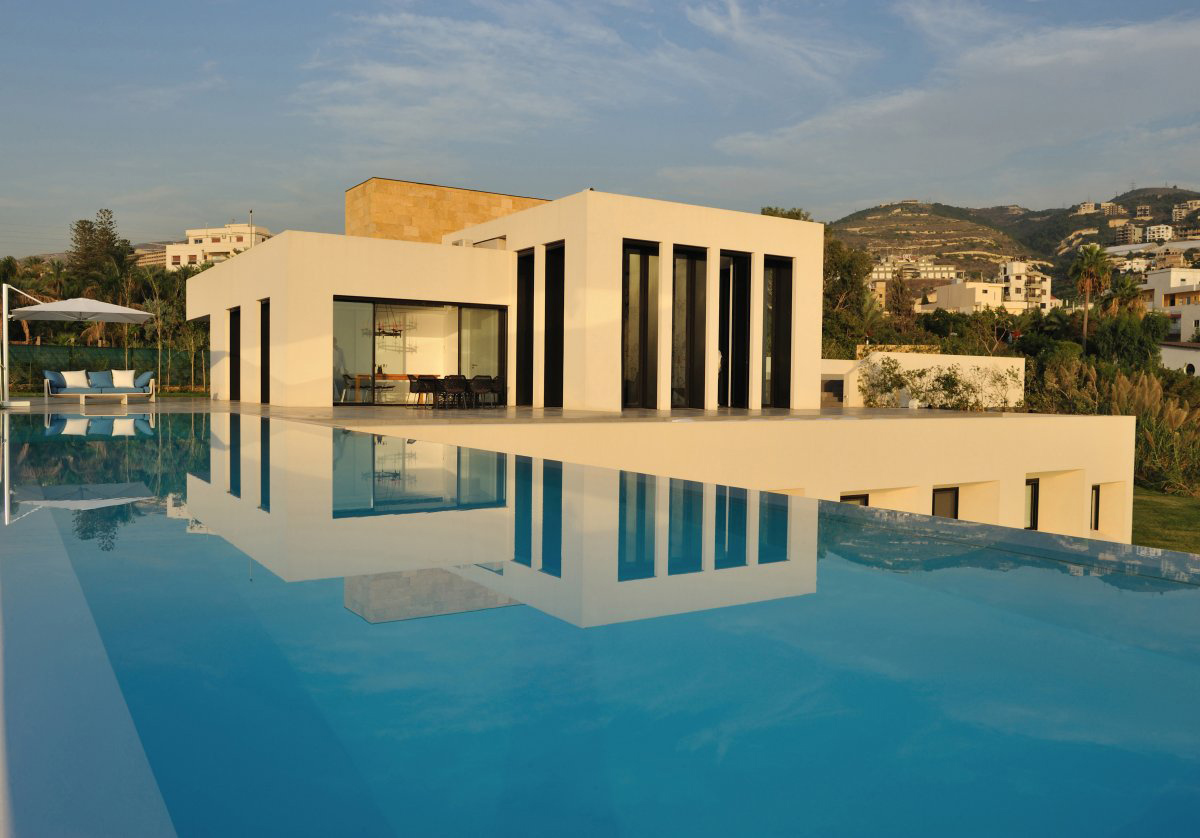 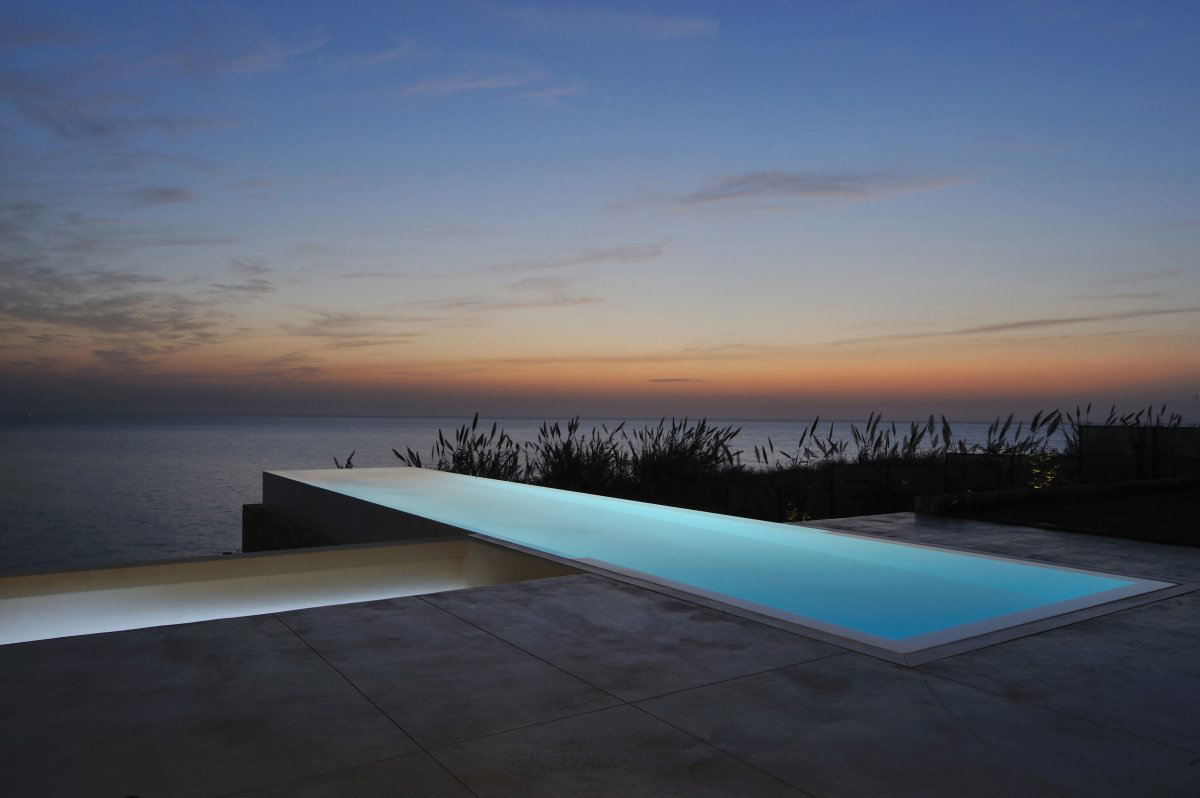 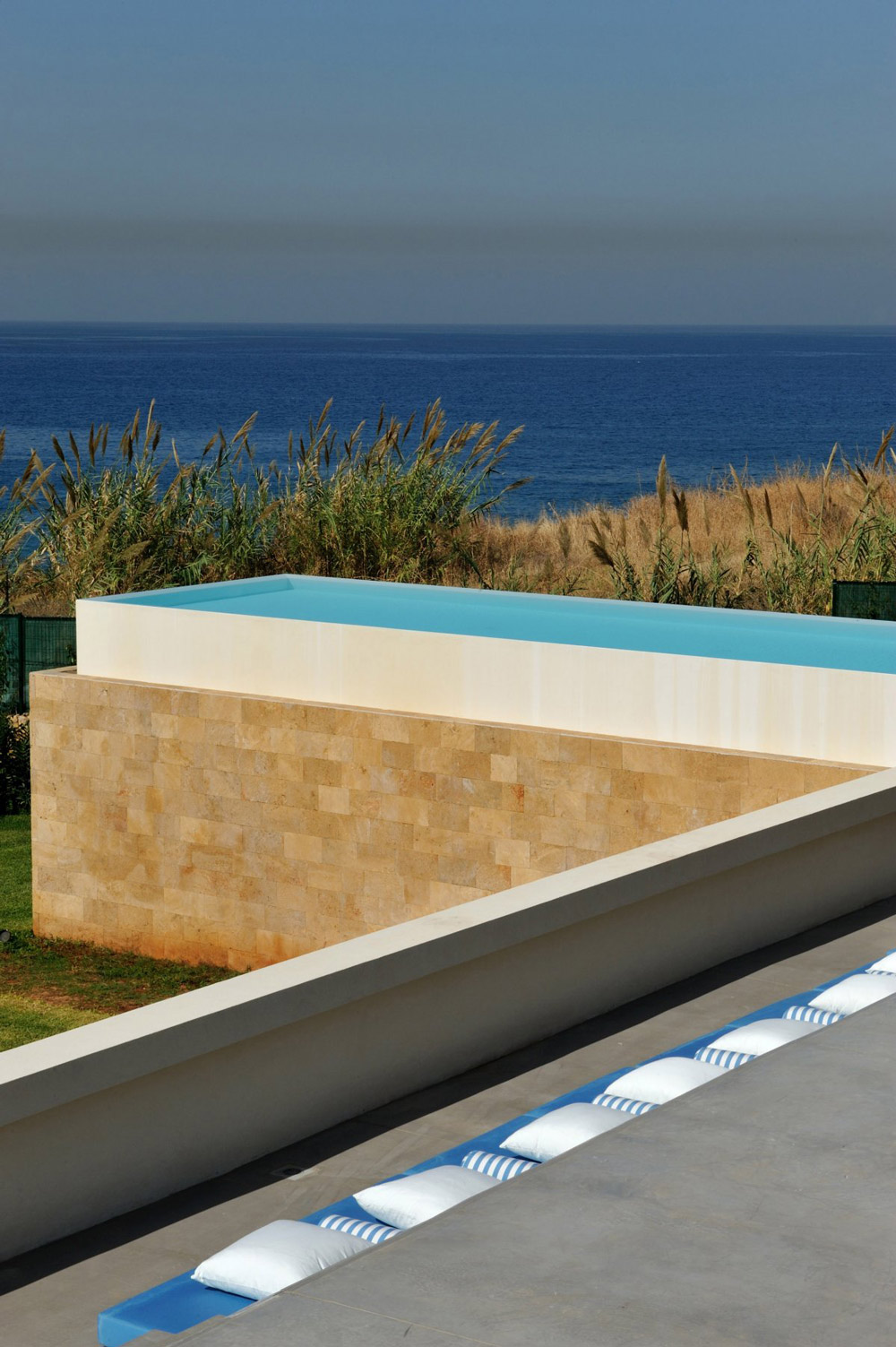 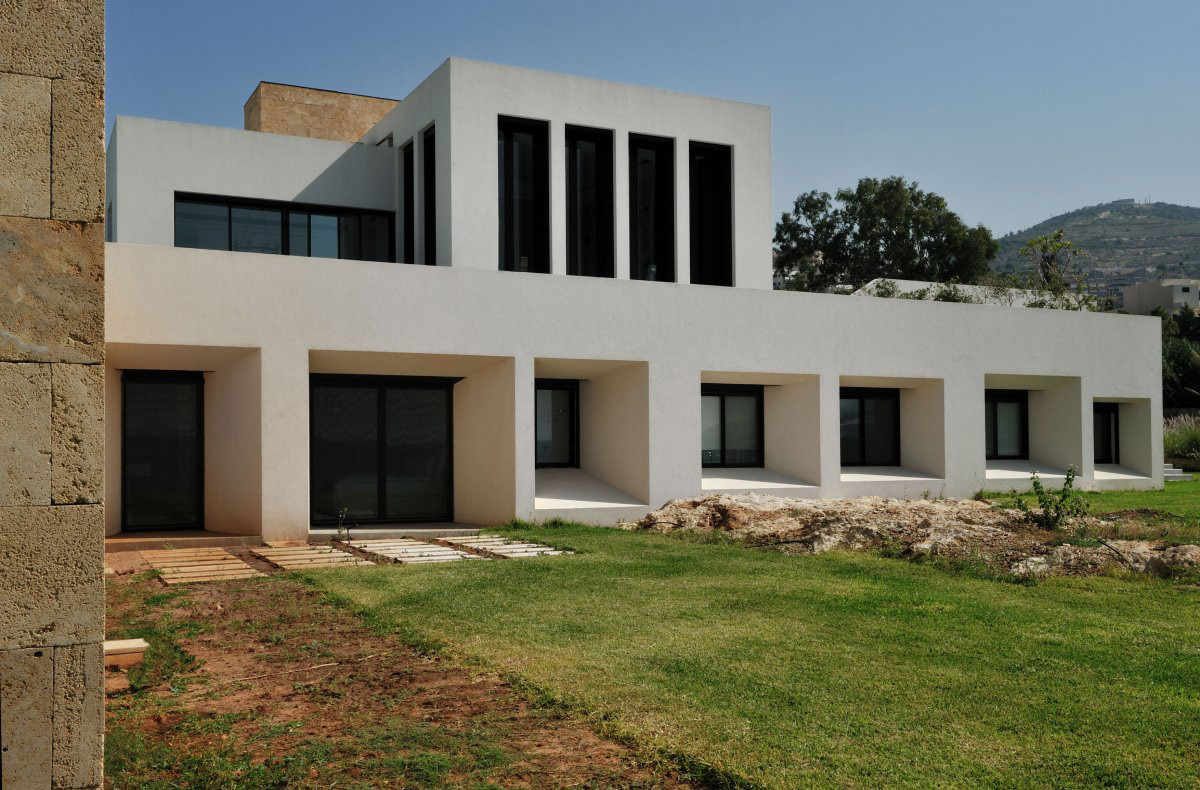 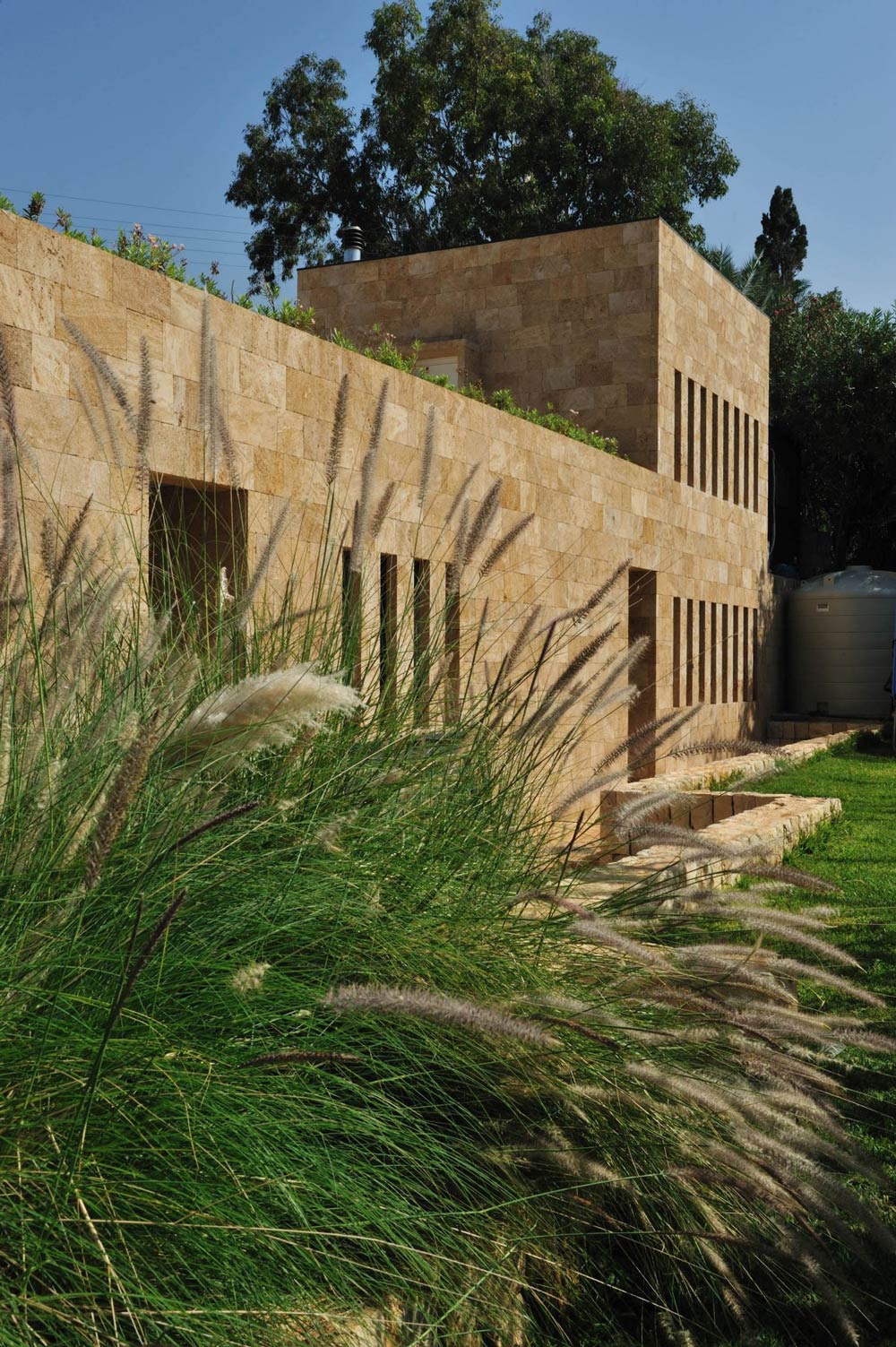 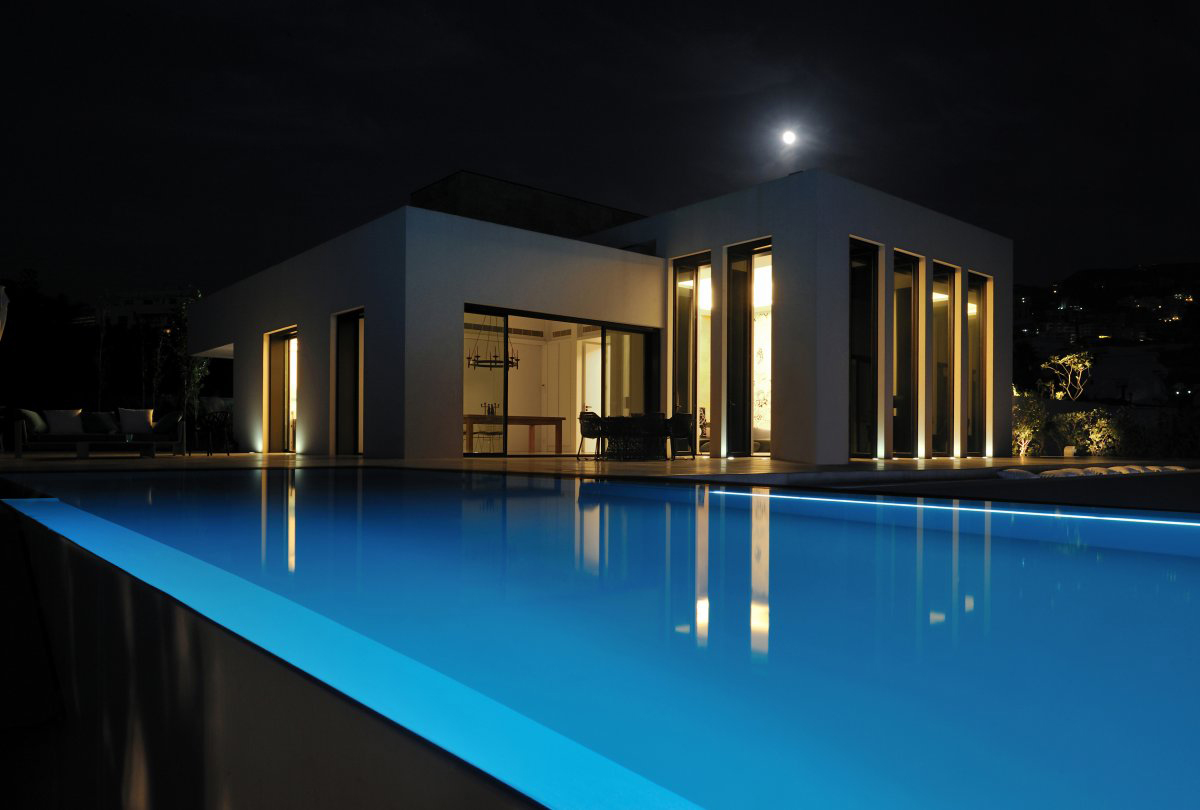 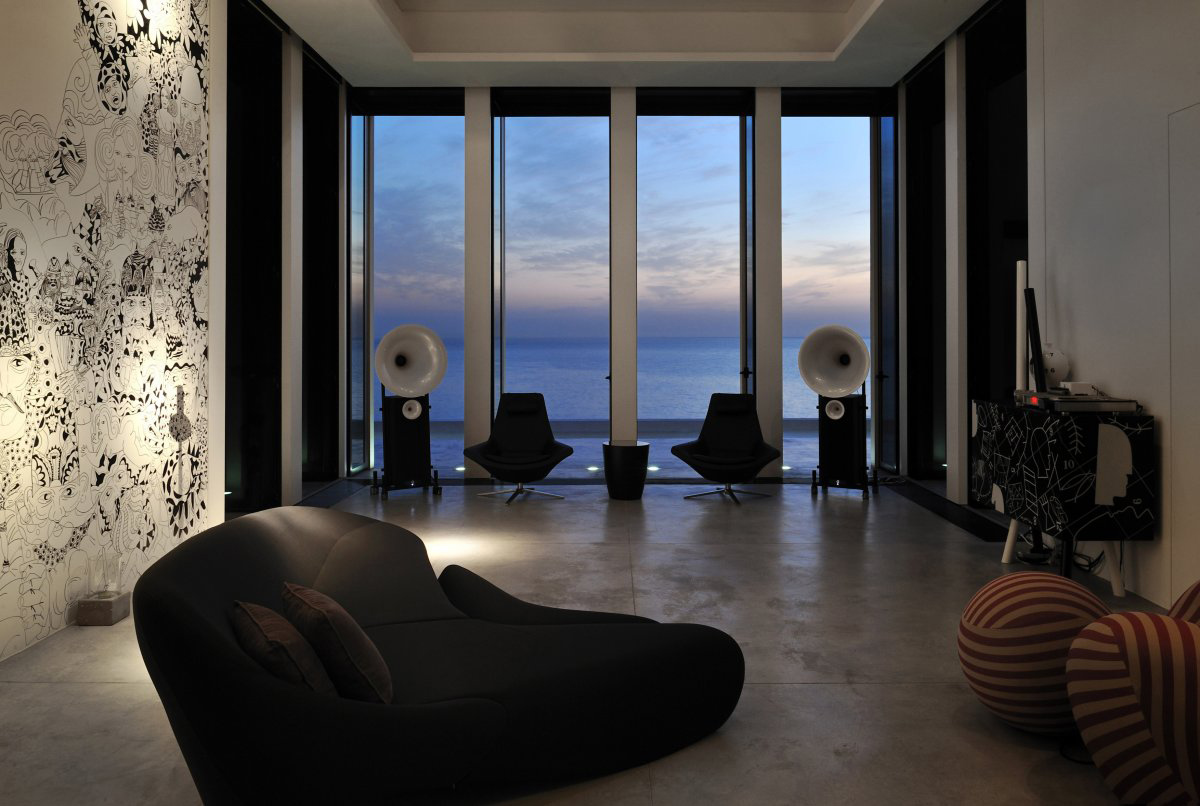 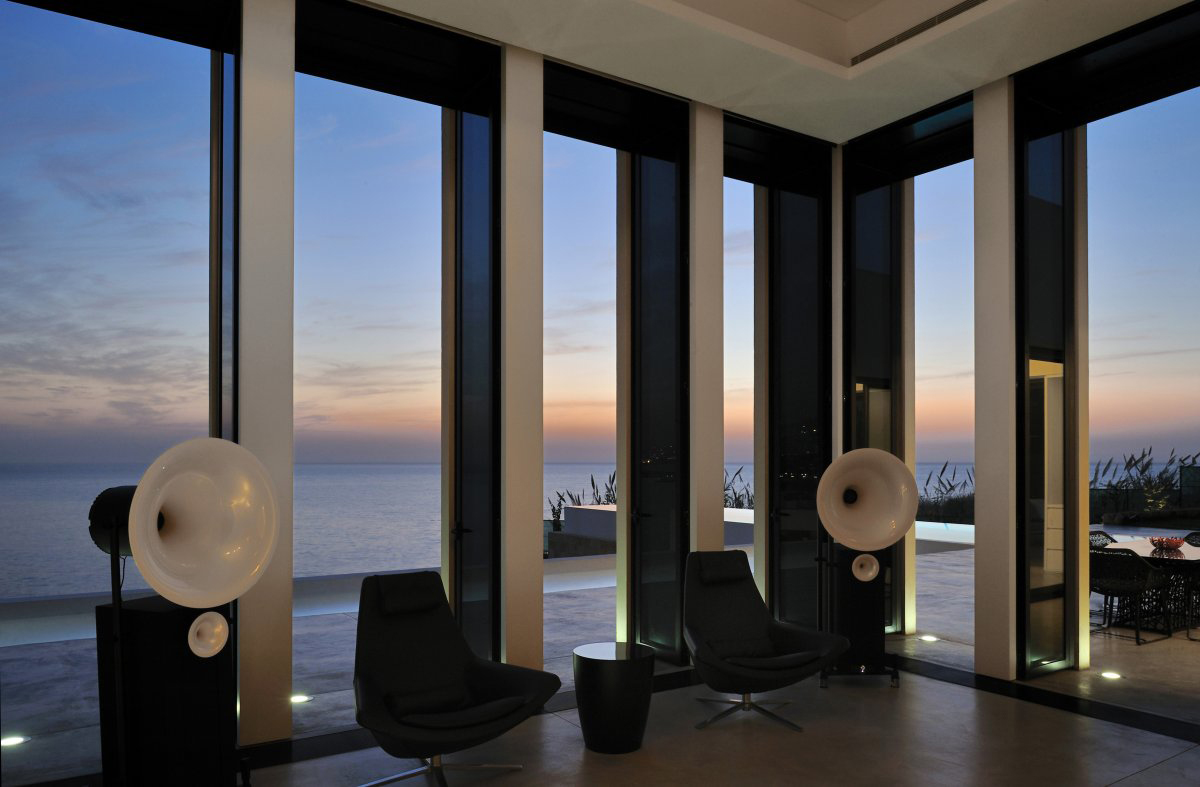 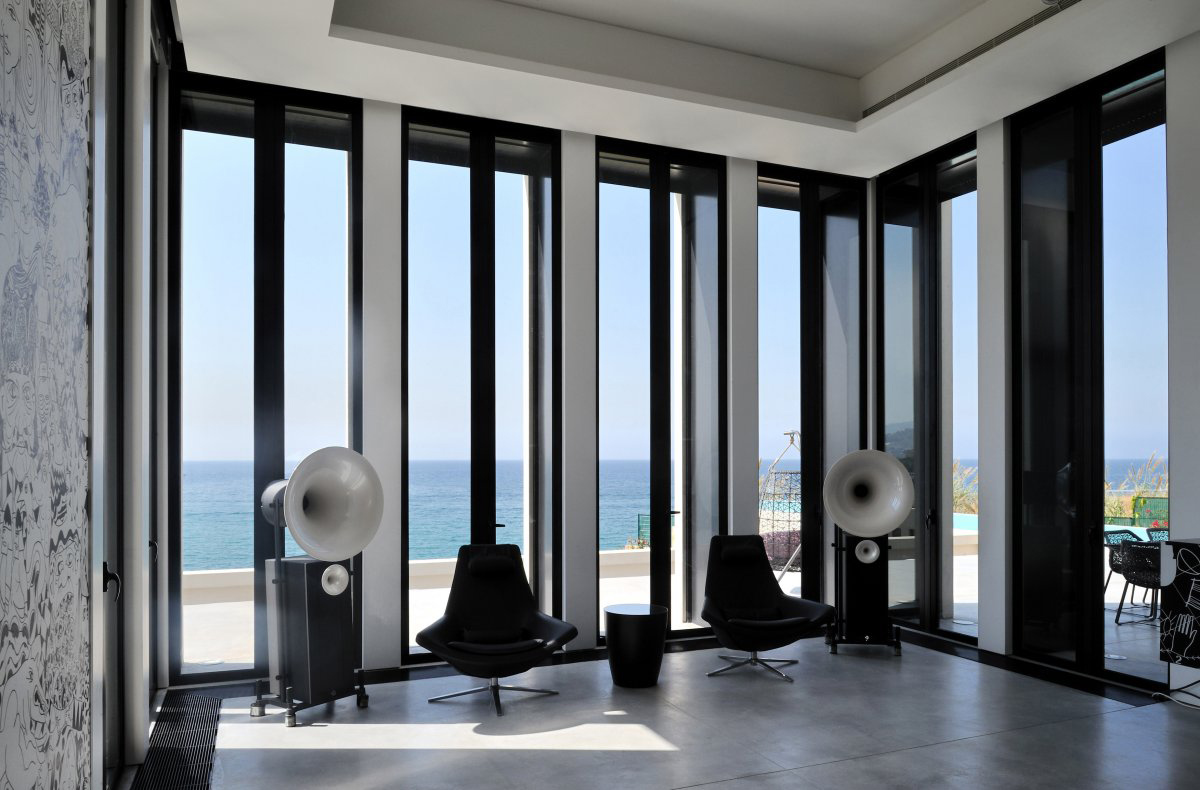 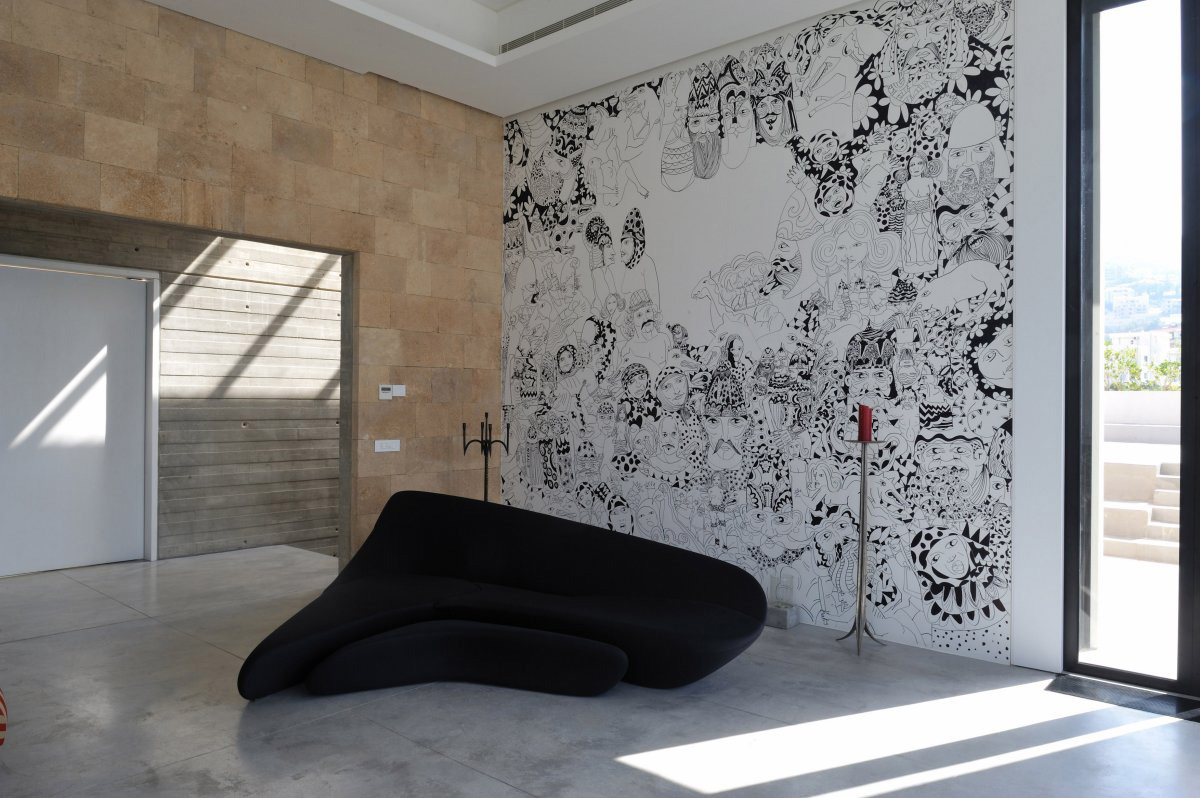 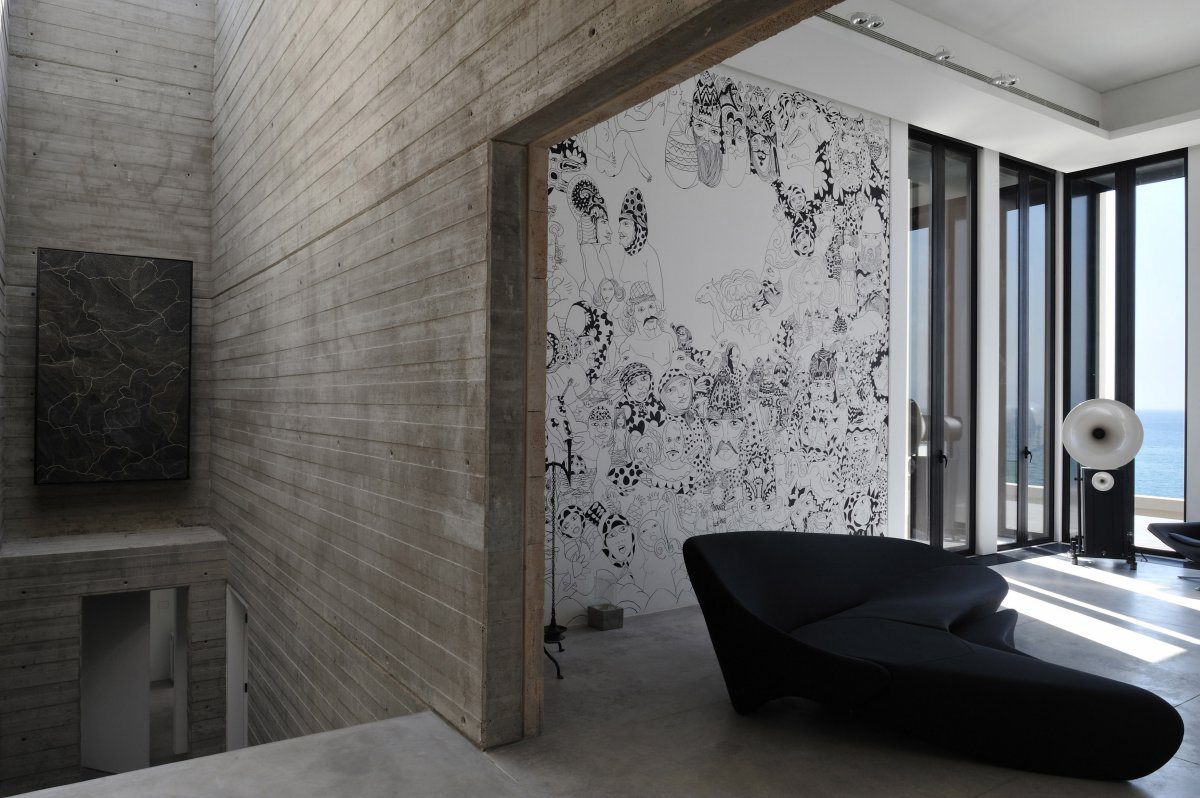 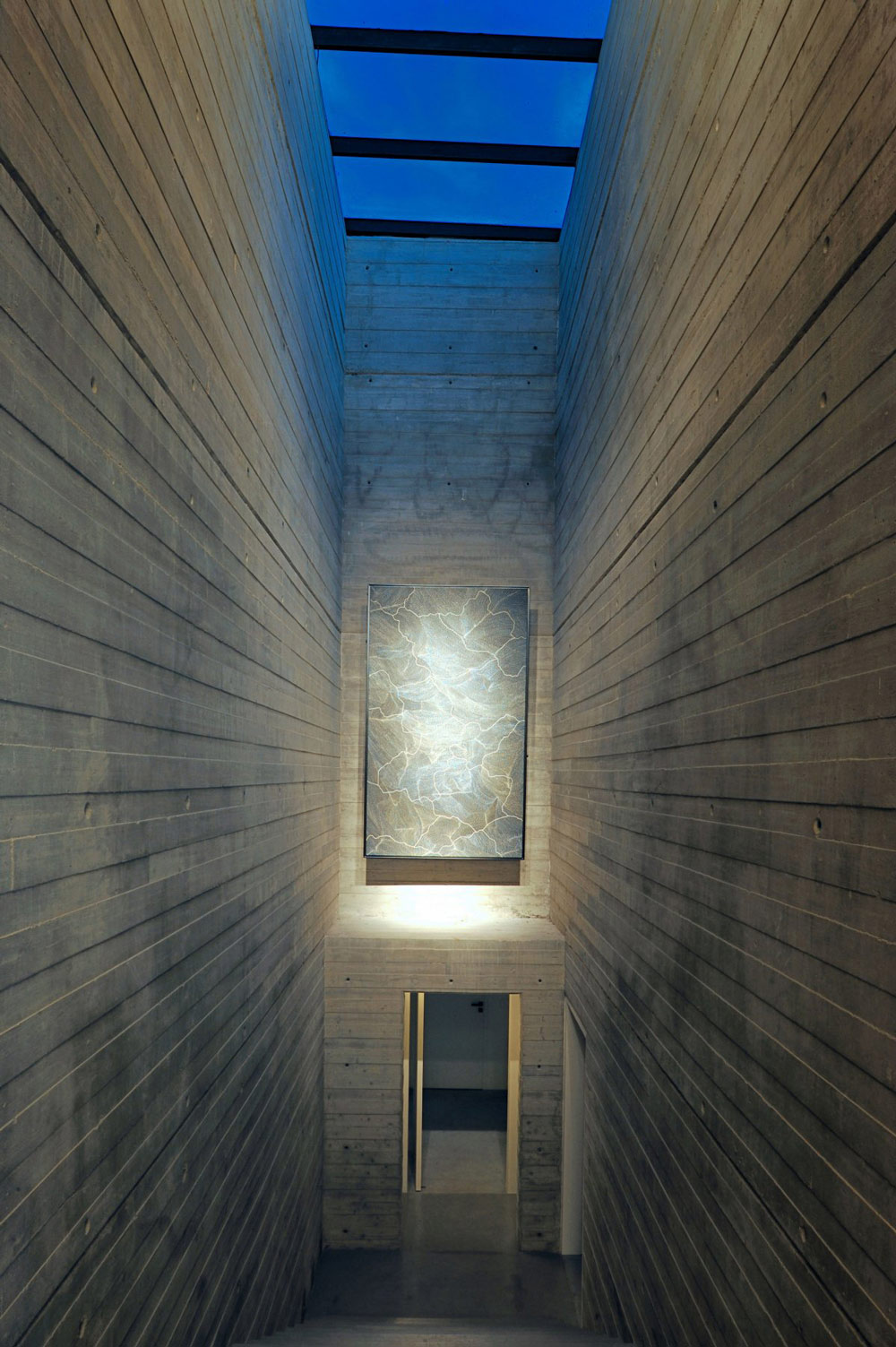 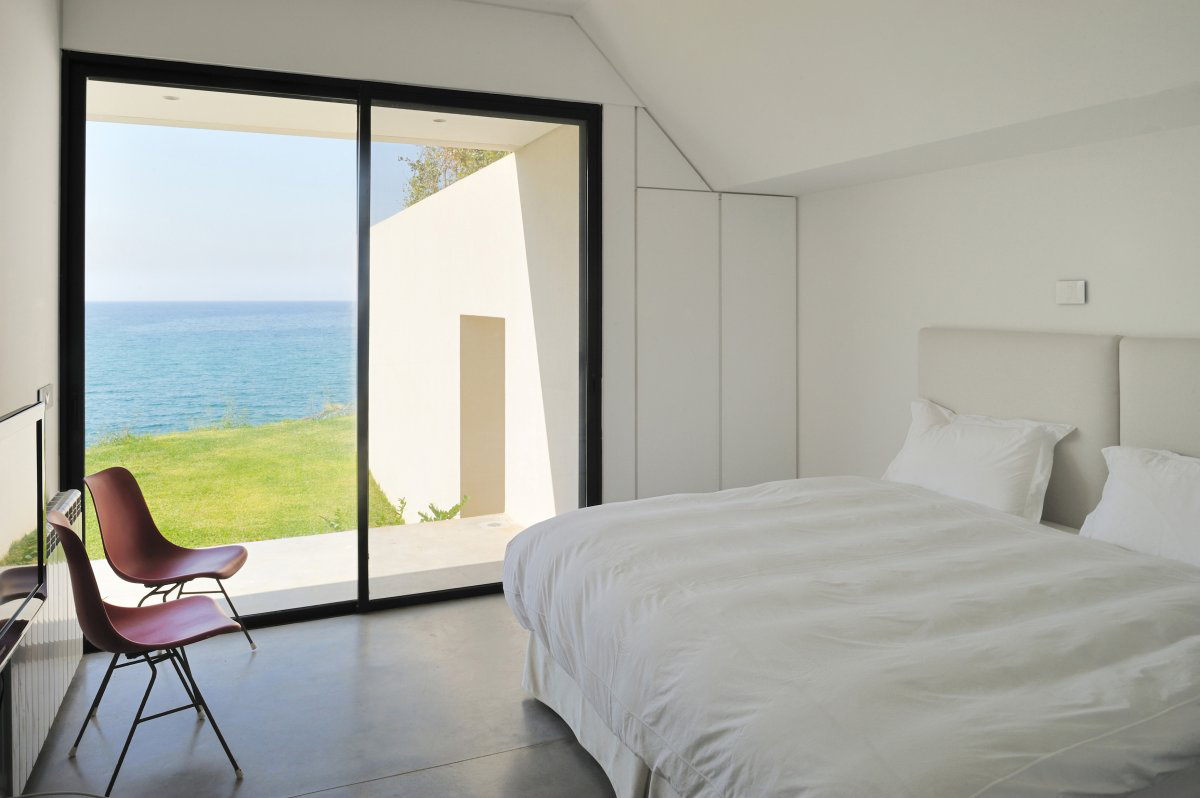 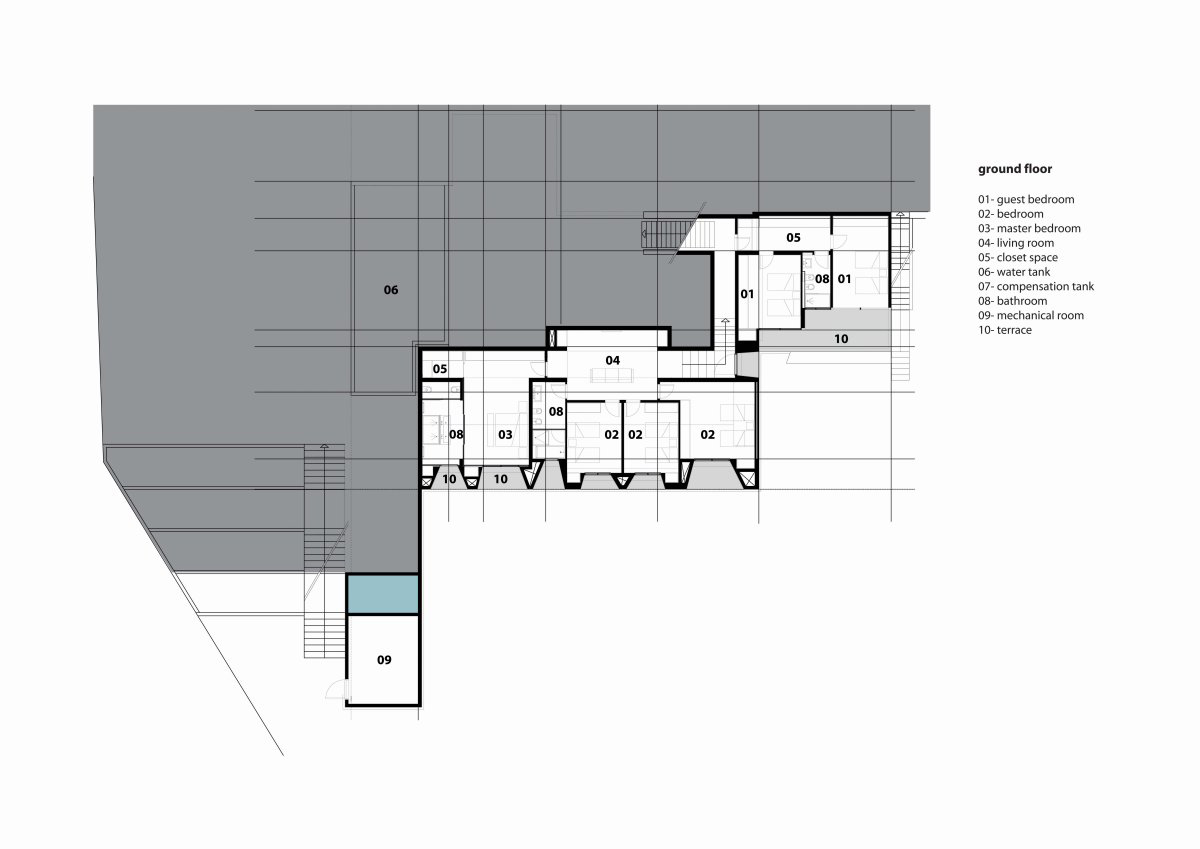 “This summer beach house for a family of five and three guests is situated in Jbeil, along the northern coast of Lebanon. Despite its rugged nature, the site is restricted by a mandatory 10m shoreline setback. This limits the project’s placement to a relatively flat area between a secondary private road and the sea.

The project aims at preserving the natural qualities of the site by seamlessly integrating itself to the existing landscape. The overall design strategy had major implications on the programmatic and tectonic concept of the beach house.

Public spaces are placed at site entry level and private spaces are positioned at the lower levels. The top level is constructed as a platform raised on short columns, with the intention of minimal alteration of the natural rocky landscape, while enhancing the view of the shoreline. The edge of the deck is lowered, along with the strip adjacent to it in order to remove any obstructions in front of the view. Elevating and lowering of the terraces creates a sequence of seating conditions that further animates the outdoor deck.

The stairwell and entrance hall are grouped with lighting and ventilation shafts to create a threshold between levels of public spaces. The outdoor pergola and shower cabin further extend this demarcation line. The platform rests on the bedrooms which are placed as close as possible to the shore.

This personalized relationship is further explored through tailored openings catering to different programmatic requirements, as well as highlighting specific events in the surrounding environment. By their plug-in qualities the guest quarters enjoy the independence of a guest-house while connecting to the main house.” 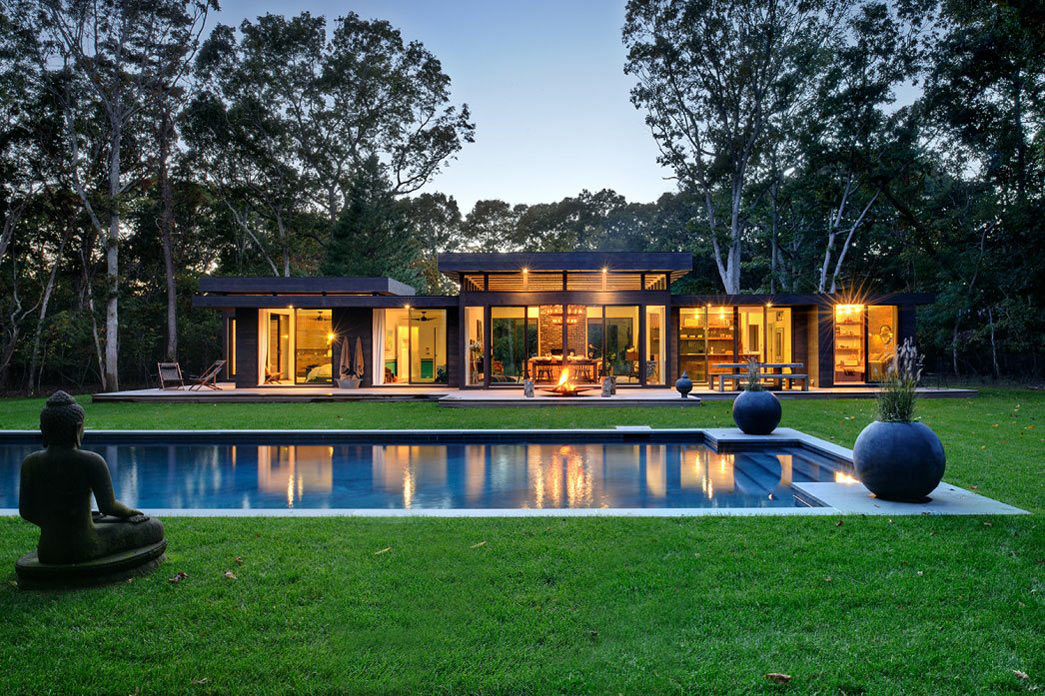 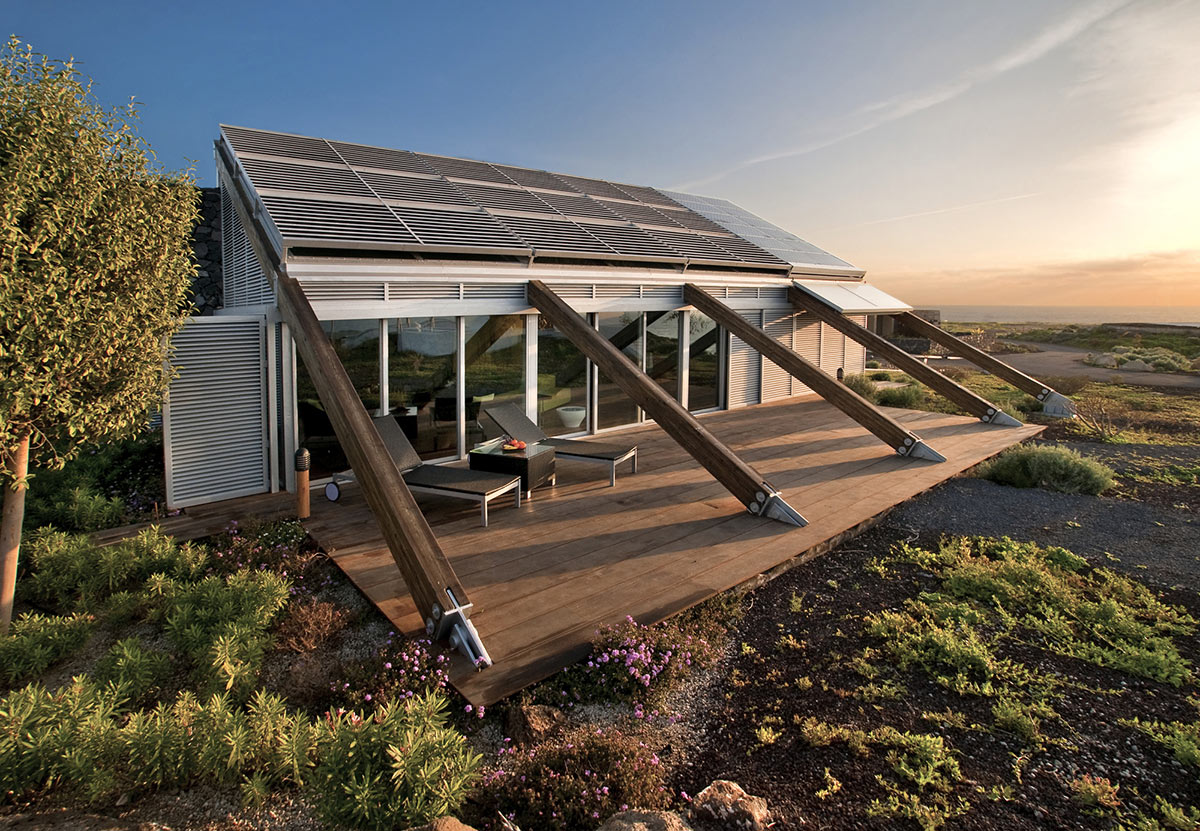 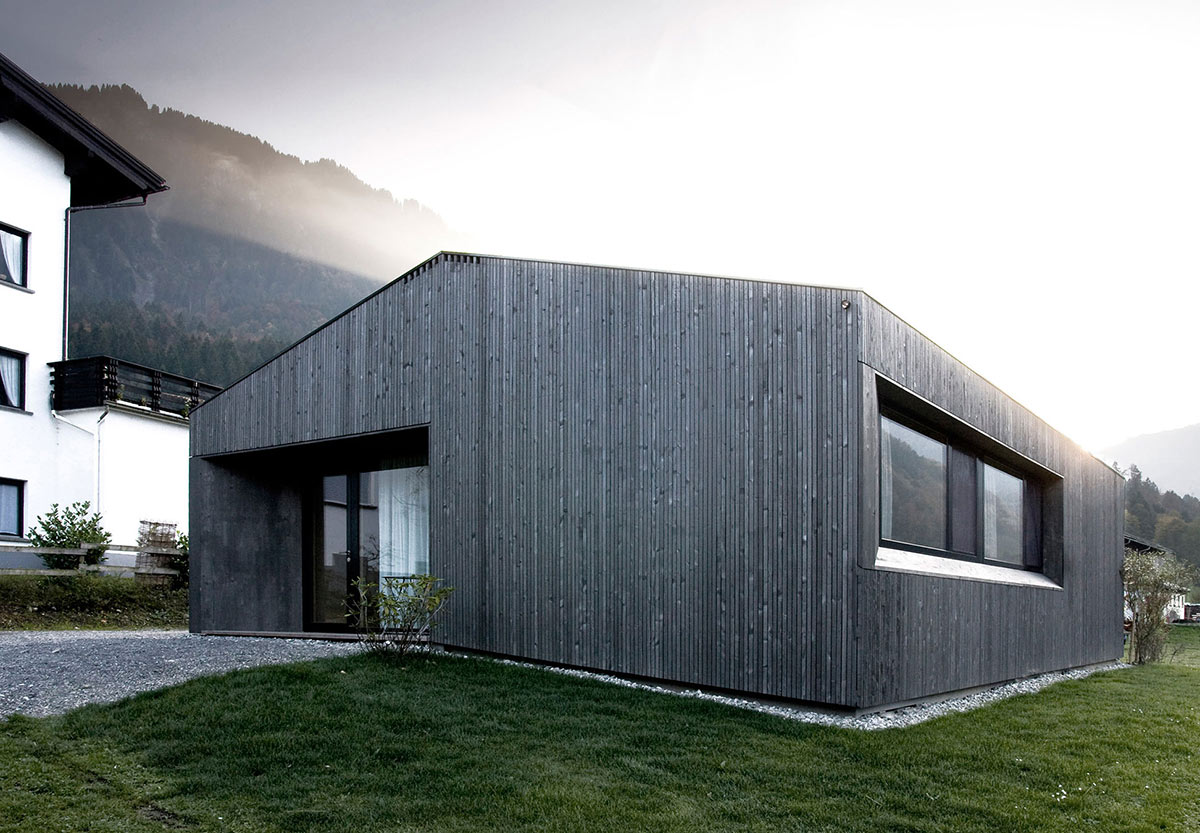 House for Gudrun in Mellau, Austria 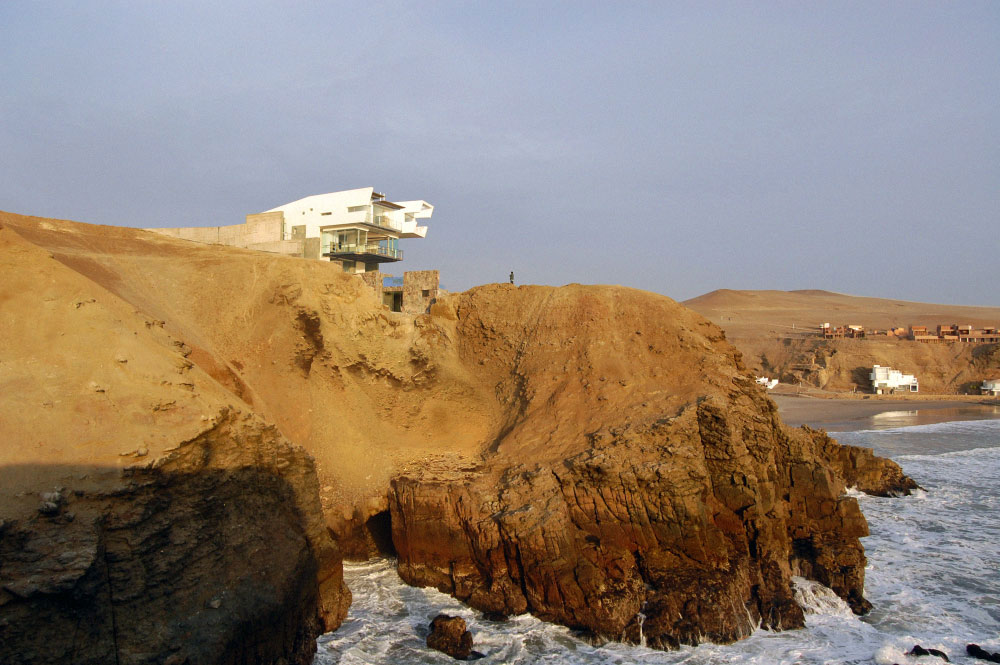 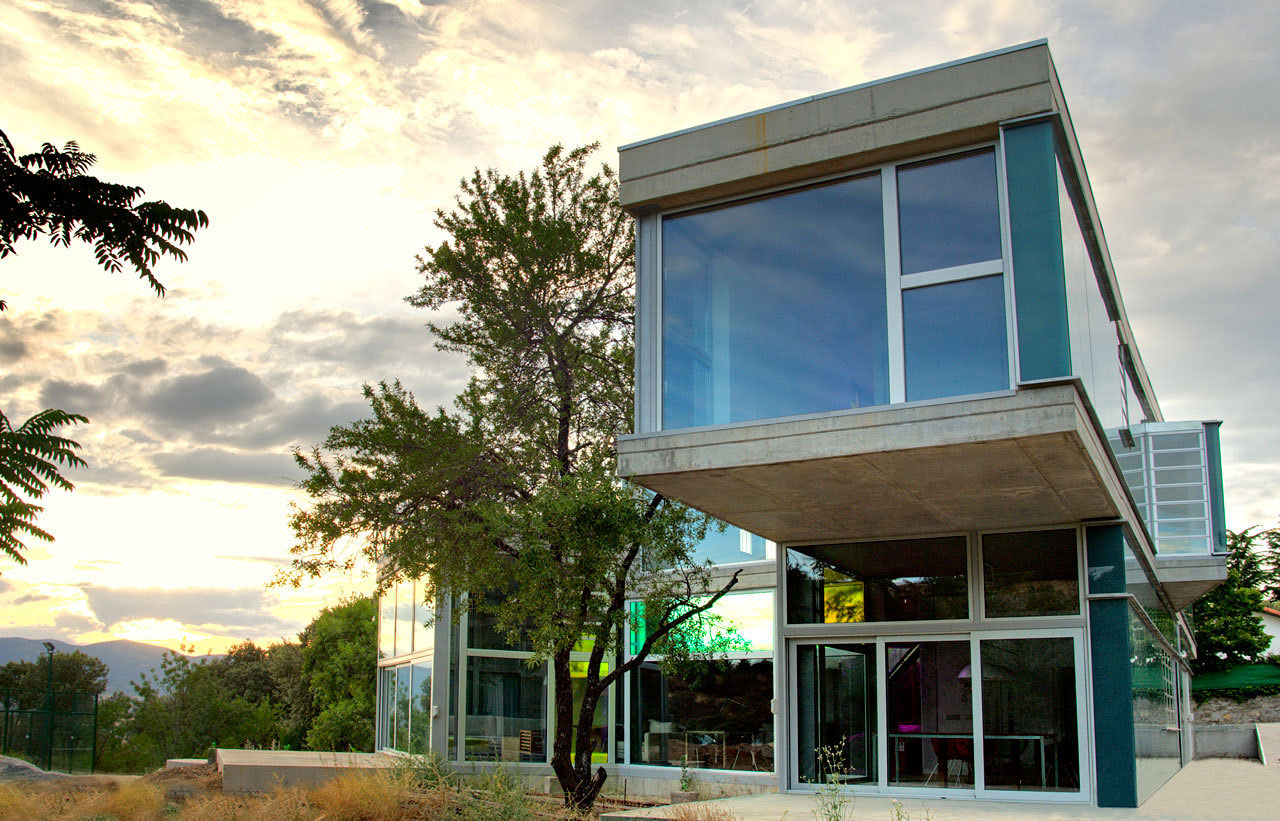