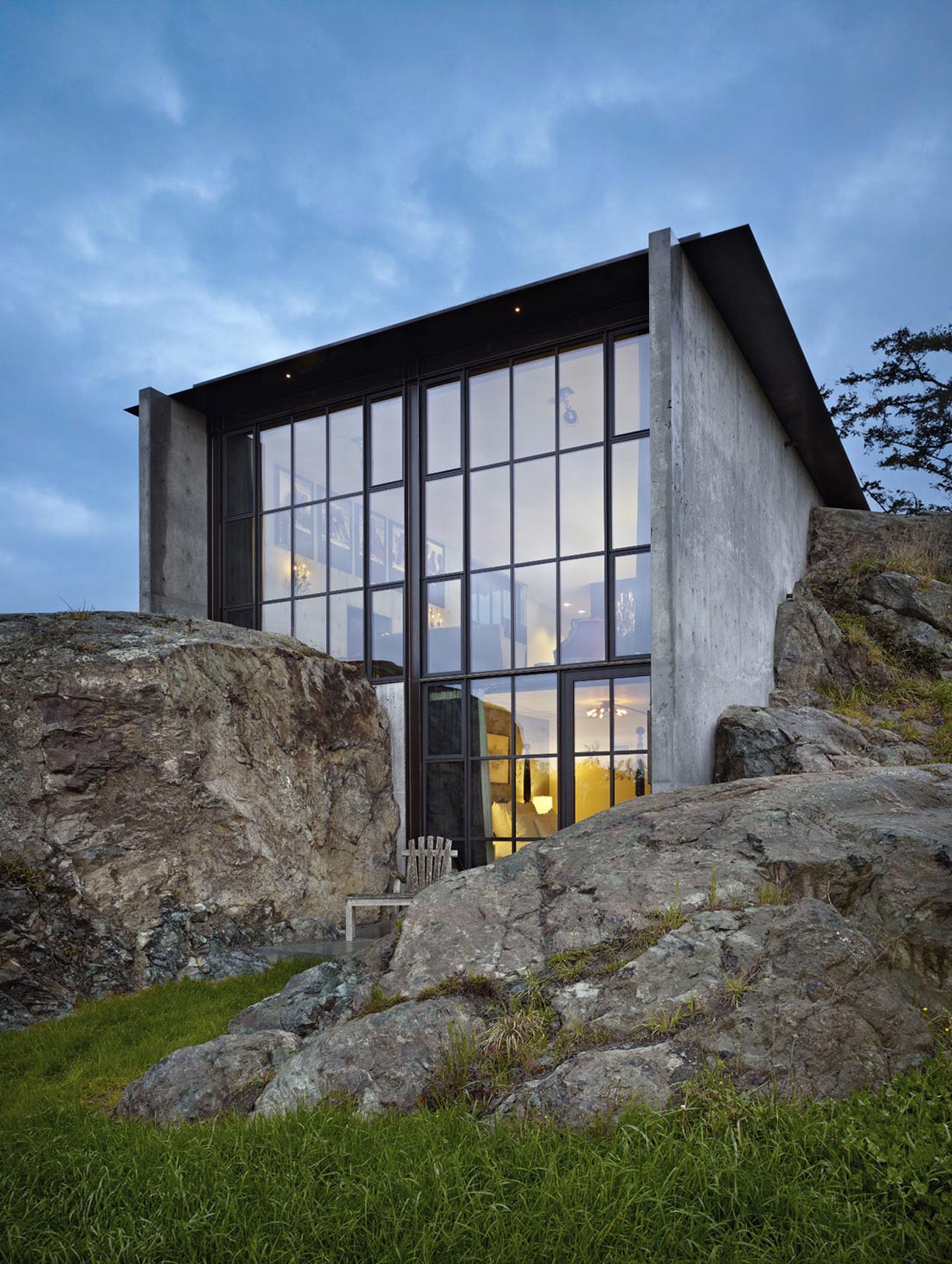 The Pierre was completed by the Seattle based studio Olson Kundig Architects. This fabulous home has been carved into a natural rock outcrop, using a combination of machine and hand work. Main elements include exposed concrete and glass walls, excavated rock was reused as crushed aggregate in the concrete flooring. 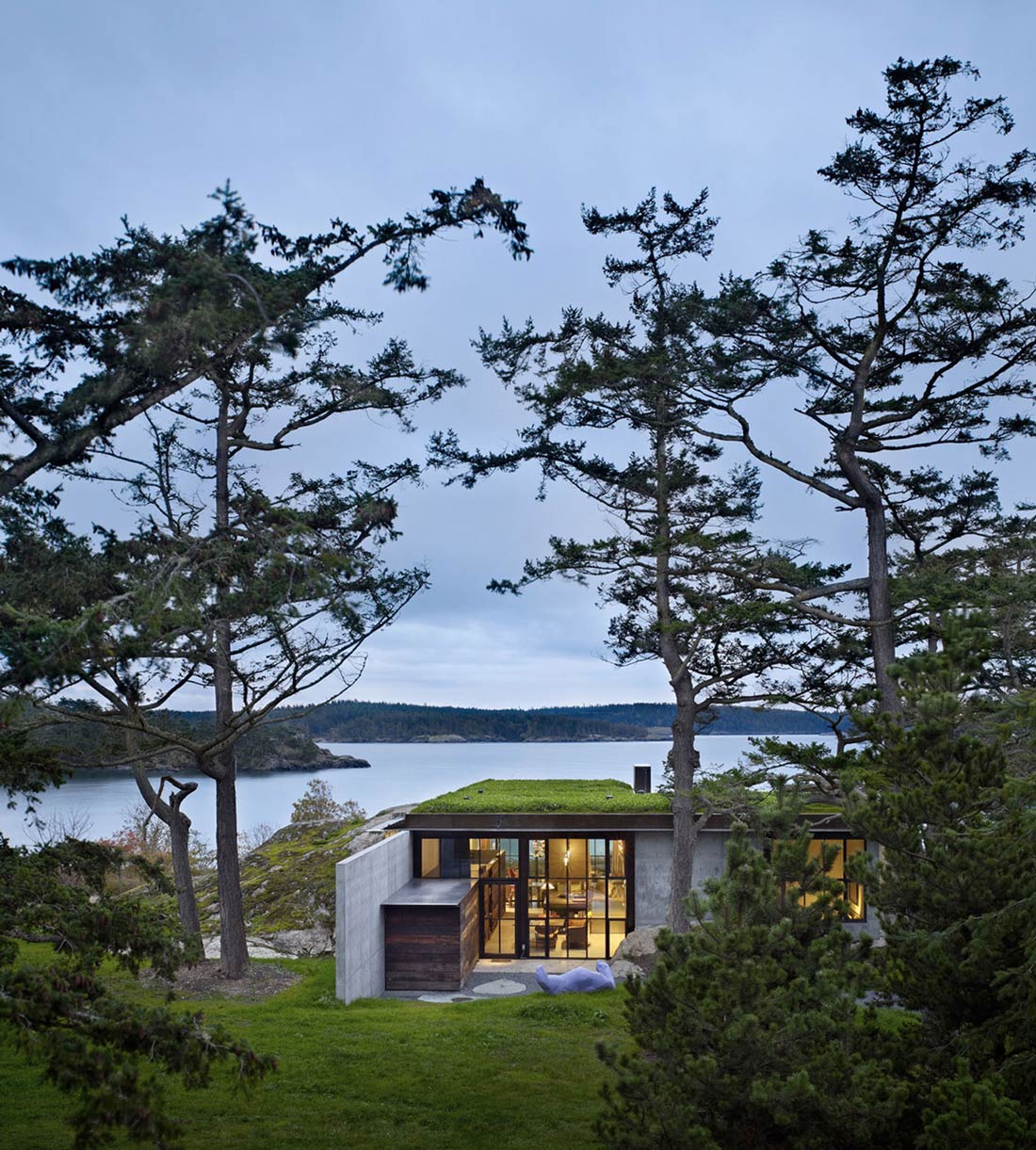 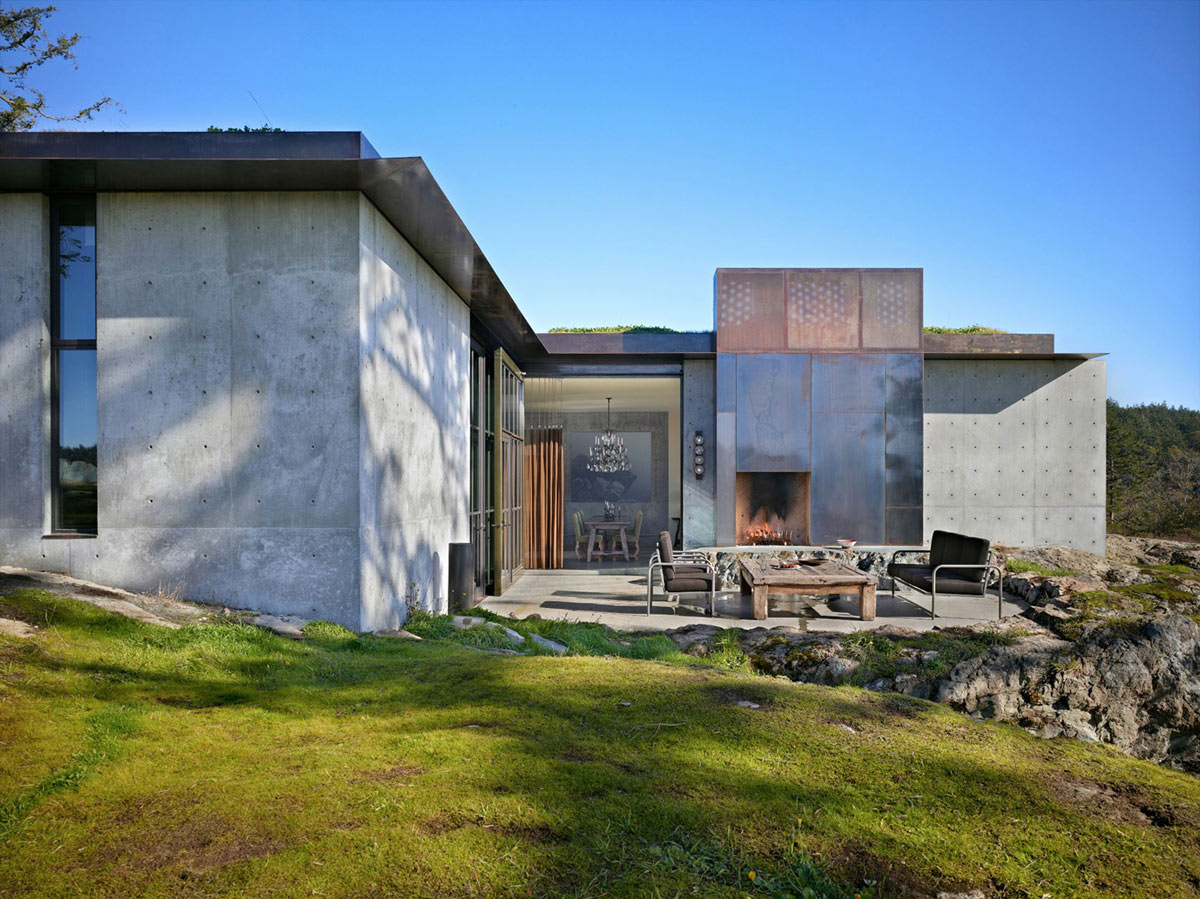 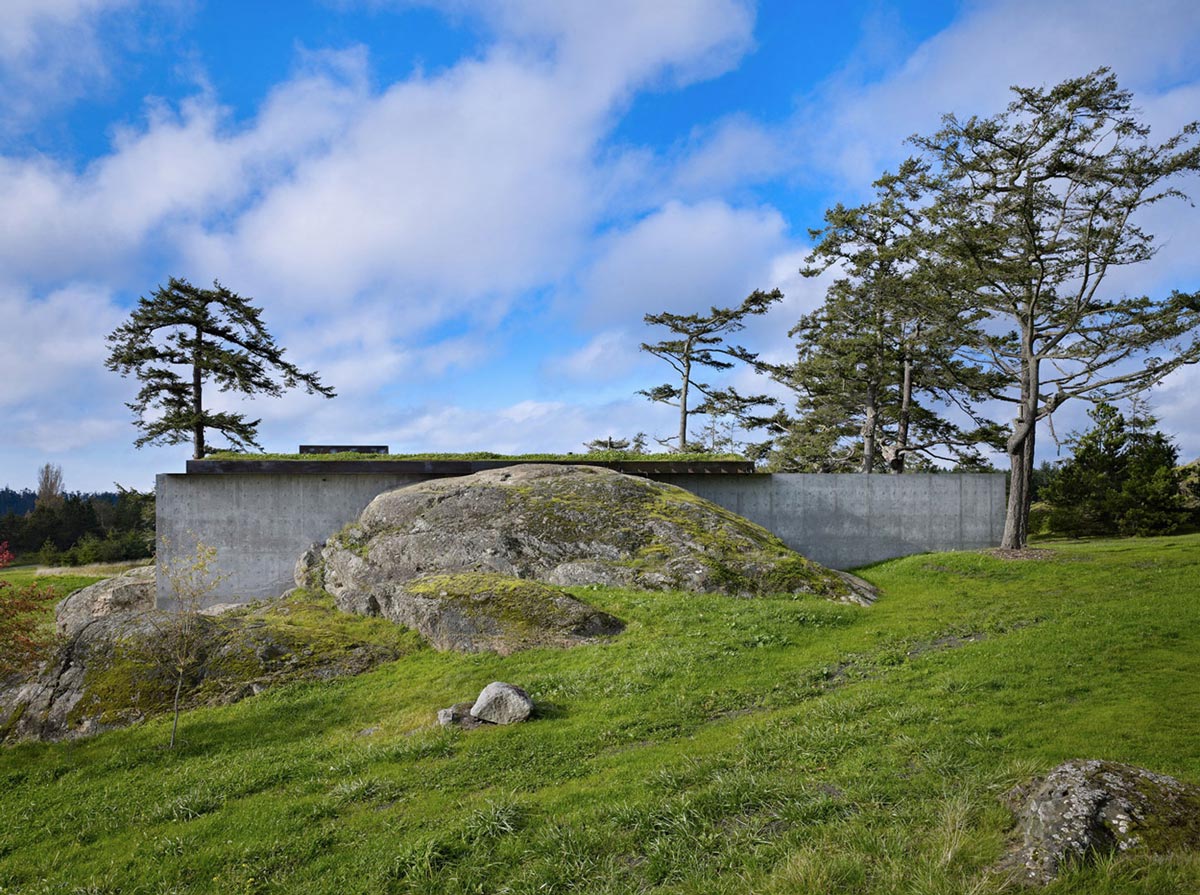 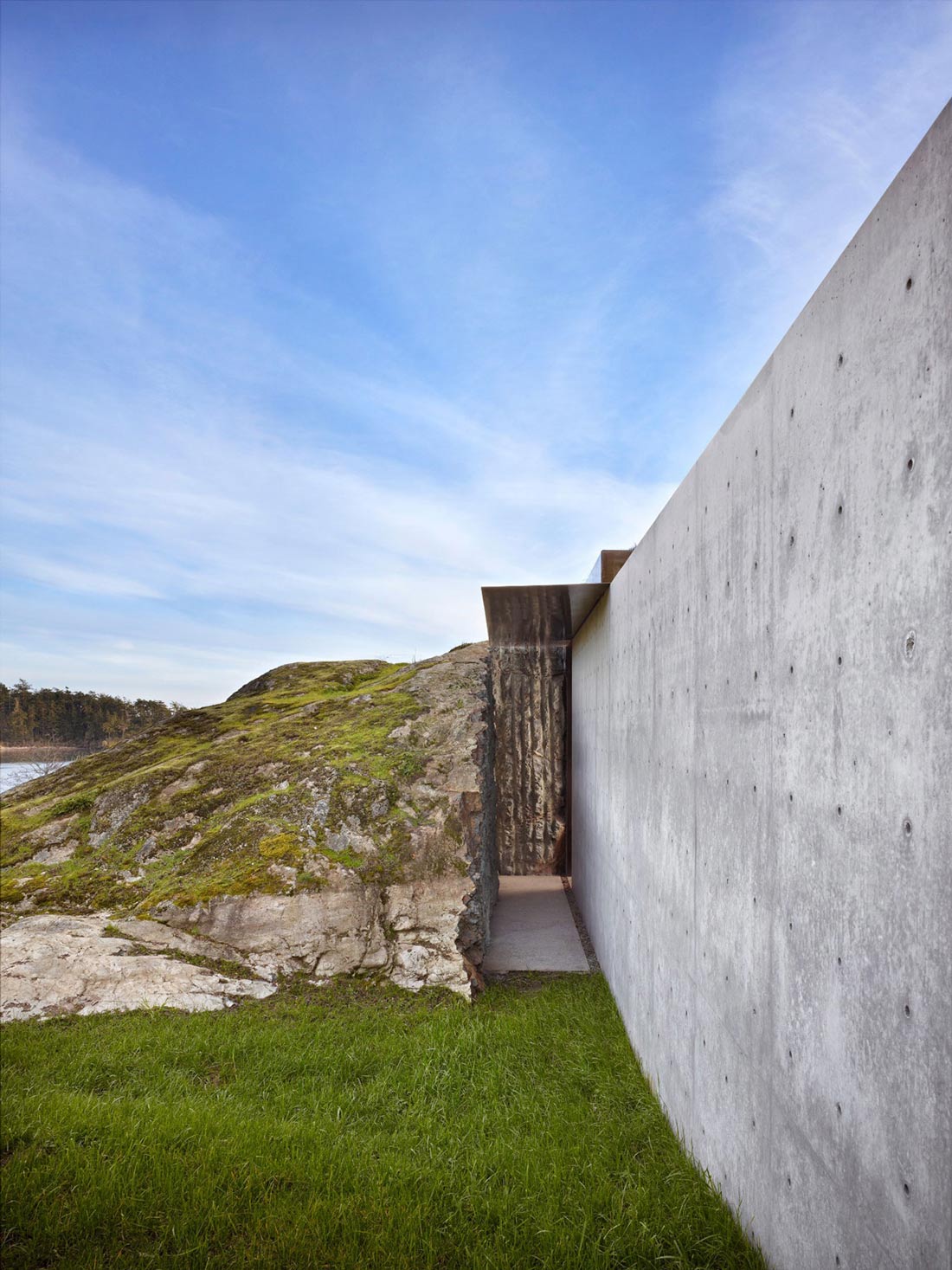 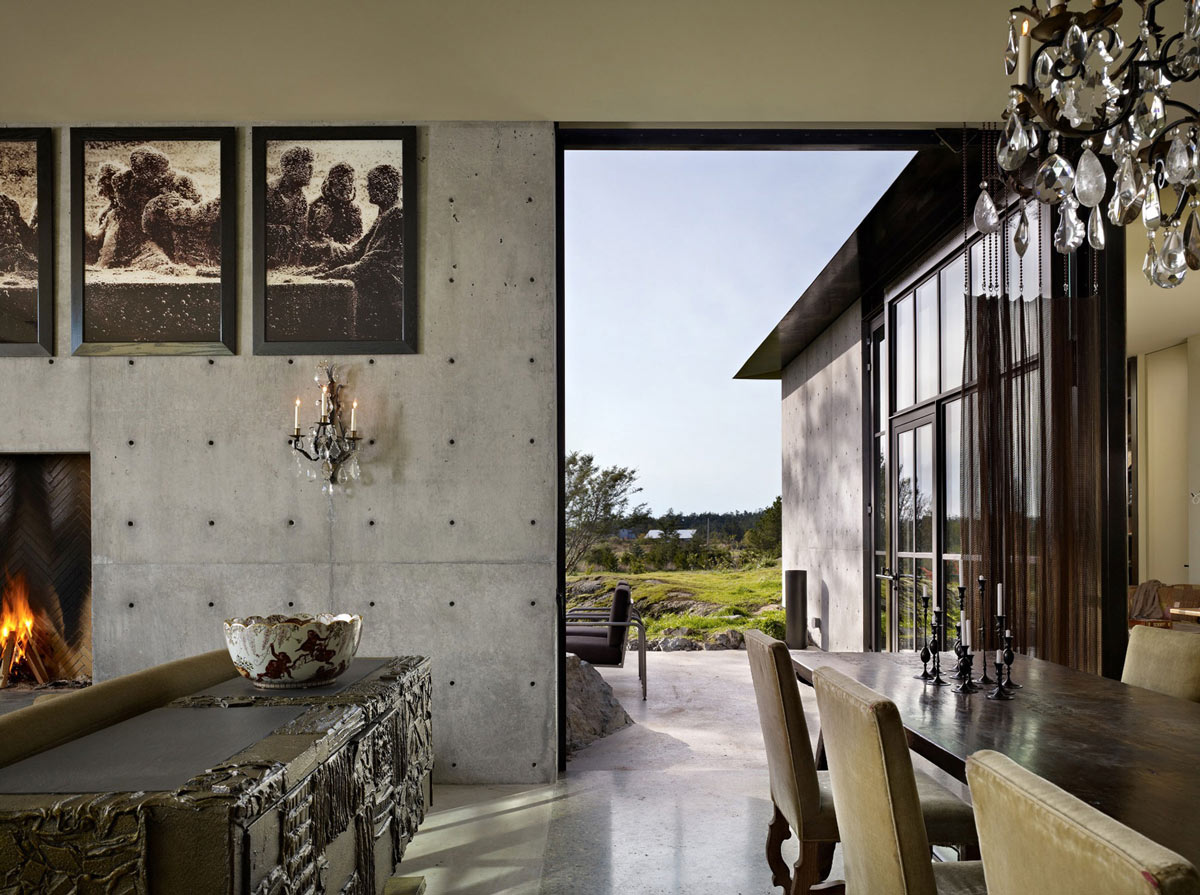 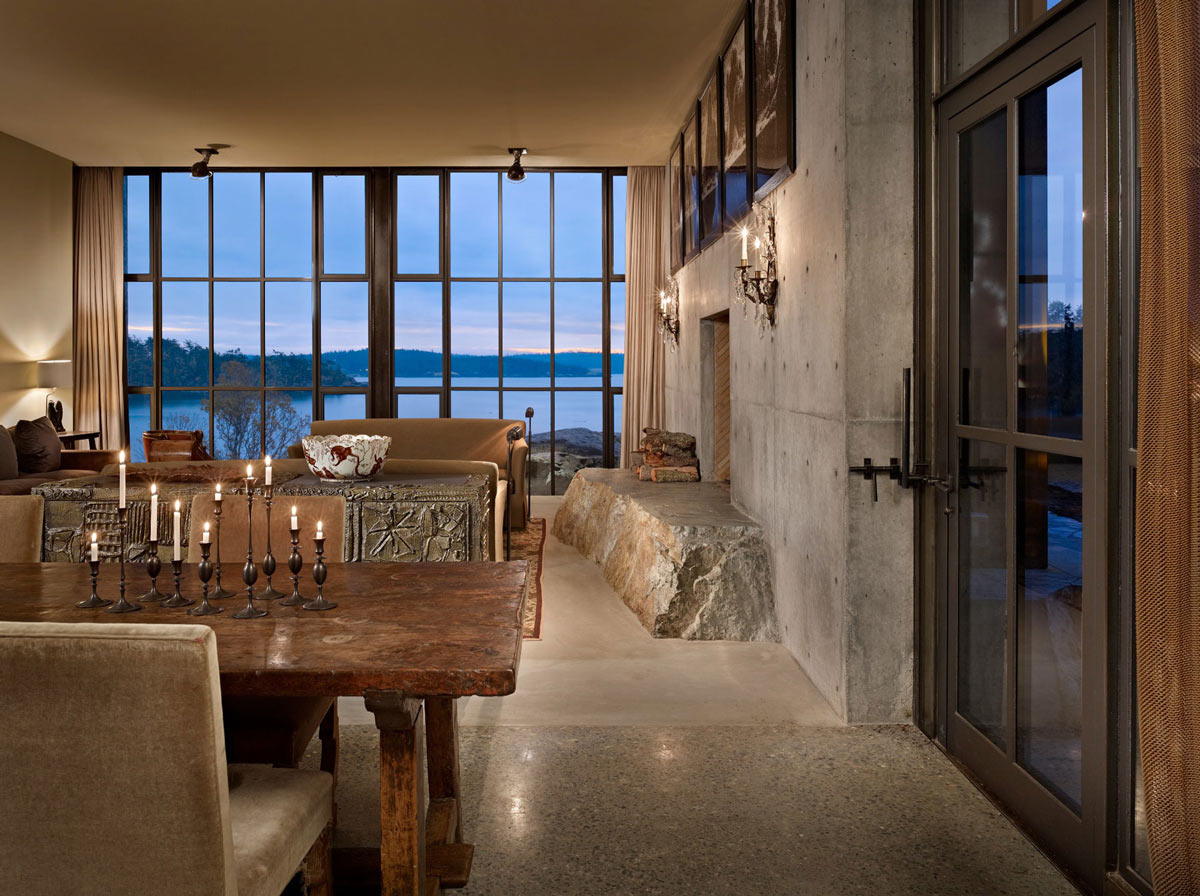 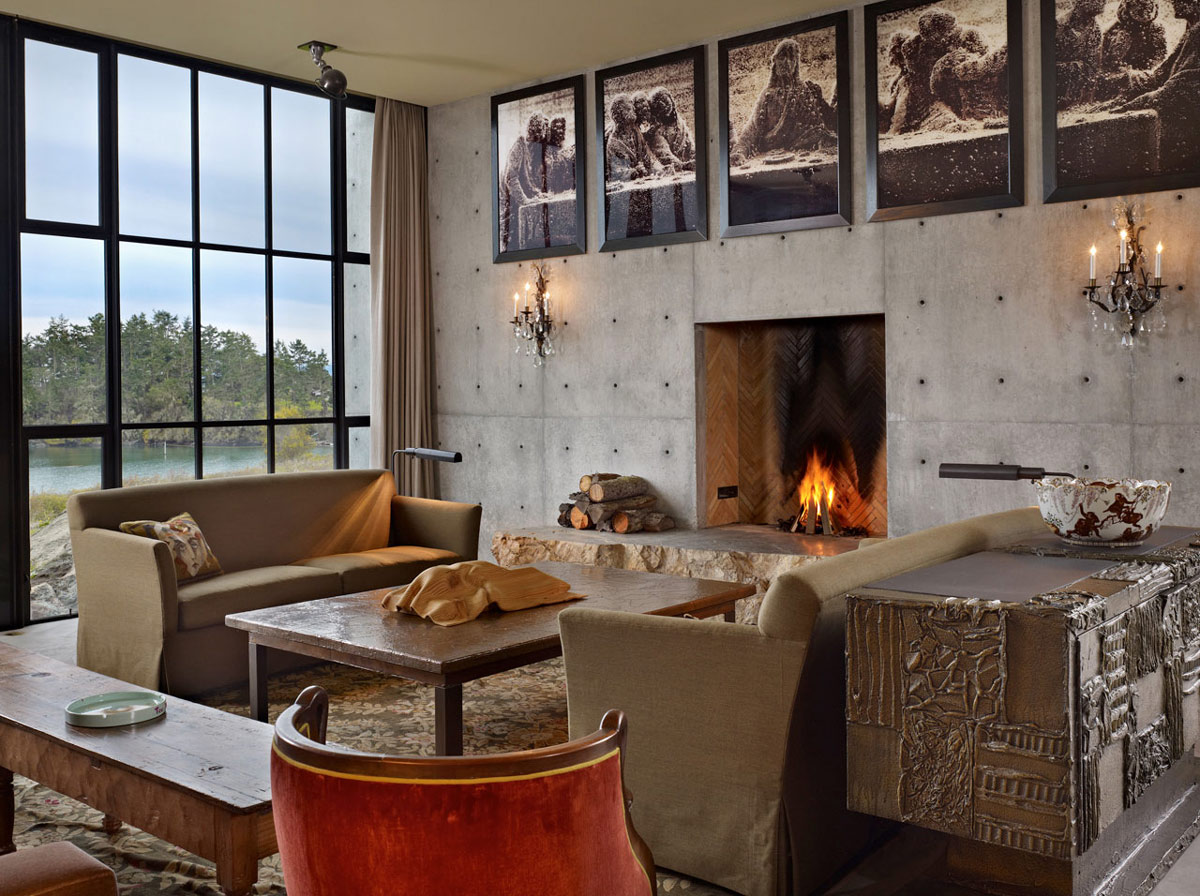 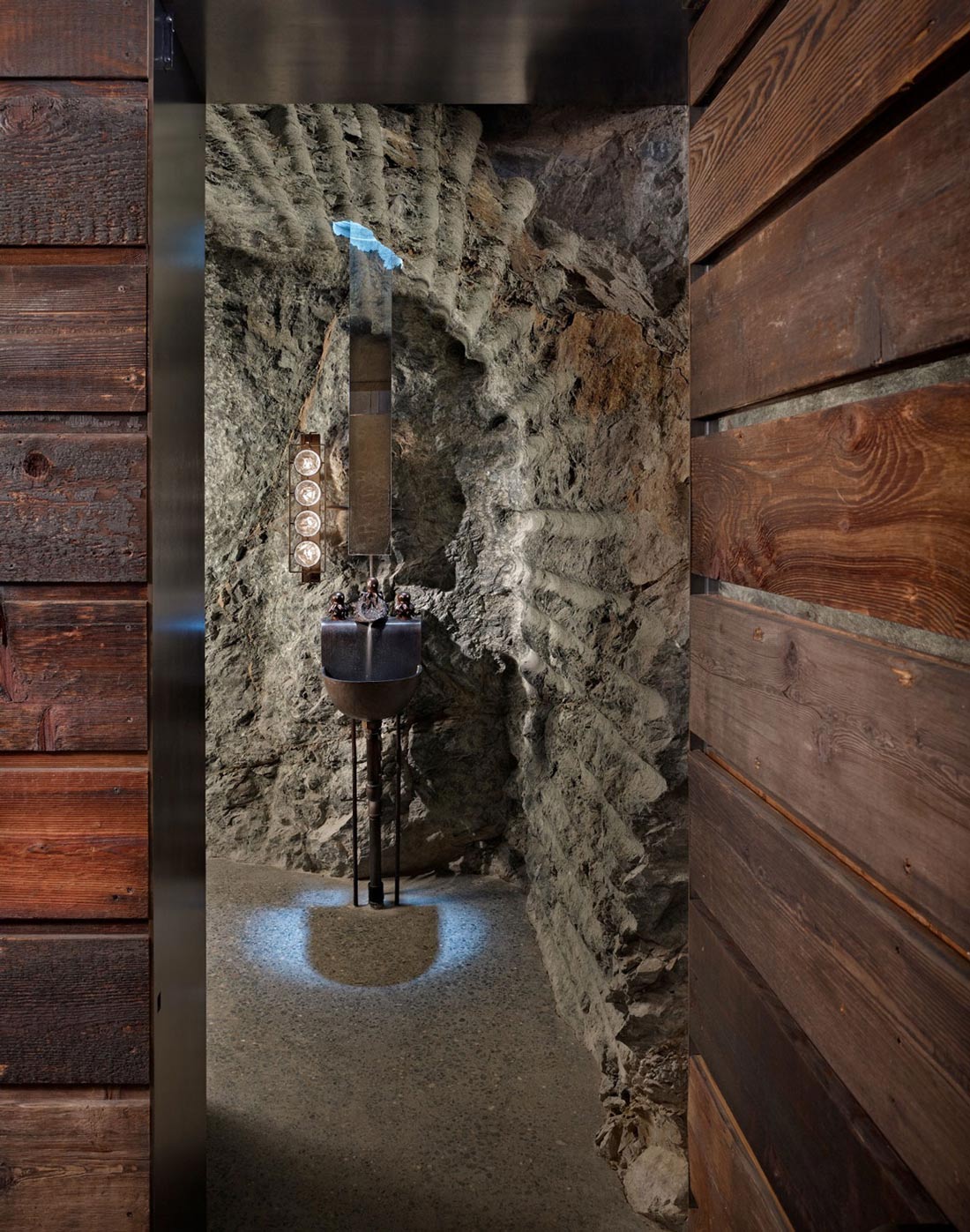 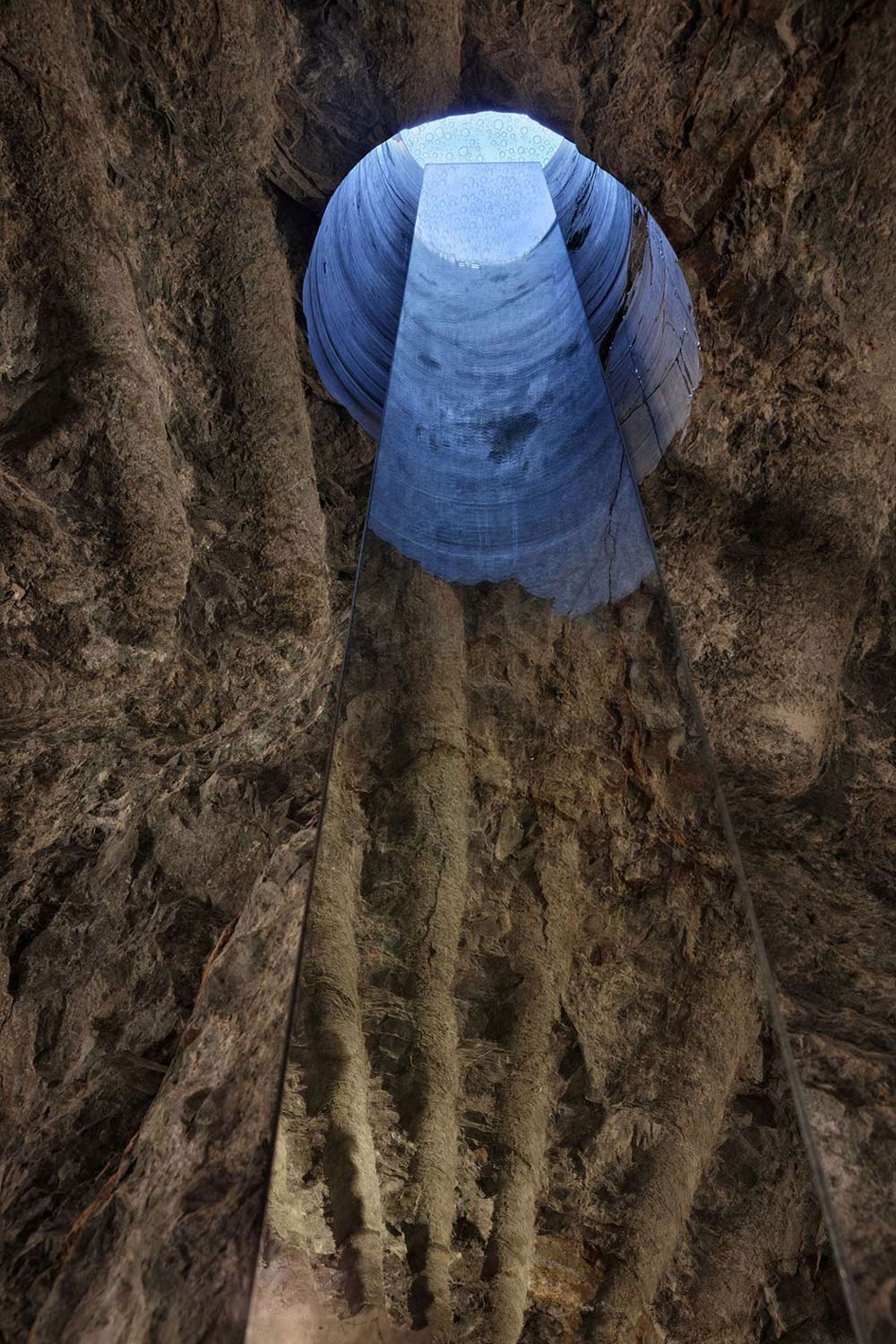 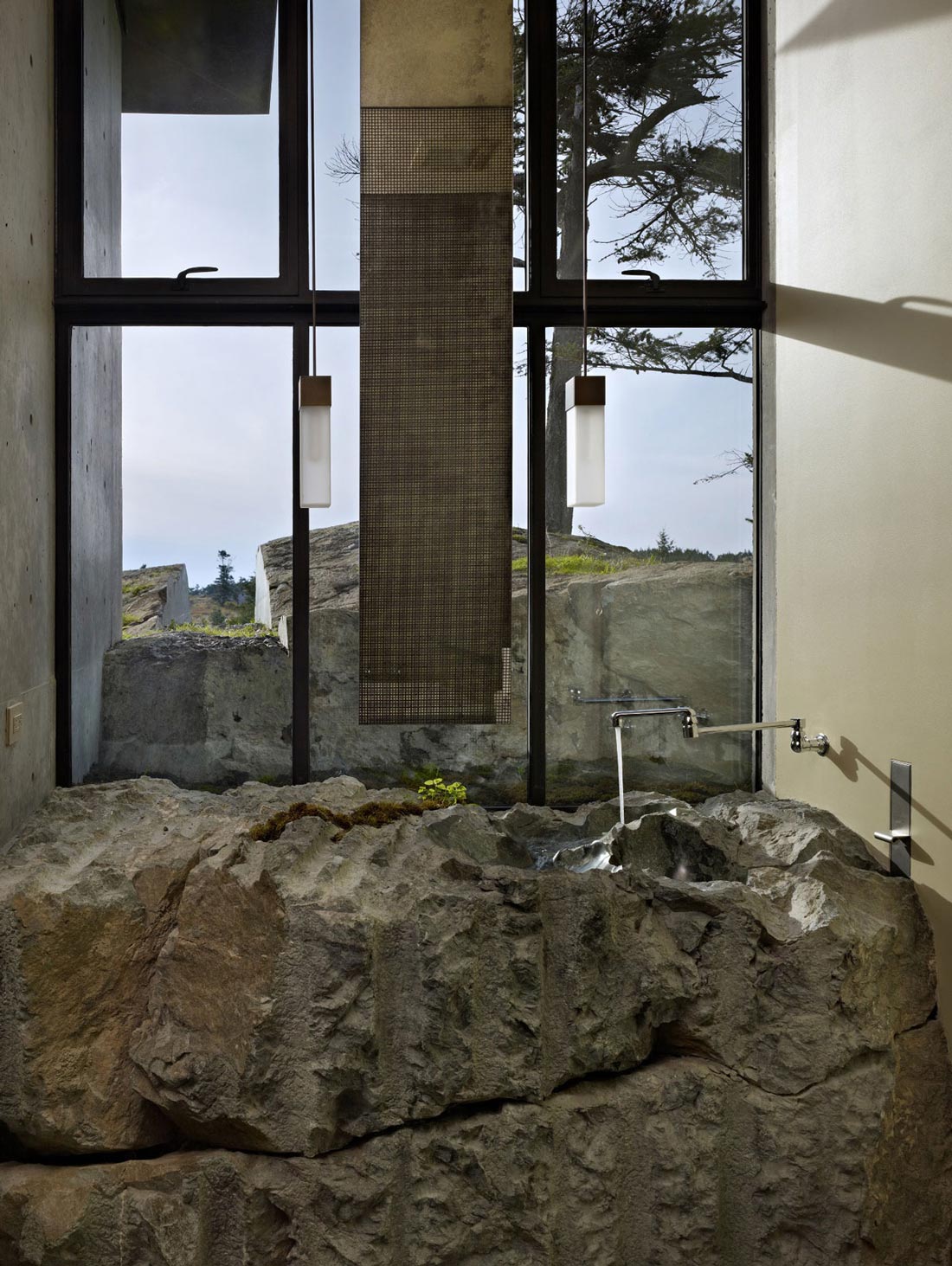 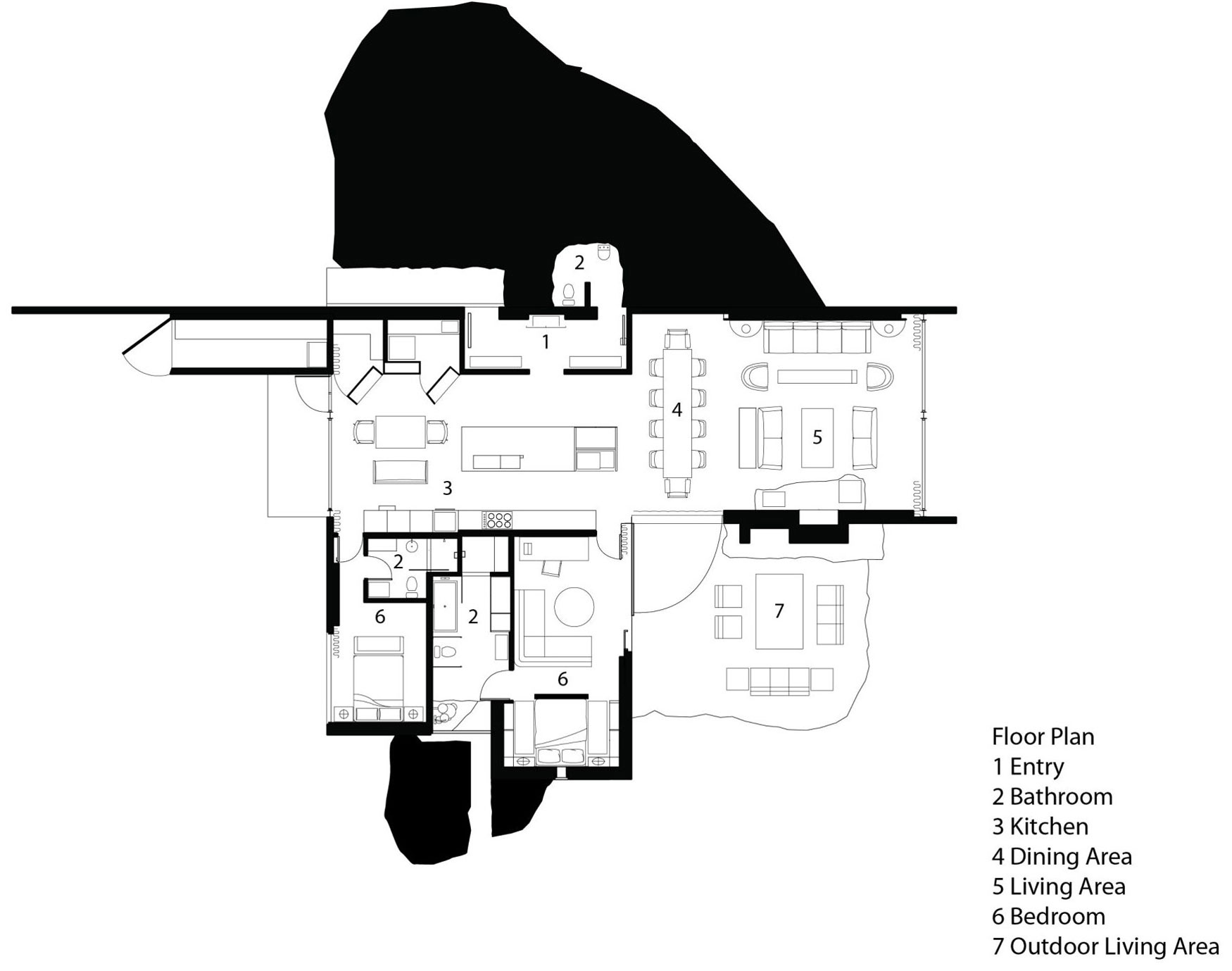 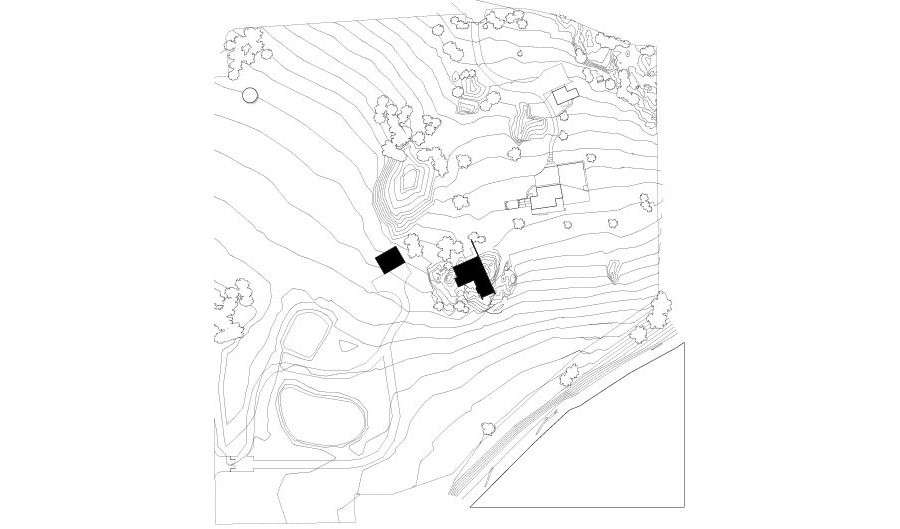 The Pierre on San Juan Island by Olson Kundig Architects:

“The owner’s affection for a stone outcropping on her property and the views from its peak inspired the design of this house. Conceived as a bunker nestled into the rock, the Pierre, the French word for stone, celebrates the materiality of the site. From certain angles, the house – with its rough materials, encompassing stone, green roof and surrounding foliage – almost disappears into nature.

To set the house deep into the site, portions of the rock outcropping were excavated using a combination of machine work and handwork. The contractor used large drills to set the outline of the building, then used dynamite, hydraulic chippers, a selection of wire saws and other hand tools, working with finer and finer implements as construction progressed. Excavated rock was re-used as crushed aggregate in the concrete flooring. Excavation marks were left exposed on all the stonework, a reminder of the building process.

With the exception of a separate guest suite, the Pierre functions on one main level, with an open plan kitchen, dining and living space. A wood-clad storage box (made with siding reclaimed from a Lionel Pries-designed house) transitions from outside to inside the house. Its two large bookcases open to provide concealed access to laundry and kitchen storage. A large pivoting steel and glass door opens for access to an outdoor terrace. Set at a right angle to the main spaces, a master suite features a custom designed bed with a leather headboard and footboard set in the middle of floor-to-ceiling bookshelves.

Throughout the house, the rock extrudes into the space, contrasting with the luxurious textures of the furnishings. Interior and exterior fireplace hearths are carved out of existing stone; levelled on top, they are otherwise left raw. The master bathroom’s sink is composed of water cascading through three polished pools in the existing stone. Off the main space, a powder room is fully carved out of the rock. A skytube is through to the top of the rock and topped by glass. A mirror set within the tube serves as a focal point, reflecting natural light into the space and connecting to a forged bronze sink.

Interiors by Olson Kundig Architects, in collaboration with the client.” 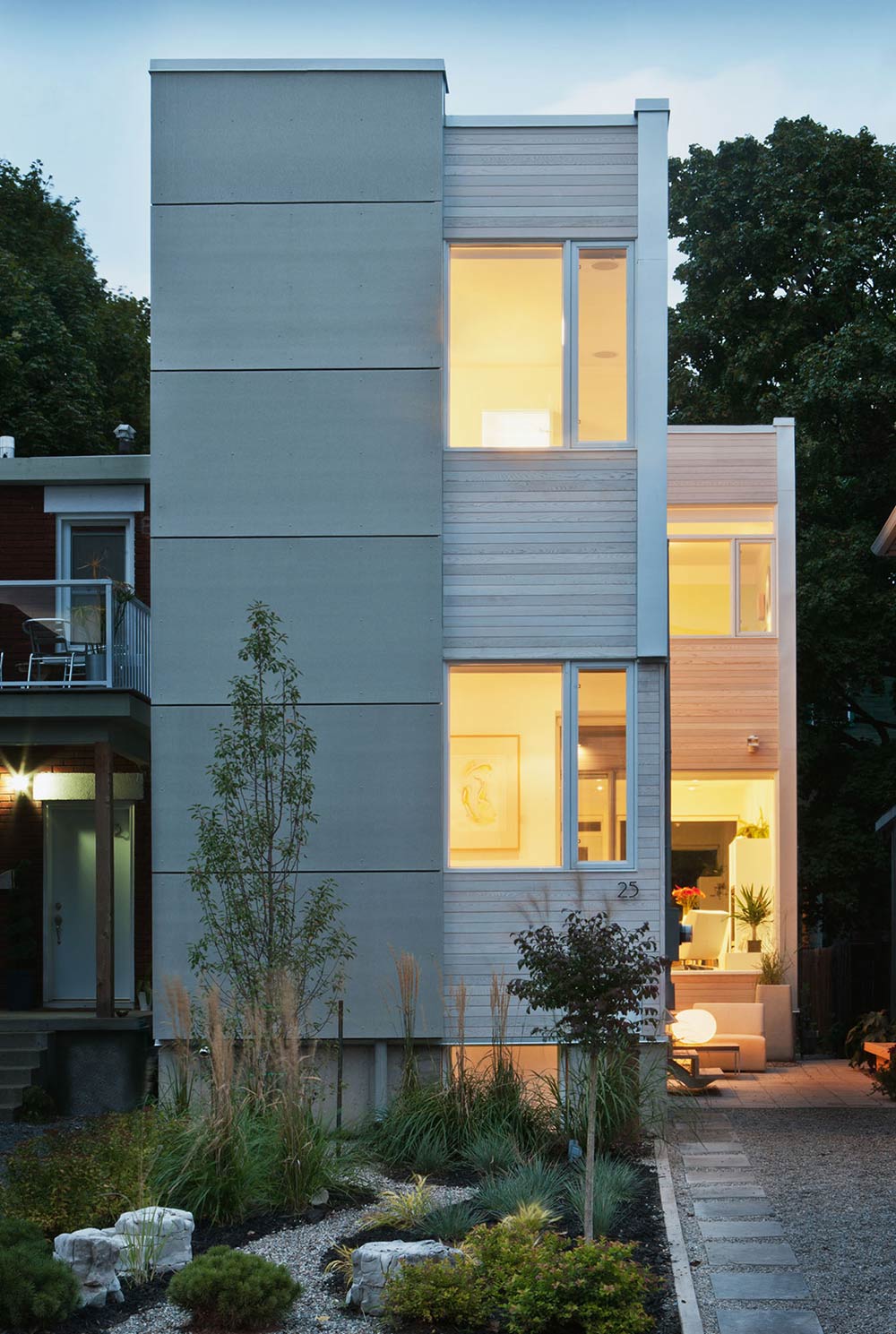 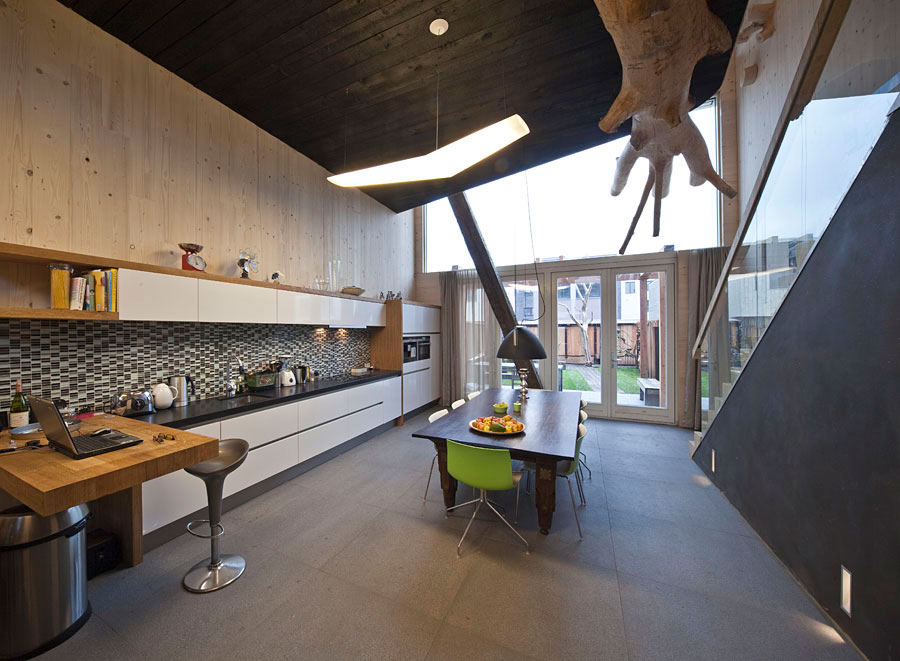 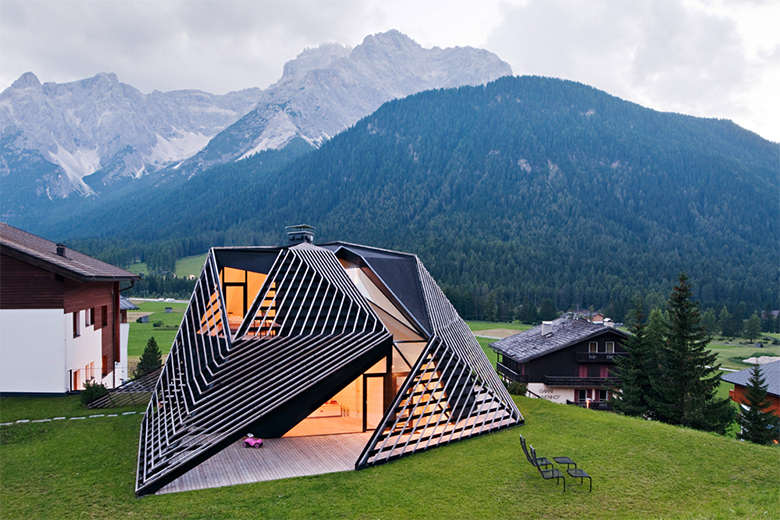 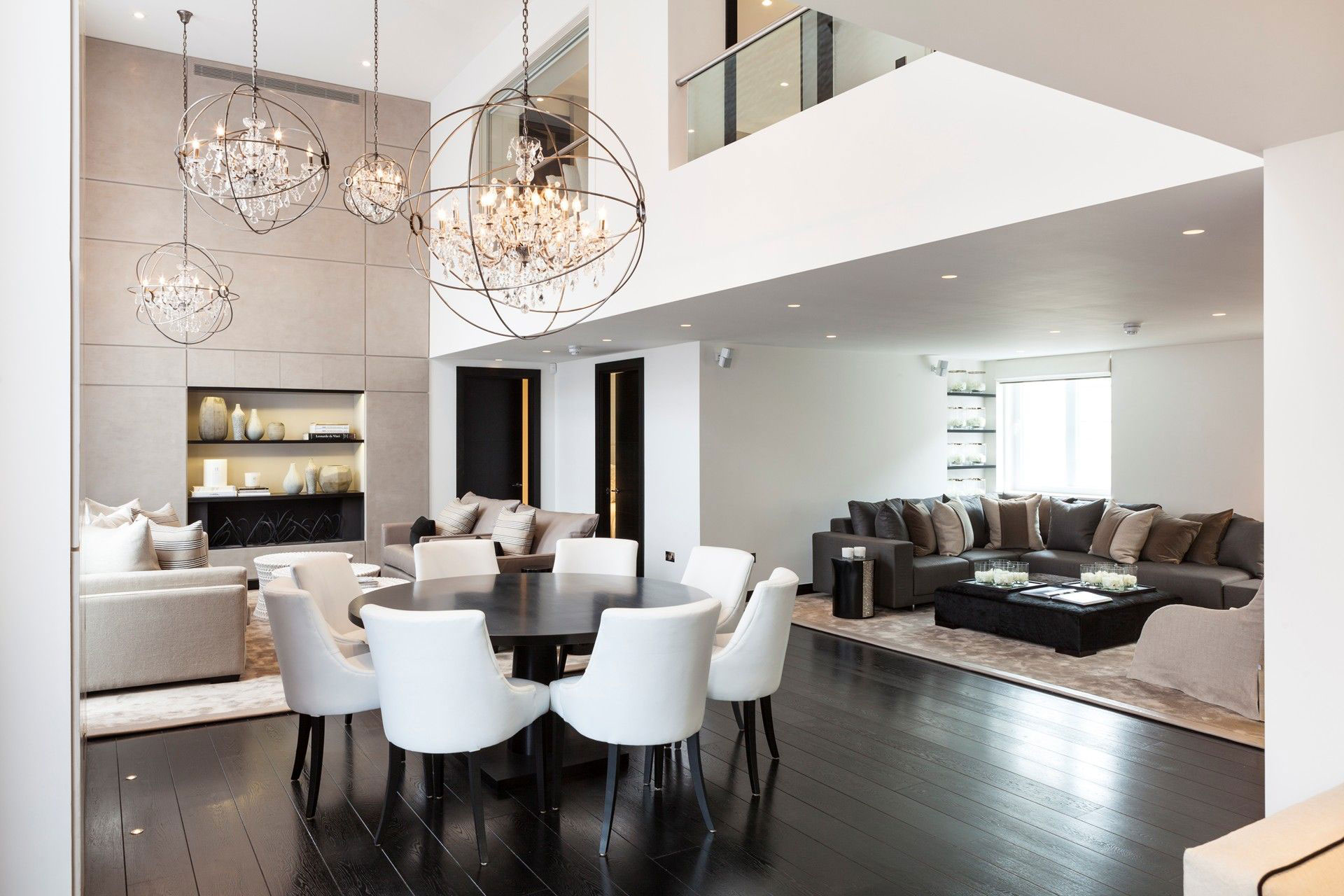 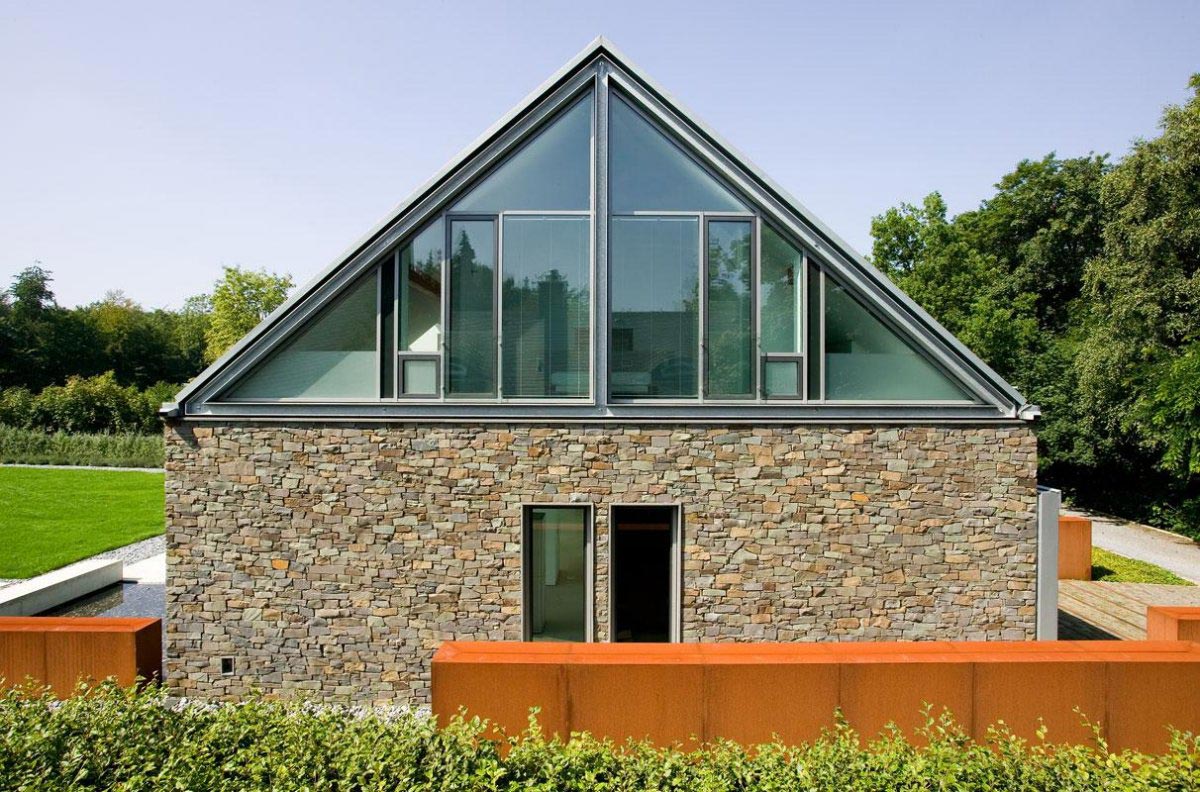 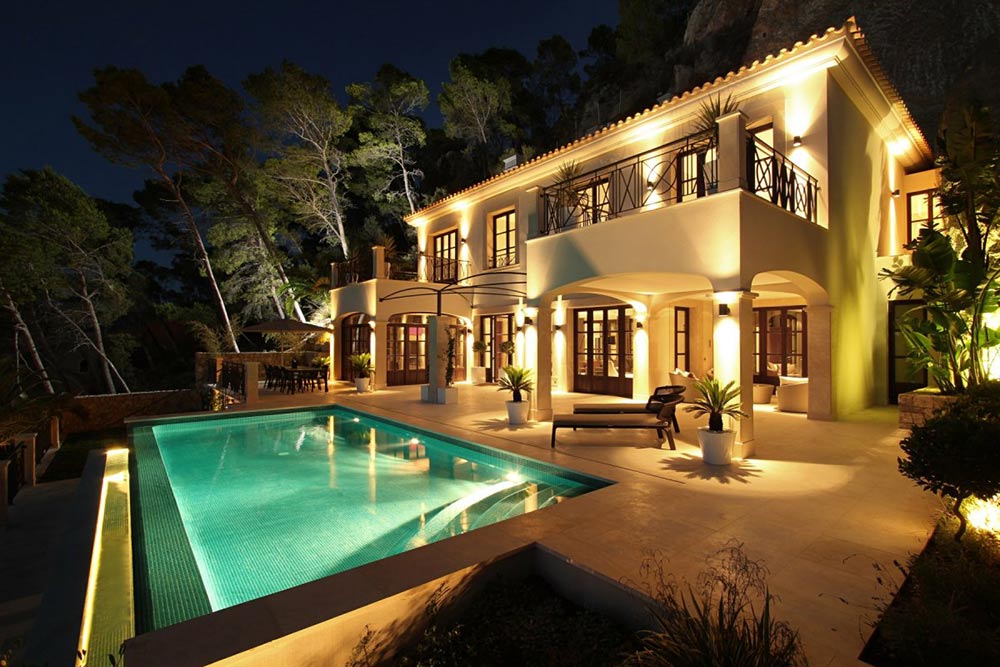