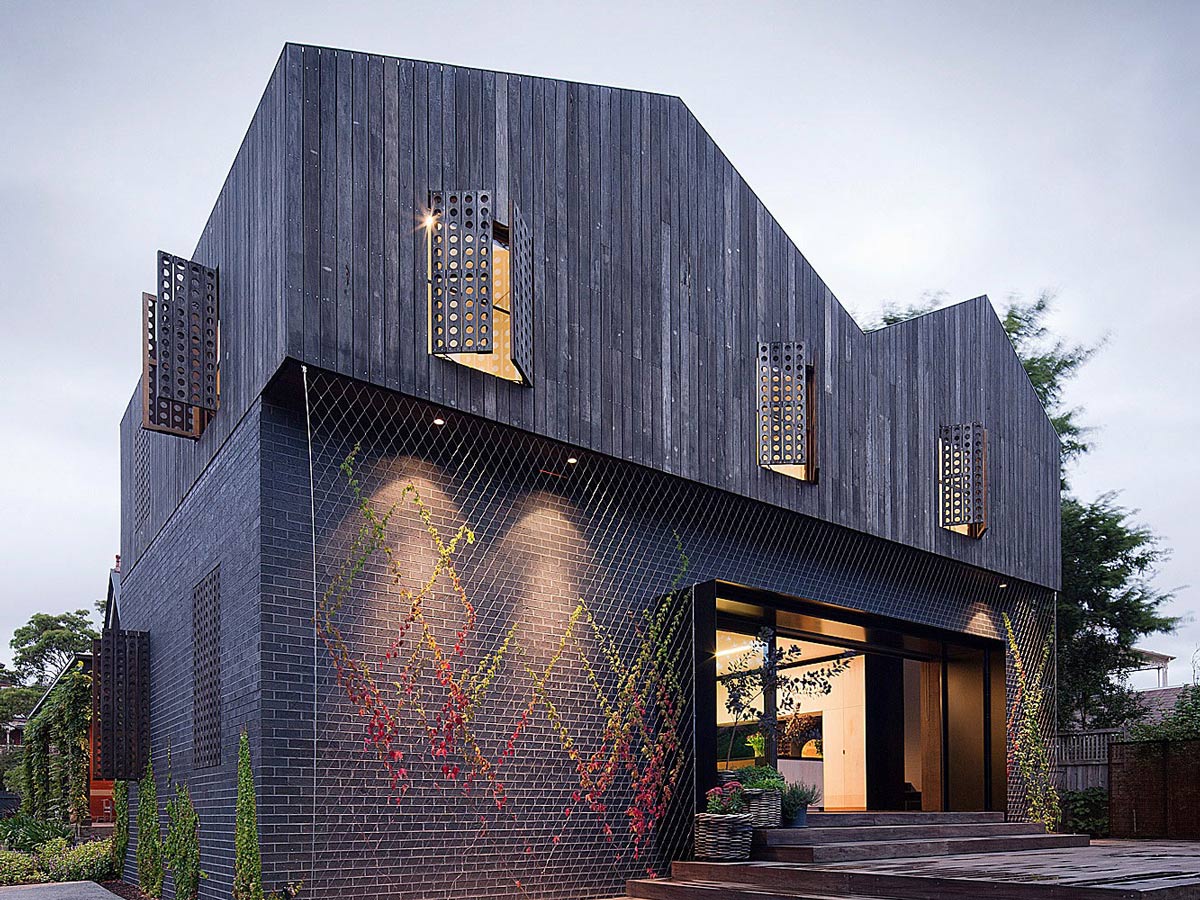 The Twin Peaks House was completed in 2011 by the Melbourne based studio Jackson Clements Burrows. This project involved the renovation and addition to an existing Edwardian house, designed for a family with three children. Located in Hawthorn, a suburb of Melbourne, Australia. 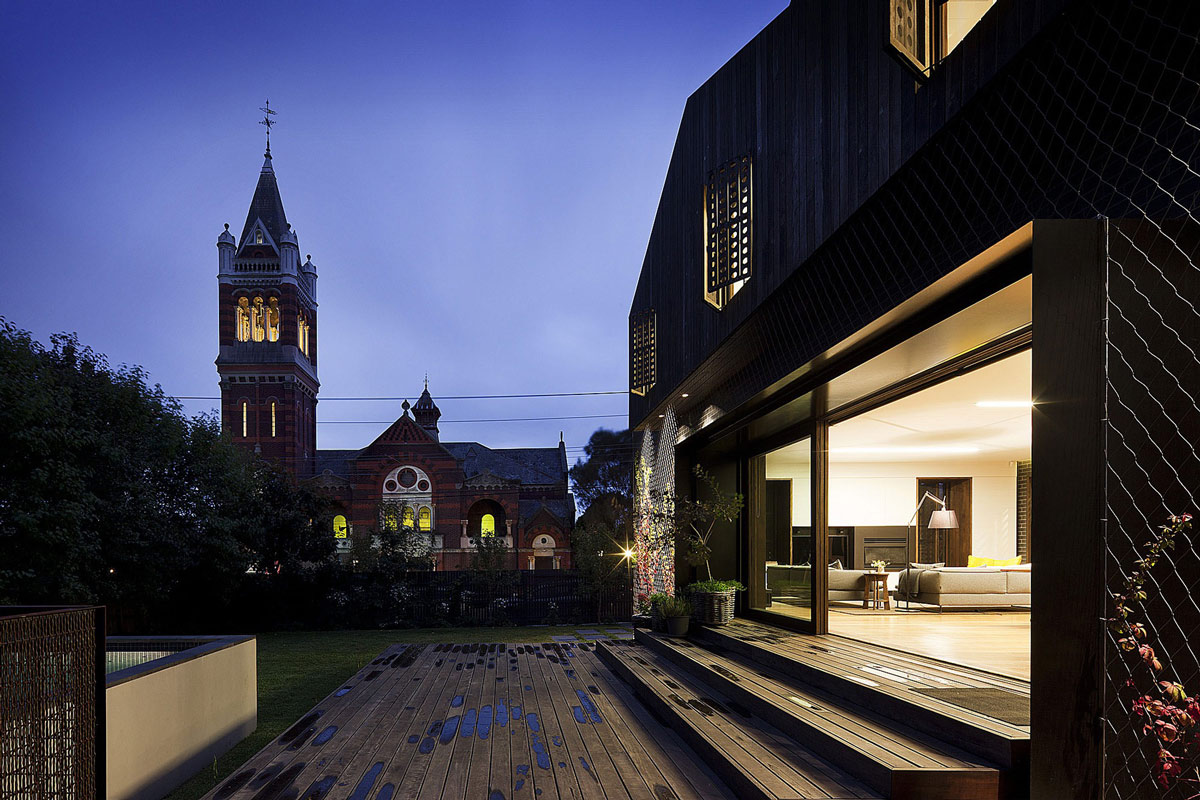 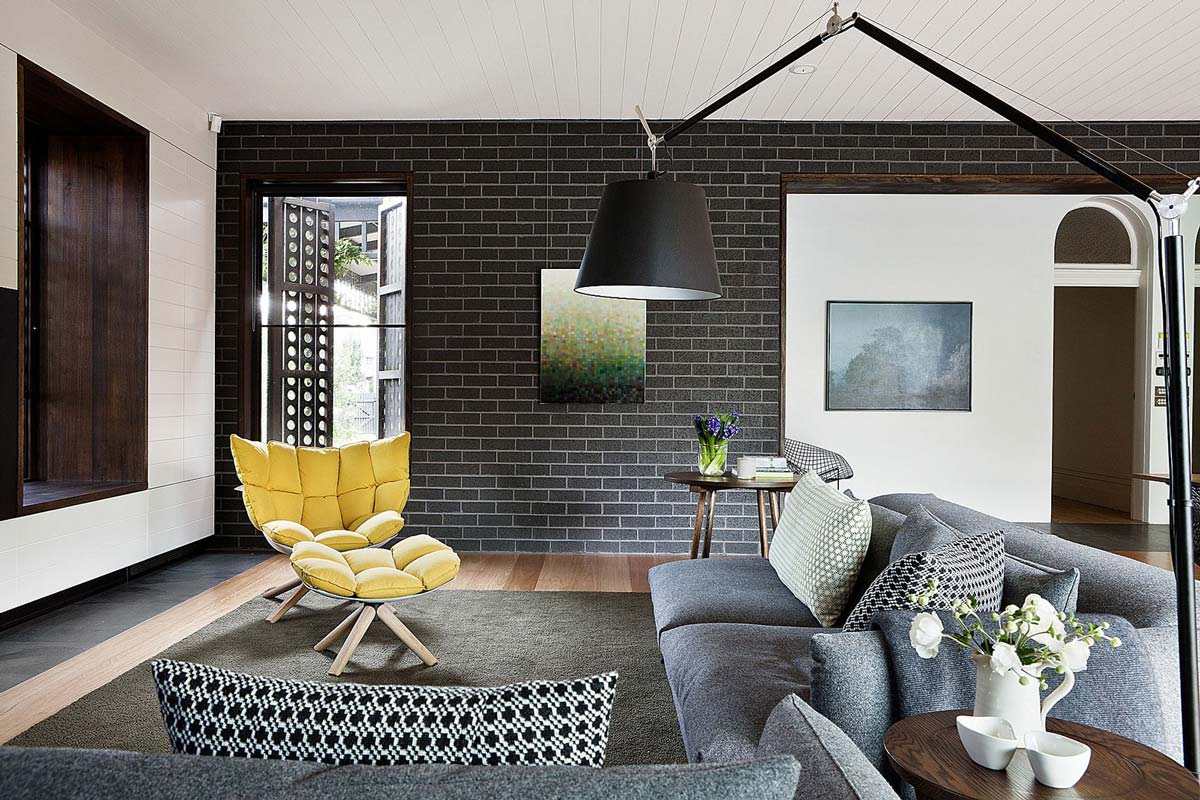 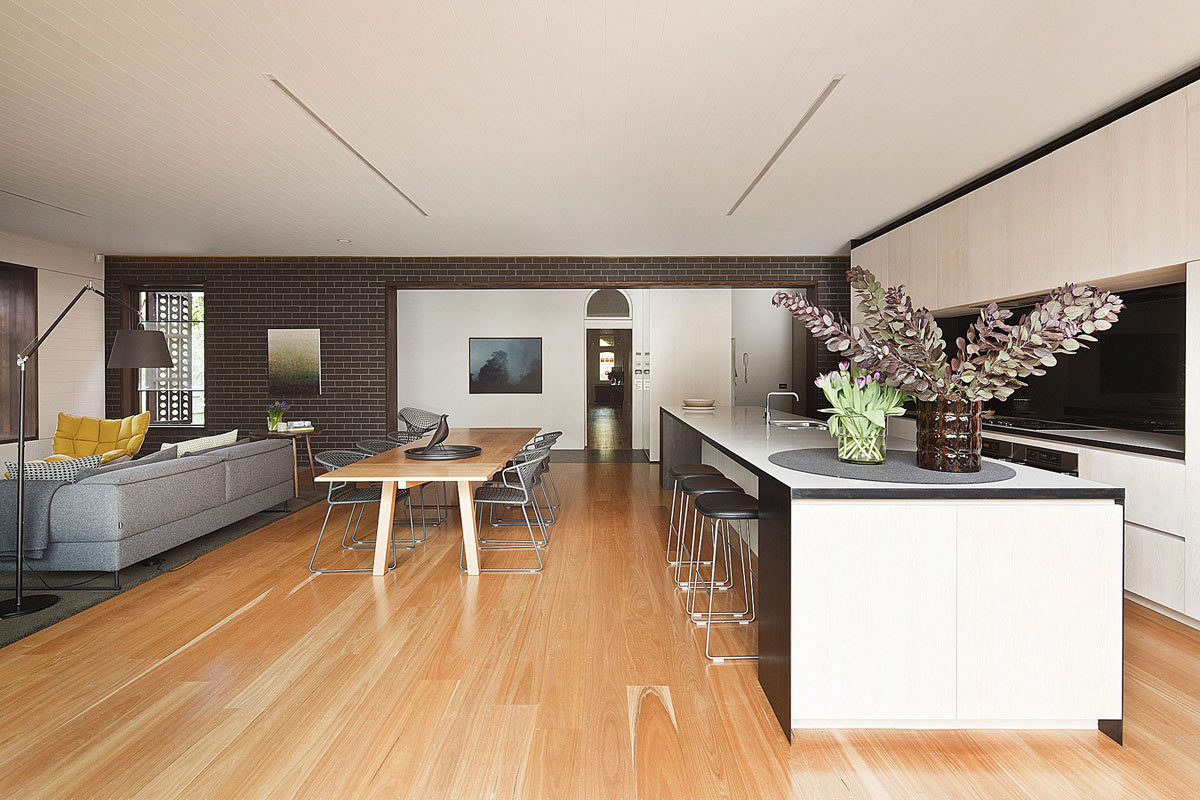 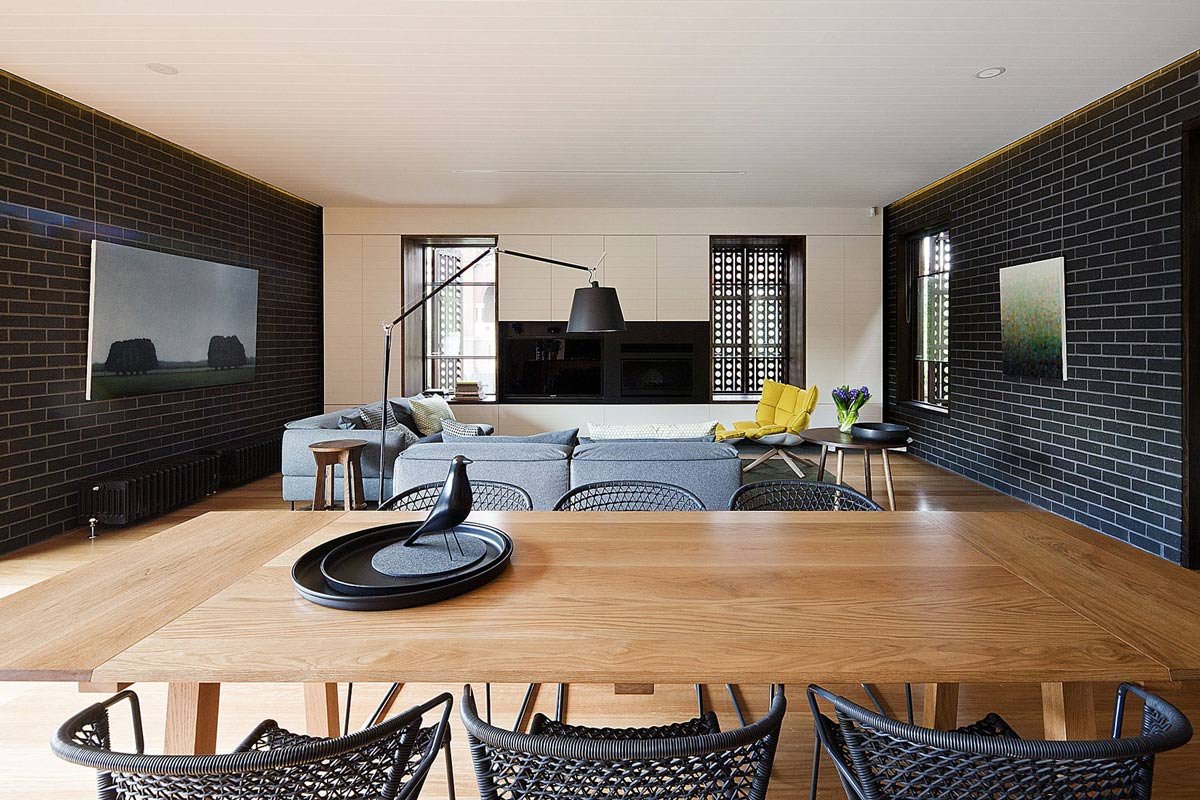 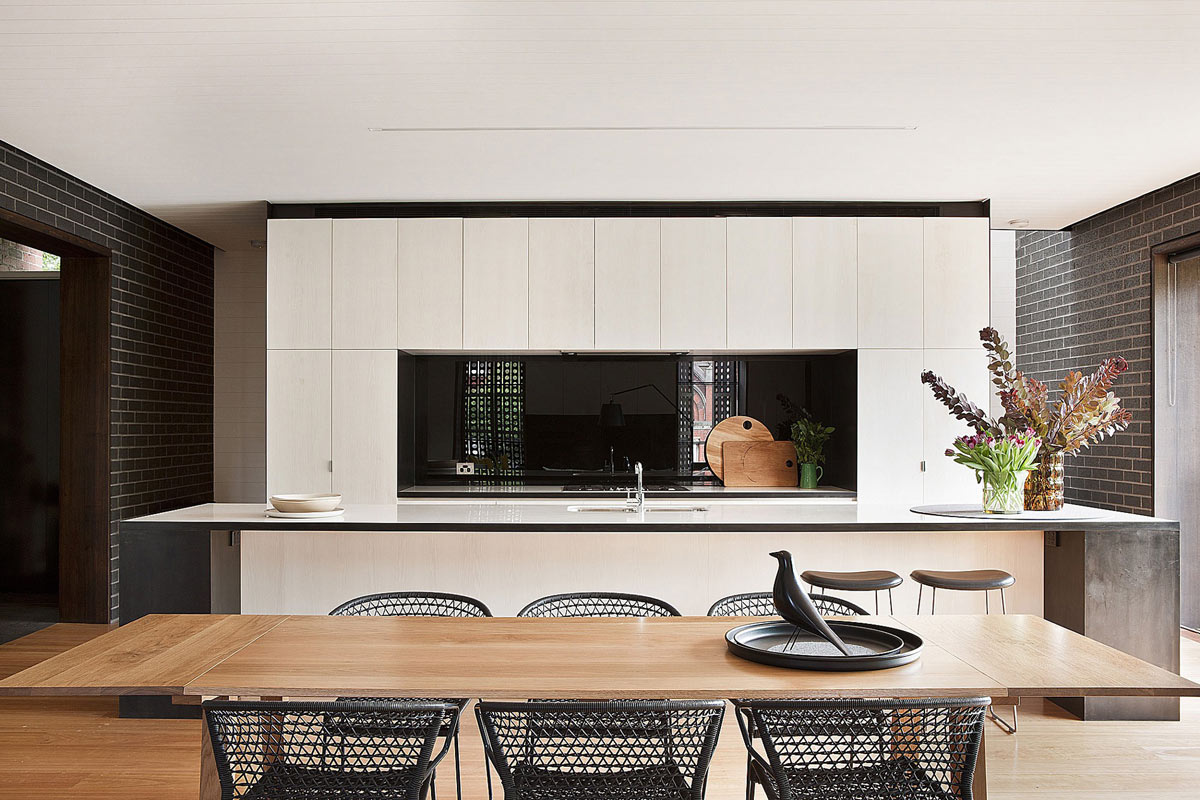 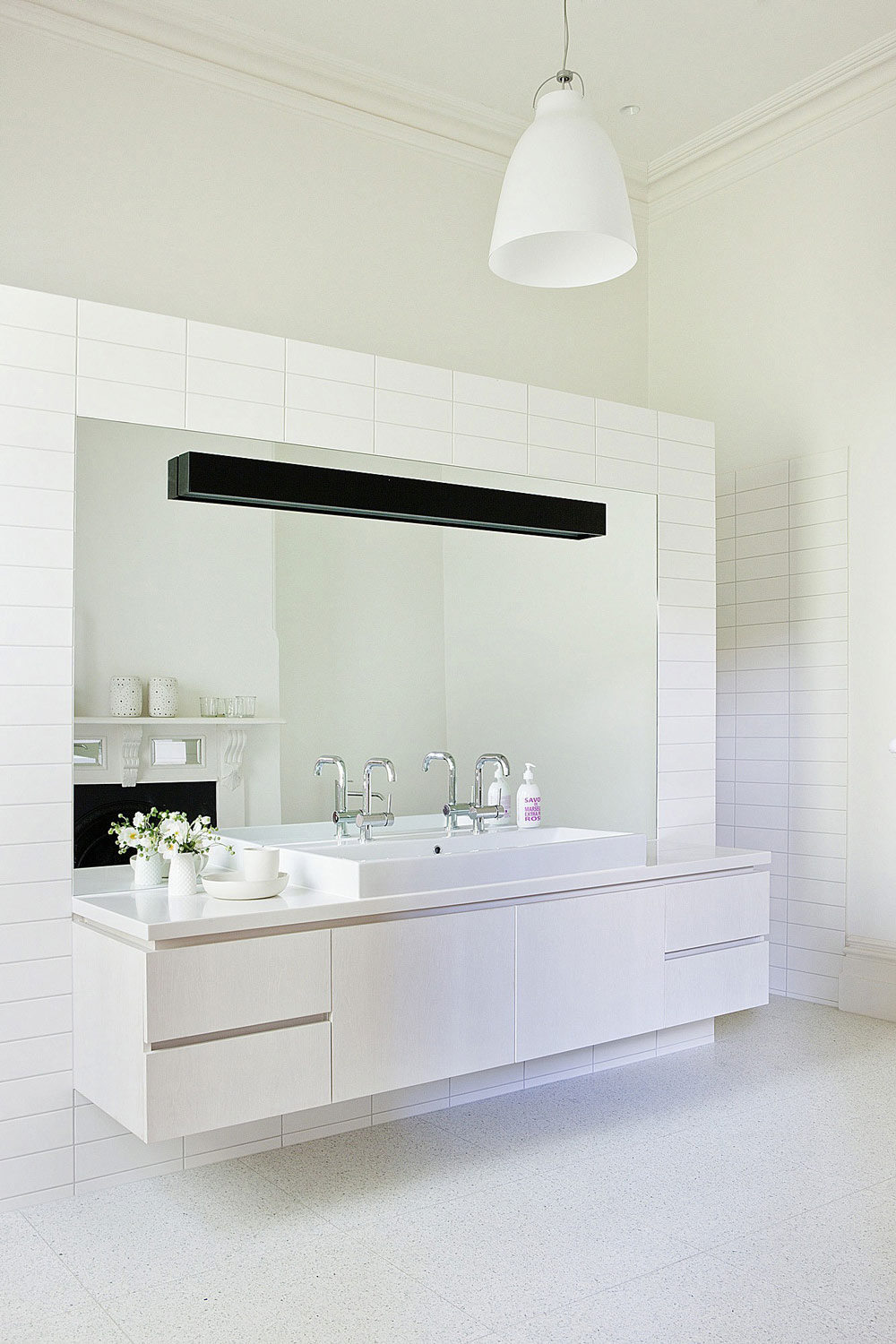 “This project involved the design of alterations and addition to an existing Edwardian house of some historical significance which is located in an area with a Heritage overlay.
The brief for the house revolved around accommodating a family, including 3 children. The proposal included 3 new bedrooms and activity space to the new first floor at the rear and a large family /kitchen area directly below.

The existing house included a new master bedroom / ensuite, study and the maintenance of the original grand dining room and lounge areas.

This was achieved through the use of a common materiality contrasting black brick for the new against red brick in the old.

The pitched external roof forms, a requirement of stringent Heritage guidelines, were expressed as “twin peaked” gable ends that aligned directly with the with the double valley hip roof of the existing house.

The external timber clad rain screen is defined as a one third proportion that aligns directly with the existing slate tiled roof of the existing house.

While compatible in terms of proportion and alignment the reductive abstraction of the new exterior and interior, suggests a new relationship to both the immediate garden and the greater surrounding context.

The use of materials normally associated with the exterior of a Heritage house suggests an inversion of our normal reading of an interior that is both surprising and yet reassuring in terms of its familiarity.” 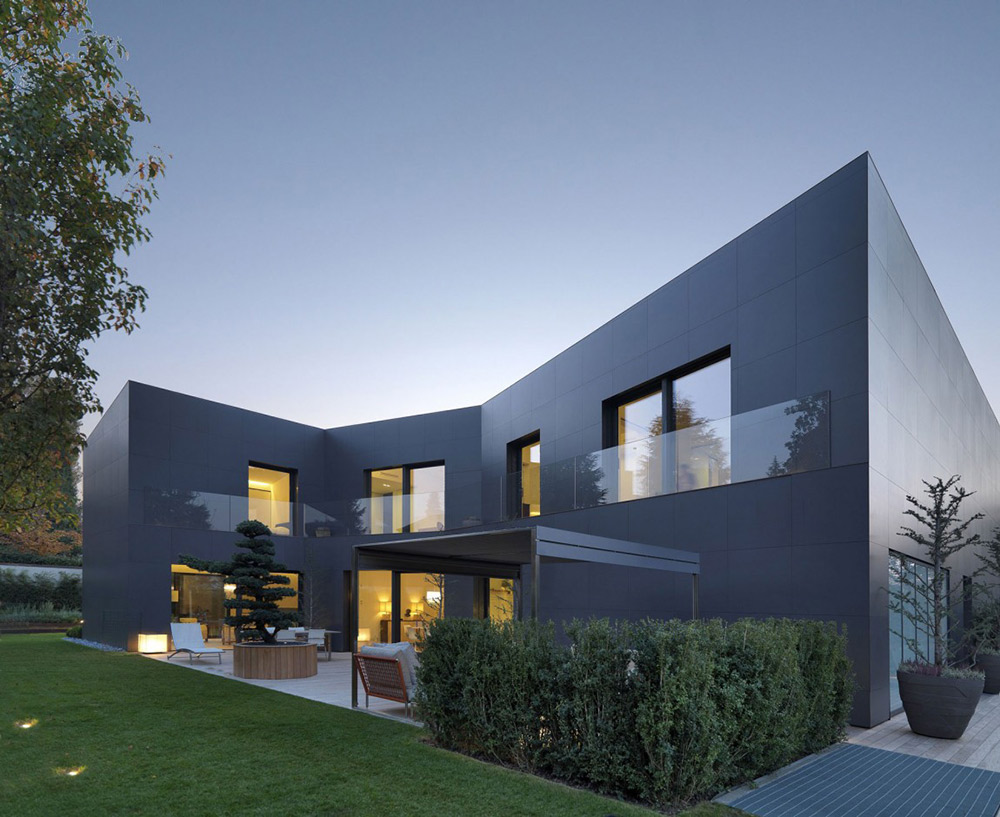 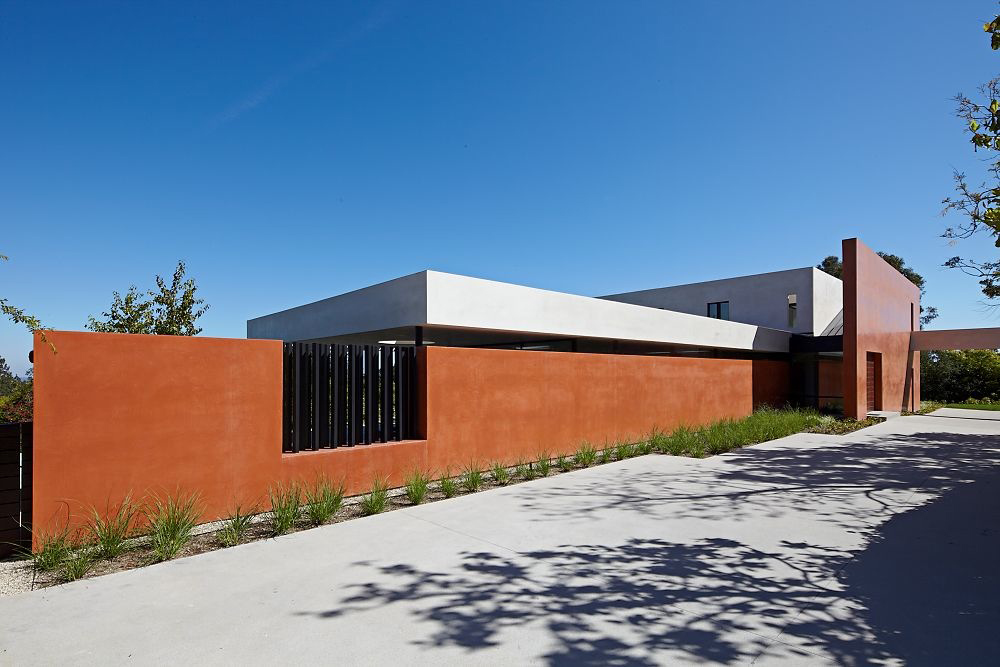 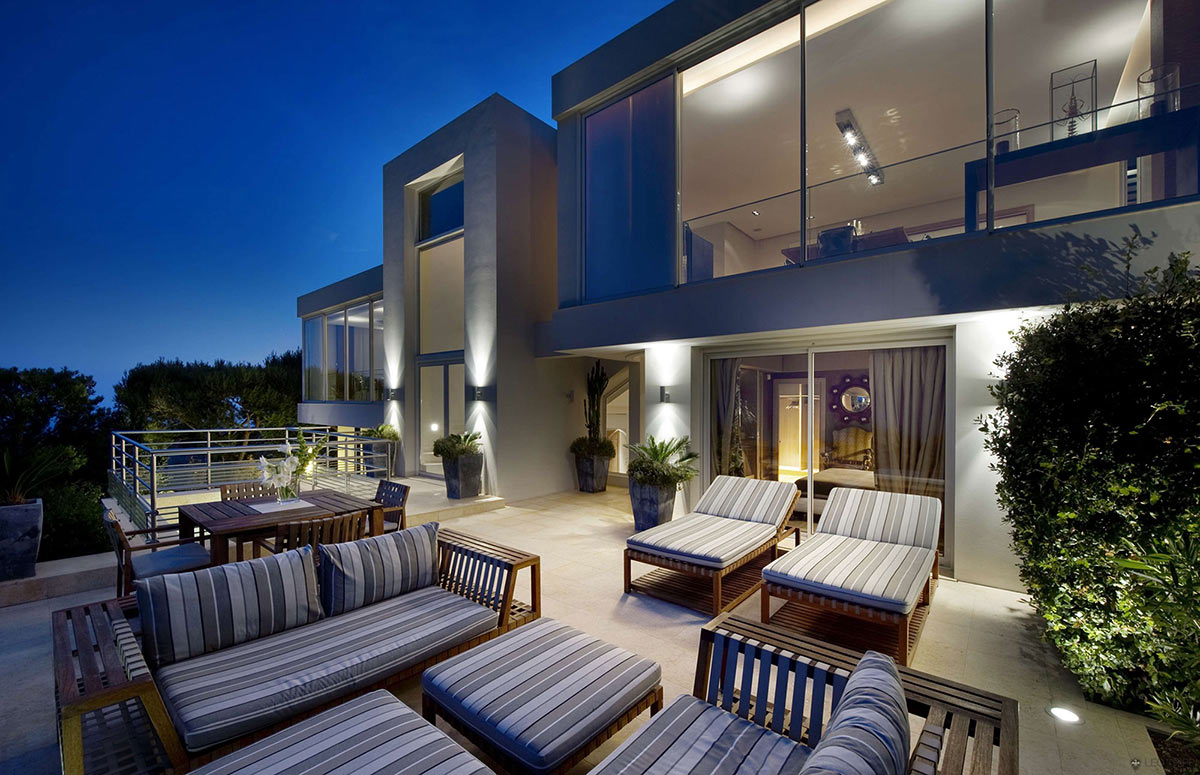 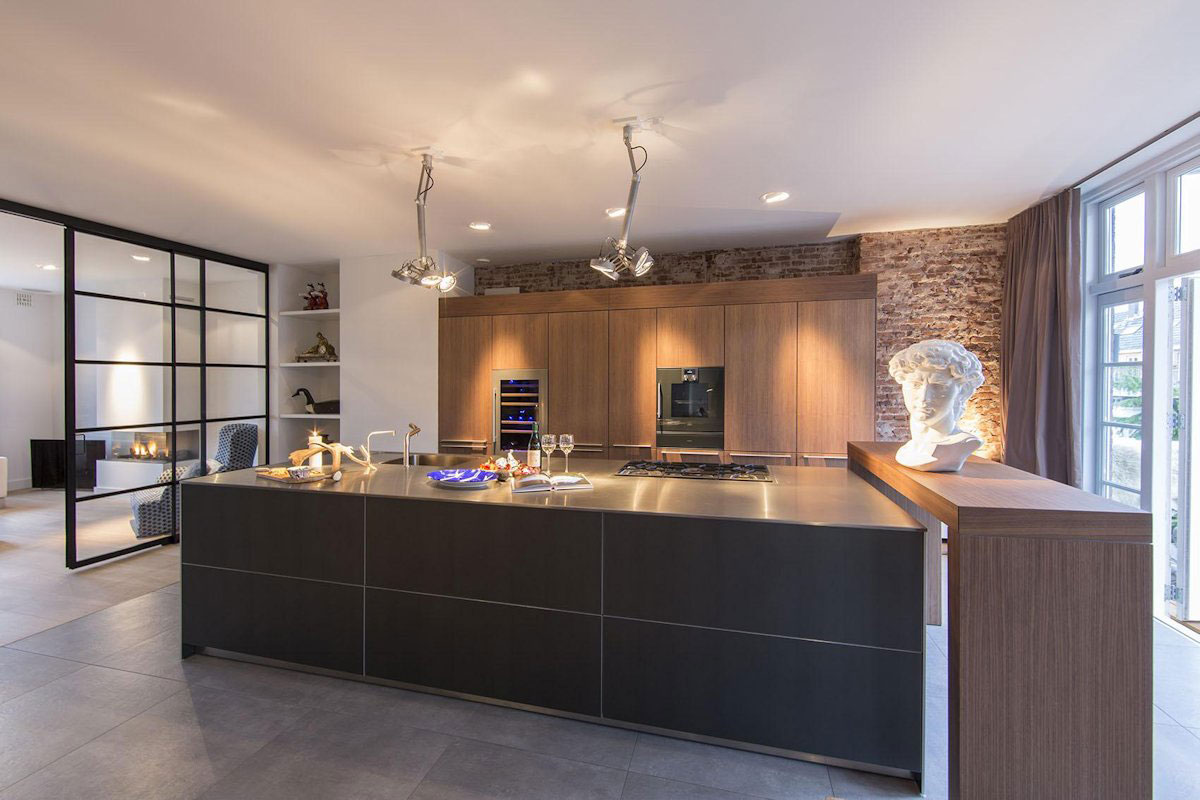