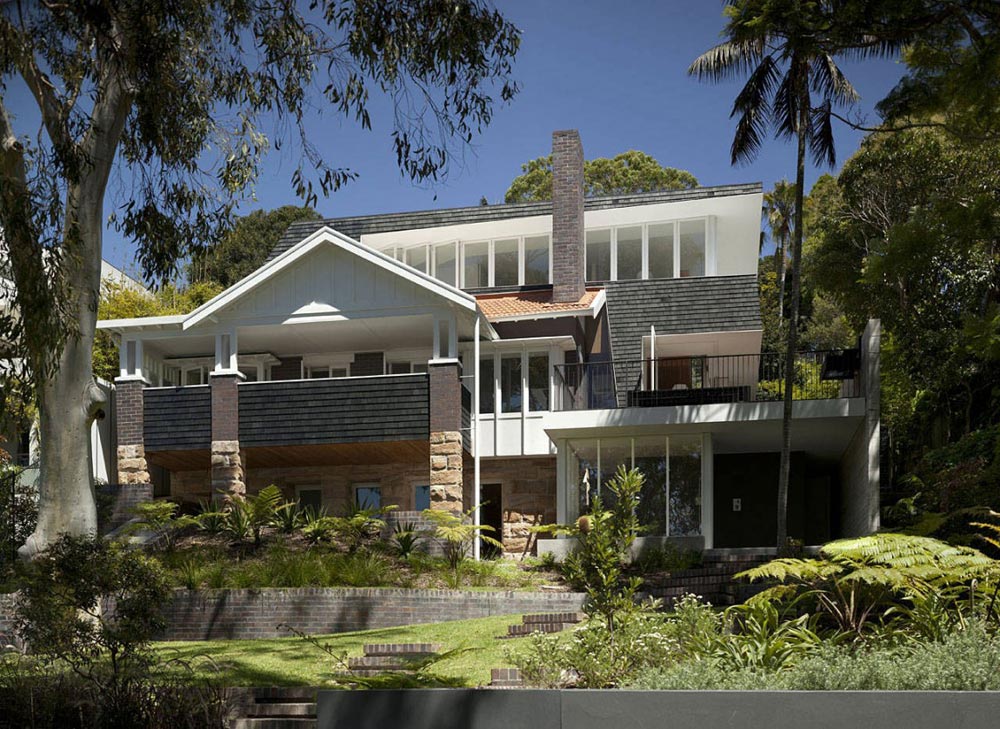 The Skirt + Rock House was completed in 2011 by MCK Architects. The project entailed the remodelling an existing bungalow; the clients required more space for their family. The property is perched on a hillside overlooking Vaucluse, an eastern suburb of New South Wales, Australia. 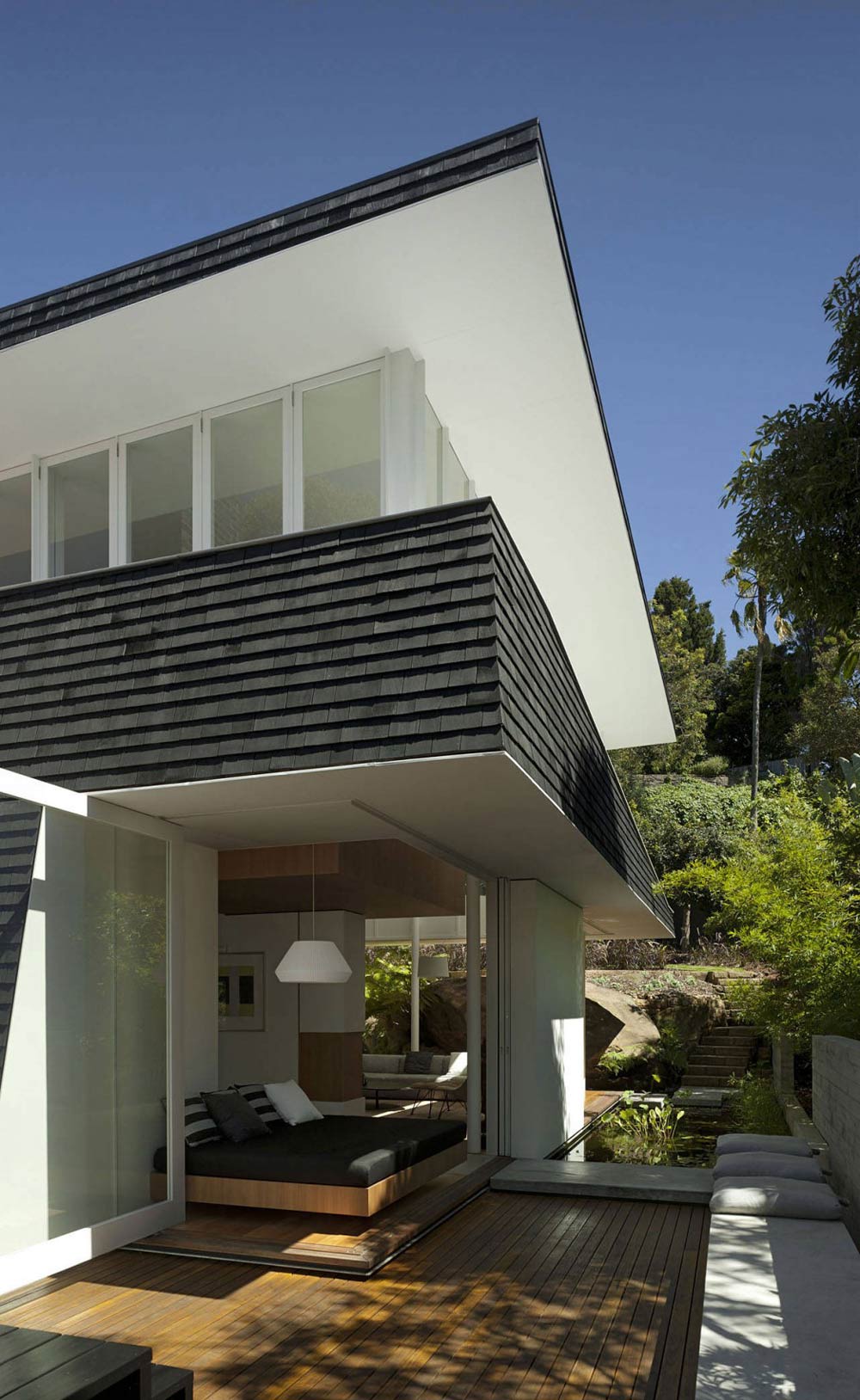 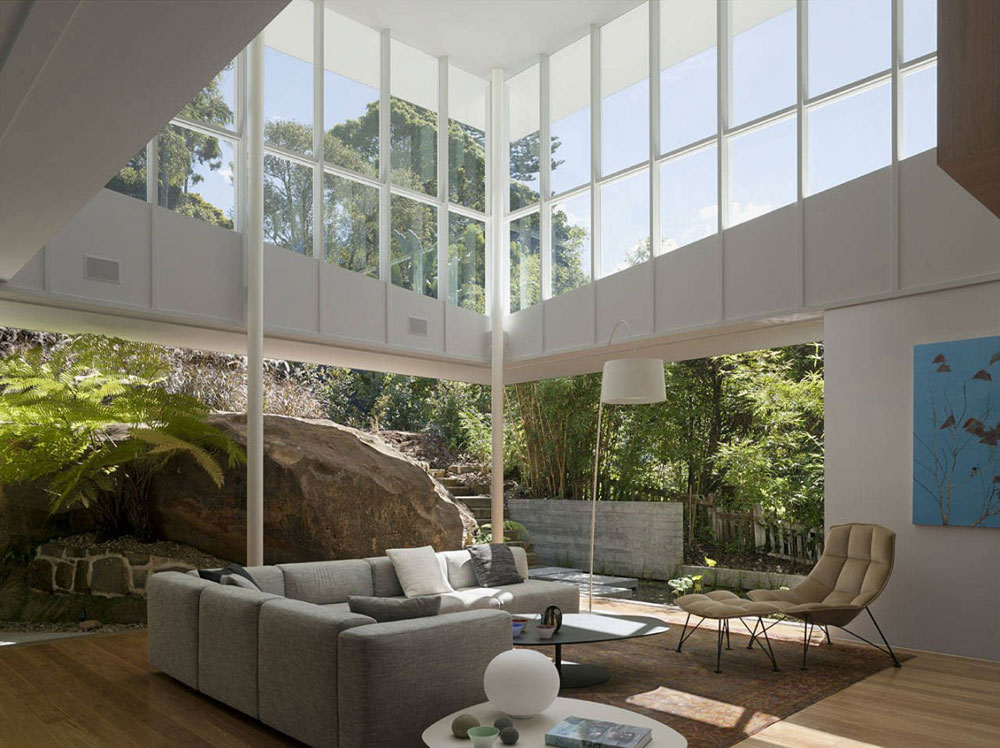 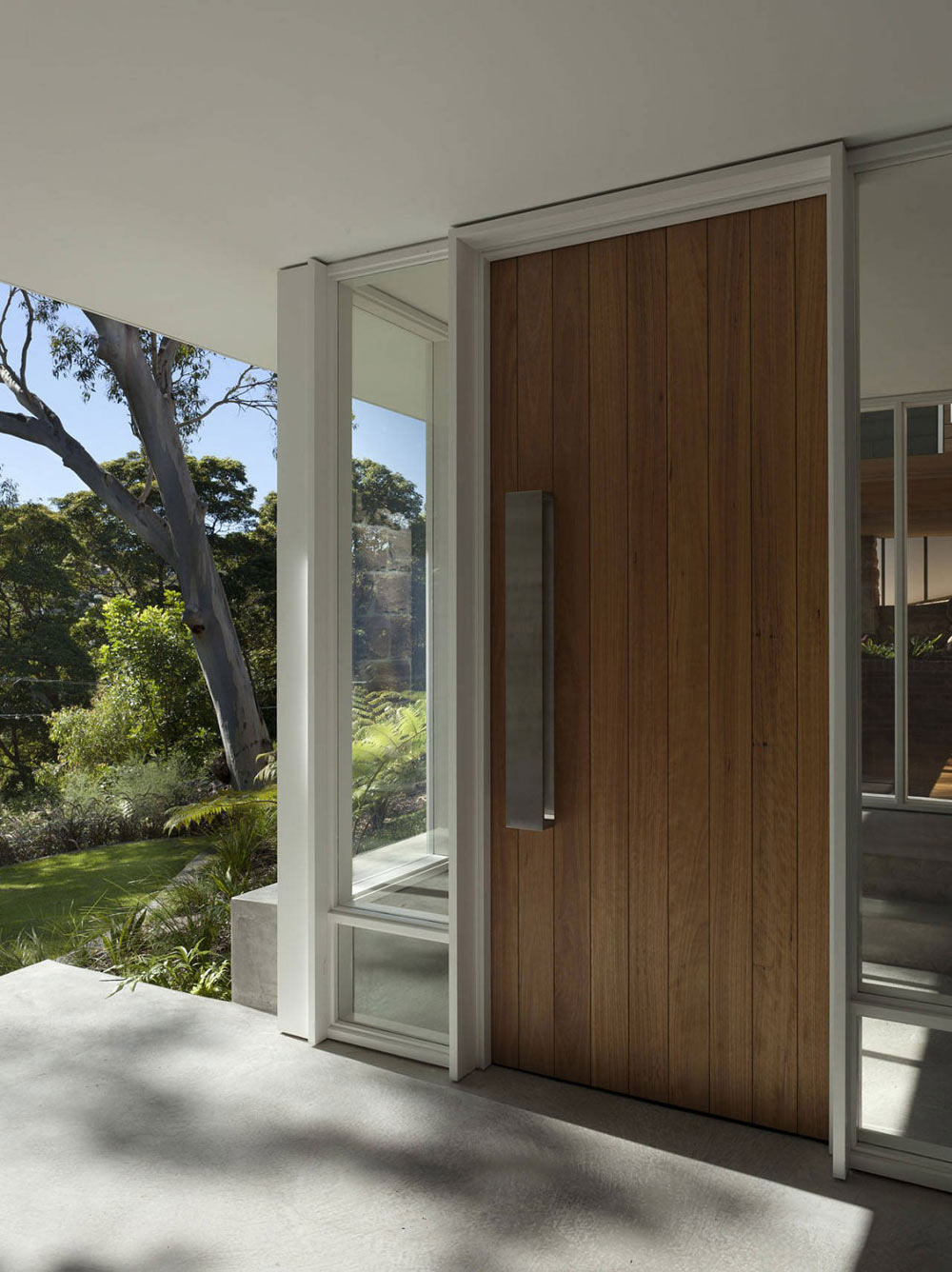 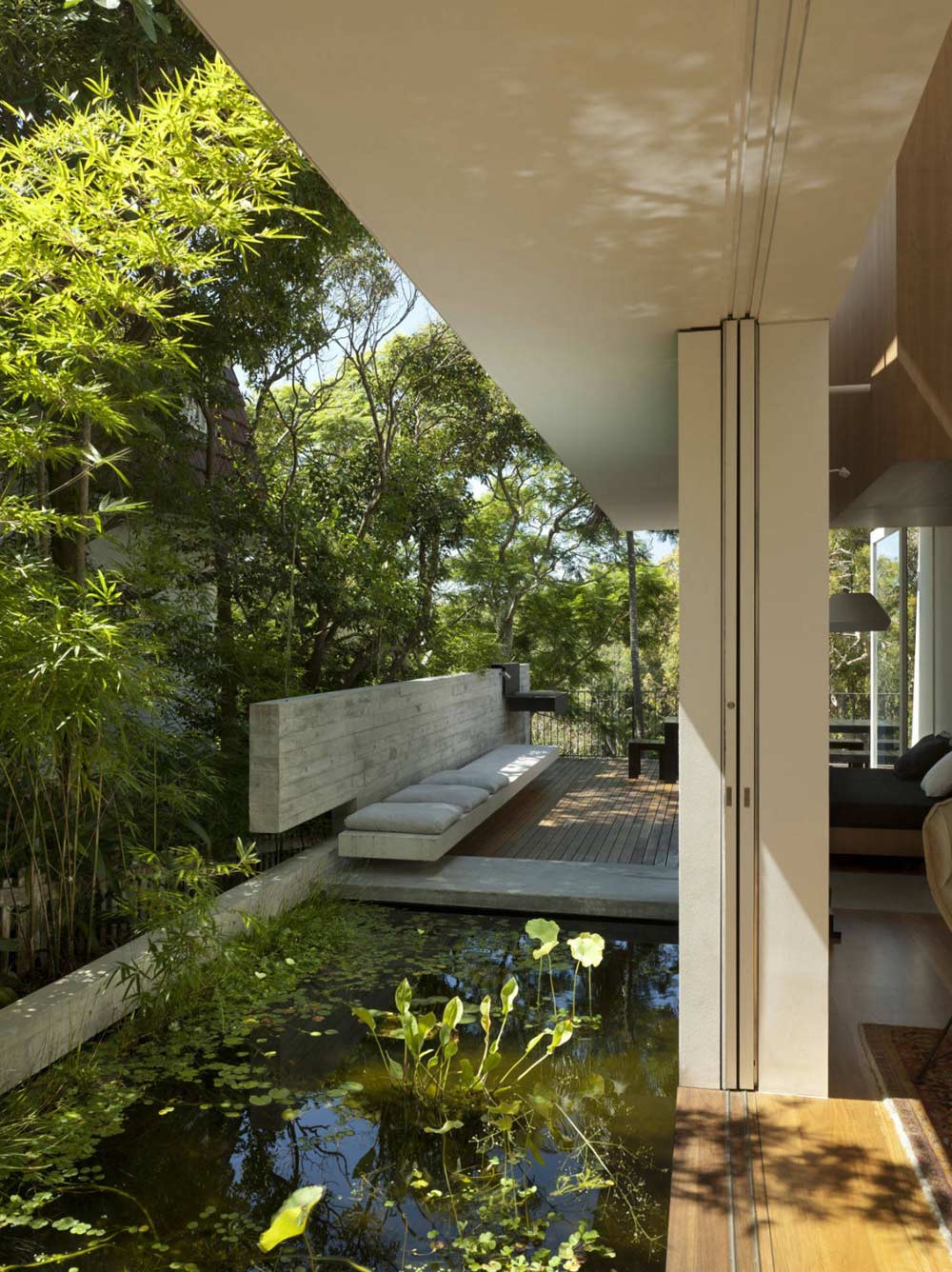 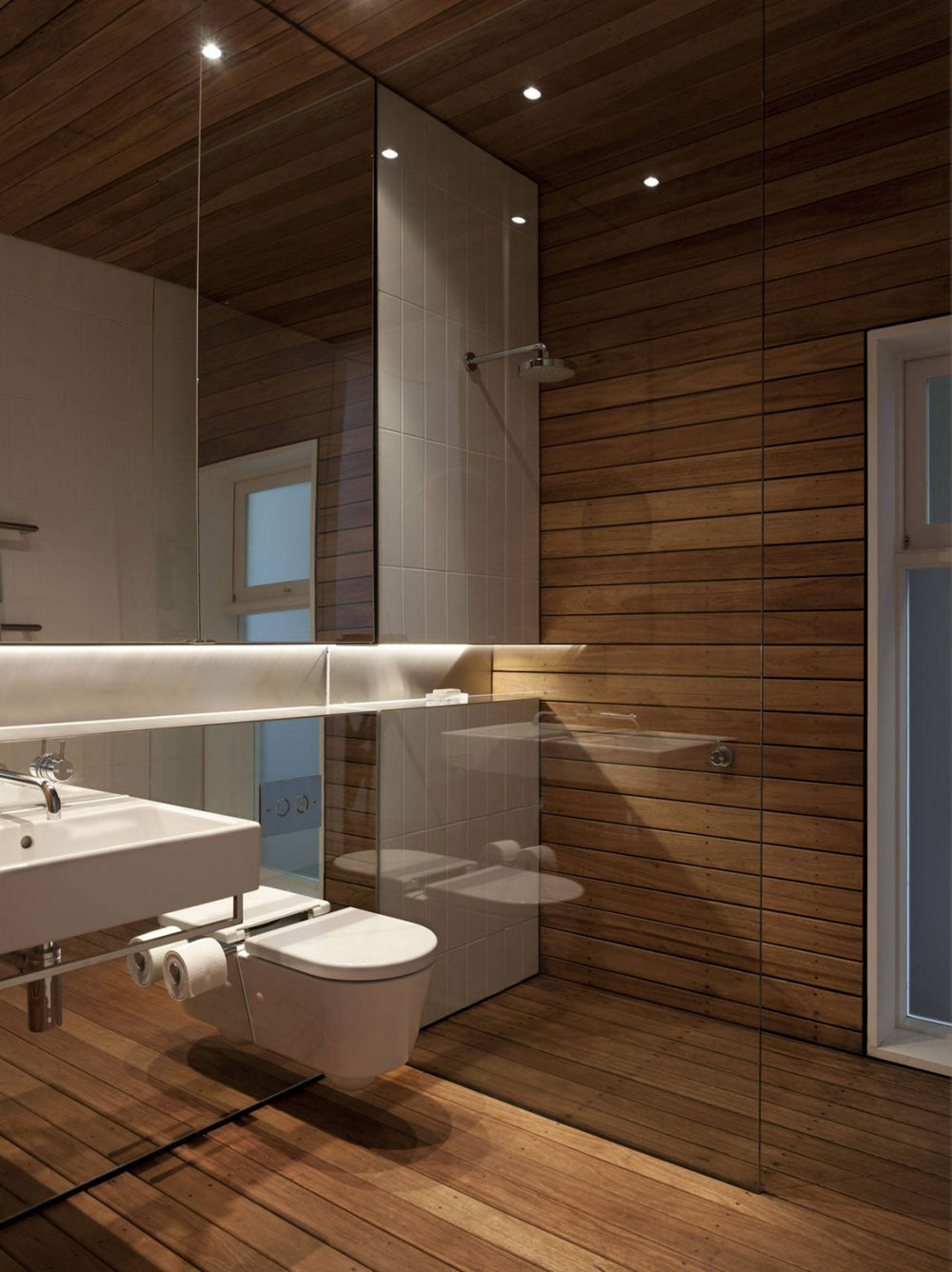 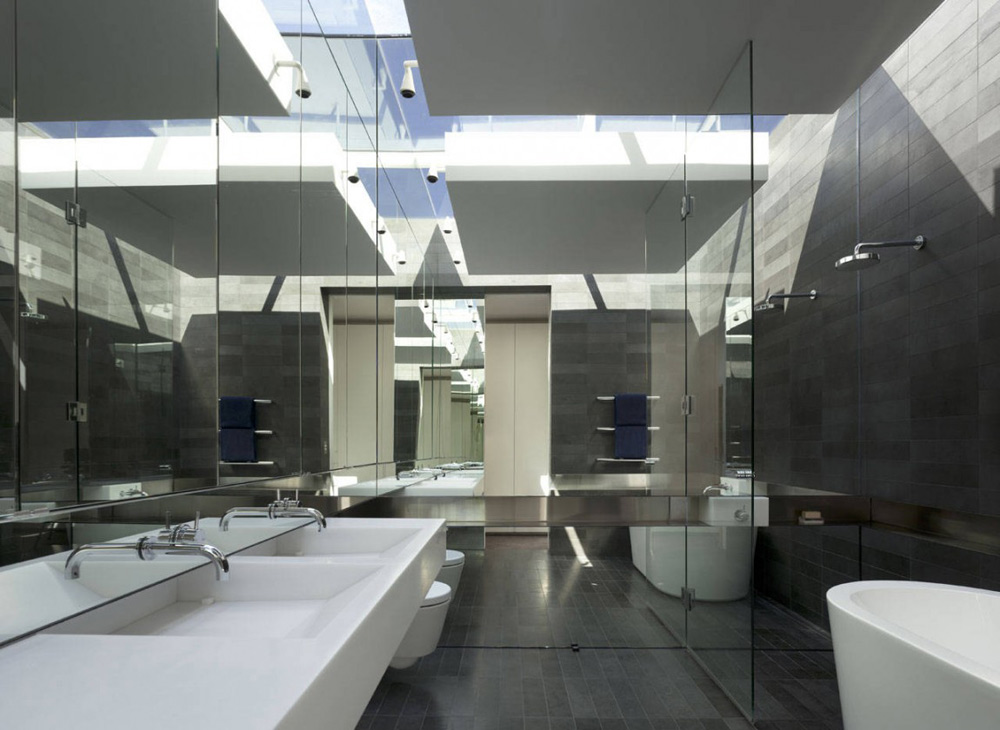 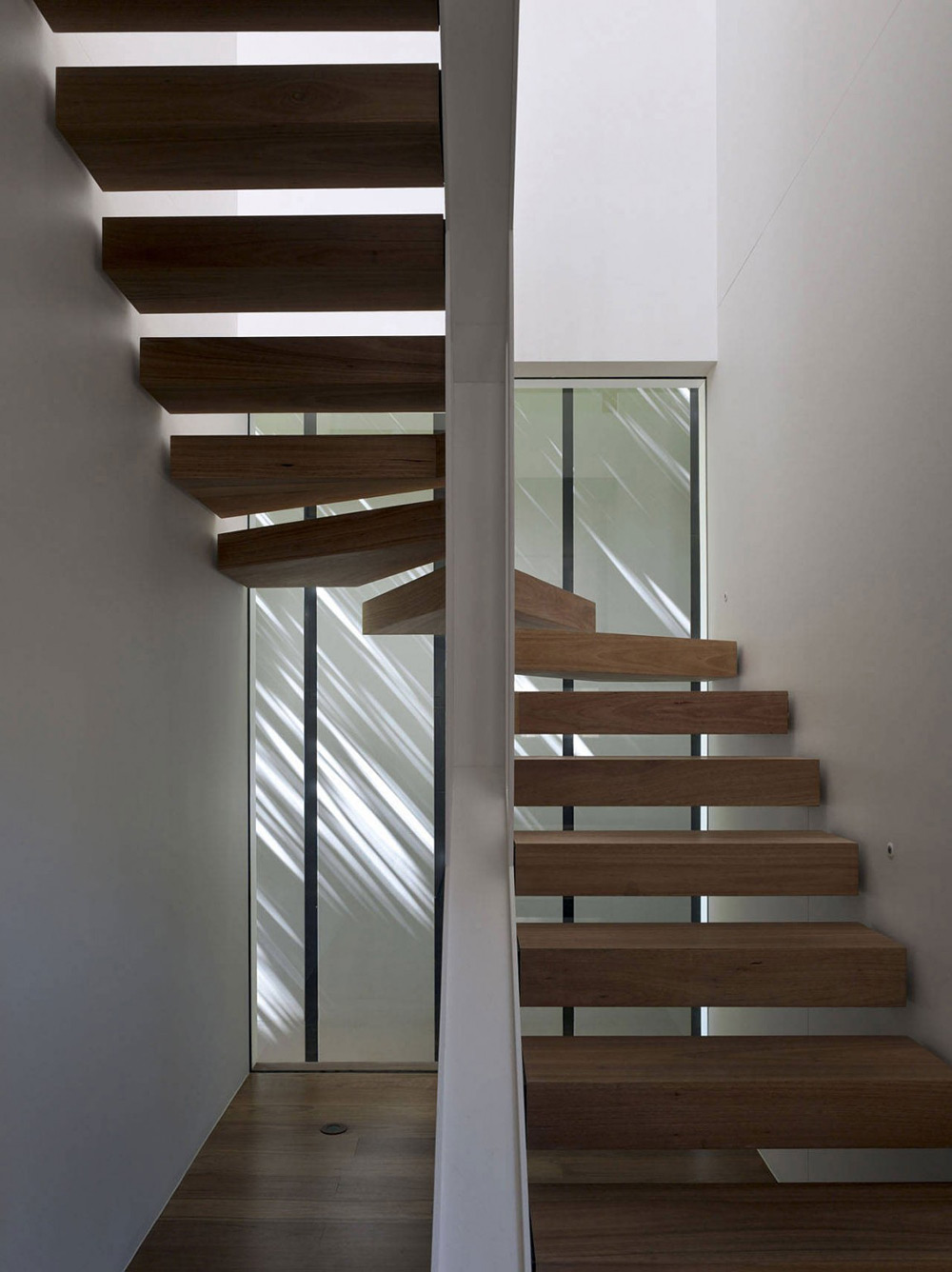 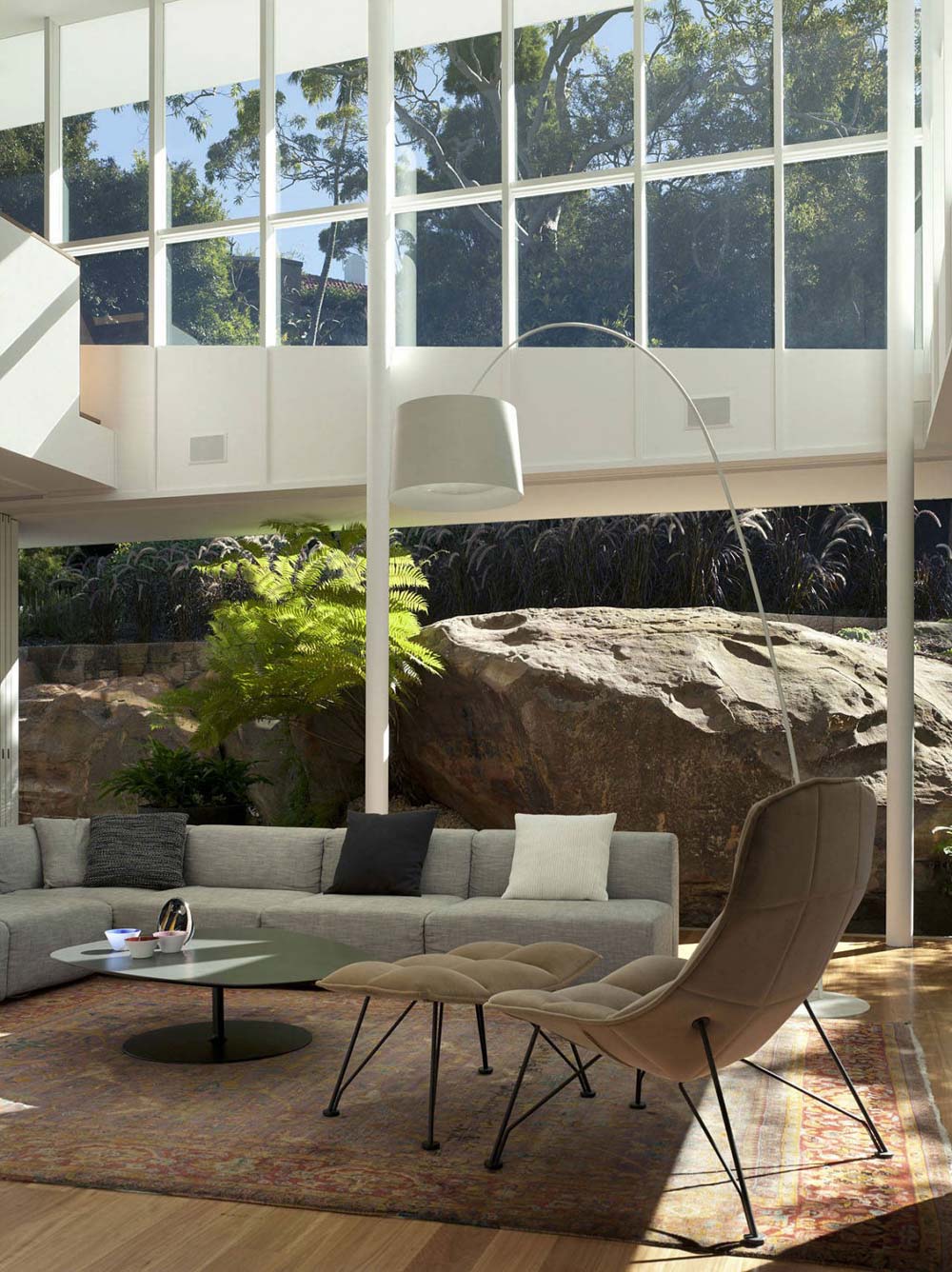 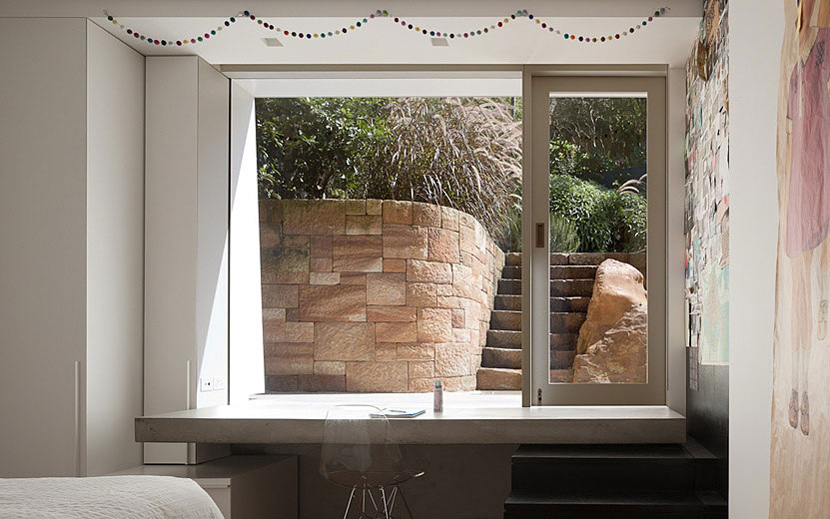 “On first visiting the site we were met with a modest bungalow perched on a hill overlooking Vaucluse House. The clients were equally modest, simply needing more space for their family with better connection to the garden, sunlight and air.

The garden was very important, and it became intrinsic to the design. A large rock that sat in the hill to the rear of the house became our focal and pivotal natural element in the new architectural composition. With the underlying philosophy of relative modesty, the new form is setback, maintaining existing amenity enjoyed by neighbours. The first floor is concealed in the black roof form, providing a recessive appearance from the street, nestling into the landscape.

Resting on two legs at opposite corners allowed the possibility of a clear opening to the garden at ground and main living level. Opening like an eye to the sky and trees it folds along the perimeter of the plan. When describing to the client the experience one might feel standing in the lounge room looking out, the analogy of a skirt was used and then stuck, hence skirt and rock.” 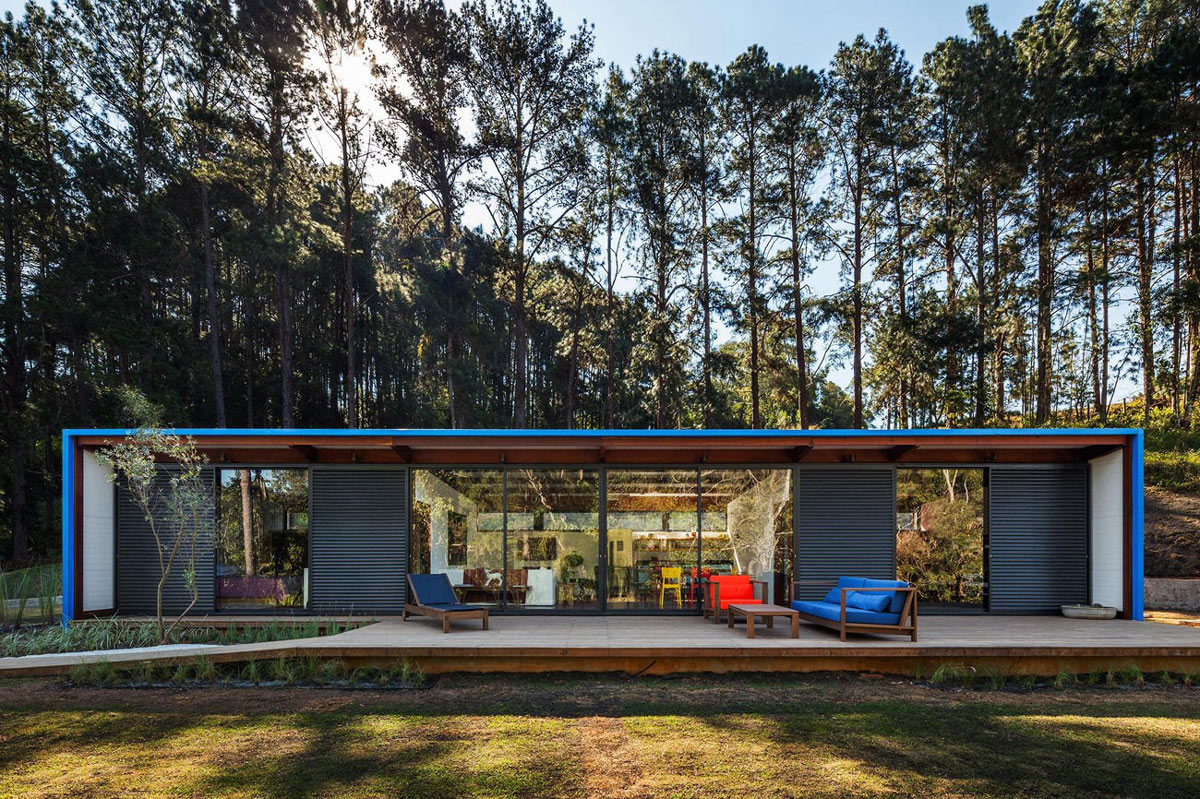 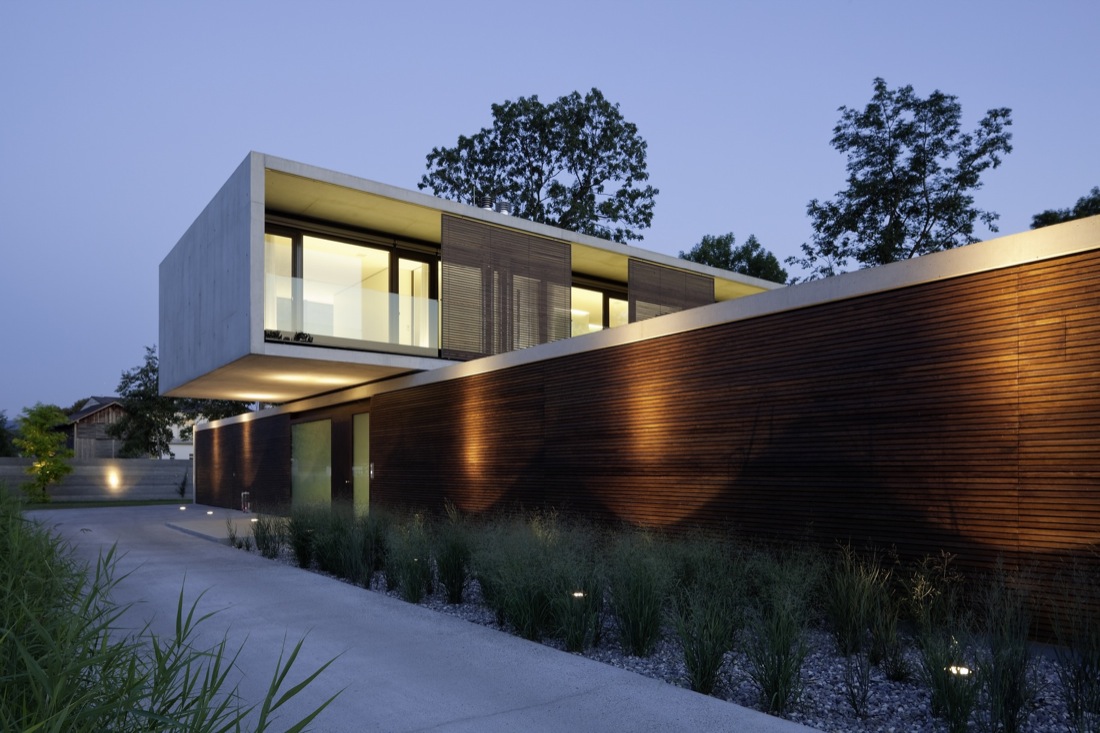 Cantilevered House in the Town of Hard, Austria 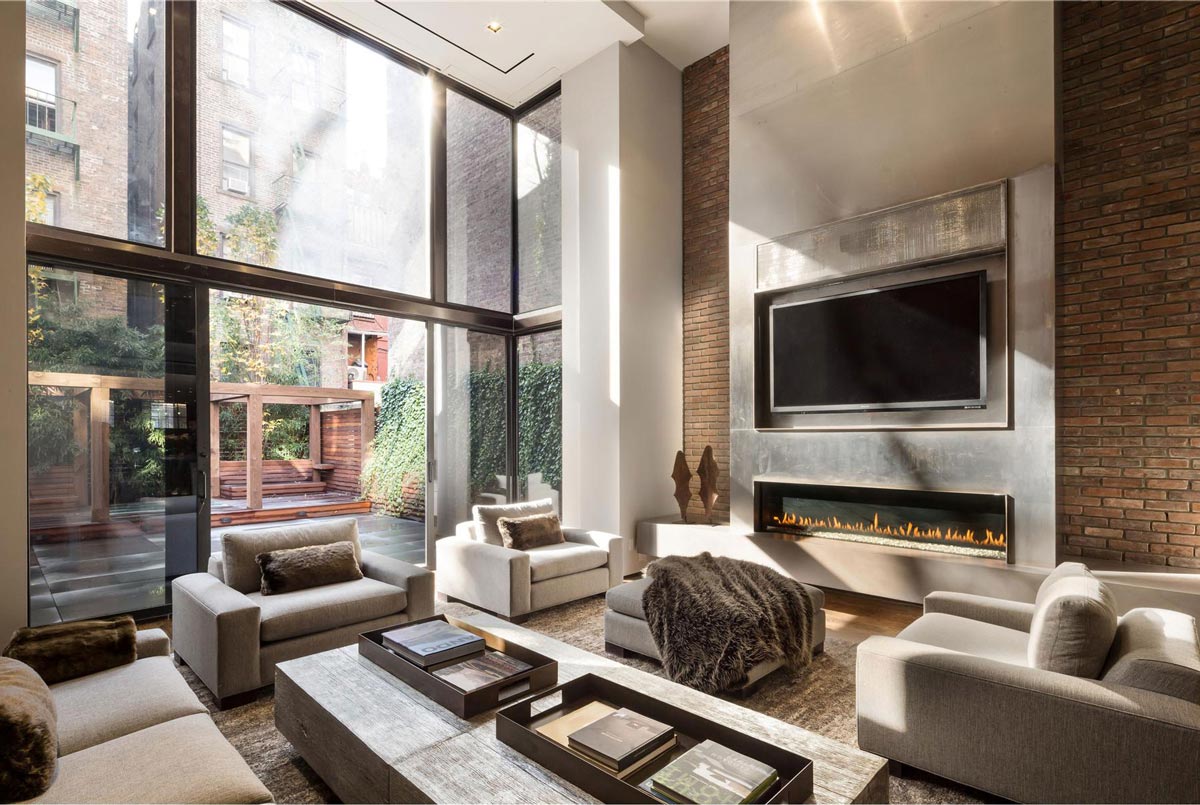 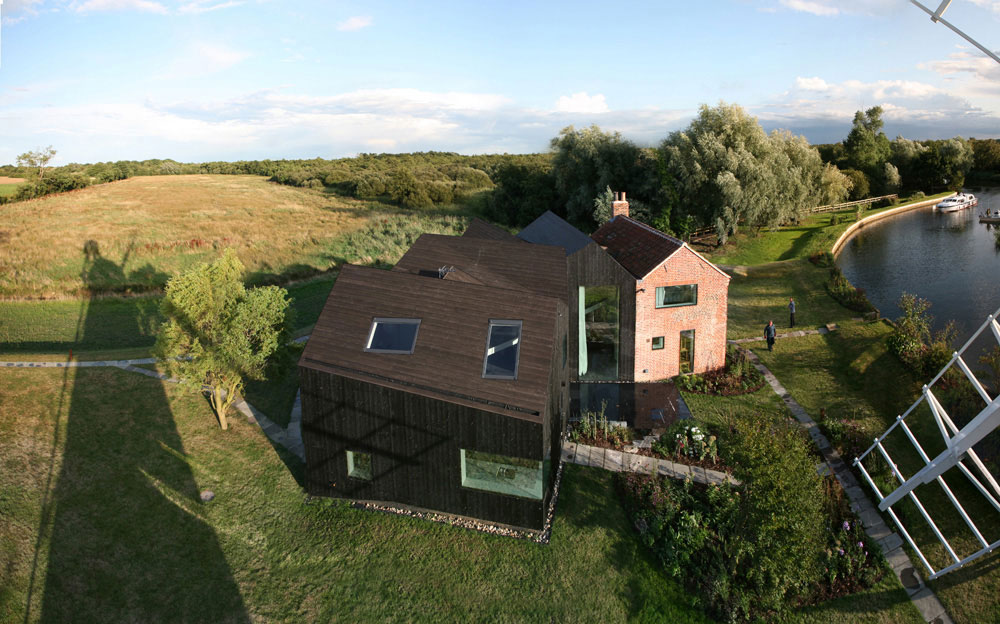 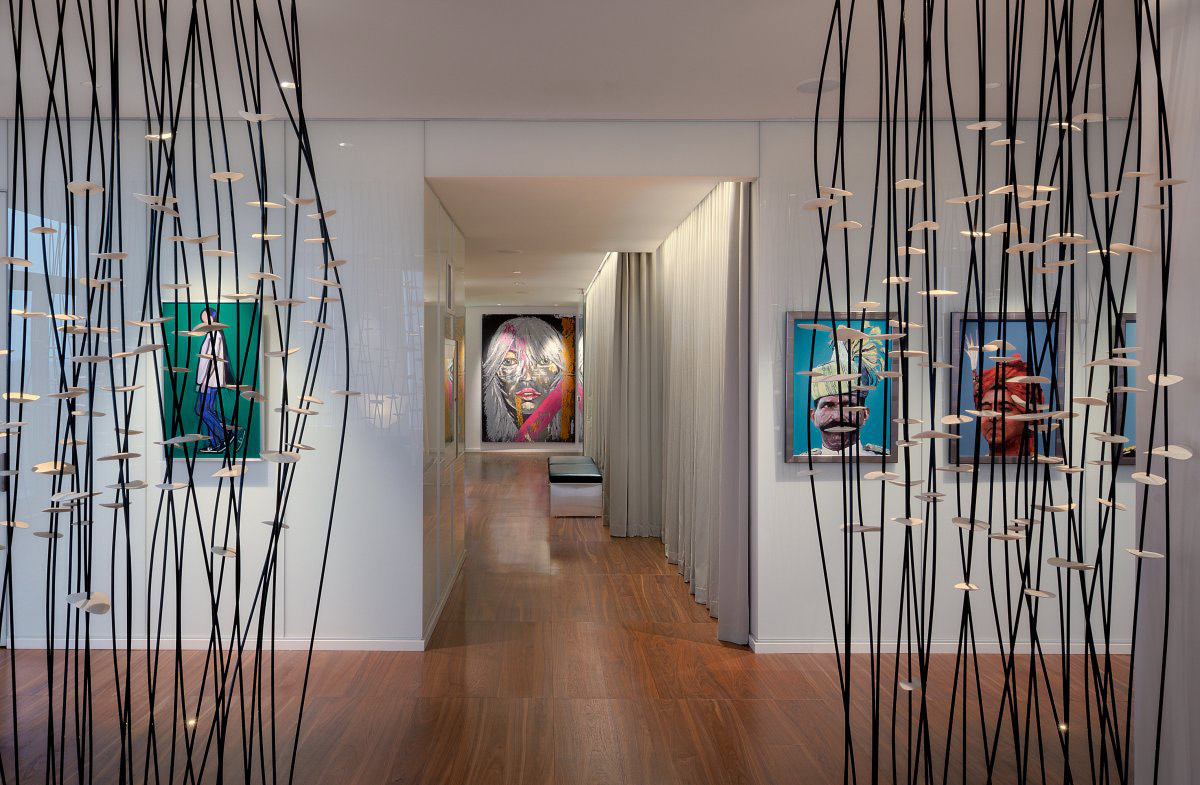 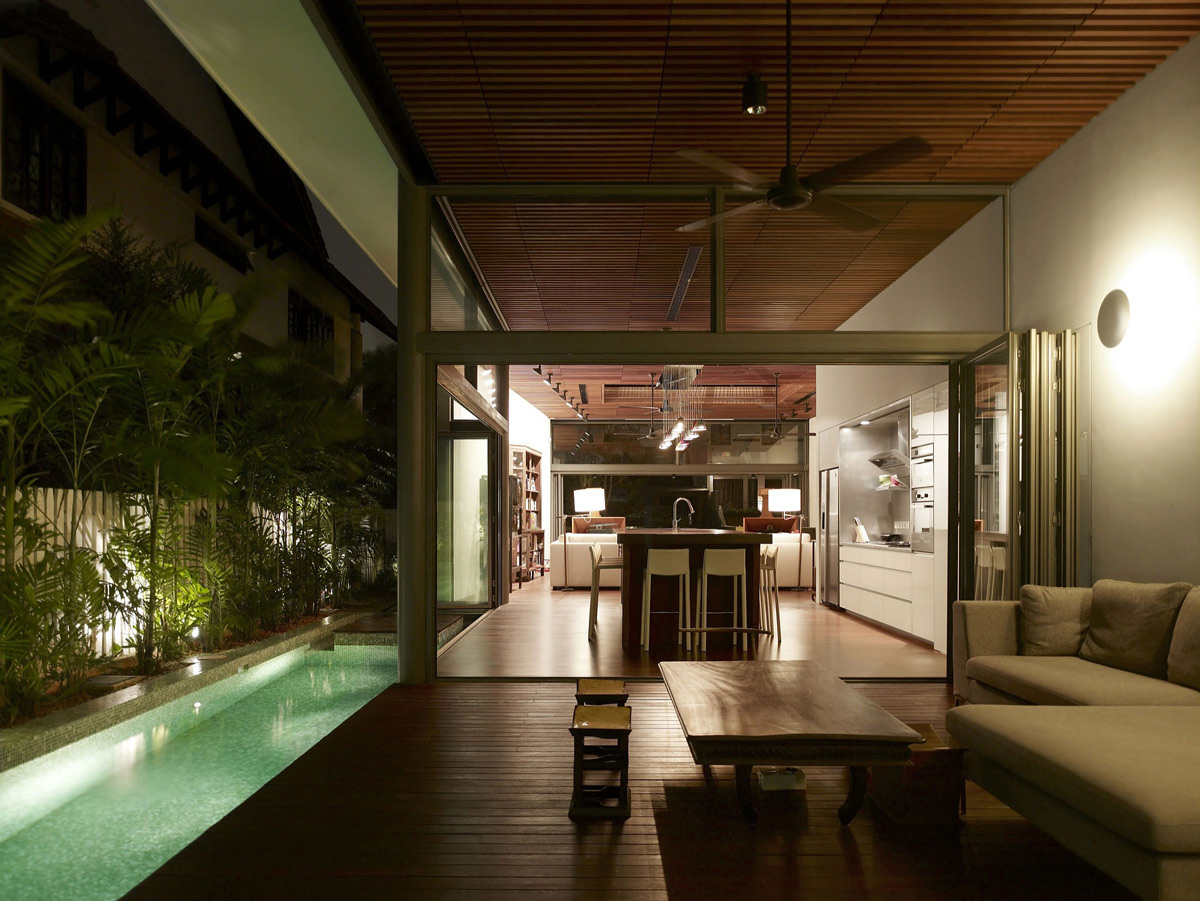